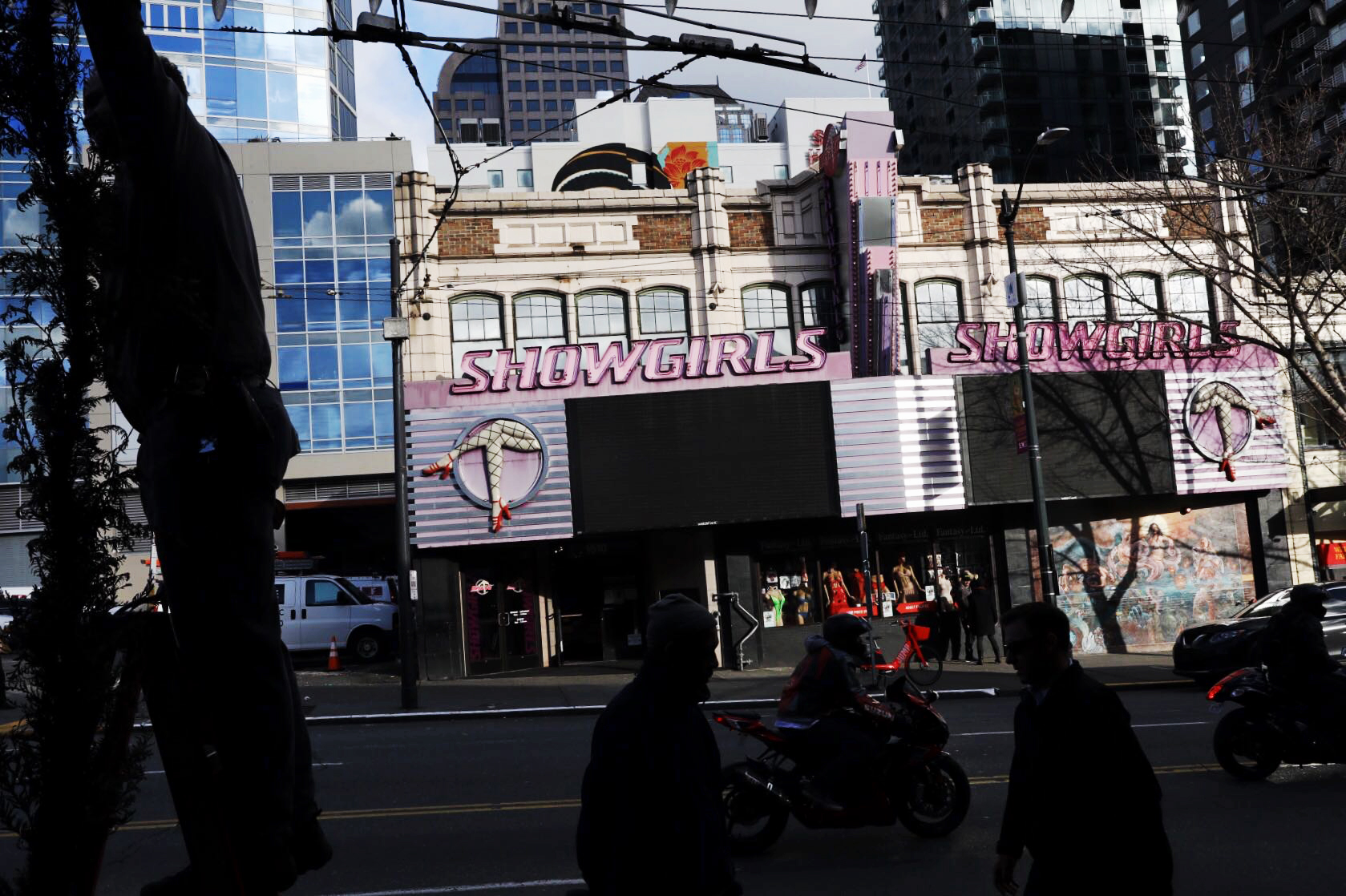 It costs Aubrey Watkins a lot of money just to start her workday.

A house fee of $180 to $400 or more goes to the strip club when her shift begins. That’s rent for the time and space for her to dance for the club’s customers.

She also tips the bouncers. They keep guys from pawing and assaulting her in the club or in the parking lot. No tip might mean no protection in the lot as she heads to her car. Deejays get a tip so they’ll play songs she likes when she dances up front on stage. Some managers need to be tipped so Watkins can avoid hassles with scheduling, including getting access to the more lucrative VIP rooms.

So Watkins starts each shift in the red and has to hustle plenty of dances just to get herself in the black. A standard charge for a lap dance is $30, and for a dancer to spend 15 minutes in a VIP room, a customer usually pays $150. But in both cases, a third of the money goes to the club.

It’s a business model that some Washington legislators think could be unfair and they might want to change it, for both the economic well-being and the safety of the dancers. In advance of the legislative session that starts next week, the labor committee of the state House last month held a hearing, reported on at the time by some news outlets, on the work conditions at the clubs.

Watkins and two other dancers who Crosscut interviewed later said they like their work. She and another woman, who wanted to be known as Ashley, have been doing this for roughly 20 years. Aaliyah Topps has danced for five years.

They say they like dancing. They especially enjoy the money and independence. Exotic dancers are independent contractors, technically small businesses, who frequently can pick their own hours. But it is a business model that is a two-edged sword. A dancer has little control over the working conditions, and safety issues, they say, boil down to how well a dancer tips the bouncers to look after her.

And the money from exotic dancing can be very good — once a dancer earns that initial $180 to $400 to pay the strip club (both figures were cited in interviews). On a busy shift, dances and tips pile up. Watkins, in her late 30s, has three sons and is paying college tuition for two.

But on the inevitable slow nights, a dancer can’t even make enough to pay off the initial house fee.

That can be a big problem, the dancers say, because the common, informal practice is that performers won’t be able to work again at that particular club until they pay up the rent still owed from a previous shift.

Topps and Watkins briefed the Washington House Labor & Workplace Standards Committee on Dec. 3 in Olympia. Watkins and Ashley did follow-up interviews at a later date.

The advocates — Jeri Moomaw of Innovations HTC, which tackles human trafficking, and Rachel Lauter, executive director of both Working Washington and the Fair Work Center — pointed to a 2017 University of Minnesota study of working conditions in strip clubs that echoed concerns raised by the Seattle dancers.

Rep. Tina Orwall, D-Des Moines, and Sen. Rebecca Saldaña, D-Seattle, are thinking about tackling workplace safety bills for exotic dancers. To Orwall, exotic dancing’s world is prone to sexual assault — an area in which she has taken a legislative interest with work on such topics as backlogs in the handling of rape kits and DNA tests involving sexual assaults.

Orwall said they are unsure what a workplace safety bill for exotic dancers will eventually look like. “We’re trying to help them have a voice,” she said.

A bill could address consistency in house fees and provisions in those fees for dealing with slow shifts, she speculated. Legal protections might be installed for dancers wanting to call police, Orwall added.

Orwall is also pondering whether the state government should get involved in proactive inspections. Right now, the state Department of Labor and Industries inspects only after receiving complaints — five in the past 10 years, mostly involving tripping, strained muscles and broken glass, with no hospitalizations or violations resulting from the incidents. The state currently is not involved in licensing clubs or dancers, which is what some county and city governments do. In Seattle, an exotic dancer pays $150 a year for her business license as an independent contractor, while a strip club’s license is $755 annually.

Another approach to workplace safety could be revising what can be required in a dancer’s contract with a club, Orwall speculated. As independent contractors, exotic dancers don’t have the same state legal protections as a business’ employees.

Ensuring that dancers know their legal rights will likely be worked into a bill, including provisions involving posting such rights in the clubs or requiring those rights to be covered in club training sessions. Watkins said, “We need to know our rights. We need to know what the rules are.”

All three dancers said managers discourage 911 calls under the philosophy they don’t want police at the clubs, and they don’t want a bunch of police reports under a club’s name when it renews its business license. Watkins said a dancer was sexually assaulted in a north Seattle club last summer, and the manager talked her out of reporting the attack to police.

“I think there should be severe penalties for preventing someone from calling 911,” Ashley said.

Roughly 50 dancers in King County are trying to organize, but likely not as a union. Right now, the dancers are trying to figure out what their objectives should be as an organized group, Lauter, Watkins and Ashley said. In 2015, dancers in Oregon hired two lobbyists to push the state legislature for improved work conditions. Later that year a bill to create a hotline for dancers to report problems in clubs was signed into law.

The University of Minnesota report identified some of the major problems for dancers as the need to tip other club employees, inconsistent house fee rules, discouragement from calling 911 and inconsistencies in formal and informal rules on dealing with unruly customers . “Taken all together, many entertainers believe that the arbitrary and large amounts of money required for house fees, tipping, and fines are a form of economic exploitation of entertainers,” the report said.

In addition to protection from erratic house fees and penalties, Ashley, Watkins and Topps also suggested potential laws on requiring minimum numbers of bouncers on the premises, panic buttons in VIP rooms or security cameras that are working properly and effectively placed. ”A lot of the time, there is no security,” Ashley said.

Topps and Watkins also told the labor committee about problems in several bathrooms used by dancers in strips clubs — broken toilets, no hot water, water on the floor — that club owners have been slow to fix.

At the committee hearing, club owner Forbes and manager Finck said the dancers were responsible for damaged toilets in some clubs because they stuff items such as tampons and baby wipes down them.

Finck said someone always escorts the dancers in the parking lots, and the clubs owned by Forbes have themselves called in police on occasions. Forbes added, “In our state, we are very highly regulated.”

Ashley said: “We just want a safe workplace, not something like [the Sally Field movie on unsafe factory working conditions] Norma Rae.”