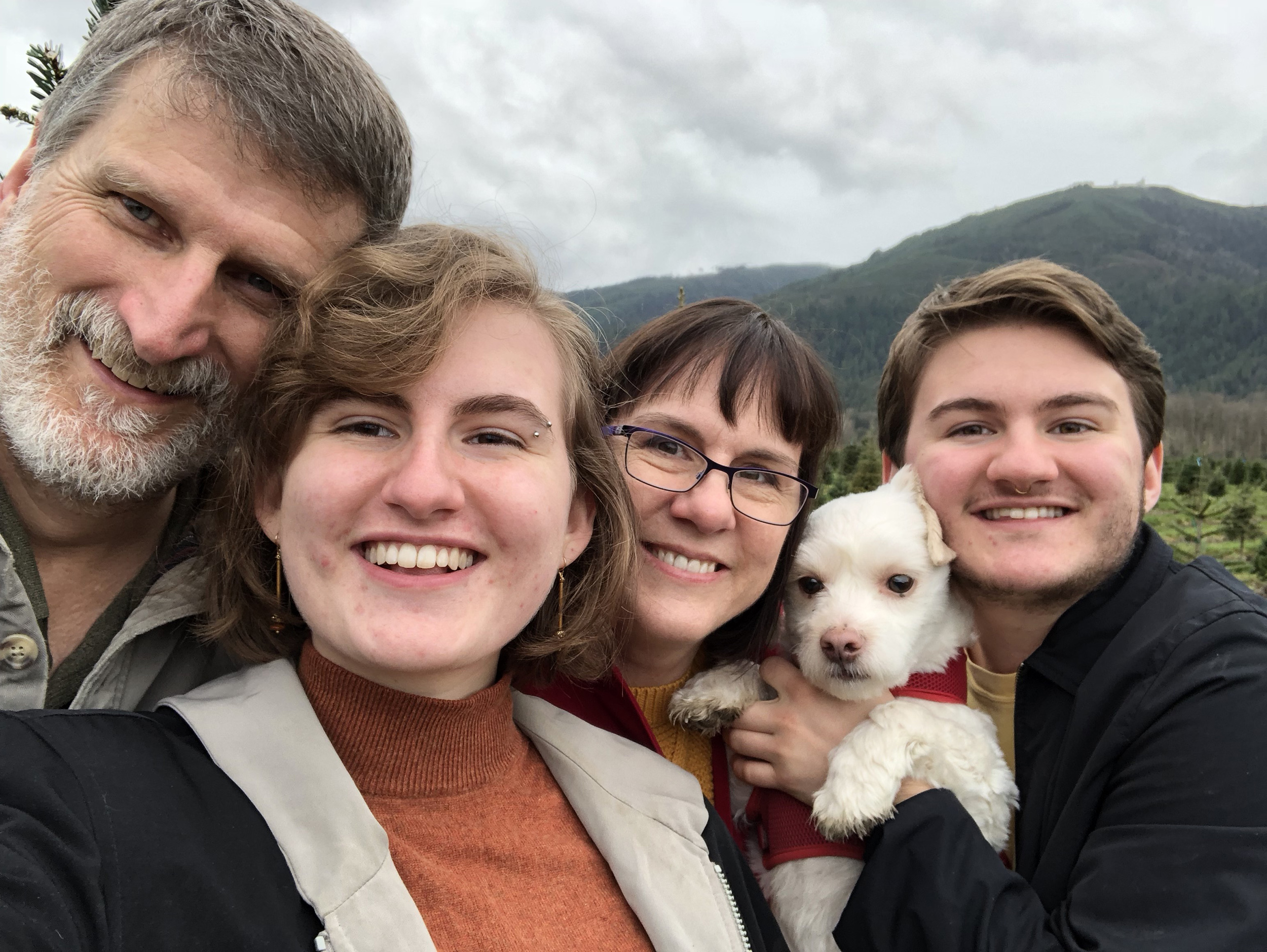 Cheryl and Mark Enstad with their two children, Maya and Paxton, in a 2018 photo. (Courtesy of the family)

A few years ago, Paxton Enstad was barely able to get out of bed. He had stopped doing well at Bellingham's Squalicum High School, no longer participating in extracurricular activities such as swimming — or even showering.

“As soon as puberty started there was a big change for me, and I just really felt uncomfortable,” Paxton said in a recent telephone interview.

Paxton’s parents noticed. The teen was wearing baggy clothes. A medication for depression helped only slightly.

“We were losing our kid,” said Cheryl Enstad, Paxton’s mother. “He was spending more and more time in bed. He was missing school.

“He was not functioning. He was so depressed.”

Slowly, Paxton started putting the pieces together by doing research on his own. There was a name for what he had: gender dysphoria. Paxton, labeled a female at birth, was transgender.

“I didn’t want it to be true. I spent a while trying to make it not true,” he said. “It just got really bad, and I had to tell my parents.”

The family’s troubles, however, were far from over. After his doctor suggested it would be the best way to treat his gender dysphoria, Paxton had chest reconstruction surgery the following year, in 2016.

At the time, his mother, Cheryl, was a medical social worker at PeaceHealth St. Joseph Medical Center in Bellingham. But PeaceHealth refused to cover the surgery. After taking out a second mortgage and using money from his college fund, the family paid approximately $11,000 out of pocket for his operation.

“When he had surgery he just looked down, and his face lit up,” Cheryl Enstad recalled. “We just thought, we got our kid back.”

Then the Enstad family sued PeaceHealth.

“We feel that it is discriminatory to say all transgender care isn’t covered,” Enstad explained.

Now, PeaceHealth, a nonprofit, Catholic health-care organization based in Vancouver, Washington, with 10 medical centers and approximately 16,000 employees, has changed its employee policy on transgender care after settling its lawsuit with the family, who was represented by the American Civil Liberties Union of Washington.

The lawsuit, filed October 2017 in U.S. District Court for the Western District of Washington, was settled last month for an undisclosed amount. According to the company, PeaceHealth had begun shifting toward transgender care in 2016 — before the lawsuit was filed. In a statement, the company said, “effective January 1, 2017, PeaceHealth’s employee medical plan was changed to cover medically necessary transgender surgery.”

But Lisa Nowlin, an attorney at the ACLU who helped handle the case, said transgender care was still not available at PeaceHealth when the lawsuit was filed in October 2017.

At the time the lawsuit was filed, ACLU lawyers argued the insurance plan PeaceHealth offered employees violated a provision in the Affordable Care Act that prohibits discrimination, including gender identity discrimination. The lawsuit also claimed PeaceHealth violated Washington state law against discrimination in places that offer goods and services to the public.

While PeaceHealth changed the policy, its insurance provider, Aetna, still does not cover mastectomies and chest reconstruction surgery as a treatment for gender dysphoria for individuals under 18. Paxton was under 18 at the time of his surgery.

“We are pleased they took a step, especially being a Catholic hospital,” Enstad said about the settlement. “We certainly hope other employers do the same.

"But we hope that PeaceHealth eventually removes the age-related limitation on coverage.”

When asked whether the medical landscape was improving for transgender people, Nowlin, the ACLU lawyer, said it’s difficult to generalize because it varies based on the provider. Discrimination remains an issue, she said.

The ACLU of Washington, for example, is litigating another case involving a transgender plaintiff who is suing Providence Health and Services — a nonprofit, Catholic network of hospitals and the largest health-care provider in Washington — as well as its affiliate, Swedish Health Services.

That lawsuit was filed in December 2017 after Ari Robbins, then a 30-year-old law student at the University of Washington, claimed his chest reconstruction surgery was abruptly canceled. The case is still pending.

Omar Gonzalez-Pagan, a senior attorney with Lambda Legal, a national organization committed to advancing civil rights of the LGBTQ community, added that although employer plans seem to be shifting toward transgender care, many individual hospitals and doctors, especially those who are Catholic, continue to reserve the right to refuse care, claiming they are religiously exempt.

“It is a growing problem that we are seeing nationally because of the consolidation of hospitals,” Gonzalez-Pagan said.

In Washington state, for example, the vast majority of health-care facilities are affiliated with the Catholic Church, Gonzalez-Pagan said. In New Jersey, St. Joseph’s Healthcare was recently sued because of its refusal to provide transgender care. In 2017, the ACLU also sued Dignity Health for denying care to a transgender patient.

That same year, the Trump administration proposed a new division within the Department of Health and Human Services devoted to "conscience and religious freedom."

Paxton, for his part, graduated high school and is now 18 and a student at the Cleveland Institute of Art.

“It wasn’t an easy road,” Cheryl Enstad said about her son’s surgery. “I don’t want to give you that impression. But it made all the difference.”

Although, Enstad said, others “cannot know the anguish that comes from your brain being gendered one way, and your body another,” stories like his might help. 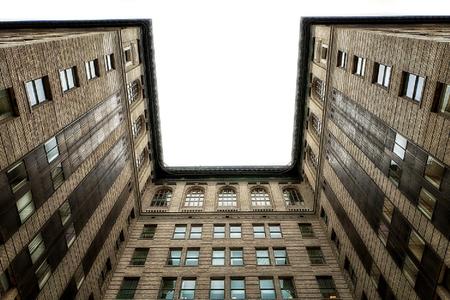