How polluted is your neighborhood? This new tool will tell you

Areas of the Yakima Valley and South Seattle rank high in environmental hazards, according to the University of Washington's new mapping tool. 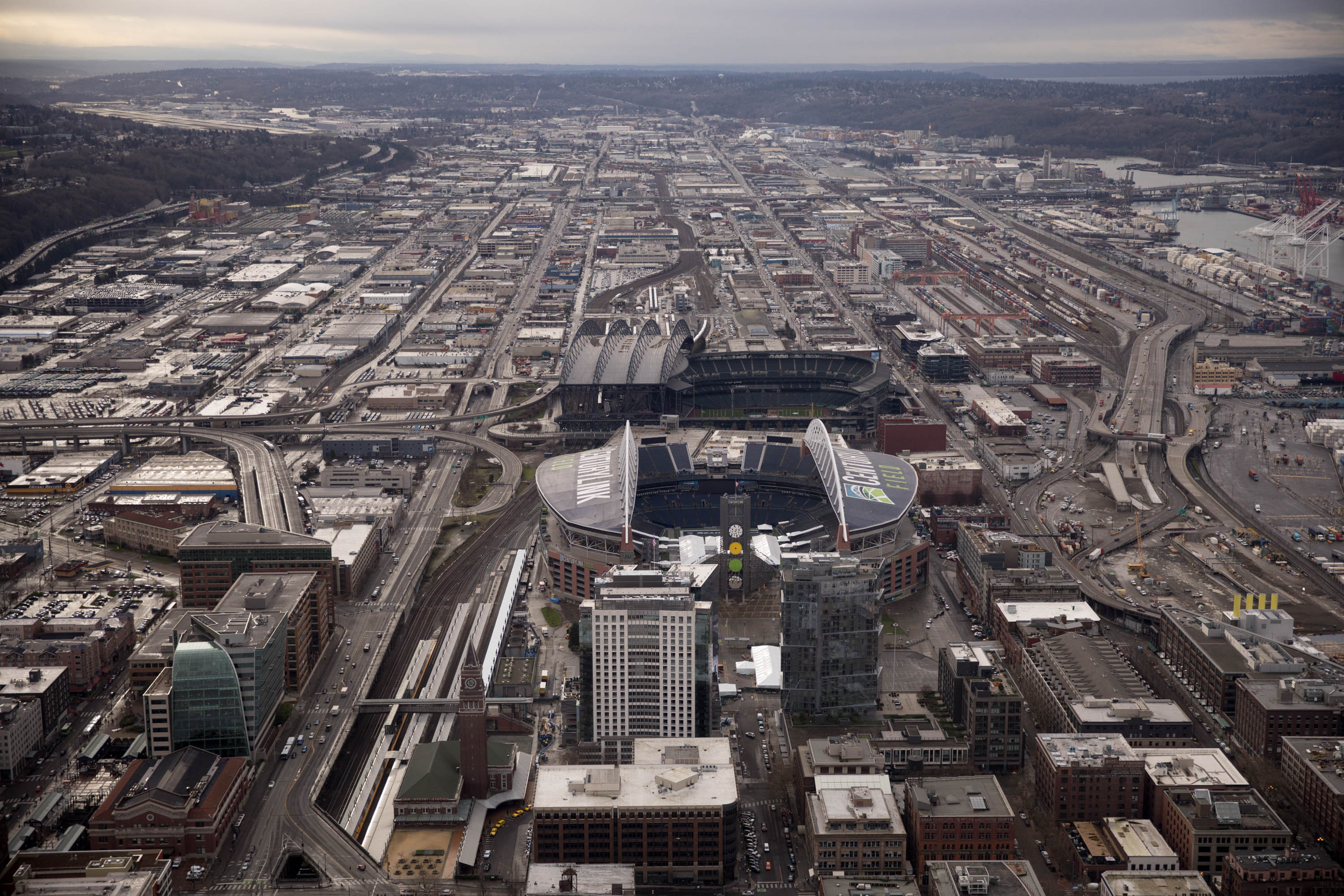 Travel south from downtown Seattle and you’ll encounter a trinity of neighborhoods heavily affected by the same environmental hazards: Enclosed by highways on both sides and a ceiling of low-flying planes, Georgetown, South Park and Beacon Hill suffer from an onslaught of noise and air pollutants. Some residents have focused their efforts on collecting data for themselves in hopes of getting some momentum to help influence policies that might mitigate the shared hazards around them.

Garcia adds that interest in efforts like that to compile data about environmental hazards ailing communities have been accumulating for a long time. It’s the reason why, for the last two years, the University of Washington’s Department of Environmental and Occupational Health Sciences has been working on a tool to map out these environmental health risks across Washington state. Front and Centered (which includes Latino Community Fund) and other groups have been parts of the tool’s creation since inception, hoping it will inform future policy decisions the way a similar tool in California has before it. If South Seattle residents can present hard evidence that their neighborhoods are more heavily impacted by the pollutants above and around them than other neighborhoods in the state, for example, they might have an easier time strengthening regulations to make that change.

Here’s how it works: The tool ranks each census tract in the state on a scale of one to 10, based on the cumulative risks each area faces from environmental hazards from a large variety of specific sources, like lead from housing and proximity to hazardous waste facilities. Then, it overlays that data with other factors like income and race, offering an easy way to identify neighborhoods that suffer disproportionately from environmental health risks. Neighborhoods in the Yakima Valley and south Seattle score higher than any others in the state. High-scoring neighborhoods appear as red swatches in the tool’s digital map.

For some, the tool offers visual confirmation for something they’ve always known. Garcia remembers growing up in the Yakima Valley and often hearing about environmental issues from other community members. Now, with the map, he says he can locate the sources of those issues.

“Without this precision that the map now shows, we’d just blindly continue to overlook what the causes [of those environmental hazards] were,” Garcia says.

The tool’s release comes at a good time for environmental groups like Front and Centered, which Latino Community Fund is part of. The organization seeks to use the data from the tool when advocating for certain bills of policies in the near future, like one they're drafting called the Healthy Environment for All Act, which would define “environmental justice” for a number of state agencies and require them to use the tool before making certain decisions that could impact a community’s environment.

This methodology has already worked for California, which introduced its own environmental-justice-oriented mapping tool in 2012 called CalEnviroScreen, which was hosted by California’s Office of Environmental Health Hazard Assessment. Like UW’s tool, CalEnviroScreen was influenced by community conversations where members of at-risk communities could discuss their experiences and thereby contribute to the information shown in the mapping tool.

Now the tool is used as a point of reference by California’s Environmental Protection Agency to identify disadvantaged communities in the state. Tiffany Eng, California Environmental Justice Alliance’s Green Zones program manager, says the tool allows for a statewide ranking of communities based on cumulative or combined impacts, making it easier to design policies that target certain communities with disproportionate burdens. For example, Eng says, you could craft a policy that would focus on the top 5 percent of communities most affected by environmental hazards according to the tool, or the top 10 percent, and so on.

“For a while, when people were advocating for environmental justice policies locally or at the state level, decision-makers were constantly saying [to them], ‘but where are these overburdened communities? We don’t have a tool to determine where those communities are,’ ” Eng says. “As a result, community groups were saying that we want to have a tool that can measure the cumulative impact of pollution with related health and socioeconomic vulnerabilities.”*

The EPA has its own environmental mapping tool for the entire country, EJSCREEN, which came from a Clinton-era executive order in 1994 instructing federal agencies to "collect, maintain and analyze information assessing and comparing environmental and human health risks borne by populations identified by race, national origin or income." But Michael Jerrett, a professor at the University of California at Los Angeles and an expert on mapping tools like these, says the state-specific detail of California’s tool (and others like UW’s) are more helpful in directing policy change.

“I think they’ve been successful in helping to direct resources to areas where they’re potentially most needed,” Jerrett says. The real challenge, he adds, is making specific environmental data “tractable and understandable to a lay audience.”

But with that relatability comes a downside: Environmental mapping tools like CalEnviroScreen aren’t always as accepted by the scientific community, Jerrett says. He says that making information easier to understand often comes at a risk of oversimplifying it.

Often, a multitude of environmental factors get conflated when the tool gives neighborhoods simple numerical rankings. He says he’s seen complaints in California from rural communities that say they aren’t getting their fair share of resources when the tool fails to account for highly specific impacts, like dust storms or pesticides. Put simply, he says it’s a tradeoff of quantitative data over qualitative: Users of the tools can access “an accumulation of exposures” with less indication of “how these add up and interact with each other,” Jerrett says.

“How do I add up those apples and oranges because they are really quite different things?” he says. “There's not a well agreed upon way of analyzing that.”

The Washington tool made by UW alludes to this, adding a note within it that says, “The rankings help to compare health and social factors that may contribute to disparities in a community. You should not interpret rankings as absolute values. Do not use them to diagnose a community health issue or to label a community.”

It’s unsurprising, then, that California’s mapping tool has gone through a few revisions. The third edition was officially announced one year ago. California Environmental Justice Alliance's Eng says she’s often looking for ways the tool can evolve further, and explains that evolution and development are critical for mapping tools. Official rankings that rate entire regions in California is one feature Eng says she’d like added.

“We’re always concerned about whether the tool does the best job to identify environmental justice communities,” she says.

Garcia with Latino Community Fund hopes a map in Washington can do just that. Some years ago, he’d been part of an effort to make a mapping tool in Washington through a bill. However, he says the bill including the mapping tool also proposed that it be used to decide how resources to those communities are allocated.

The second part was a little more controversial than just the tool itself, he says. But perhaps now, with the mapping tool finished, the second part of that goal can come to fruition. While the tool’s findings aren’t entirely a surprise to him, Garcia says they make it easier for others to understand and share what’s going on.

“It bears the importance of emphasis,” he says.

*This quote has been updated for clarity.