Lake City, where Seattle’s gritty side lives on 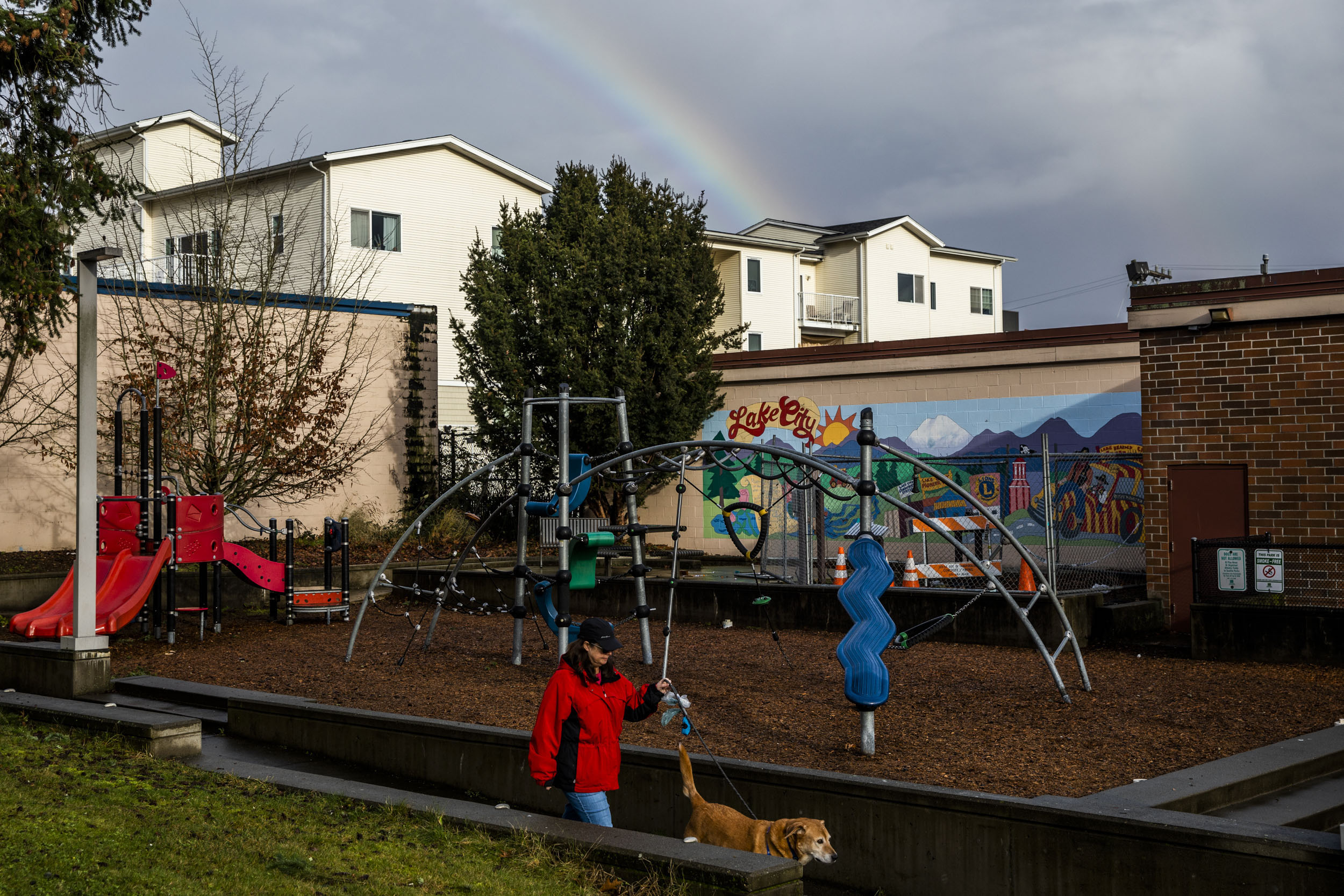 A woman walks her dog through Davis Park in the Lake City neighborhood of Seattle on Jan. 10, 2018. (Photo by Dorothy Edwards/Crosscut)

I remember, as a kid, the construction of a large blue castle across the street from the Fred Meyer on Lake City Way. As they tacked on the prefab crenellations, I dreamt that it would become the northern outpost of Enchanted Village or maybe an indoor waterslide park like they had up on Aurora.

It became a windowless self-storage block. One of many to follow.

Back then in the 1980s, that was still considered progress for Lake City: as a receptacle for the crap that the rest of Seattle didn’t want but couldn’t quite bring itself to throw away. It was the last time for decades that I got my hopes up for the neighborhood of my birth.

On first glance, Lake City Way today can look like little more than a strip of downtrodden and often sleazy businesses adrift in a sea of cracked parking lots and brambles. But it is what it is for reasons rooted in history.

The day that the Volstead Act — prohibition of alcohol — was passed in 1919, there was but a single commercial business, a family-owned general store, on the whole length of the road. But Seattle’s city limits ended on 85th Street, toward the beginning of Lake City Way, and the police didn’t actively patrol beyond that border. Moreover, Model T’s were being sold in downtown Seattle and suddenly middle-class people could take an easy day trip out of town, beyond the reach of the SPD.

By the early 1920s, this cement highway, one of the early ones, was teeming with roadhouses named the Plantation, the Jungle Temple, the French Inn and Joe’s Hot Lunches, where they offered no lunch, only booze, cards and paid female companionship. Tusco’s was housed in a barn and owned by a doctor who served up both drinks and abortions. Many of the other businesses, those between the vice peddlers, existed to service the automobiles that got people out to Lake City.

Seattle absorbed Lake City in the mid-’50s. Like proto-mammals feasting on fallen dinosaurs, smaller taverns overtook the roadhouses. The last of the old guard, the Jolly Roger, was torched in 1989. There was a dispute over the ownership and one of the people involved was seen wheeling out his file cabinets a day prior. Frank Colacurcio Sr. built his strip club empire up and down Lake City Way from Rick’s to the group houses where his strippers lived to Talents West where their books were kept. And Bill Pierre had much of the car-sale game on lock. But not much else changed since the Prohibition boom.

Over the years, the rest of Seattle cut its hair and got a job. But Lake City was the mistress that grown-up Seattle kept around from its younger, untamed years. The one with electric-blue eyeliner and a missing incisor. The one Seattle would never introduce to its friends, but also the one who is always there.

Until recently there was even an argument to make that the neighborhood was getting worse — at least in certain respects. There used to be a movie theater. A creek. A bowling alley. The theater is now a Mennonite church (no offense to Mennonites, but the church isn’t exactly drawing evening crowds). The creek was buried in cement drain pipes, only surfacing in a few ravines full of ferns, nettles and discarded furniture. The bowling alley is a parking lot for Laidlaw school buses. The Rimrock (formerly the best bar in Lake City other than The Shanty) went out of business and was replaced with a pet store.

There’s the original cinderblock community center with fitness classes for seniors. Old-timers, my parents included, can almost, still, kind of afford to live in Lake City on a fixed income. But now there’s also the friendliest phô place in the north end, a bustling halal market and Mexican storefronts jammed with mangoes and canned hominy. There’s even the most Seattle of inventions: an indoor dog park. And last time I was there they were serving discount tallboys of Green Death (for you new Seattle arrivals, that’s the now elusive Rainier Ale, aka the worst Rainier varietal prior to the IPA misstep).

Don’t get me wrong, there’s still all the vice a growing boy could want or need. There are three cannabis dispensaries, a sizable liquor store and massage places with neon signs soliciting drop-ins until midnight, all within short walking distance of my writing studio. But at times there’s no place to get something to eat — beyond the liquor store’s selection of dry roasted peanuts, which I pick over with some frequency.

I walk my dogs past an old dry cleaner that has been refitted with mirrored windows and a perimeter gate. Young men spend their afternoons loading cardboard boxes into dropped BMWs and Lexuses. But the same route also takes me past playgrounds between mixed-income apartments, where women in hijabs watch over their children spinning on merry-go-rounds. The creek has been resurfaced in many areas and is home to fish who appear to be alive and unmutated and birds other than pigeons. Young people who’ve moved to the neighborhood (seemingly out of choice?) read books and tinker on their laptops alongside the older generation at the German bakery and café.

It took me decades to get to this point, but I’m nagged by this question: Could it be that Lake City — our gentrifying, homogenizing city’s northern hinterland — has become one of the most original and genuine parts of town? 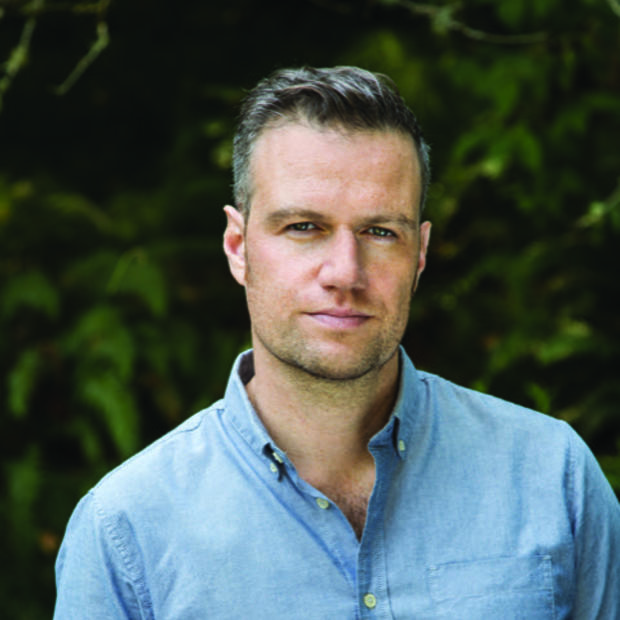 Thomas Kohnstamm is the author of the new novel Lake City.