The proposed state broadband office would facilitate connectivity in communities across the state. 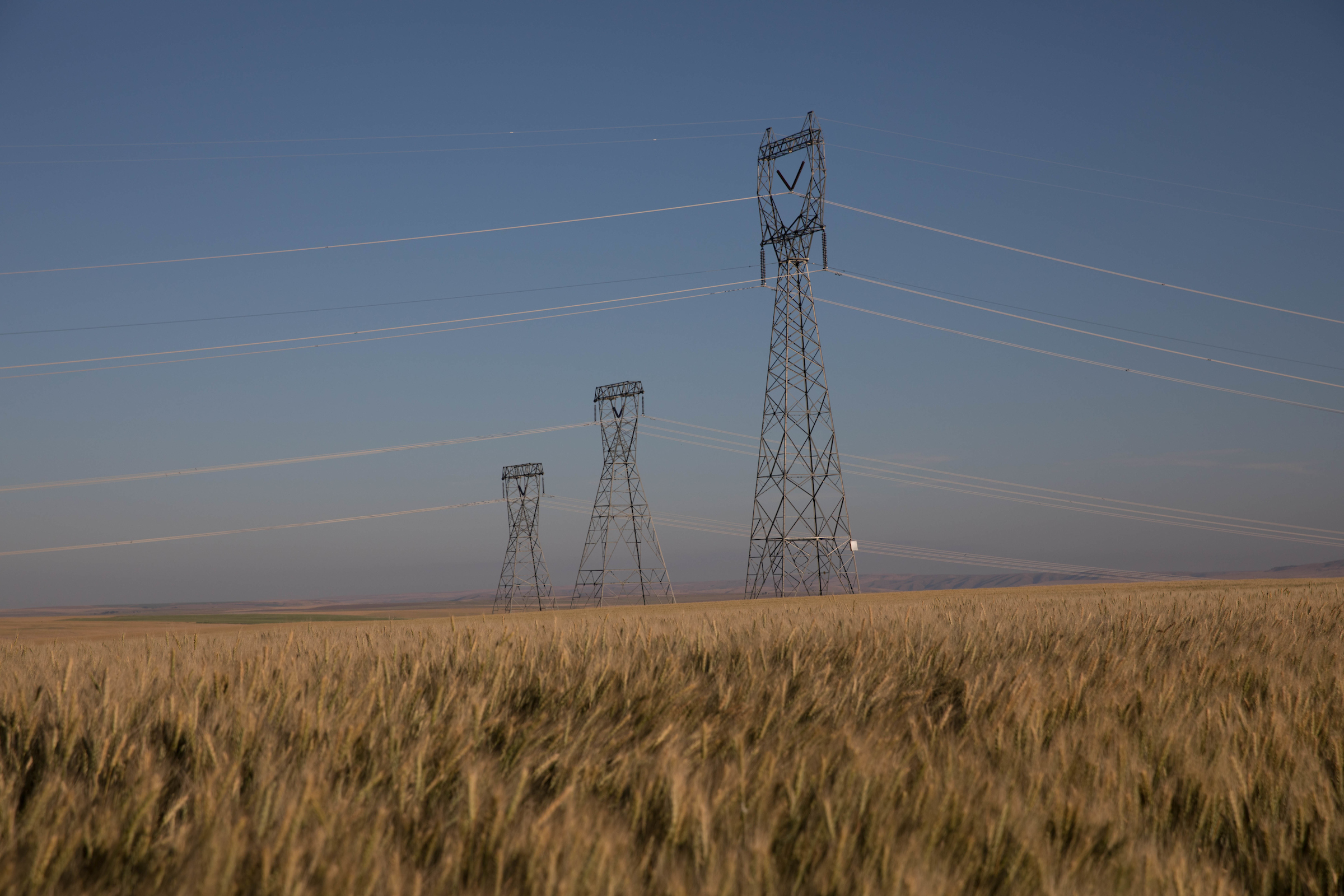 Just as access to electricity lagged in rural areas a century ago, so too does broadband access today in rural Washington state. (Photo by Matt M. McKnight/Crosscut)

Tribal government buildings have internet access in the unincorporated hamlet of roughly 200 in southern Ferry County, said Allen, a member of the Colville Tribal Business Council. But someone in a Keller home most likely has difficulty connecting with the outside world through the internet, and someone with a smartphone needs to move around a lot to snag a stray and faint signal.

A school kid on the reservation, which covers parts of southern Okanogan and Ferry counties, has very limited access to the internet unless he or she goes to a school, library or other government building.

Places like Keller are the targets of a broadband proposal announced Wednesday by Gov. Jay Inslee during a press conference in Olympia. If the Legislature signs on, it could mean a new state broadband office within the Washington Department of Commerce.

“It’s an opportunity for a fair shot for rural areas,” said Rep. Zack Hudgins, the Tukwila Democrat who plans to sponsor a House bill to create the office. Hudgins joined the governor, other legislators and representatives of rural communities to discuss the state broadband office proposal. Sen. Lisa Wellman, D-Mercer Island, who was also present, is expected to introduce the Senate version of the same bill.

If the legislation passes, the resulting office would map the gaps in broadband coverage in Washington and, using a $25 million fund, move to provide grants and loans to small communities to help boost their internet access to levels similar to those in the state’s major cities.

A somewhat similar bill with strong bipartisan support was on the brink of passing during the 2018 legislative session. The bill made it out of the House, but time ran out in the 60-day session while it awaited a full Senate vote.

“It’s a good investment, and a relatively small amount of money,” Inslee said. The $25 million would come out of Inslee’s request to the Legislature for an almost $5 billion capital projects budget.

Later Wednesday, Rep. Mary Dye, R-Pomeroy, who represents a rural area with internet access problems, said she plans co-sponsor Hudgins’ bill. “The governor is now realizing the need is great and I’m glad he is doing this,” Dye said. The Legislature overwhelmingly passed a Dye-sponsored bill in 2018 that will allow rural port districts to install fiber-optic lines to boost internet use in their areas.

“Fifteen percent of the people in the state don’t have adequate access to broadband,” said Sen. Reuven Carlyle, D-Seattle, and chairman of the Senate Environment, Energy & Technology Committee. “We have some extraordinary gaps, and it’s time for the state to step up.”

A major problem is that the state does not have a good grasp of where exactly the gaps are and the severity of lost internet service in those gaps. And much of the existing data is out of date and wrong, Inslee said. Consequently, a first step for the proposed broadband office is to map out the deficiencies, Inslee said.

In addition to mapping the problem, the proposed office would also set a statewide target for the level of internet service to be provided. What this target is remains to be determined.

In comparison, when Justin Slack moved to Harrington in Lincoln County — population 400 — in 2013, he could upload only 1 megabit per second at his new home and download 10 megabits per second. The former Seattleite and current Harrington mayor set up a coffee shop and informal community center with much faster internet speeds.

A major issue that the proposed broadband office would have to address is the so-called “last mile” problem. In many cases, fiber-optic cables reach a town or village, but no one has the money to extend those cables to homes.

The Colville reservation has this problem.

Using $6 million in tribal money, the reservation is scheduled to finish connecting together the government buildings in some of its bigger hub towns — which don’t include Keller — by this fall.

But the “last mile” problem still exists on the reservation because there is no money to connect the main fiber-optic cables to houses frequently located far away and at the end of dirt roads.