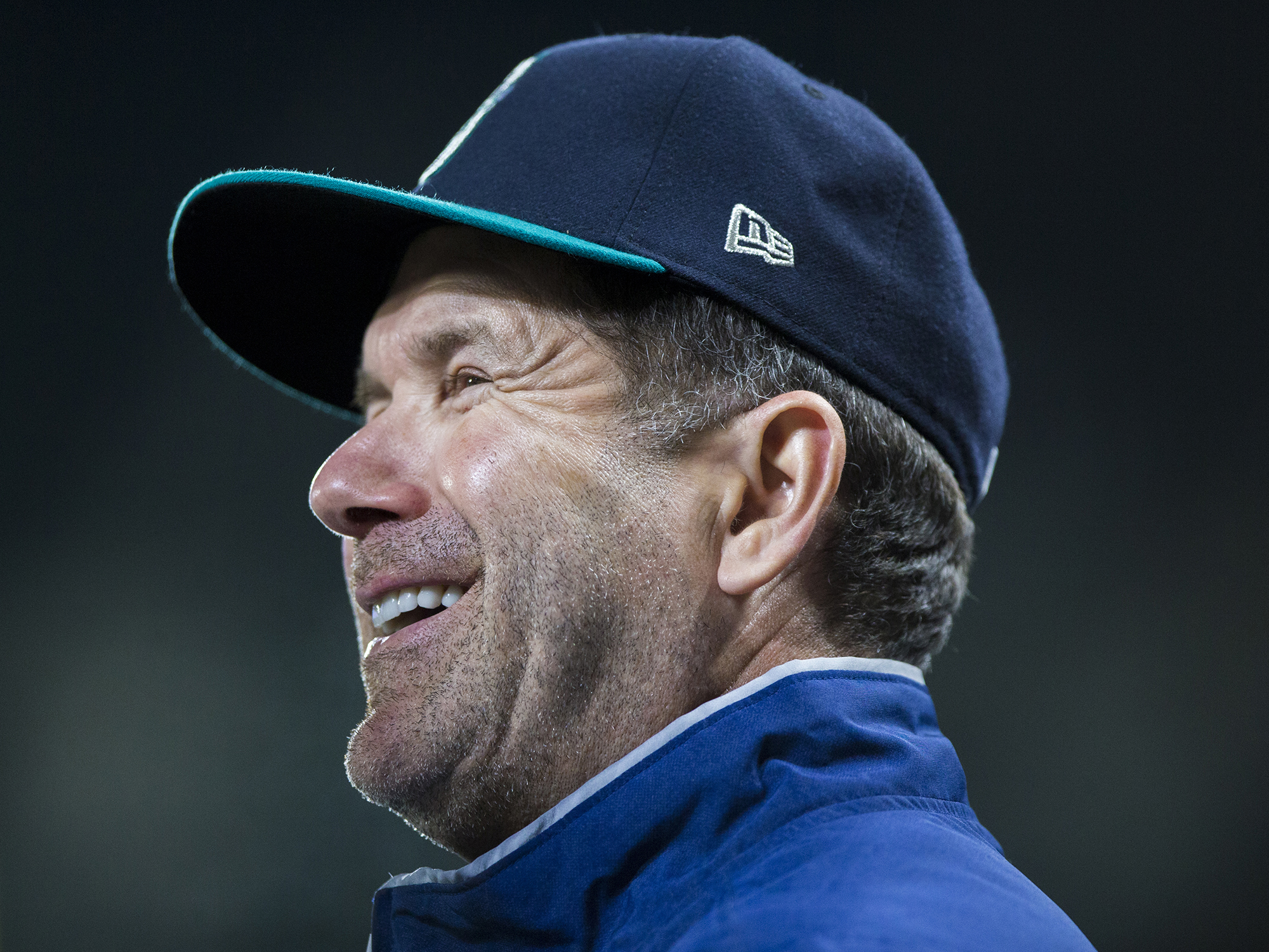 The custom in Seattle sports for projects taking years, if not decades, to complete, usually is reserved for the building of venues and the pursuit of franchises.

Rarely does a long ordeal in sports here include the pursuit of sports justice for a single individual.

Yet to get Edgar Martinez into the Baseball Hall of Fame, it took a decade of lobbying, informing, cajoling, analyzing, tweeting and probably a bit of dying — a reference to the expiring lifespans of some baseball writers, especially those who covered the National League and believed the designated hitter was not  a legitimate position in baseball.

The lengthy pleadings paid off Tuesday.

Finally giving Martinez 85.4 percent of their votes, 10.4 percent more than the 75 percent required for entry into the Hall of Fame, the Baseball Writers Association of America selected the most beloved of Seattle Mariners for the game's highest honor. This was the last of 10 years in which he was up for immediate consideration, before being shuffled off to a set of committees that, eventually, decide whether to admit some of those overlooked by the writers' group. Joining him in the class of 2019 are three pitchers: Mariano Rivera — the first player in hall history named on every ballot — Roy Halladay (85.4 percent) and Mike Mussina (76.7 percent).

Finally, Martinez is fixed in the firmament of baseball and Seattle even more firmly than buildings or franchises. His legacy can be neither hijacked to Milwaukee nor Oklahoma City, nor touched by a wrecking ball.

Martinez's enshrinement in Cooperstown, New York, in July will follow that of Ken Griffey Jr. in 2016 as the only Mariners so honored. But even though Griffey's selection was a no-doubter, capturing a then-record 99.3 percent of the vote (437 out of 440 ballots) in his first year of eligibility, Martinez accomplished something Griffey didn't — he spent his entire career, 18 years, in one place.

For that, longtime sentimentalists in the tortured Mariners constituency will hug Martinez harder than Griffey.

The constancy doesn't register for writers. Their job is to compare and contrast his feats against ball's immortals, irrespective of geography. Many fans, however, do care. To them, Martinez is their guy. He stayed and suffered with them. As with strangers who together abruptly survive a travel accident, there's a bond like no other.

Put simply, Griffey was the better player; Martinez the better guy. Where Griffey flitted between gregariousness and truculence, Martinez was metronomic in his earnestness and humility. Little boys wanted to be Griffey; everybody else wanted Martinez as husband, brother, father, uncle and pal.

It was the absence of spectacle that hindered Martinez's ascension in the balloting. For most of his career, he was "only" a designated hitter, meaning far fewer memorable defensive plays. He played a position that doesn’t exist for half of big league baseball, and on a team that had no real national cachet until making the playoffs for the first time in 1995.

And he played before the widespread acceptance of analytics, which provided a deeper understanding of how his career accomplishments compared favorably with many Hall of Fame members.

Even Martinez was blown away by the discoveries made since his 2004 retirement and the beginning in 2010 of his Hall of Fame odyssey.

"I think it's amazing that some of my numbers compared to some of the greatest players that I admired," Martinez said in a teleconference with Seattle-area reporters from his hotel room in New York, where he was on a family vacation. "It's unreal to me to even think about it.

"You concentrate day-by-day, at-bat by at-bat, and the end of your career, you look back and have big numbers."

He wasn't a regular in the lineup until he was 27, which held down some of his career numbers in areas like total base hits and homers. It was the quality of his play during the heart of his MLB career begun in 1987 that belatedly came to broad awareness.

Here's my favorite comparative stat, because of the company in which it places Martinez:

I mean . . . fercripesakes. If it took my fellow scribes 10 years to figure out whether Martinez belonged, let's all be grateful they chose sports journalism as a career path instead of NASA's Apollo program. We'd still be test-flying kites.

A big part of the news Tuesday came as a result of dedicated work by the Mariners' public relations and marketing people, headed by Tim Hevly and Kevin Martinez (no relation). After the paltry vote counts in the early years of Edgar's 10-year window of eligibility for being voted into the Hall, the Mariners' staff set out to demonstrate the worthiness of his candidacy with a data blizzard that was admired throughout baseball for its effectiveness.

Martinez is acutely aware of the efforts to support him.

"I think it was really a big part of why I was elected," he said. "They have done an amazing job sharing information about my career over the last seven years or so. The work they did is one of the big reasons why I'm talking to you today."

However the deed came to be done, the annual January letdown story about Martinez is over, replaced by a 10-year saga of patience and grace, celebrated by an entire community where baseball success has been exasperatingly elusive.

"It’s been a great relationship," he said of his experience playing and continuing to live in Seattle, so far from his native Puerto Rico. "I stayed there, and felt supported through all those years, even the last years when I've been waiting for the call.

"I think I enjoy it more at this point. My (three) kids are older. It has more meaning now."

Even though it took a comparable amount of time, the joy is different than getting a new venue or a new team. It's the sublime satisfaction of seeing a good thing happen to a good man.

Updated at 9:03 p.m. with additional information and quotes from Martinez.