Galen Disston belts it out in Rock of Ages. 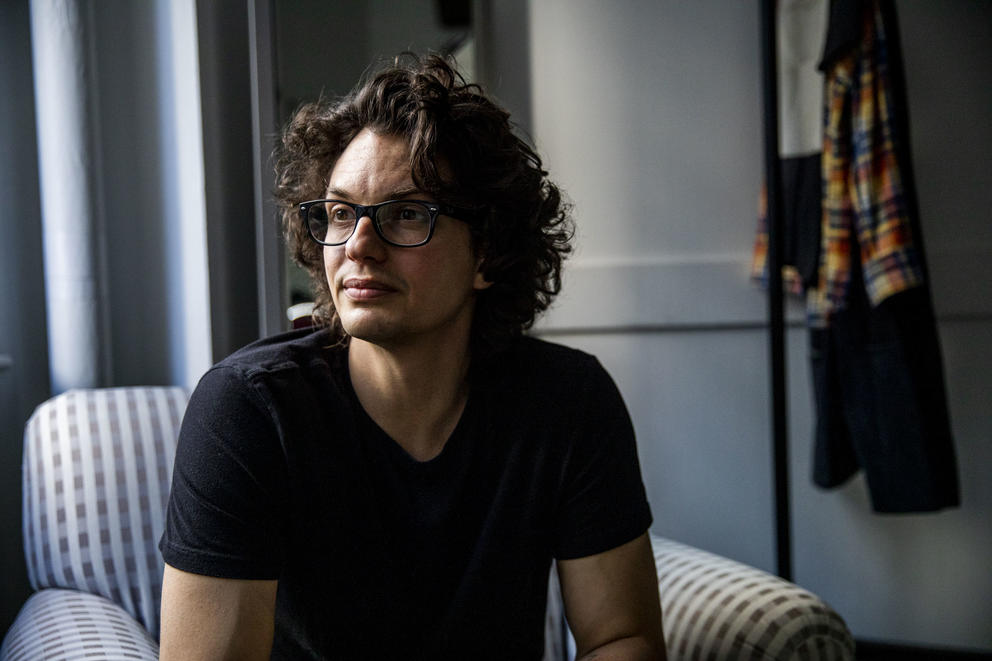 Galen Disston in his dressing room at the 5th Avenue Theatre on Jan. 25, 2019. Disston is making his theatrical debut in the production of Rock of Ages, which starts Feb. 1. He is also the lead singer for local band Pickwick. (Photo by Dorothy Edwards/Crosscut)

Galen Disston is in the thick of prep for his musical theater debut in the 5th Avenue Theatre’s production of Rock of Ages, and he’s taking a second after rehearsal to chat over beverages at the Pine Street Caffe Ladro. As front man for Seattle indie-soul band Pickwick, he’s been singing in front of audiences for 15 years. But this new venture represents brave new territory for him. “I was never a theater guy in high school,” he says, “and I’ve only seen a couple of musicals ever.”

This new gig has effectively pulled Disston out of his comfort zone and challenged him. “For me to acknowledge I’m not just going to be standing and singing is a new experience,” he says. “Associating parts of a song with movements, choreography, props, and a set is a huge struggle for me. It’s like a workout for my brain.”

Amidst his mild fretting over learning a new skill set, Disston is genuinely upbeat. The wide-eyed enthusiasm he gives off and the baseball cap that’s barely restraining his trademark spring-loaded mass of curly brown hair feel better suited to a happy tourist than the star of a road-tested hit musical. That unjaded energy likely brought him to the attention of 5th Avenue Artistic Director Bill Berry as much as Disston’s singing voice (Seattle Met said Disston’s soulful vocals “could bring a Southern Baptist congregation to its feet”).

Berry’s team was familiar with the band and invited Disston to try out. His response: “I can’t dance, I’ve never acted once in my life. Are you sure you want me to come in and try out for this? And they were like, yeah, let’s give it a whirl.”

Rock of Ages is, if nothing else, a proven commodity. It premiered on Broadway in 2009 and played to packed houses for six years. Other stagings became huge hits in London’s West End, Toronto, Australia, and the Philippines. Touring productions have brought the show to most of North America and the U.K. over the years. The musical also got its own movie adaptation in 2012 with no less than Tom Cruise in the key supporting role of glam rocker Stacey Jaxx.

The play follows Disston’s character, Drew, through a romance with struggling actress Sherri (Diana Huey) in 1987 Los Angeles. True to the era, the soundtrack is packed with vintage hair-metal anthems and power ballads. Anyone who’s seen the show knows that it’s as frothy as the head on a pitcher of Pabst Blue Ribbon, but there’s some universality to the show’s central conceit. “It helps that the character is basically me,” Disston says. “He’s a guy who really wants to be in a rock and roll band.”

Disston has lived that scenario for the past decade-plus. Initially an Americana act, Pickwick became one of Seattle’s most beloved and in-demand live acts when it embraced and perfected its own distinctive combination of R&B and indie rock. Mainstages and festivals across the Pacific Northwest followed, culminating in a couple of national tours. The band’s three albums were released to considerable acclaim: Paste Magazine described Pickwick’s 2017 full-length Lovejoys as “a seamless little sound-world of old soul, new blood, sleek pop, slow jams, electro-funk, and fearless exploration.” Pickwick’s first big single, “Hacienda Motel,” even amassed an impressive 4.5 million streams on Spotify, generating enough income for band members to cover their health insurance for a while.

But maintaining health insurance through the band’s streaming proceeds became too much to sustain, and the harsh reality of Seattle’s astronomical cost of living kicked in with a vengeance. Adjusting their paradigm to commit to the city and accepting the inevitability of zero financial security turned out to be an untenable notion.

Disston even found that the podcast he’d created was affected by the financial crunch. Started in 2017, From the Green Room highlighted lively, off-the-cuff chats between him and fellow musicians. Episodes were rife with engaging anecdotes about musicians’ lives, the creative process, and life in general. But each installment invariably required addressing the elephant in nearly every local musician’s proverbial room. Disston discontinued doing the podcast at the end of 2017, he says, “partly because I was afraid. I didn’t have hope that the culture would continue to financially sustain musicians that I really respected.”

The squeeze ultimately induced Disston and his wife of 13 years to move from Seattle to the less costly environs of Olympia. “We decided we were going to move an hour south, and that we were gonna buy a house where we can just rest and raise our kids,” Disston says. “Olympia is just really chill. That’s a nice thing that I wanted and needed for my family and me. We just couldn’t afford to continue to sustain living in the city.”

Ironically, Disston was offered Rock of Ages after his family had fully relocated south. But a strong support system enabled him to commit fully to two months’ worth of six-day rehearsal weeks in Seattle.

His wife, an employee of the Olympia School District, readily offered to hold down the fort at home while Disston began rehearsing, and he’s been temporarily boarding with his parents in Tangletown to avoid daily four-hour round trip commutes between Olympia and the 5th Avenue. The irony of the arrangement isn’t lost on him. “Yes, I’m temporarily living in my parents’ basement,” he says with a hearty laugh, “but it’s been massively helpful to all of us.”

Disston has relished his experience with the 5th Avenue (“It’s been an amazing opportunity, and I’ve learned so much”), but he’s level-headed about continuing with a theatrical career. He reckons that his turn in Rock of Ages pays about as much as his day job window washing, and that’s not a diss on either employer. “The window washing pays good money,” he says, “and it allows me to run off and do crazy things like rehearsing for a stage play for two months.” Disston is also pursuing online courses for his certification as an English teacher.

And despite the increasingly oppressive financial picture for musicians in Seattle, he’s still upbeat about his own band, which he describes as “fragmented,” but still active. “In true Pickwick fashion, it’ll probably take us forever to do something again,” he says, “but I love songwriting, and I love those guys.”

The local scene overall likewise gives him hope. “The types of music that are coming up now are potentially more financially viable than the setup that I was accustomed to,” Disston says. “People like Chong the Nomad and Odesza are covering all the textures of sound as one person or two people. And it’s good that white guys in bands aren’t at the forefront of music anymore. I’m happy to step back a little bit from that.”

In the end, Galen Disston’s found he’s been able to balance work, family, and pursuit of his creative muse. And he’s fine if that doesn’t lead to extravagant wealth and fame. “Drew’s able to accept at one point that he might not get famous, because he has some things that are equivalent achievements,” Disston says of his Rock of Ages alter ego. “That’s what connects me to him the most.” 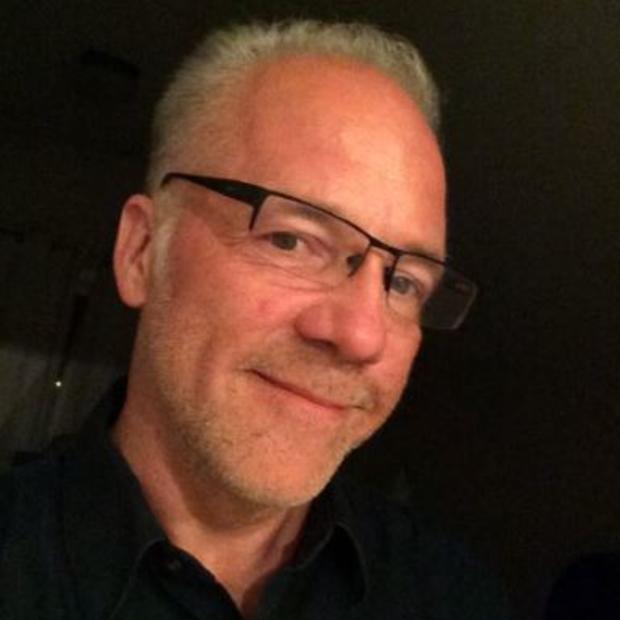