In a new poll, the environment earned its highest marks in Washington since 2001. Green groups are hoping the Legislature is listening.

While Washington has a reputation as a greener-than-average state, voters have a history of giving less priority to the environment when it’s pitted against other issues like education and homelessness. From 2009 to 2018, no more than 7 percent of respondents in Elway polls chose “the environment” as a top priority .

But in a new Elway/Crosscut Poll released this month, the environment doubled its support to earn its highest marks since 2001, when interest was at 15 percent. Elway Research President Stuart Elway says it’s rare for environmental interest to break single digits.

That “something” was especially visible in 2018: Days of smoke in western Washington drove the realities of wildfires home this past summer, and a dead orca calf broke hearts across the country. The Elway/Crosscut Poll shows that smoke made an impact: 73 percent of respondents hoped the Legislature would give “preventing and controlling wildfires” high priority.

“The wildfires and smoke all over the state raised awareness and attention,” Elway says. “So there’s all sorts of little particular issues that haven’t been front-page news before that seem to be in our [regular] background now.”

That background is making a difference in local and even national politics. Gov. Jay Inslee decided to make climate change a defining issue for a potential presidential run, and with public interest growing, many green groups see an opportunity to redirect their plans for environmental improvements away from initiatives and toward Washington’s current legislative session.

High-profile environmental groups like Sierra Club are rallying around bills Inslee has supported, including a measure to transition the state to 100 percent clean energy by 2045. Jesse Piedfort, Sierra Club’s Washington chapter director, sees this momentum as an extension of last year’s effort to pass a carbon fee.

“That energy didn’t go away and I think now it’s being redirected into legislative work,” says Piedfort.

Groups behind last year’s failed carbon fee initiative, I-1631, wasted no time in the new year. Last weekend, Front and Centered hosted its second Environmental Justice Summit at the University of Washington, where about 225 environmental leaders of color from around the region connected, brainstormed and discussed plans for 2019. It also served as a platform for the announcement of Front and Centered’s plans to advocate for the passage of the Healthy Environment for All Act in this legislative session. Rep. Kristine Reeves, D-Federal Way, and Senator Rebecca Saldaña, D-Seattle, will sponsor the bill.

“What it’ll do is create a definition of environmental justice for a number of state agencies,” says David Mendoza, the legislative and government affairs director of Front and Centered. The bill would go hand-in-hand with a mapping tool developed by University of Washington as well.

“The key is the mandatory use of these tools when making decisions on policy, on grant investments, on enforcement and preventative measures as well,” he says.

The bill comes as a sort of second chance for Front and Centered after this past November’s defeat of I-1631. Despite unprecedented funding and a robust network of communities backing the carbon fee, the initiative didn’t break 44 percent of the vote. Its fate was similar to 2016’s revenue-neutral carbon tax, which failed after collecting just 41 percent of the votes. Despite Inslee's support for a carbon tax at the beginning of last year, the governor has backed off from discussions of carbon taxes and focused on more visible environmental issues like orca preservation. 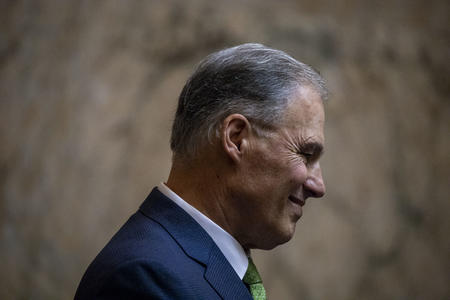 As Inslee’s reticence shows, an increased interest in the environment doesn’t guarantee a clear path for successful carbon tax initiatives. While 56 percent of voters in January’s Crosscut/Elway Poll said they would support a carbon taxing initiative if “it is done right,” only 67 percent of those supporters said they’d still back one if it meant higher prices for electricity and gas. Opponents of last year’s carbon fee hammered voters with that message, and many blame that for its downfall.

Losing to better-funded opposition in the court of public opinion is part of the reason that environmental groups are turning to the Legislature to pass bills that might fulfill carbon-cutting goals. It’s not the first time they’ve taken this route — and it hasn’t always been successful. But Peter Bloch Garcia, executive director of the Latino Community Fund and a Front and Centered board member, says that although the groups have taken this approach some years ago with no success, things might be different enough to make it work now.

“The makeup of the Legislature has changed,” Garcia says. “Some people have described it as this year’s state Legislature not just [being] more Democrats, but more progressives, so there's more optimism about getting some things done.”

And while Washington’s environmental past is complicated, a spike in interest could be enough to motivate a Legislature to make some changes.

“It’s increased substantially over the last decade, all of a sudden,” Elway says. “It’s something to look at.” 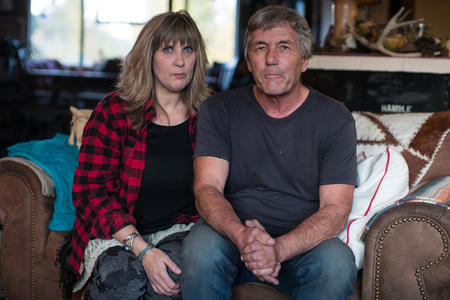 For sustenance and tradition, Puget Sound tribes and scientists join forces to breed millions of clams

After recent declines, a new breeding program could help safeguard the cockle's future as a food source for tribes like the Suquamish.