Running for Seattle City Council? The line forms that way 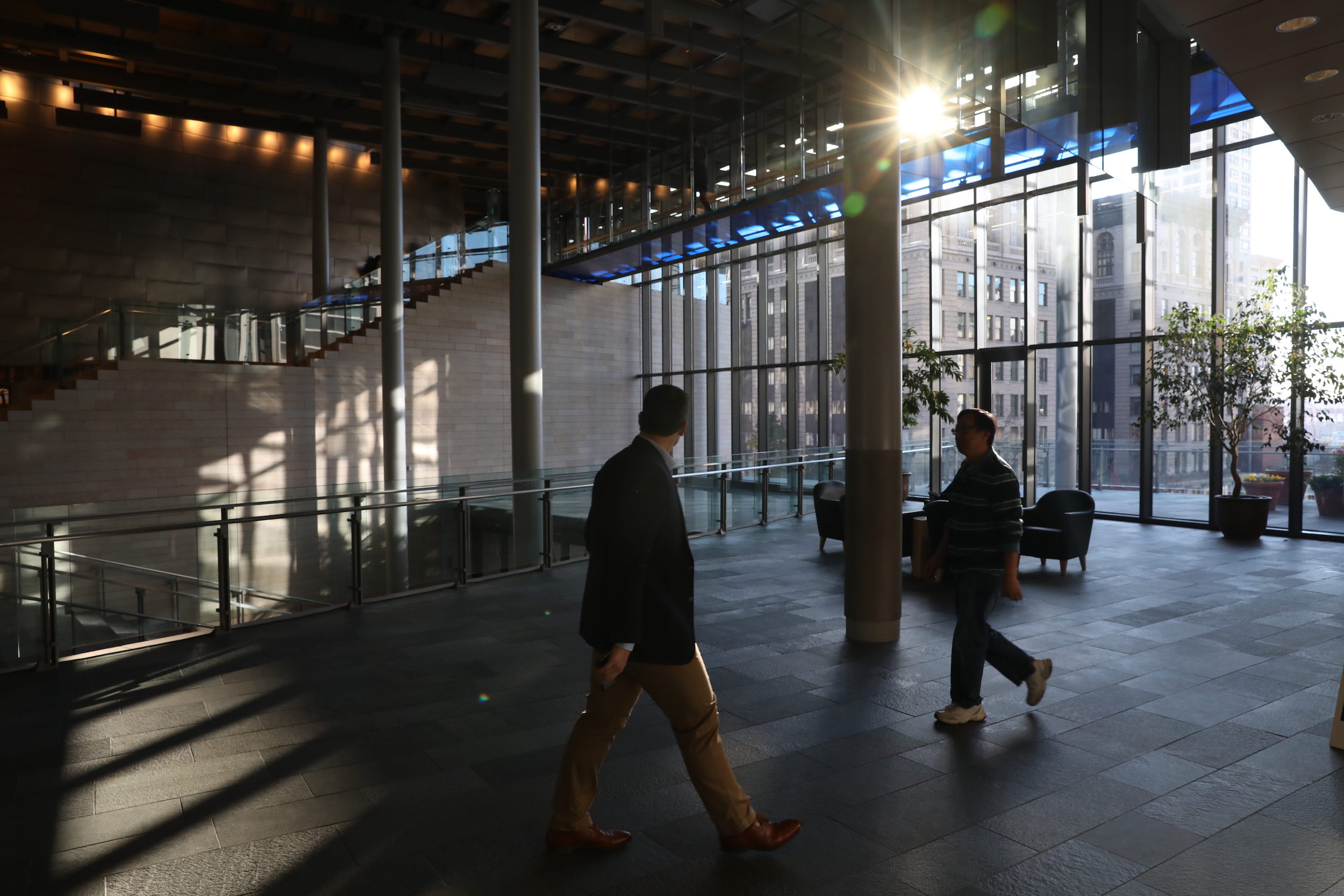 January is that hopeful time. Not only for New Year's predictions and resolutions, but, in odd-numbered years, for Seattle City Council candidates. Seven of the nine council positions will be decided in 2019. Although the May filing deadline is months away, that hasn't stopped aspiring candidates; as many as 25 or 30 are rumored to be running.

Council elections typically draw challengers, but this year Seattle districts are poised to attract larger than usual numbers. Some of the council's actions — like passing of a controversial head tax, followed by behind-the-scenes negotiations and then a hasty repeal — have spurred hopefuls to consider campaigns.

It isn't only the head-tax debacle. This year the electorate seems fraught with concern over city problems. Spend an hour in a local coffee shop and you'll get an earful of gripes: illegal encampments, gridlocked traffic, wholesale rezoning proposals and runaway construction, just to name a few.

Having a range of candidates preparing to run is a good development. It gives citizens an opportunity to review city policies and directions. It's the best kind of report card. Do we give incumbents a D-plus or a gentleman's C for their efforts to alleviate homelessness?

Adding to this year's wave of possible council contenders is the news that at least three council incumbents — District 7's Sally Bagshaw, District 4's Rob Johnson and, as of Tuesday, District 2’s Bruce Harrell  — won't seek new terms. A vacant seat is the next thing to political catnip. Three vacant seats are close to nirvana.

The field reminds me somewhat of the first time I ran for Seattle City Council, in 2003. At the time, newspapers reported that three council members had taken contributions from a shady strip club owner while granting his questionable rezone proposal. The so-called Strippergate scandal left those council members vulnerable and led to a rash of filings. A Seattle Times columnist at the time, I was motivated enough to quit my job and, along with five male challengers, took on one of the incumbents. Surprisingly, I was elected after a nonstop 100-day campaign.

This election year, of course, is quite different; we're not talking ethics. But with council members not running for re-election, the District 7 race has already attracted five contenders: Andrew Lewis, an assistant Seattle city attorney; Naveed Jamali, a U. S. Navy veteran who worked in intelligence, Magnolia activist Elizabeth Campbell, development consultant Michael George and artist Isabelle Kerner, who has issues with the police. Each week brings word that others may jump into the contest. Among those mentioned is Jim Pugel, one-time interim Seattle police chief and chief deputy sheriff of King County.

Before deciding against another run, council President Harrell had attracted three opponents who had either declared their candidacies or begun running. One is Tammy Morales, a community organizer who came close to unseating Harrell in the 2015 general election. She is joined by Ari Hoffman, the owner of a property management firm, and Matthew Perkins, who is emphasizing the accountability of the council to residents.

Over in District 4, there has been an early flood of candidates. Campaigns have been filed for Alex Pedersen, former aide to Councilmember Tim Burgess; Shaun Scott, a Bernie Sanders supporter who once worked for U.S. Rep. Pramila Jayapal, D-Seattle; and Ethan Hunter, a 19-year-old Seattle college student. Scott and Hunter are courting support from younger voters.

At least one other incumbent appears to be under pressure. District 6's Mike O'Brien, who faced angry crowds in Ballard earlier this year, has drawn a challenge from Kate Martin, a former mayoral candidate, and may face Heidi Wills, a former Seattle council member known for her tireless energy. Wills, who was caught up in the Strippergate controversy, recently resigned after 13 years as executive director of First Tees of Greater Seattle, a program that trains student athletes.

Not as likely to attract such strong opposition are District 5 Councilmember Debora Juarez and District 1's Lisa Herbold. More than their colleagues, Juarez and Herbold have been attentive to constituent needs. Both scored well in looking after district concerns during budget negotiations.

Seattle voters decided in 2013 to scrap the system of all at-large council seats and elect council members from seven districts, with two remaining at-large seats. That has changed the way candidates run. The new system has pluses and minuses. It should be easier to campaign, reaching a smaller number of voters. But some council members, beholden to activist groups, have fallen short of attending to neighborhood needs.

Running for office, never easy, has grown more challenging as the result of campaign funding reform. Provisions now call for a $500 limit on how much candidates can raise from a single donor. (This is down from a $700 in the past.) The contribution cap is further lowered to $250 if the candidate opts to accept matching funds and earn democracy vouchers. To qualify for city funds, candidates must gather at least 150 donations of $10 or more, with 75 coming from their own district.

There also are strict spending limits for those accepting public money: no more than $75,000 for the primary and another $75,000 for the general election.  As a veteran of several council campaigns, I think this seems incredibly limiting. It means a campaign can barely afford essentials like a campaign manager and a competent treasurer, a necessity under Seattle's strong ethics laws.

One savvy politico explains that the new system essentially demands that candidates put in no fewer than 180 hours going door to door. That skews elections toward younger and less job-dependent candidates.

In order to win a Seattle election, conventional wisdom says successful candidates need backing from at least two of the city's major forces: labor, business, social justice or neighborhoods. It never hurts to belong to a large interest group such as the Sierra Club, Cascade Bicycle Club or the Washington Environmental Council.

However, in these days when so much news is focused on national and international events, it is critical to remember what's important. Our lives are most directly affected by the localities in which we live. It is our cities that fund roads and parks, provide for public safety, look after health and welfare, furnish light, power and water, and even address human rights.

Unlike the federal government, Seattle has always managed to keep the doors open at public libraries, community centers and the like. But it matters greatly who we elect, who we ask to tax and spend, overseeing basic needs. That we may have dozens running for office and working to gain our trust is good news. May the finest candidates win.