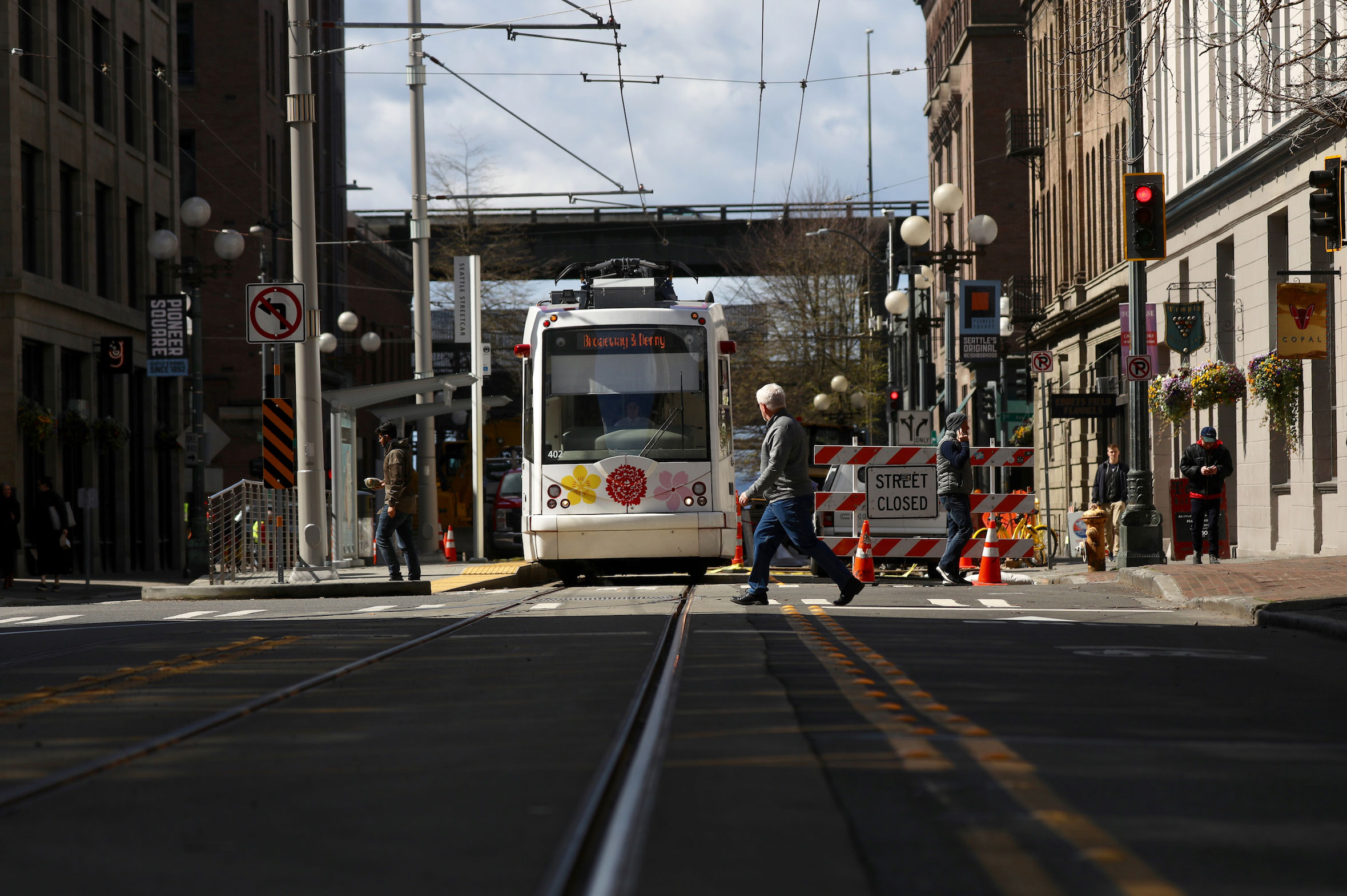 After months of deliberation, Mayor Jenny Durkan has elected to move forward with the Downtown Seattle streetcar. Known as the Center City Connector, the new line would connect Seattle’s two existing streetcar lines to create a 5-mile length of track. Pending Seattle City Council approval of the increased budget, it would snake through First Hill and the Chinatown-International District and along First Avenue before ending in South Lake Union.

The decision comes with a price tag. The city and its consultants estimate the project will now cost $285 million, another in a series of escalations. In 2015, it was estimated to cost $143 million; in 2017, $197 million; and last August it was pegged at $252 million.

The most recent increase in cost comes from additional funds for design, construction, contingency and maintenance. The delay itself also cost the project: In April, Seattle Department of Transportation (SDOT) officials estimated a six-month delay could cost the city up to $13.6 million. Some of the extra cost will go toward utility work the city says is necessary independent of the streetcar.

Additionally, the city will have to spend as much as $17 million to retrofit and adjust station size. After the First Hill streetcars from manufacturer Inekon came in years late, the city switched to CAF as it manufacturer. However, the cars ended up being longer and heavier than the original cars, meaning they would not fit in the storage barn or at some stations.

The city council will need to approve the allocations before the project can move forward.

Also hanging in the lurch is a grant from the Federal Transit Administration. Once assumed to be included in the budget, the grant must now undergo additional review before the city receives the money. That period will extend the completion date of the streetcar out to 2025 — blowing past the original 2020 date.

In an email to members of the Seattle City Council, Durkan said the project would be an integral part of the many changes occurring downtown and along the waterfront, including the teardown of the Alaskan Way Viaduct and the construction of a new waterfront park.

“A unique opportunity to build on our investments is a unified streetcar route,” she wrote. “From MOHAI to Pike Place Market to the Wing Luke Museum, we have the chance to connect communities and preserve the best of Seattle while building greater climate-friendly mobility and a more vibrant, equitable city center.”

Durkan has cast her first year in the mayor’s office as a clean-up period of sorts from what she views as the mistakes of past administrations. On no issue has she been clearer on this point than SDOT broadly and the streetcar specifically.

“It is clear now that the previous SDOT management in the last administration had failed to do the proper due diligence to account for all the costs,” she wrote in her email. “As a result, this project was not set up for future long-term financial success, including with the Federal Transit Administration.”

Durkan was slow to nominate a permanent director to lead SDOT, as acting director Goran Sparrman did a full examination of the department. Late last year, she nominated Sam Zimbabwe from Washington, D.C., which in retrospect was a signal of where she was leaning on the project. Zimbabwe worked extensively on D.C.'s streetcar.

"I know that under the direction of our new SDOT director, Sam Zimbabwe, who oversaw issues with the DC Streetcar, we will continue our efforts to be transparent and accountable on this major capital project," she wrote.

The mayor’s decision was quickly cheered by the Downtown Seattle Association, which has been pushing for the project to go forward on behalf of downtown and Chinatown-International District businesses.

“We have two lines today that when connected will give people a frequent and dependable way to access the city’s most popular destinations and densest employment center,” DSA CEO Jon Scholes said in a statement. “With current and projected growth, we need to get this line constructed and operating. We appreciate the mayor taking a careful look at this and look forward to working with her and other key stakeholders to move it forward.”

“Our community was told our pain and suffering during the construction phase would be worth it because we’d have a connected system to benefit our residents and businesses," said Maiko Winkler-Chin, executive director of the Seattle Chinatown International Preservation and Development Authority in a statement. "With the First Avenue line, we will have a connected, functioning system and this community will actually see the promised benefits.”

Skeptics of the new streetcar have pointed to lackluster ridership on the city’s two existing lines, which have failed to meet projected passenger or budget expectations. In a report commissioned by the city and released last summer, however, the auditing firm KPMG projected that connecting the two lines would boost ridership across the network, especially because the downtown streetcar will operate in its own lane.

With the rise in cost, the city council will have to allocate as much as $88 million in additional funding — which would cover both the streetcar and downtown utility work. That number could go higher, depending on the state of federal dollars.

In addition to the budgetary issues, there could be possible legal issues at play as well. The City Attorney’s Office got involved shortly after the The Seattle Times first reported that there were budget issues, but the discussions are largely shielded by attorney-client privilege.