Seattle’s racist roots and the battle to recognize MLK 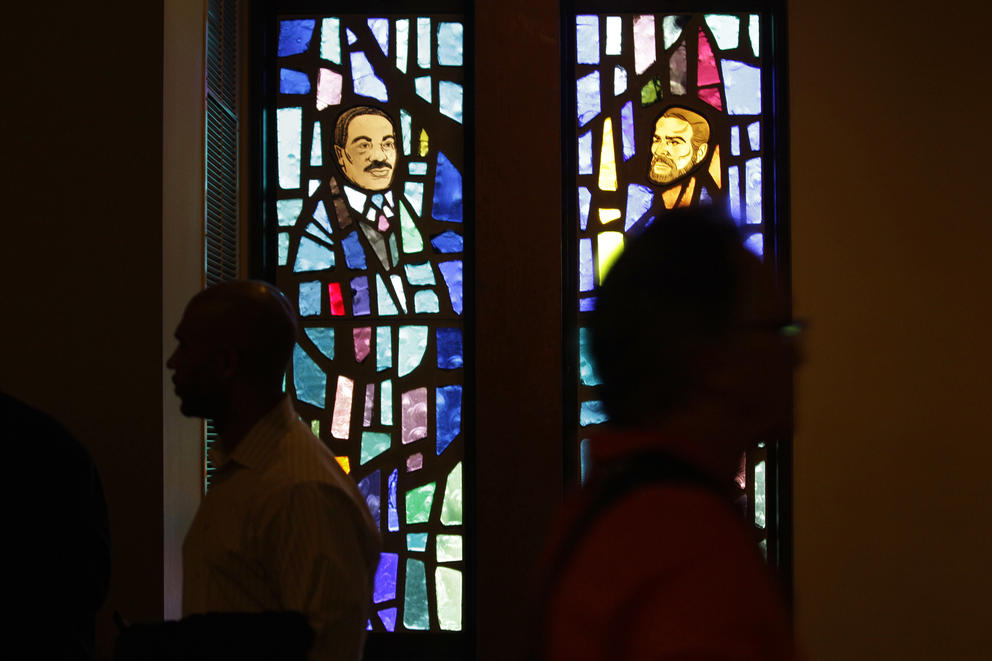 But before smugness sets in, it’s worth remembering that, beyond ongoing local struggles for racial justice and equality, these names on our civic landscape came about only after stiff resistance from many Seattleites.

That opposition reflected longstanding resistance among some here to recognizing Dr. King. And the opponents used a familiar toolkit of arguments to slow progress: legal action and questions about expense and relevance. Seattle did not acknowledge King with high-minded unanimity. It was a fight that took years.

It shouldn’t be a surprise. Seattle has a long, nasty history with race, and bad behavior didn’t end after the fizzling of the Ku Klux Klan revival of the 1920s (King County was a hot spot). Voters overwhelmingly rejected open housing in 1964, and the Seattle City Council passed it only after King’s assassination in 1968. Mandatory school busing, imposed by the Seattle School Board under threat of civil rights legal action, was resisted — including through an initiative passed by voters but overturned in court — and sped white flight to the suburbs in the 1970s and ’80s. The legacy of redlining continues to this day.

In retrospect, when African American activist Eddie Rye Jr. floated the idea of renaming Empire Way to Martin Luther King Way in 1981, the move seems like a no-brainer. But many people in the city reacted the way people might when clinging to a statue of Robert E. Lee.

For context, Empire Way, which runs about eight miles from Madison Street to south Seattle through the Rainier Valley, was named after a railroad robber baron, James J. Hill, who used his clout to shape the city, settle the West and trade his land to a guy named Weyerhaeuser to spur the massive logging industry in the Northwest. He brought the Great Northern Railroad to Seattle in 1893 and built King Street Station.

In many respects, he put Seattle on the map for settlement and resource extraction on an industrial scale. He was honored with a bust at the Alaska Yukon Pacific Exposition in 1909, and it still sits atop a pillar on what is now the University of Washington campus. His nickname was “The Empire Builder,” a name that sticks to the Amtrak train that stills runs between Seattle and Chicago.

Of course, those people who grew up with Empire Way had pretty much forgotten Hill, if they’d ever heard of him. The name of the street was no more interesting than “Airport Way,” and less helpful in telling you where you were going.

Rye’s suggestion was taken up by the city council and had the support of then Mayor Charles Royer. Following approval of the change, protest calls flooded ity Hall. A common complaint was the cost of new signs and business owners having to print new stationery. The city’s own costs were pegged at only about $130,000, but people cried that there were better uses for the funds. “If you’ve got money to throw away, throw it away on what is needed,” said one citizen. Those who answered the calls said some were “bigoted.” No doubt.

The debate continued into 1982. A “compromise” was suggested by the Seattle Board of Public Works: Why not only rename the three miles south of Madison St. to Rainier Ave. after King — that area was the heart of the Central Area. The clear message: Let “those people” have their street, but not the rest of us. Some insisted their opposition to the change was not racist. Don Heider, a South End business owner and leader of the opposition who died in 1990, told The Seattle Times, “We have been called racists and pigs. We’re taking a tremendous amount of abuse from a handful of people.”

The opponents, including Heider, filed suit to stop the name change from taking effect, challenging the city’s process. Civil rights advocates pushed back by picketing and threatening a boycott of businesses who were against the new name. “This is an effort to show merchants that we don’t appreciate their insensitivity in a multiracial neighborhood,” Rye told the press.

A campaign also began to plaster MLK decals over the old street signs. The legal dispute went to the state Supreme Court, but the legality of the name change was upheld in 1983, real street signs were changed and the city moved on.

Three years later, in 1986, consideration was given to an idea floated by a number of activists and journalists: Why not redesignate King County after Dr. King? A bipartisan proposal was presented to the King County Council by members Ron Sims, a Democrat, and Bruce Laing, a Republican. No one would have to change an address. But the county could erase an uncomfortable legacy stemming from whom it was named after.

The county was named for William Rufus Devane King, a Southern planter and slave owner, co-founder of Selma, Alabama (he picked the name), and a man who had a long and distinguished government career in the U.S. House of Representatives, foreign service, and U.S. Senate leadership. In 1852, Southern Democrat King was vice presidential running mate of Franklin Pierce, a Northern supporter of Southern slave rights. (Note to Pierce County: You guys are always wanting to change Mount Rainier to Tacoma or Tahoma; why not give some thought to renaming your county. Pierce’s career is hardly an inspiration.)

The 1852 election coincided with the Oregon Territorial Legislature naming new counties in what soon became the Washington Territory. It named one county after the winner of that election, Pierce, and an adjacent one for his running mate, Rufus King. It would be a little like naming new counties after Trump and Pence in 2016. It should be noted that Pacific Coast politics of the time was dominated by elected officials and appointees with Southern Democratic roots or sympathies. Some actually wanted the coast to secede as an independent slave-friendly republic. Oregon’s first senator, Joseph Lane, ran on a secessionist ticket against Abraham Lincoln.

It hasn’t been easy to acknowledge let alone confront that legacy. In 1966, the Seattle Times ran a full-page profile of Rufus King, and failed to mention that he was himself a slave owner, a defender of slavery and an advocate of the Fugitive Slave law. He, along with Pierce, supported the Kansas-Nebraska Act, which opened the door to expanding slavery into the territories and was a violent precursor to the Civil War. Historians have noted that King was relatively moderate for southerners of his time and attempted to be a calming influence on radical secessionists. He never did actively serve as Pierce’s vice president because he died shortly after being sworn in.

Again, renaming King County after Dr. King seemed easy, and it did pass the council. But more hurdles arose.

The first was a controversy over whether to put Martin Luther King’s image on the county’s official logo, which for decades had been a rendering of a crown best described as “nondescript.” The discussion began in the mid-1990s, when it was thought that the county needed a better symbol. In 1999, citizens petitioned the council for the change. Roberto Maestas of El Centro de la Raza said it was a chance for the county to “seize the moral high ground.”

The logo discussion was eventually resolved and now Martin Luther King Jr.’s image adorns stationery, sheriff uniforms, etc. But it wasn’t resolved until 2006! In other words, it took a decade of debate about a logo for the county to embrace Dr. King’s image instead of hiding behind a vacuous symbol.

Opponents on the county council suggested putting the logo to a countywide vote in hopes it would be defeated. No public vote came about.

On top of that, in 1999 at the prodding of Councilmember Larry Gossett it was learned that the county’s vote to change the designation from King to Dr. King was merely honorary. Only the state Legislature could formally name or rename a county. Again, resistance rose in the Legislature with another effort — ultimately unsuccessful — to get a public vote. Lawmakers eventually approved the name change, and Martin Luther King Jr. County became street legal in 2005.

So, from 1981, when the proposal arose to rename Empire Way, to final acceptance of King’s image on the county’s official logo, it was 25 years of argument, struggle, court action, legislative action, public debate, foot-dragging and delay. The effort to recognize Martin Luther King Jr. succeeded, and that’s a good thing. But don’t take it for granted. 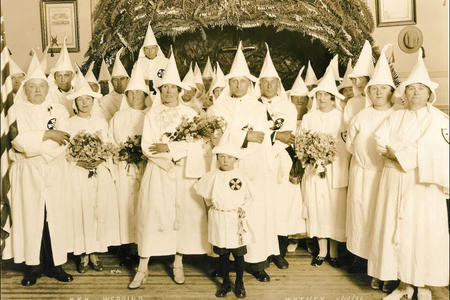 Our dishonorable past: KKK's Western roots date to 1868

Photograph of a 1926 KKK wedding party with a location stamp Sedro-Wooley, Washington. 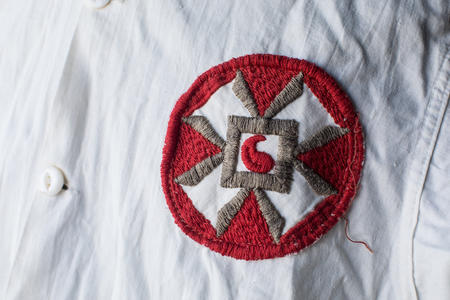 The chilling threads of our racist past

A trip from Washington to Oregon — both hotbeds of racism — to understand their ugly histories.

by / February 1
Article continues below

Our dishonorable past: KKK's Western roots date to 1868

Photograph of a 1926 KKK wedding party with a location stamp Sedro-Wooley, Washington.

The chilling threads of our racist past

A trip from Washington to Oregon — both hotbeds of racism — to understand their ugly histories.

Mossback's Northwest: How we look at 'Mercer girls' today

A scheme to bring marriageable women to early Seattle was the basis for a 1960s TV series, 'Here Come the Brides.' But it wasn’t all calico and fun.

by / January 28
Inside Crosscut