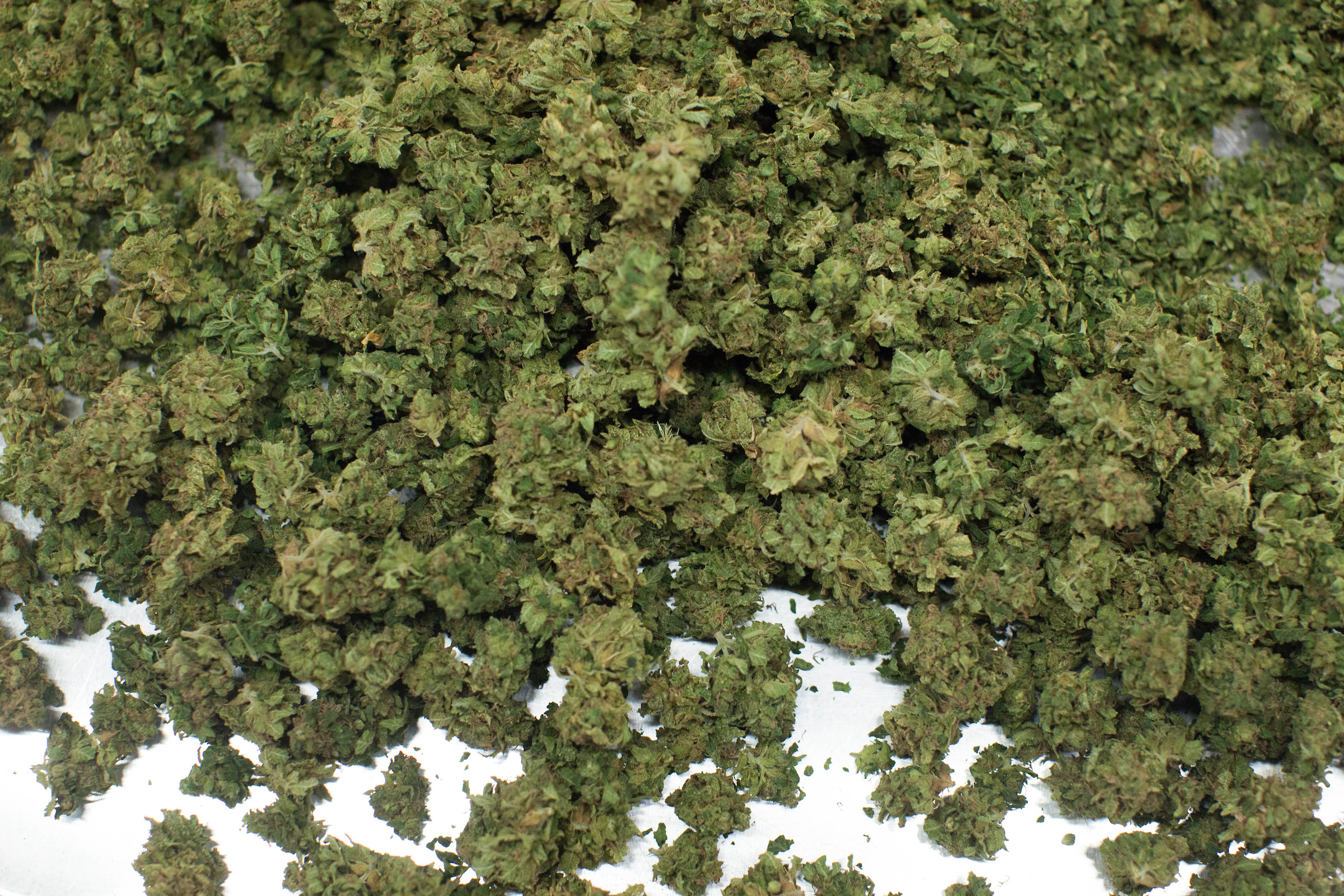 Cannabis flower at Botanica Seattle's headquarters and production facility on March 12, 2017. A bill in the Legislature would allow home-growing of pot. (Photo by Matt Mills McKnight/Crosscut)

If pot is legal in Washington, what’s wrong with planting some marijuana seeds at home?

That’s what State Sen. Maureen Walsh, R-Walla Walla, says in support of her bill to allow a person 21 or older to grow up to six marijuana plants at home. The bill would allow up to 15 plants in “a single housing unit” if three or more people grow marijuana there.

Currently, purely recreational marijuana is not allowed to be grown in Washington’s homes. Medical marijuana can be homegrown in limited amounts.

Walsh’s bill is a clone of a bill introduced by Rep. Brian Blake, D-Aberdeen. Walsh is a fiscal conservative who sometimes leans liberal on social issues, describing herself has having a libertarian streak. She saw Blake’s bill and decided to introduce the same one in the Senate. Both bills have Republican and Democratic co-sponsors.

Marijuana legislation is frequently bipartisan in Olympia, with both sides pointing out that 57 percent of Washingtonians approved legal recreational marijuana in a 2012 initiative.

He expects enforcement of the proposed six-plant threshold would be limited, with police officers only responding to complaints rather than actively seeking out home-growing in excess of six plants. He noted law enforcement currently does not go out its way to make sure home-brewing and home wine-making stay within legal limits — instead merely responding to complaints.

“We’re not asking for the moon,” Walsh said.

She said that allowing homegrown marijuana will help Washington compete against pot grown by criminals by cutting back on incentives to seek out black-market pot. For the past few years, the state government, including the Legislature, have been conscious that legal marijuana competes against illegal marijuana, and has taken measures to keep criminals from gaining any financial advantages over legal pot. Washington’s 37 percent sales tax on legal pot has been designed to hit a sweet pot in which the state collects as much money as it can without driving people to look for black-market marijuana.

Crosscut attempted to speak with people who grew recreational pot illegally at their homes, but several told an intermediary that they are “too scared” to talk with the media about an action for which they could be arrested.

The Washington State Patrol’s Monica Alexander said, “It is extremely difficult to go into someone’s home just to see if they limited their marijuana plants to six.”

Bailey Hirschburg of the Washington chapter of the National Organization for the Reform of Marijuana Laws contended that all other states with legalized recreational marijuana have allowed home-growing for recreational use.

John Kingsbury of Home Grow Washington argued that growing a small amount of pot at home won’t affect the recreational marijuana businesses. “Why,” he asked, “should we be making felons out of people who grow plants that we sell like beer?”