Days before the beginning of the Legislature's latest session, both parties agree that something must be done. 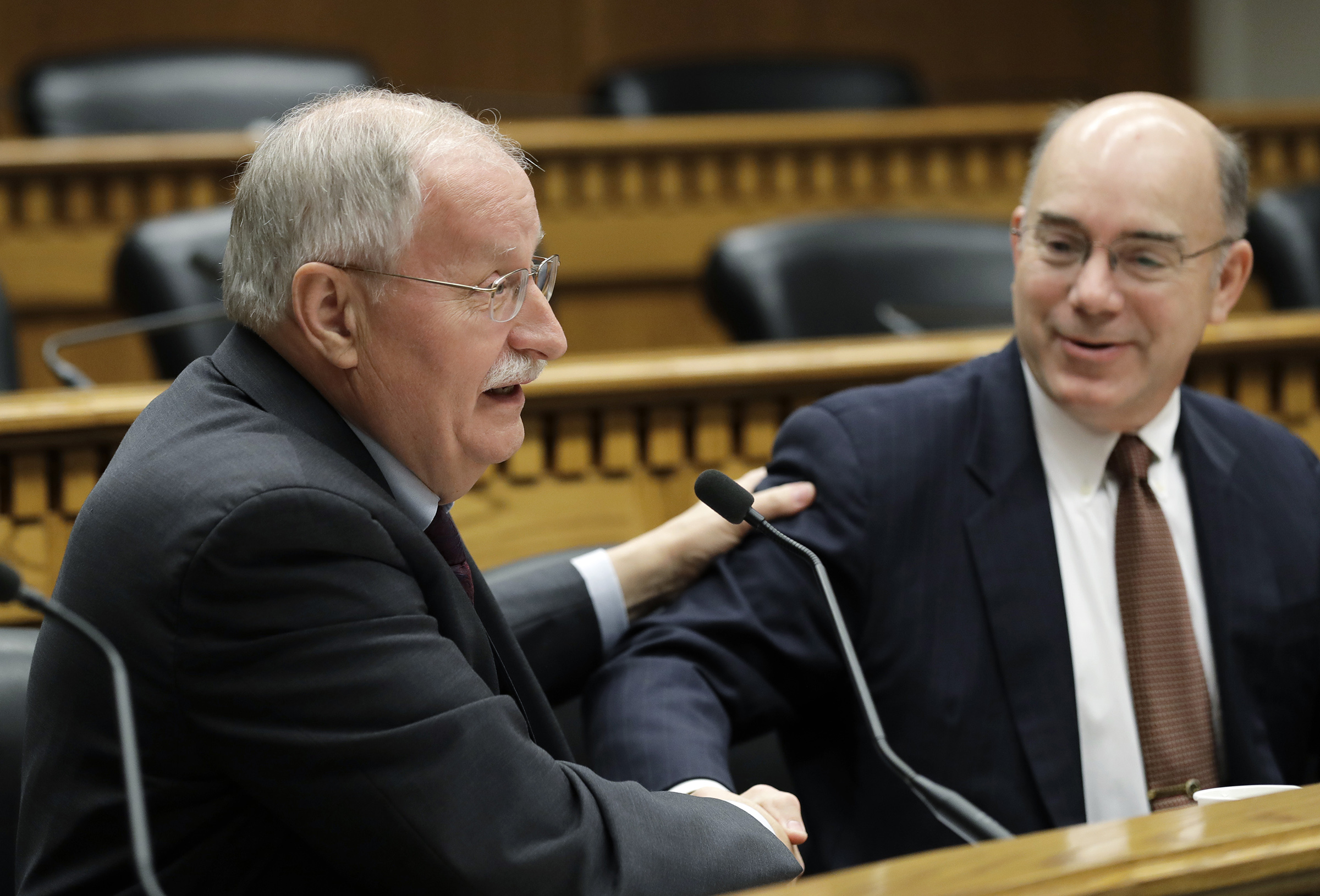 Republicans and Democrats appear to have found common cause in the run-up to the 2019 legislative session. During a legislative preview Thursday morning on the Capitol campus in Olympia, leaders from both parties hinted that they could come together to propose a huge bond issue to Washington voters. It’s purpose: funding mental-health services.

During the event, hosted by the Associated Press, Sen. Keith Wagoner, R-Sedro-Woolley, and the Senate Republicans' point person on mental health, said his caucus is putting together a bill to send a $500 million bond issue to Washington voters that would build mental-health clinics and possibly new hospitals across the state. Right after Wagoner spoke, House Speaker Frank Chopp, D-Seattle, said he would like to meet Republican budget chief Sen. John Braun, R-Centralia, about working together on such a measure.

Wagoner and Chopp both support scattering many clinics across the state.

Although mental health appears to be a strong bipartisan issue, much still has to be mapped out regarding what the Legislature’s goals will be.

But mental health appears to be a leading priority of both parties, echoing a Crosscut/Elway Poll, which had 84 percent of 502 respondents listing this topic as a top concern. It is also in line with Gov. Jay Inslee’s call for an overhaul of state mental-health services.

Last month, the Democratic governor proposed a $675 million plan to improve the state’s mental-health system. His plan would fund hundreds of new community mental-health beds and the hiring of more workers. It would also team the state government with the University of Washington to set up a new teaching hospital specializing in mental health.

So far, only two mental-health bills have been filed — both by Sen. Steve O’Ban, R-Tacoma — to streamline the certifications of mental-health professionals.

The national outlook on mental health shows that there is widespread need for mental health services. According to the National Alliance on Mental Illness, about one in five adults and teens have dealt with mental illness, and one in 25 adults have had to cope with a mental illness serious enough to interfere with a major life activity.

By numerous measures, Washington state is lagging in its ability to provide services for this population. A Mental Health America 2018 report places Washington 28th in the nation for access to mental-health professionals. A Washington State Nurses Association report said that in 2014 there were 9.1 psychiatric beds per 100,000 people — 46th in the nation. A federal report quoting 2013-2014 figures estimated that 226,000 Washington adults and 64,000 Washington youths suffered a serious mental illness in that period — with 44 percent of both obtaining treatment.

Both Democrats and Republicans on Thursday acknowledged that improving the system is complicated by different communities and different people having different health needs.

“You cannot have one size fits all because that’s not how human beings work,” said Sen. Manka Dhingra, D-Redmond, and chairwoman of a new Senate Behavioral Health Subcommittee.

Meanwhile, the state’s largest mental-health facility, Western State Hospital, has been the target of criticism from the Washington Supreme Court and federal inspectors. The facility was found lacking enough beds for patients and has been the site of inmate assaults on staff members. It also has been criticized for stashing untreated patients in jails.

Rep. Joe Schmick, R-Colfax, and the House GOP point person on this issue, said Western is so antiquated and in need of an overhaul that it would be cheaper to build a new hospital that is up to snuff with state and federal regulations.

Despite indications that both could support a bond measure, Democrats and Republicans remain divided on other means to raise money for new mental-health programs.

Republicans are dead set against Inslee’s proposals of a 9 percent capital gains tax likely to affect only the wealthiest 1.5 parent of Washingtonians. They also oppose the proposal to raise the business-and-occupation tax on service businesses from 1.5 percent of gross receipts to 2.5 percent. These two Inslee proposals would raise roughly $3.6 billion in the 2019-2021 budget biennium.

House Majority Leader Pat Sullivan, D-Covington, said his caucus has supported a capital gains tax in the past, and expects similar support this year. New Senate Majority Leader Andy Billig, D-Spokane, said his caucus won’t likely consider a capital gains tax until roughly March, when the Legislature has nailed down its desired expenditures for 2019-2021. Sullivan and Billig punted until roughly March on the B&O tax increase for the same reason.

Democrats currently have the largest legislative majorities this decade — 28-21 in the Senate and 57-41 in the House — which means they have enough votes to pass a tax, even if they lose the support of a few Democrats on these issues.

If a capital gains tax passes, it will likely face a constitutional challenge in court. Republican lawmakers argue that it is a kind of income tax. Democrats frame a capital gains tax as a tax on a financial transaction — meaning it is an excise tax.