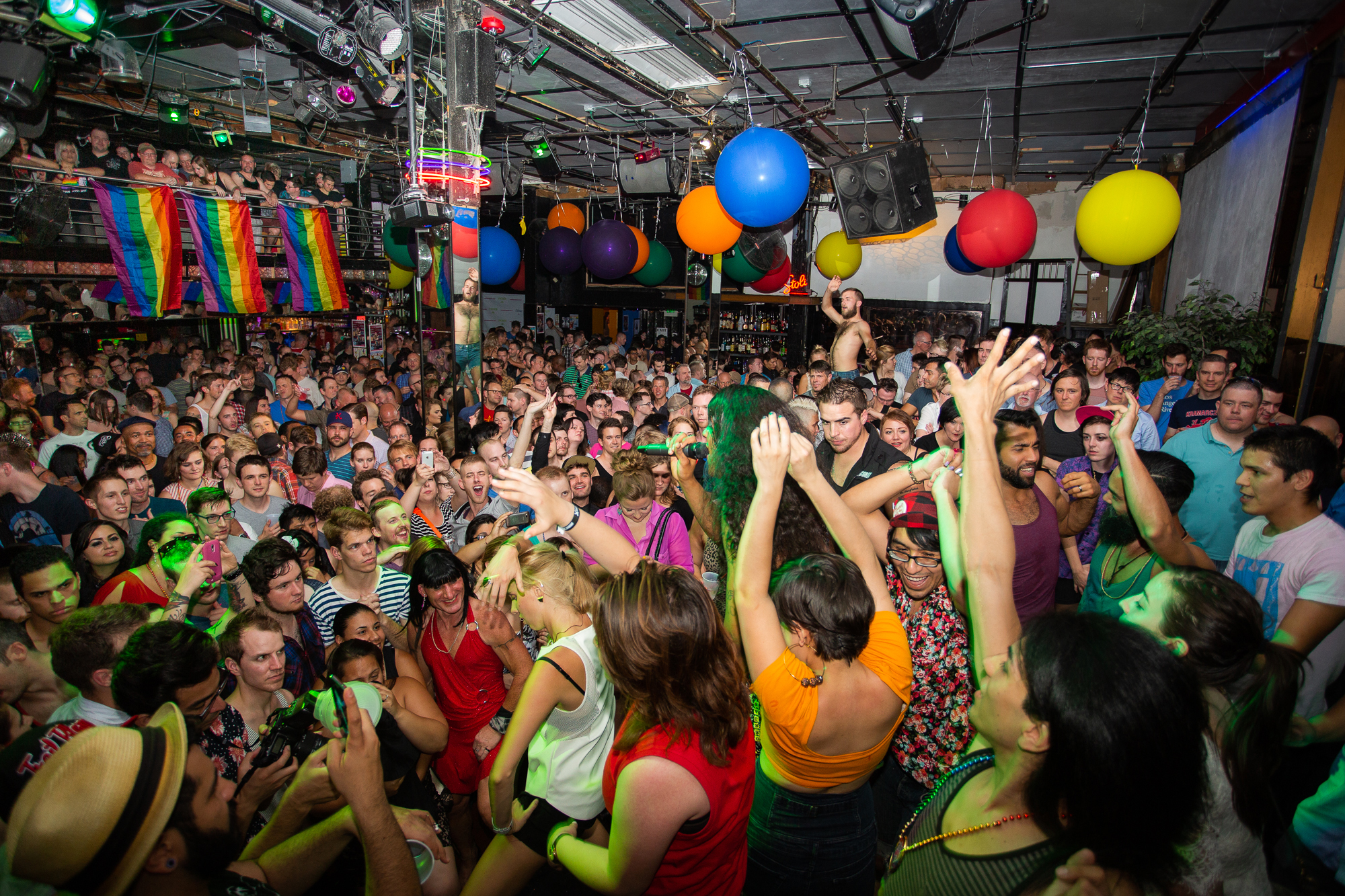 With its marquee arrow sign beckoning crowds, Neighbours is an iconic place for a late night weekend pub crawl. Between Pike and Pine on Broadway, in the heart of Seattle’s historically gay district, the two-level Capitol Hill club awakens weekend after weekend with loud dance music pulsating out the front doors and back-alley entrance.

Neighbours opened in 1983 and while it still hosts drag shows and local DJs, some argue it has become less and less of a gay club and more of a spot where transient astronomers might wind down after a day of forums during a weeklong conference. Whether or not that’s true — or if Neighbours' significance to Seattle’s LGBTQ community still carries weight — will certainly be up for debate as news broke Tuesday that the building where the long-standing gay dance club is housed is on sale for $6.9 million.

The broker, Puget Sound Properties, detailed the property in a brochure as a unique opportunity, a “hot spot for young tech workers” near “funky and fast-paced neighborhoods.” It lists ideal buyers as those interested in redevelopment — perhaps to cash in on young tech workers?

Earlier this week, in a dark corner of another legacy Capitol Hill gay bar — R Place —  a group of regulars sat at their self-titled “Queen’s Table” waiting for “Turn Up Tuesday” and discussing what’s next for Neighbours.

Nate, a burly redhead with a close-shaven beard, a baseball hat and a contagiously boyish laugh, said that somebody in the gay community had already made a Facebook post that day about the news.

“Can someone loan me $6.9 million to keep the bar open?” the post advertised, according to Nate. “I got 20 on it,” he teased, sending everyone at the table into a guffaw.

Nate, who withheld his full name out of fear of online harassment, said Neighbours isn’t really the go-to place for the gay community anymore.

“There’s no regulars. It’s not homey,” he said.

“The gay community calls it ‘neighwhores,’ ” pointed out Kimberly, a woman in her 30s who works at a hair salon and has an affinity for the word “okaaaay.” She also asked that her full name not be used.

“At the same time though, that’s what a nightclub is,” she said. Both Kimberly and Nate said they didn’t really know anyone who frequents Neighbours all that much unless it’s after 2 a.m., when all the other Capitol Hill spots have closed for the night.

“In short, if Neighbours were gone, nobody would be upset,” Kimberly said. “Well, the employees would be.”

Nate quickly chimed in: “No sober person would be upset.”

“It had its place at one time in our lives,” Kimberly added. “We’ve had something close in Seattle all the time ... we’re just so used to it.”

Wade Madsen, a dance professor at the Cornish College of the Arts, echoed similar observations. In a phone interview, Madsen said he’s heard the club these days is bombarded with out-of-towners looking for a wild night and intrigue at “the gay bar.”

Still, he reminisced about the time he auditioned for a lip sync show singing Peggy Lee’s Fever decades ago when he was in his 20s.

“I got a friend to perform with me and when you performed something well-choreographed and well-rehearsed, the sound when people clapped and cheered at the end was deafening and unbelievable,” Madsen said.

As far as Madsen can remember, it’s been at least 15 years since he last visited the club. He wonders whether the club’s uncertain future was inevitable and what, if any, community it serves nowadays.

“The whole gentrification of Seattle and Capitol Hill … there’s places with so much history,” he said.

On Wednesday during Neighbours’ College Night, the dance floor was bare as the clock inched closer and closer toward drag show time: 11 p.m.

A small group of 18- and 19-year-olds huddled in a corner, including Iris Cohl, 18, a club regular wearing black and white patterned pants and dark eye makeup with white lines painted on as lashes.

Cohl explained how her preferred pronoun changes day by day; on this night, she was “feeling like a she/her.” She looked out onto the dance floor as if she were in love while explaining the community she’s been able to find here.

“They call me by whatever I want and that’s really validating,” said Cohl, whose drag king persona goes by Lil Cock. “I met all my friends here.”

Julia Blatter, 18, dressed as Bong Boyage — “a 19th-century aristocratic fancy bastard” — said Neighbours was a space where she could be “as gay as I want.”

“I hope Neighbours sticks around because I just found it and I’d be really disappointed if I lost it,” Blatter said.

Eric Moss from the Greater Seattle Business Association, one of the largest advocacy groups for LGBTQ businesses in the Northwest, said in an email that change in the neighborhood is bound to happen and has happened. Before Capitol Hill, Pioneer Square used to be the gathering place for Seattle’s gay community back in the 1970s.

Now as Capitol Hill grows with more and more development, Moss said the number of LGBTQ businesses has stayed fairly consistent in the Pike and Pine corridor. If one LGBTQ business closes, another pops up in its place.

“Almost every month there is a new business or nonprofit opening in the neighborhood,” Moss said. “But we see that arts, nightlife, and community are still vibrant in the core of the neighborhood and more and more LGBTQ and allied businesses are opening doors along the redeveloped portions of the hill.”

But in a rapidly changing Seattle, there’s still a feeling of nostalgia for Neighbours.

Gary Davis first came out in 1983, the same year Neighbours made its debut. He remembers he’d spend busy nights waiting in the back alley line to get inside, shivering as he braved winter nights without a jacket just to get inside and warm up with some fashionable dancing.

“It was a great place to meet the cross-section of society,” Davis said. “It just felt very free, open, and fun.”

“For me at that age, it was kind of a feeling of entrée to the wider community and being able to be free,” Davis said. “A feeling of freedom, to be able to dance and to be yourself was embraced there and that was pretty poignant for me at that age.”