Why hasn’t the Northwest’s snowpack declined? 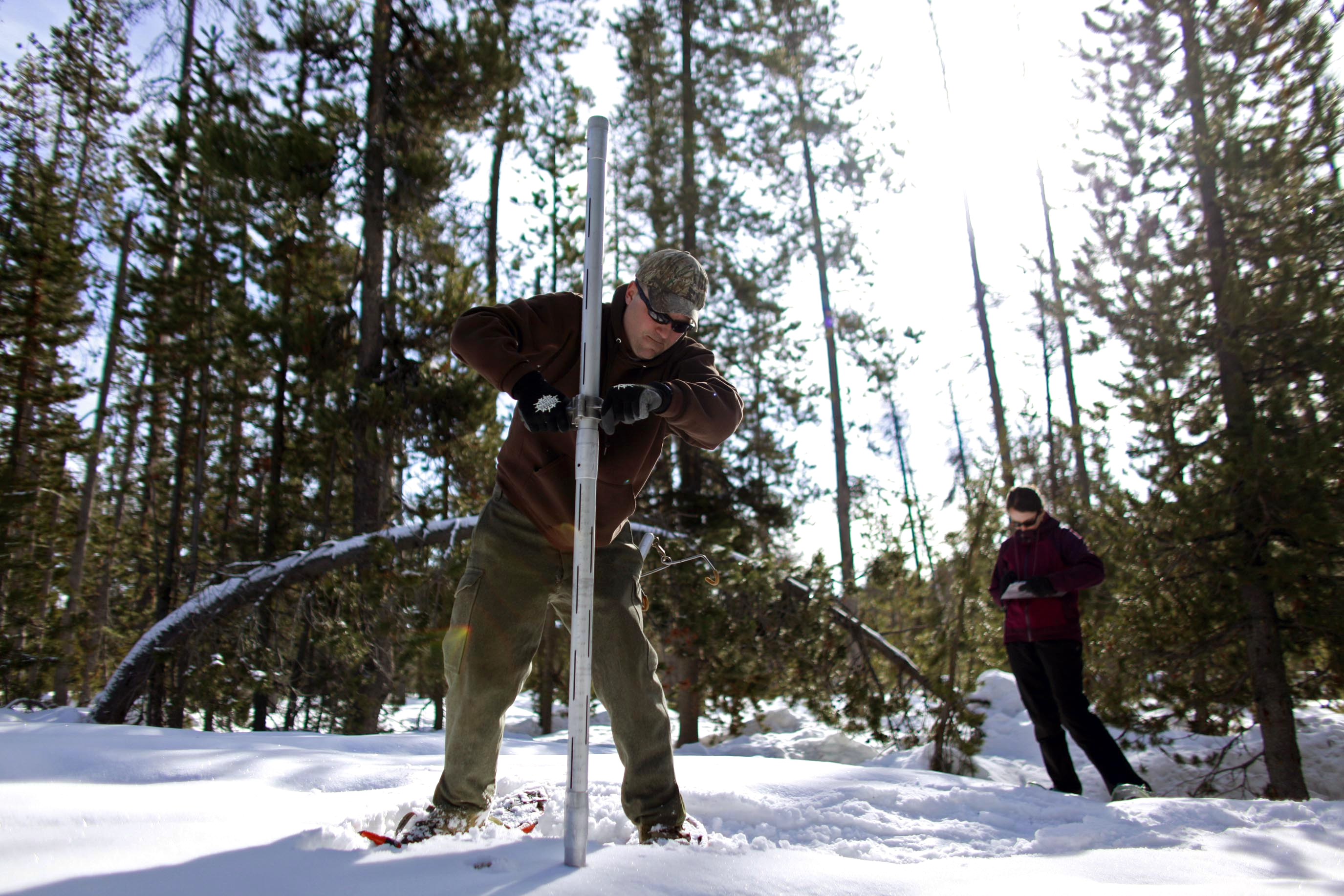 For the past 35 years, the snowpack in the West’s mountains has resisted the impacts of global warming. But that could soon change, according to a new study out of Oregon State University.

The study, published in the journal Geophysical Research Letters, found that although climate change should have caused a steep decrease in snowpack, naturally occurring, decadeslong weather variations shielded the Cascades, Sierras and Rockies from some of the effects. Although snow stations have recorded some decline, it hasn’t been statistically significant. But according to the study, without this natural weather variation, snowpack in Oregon could have declined between 18 percent and 54 percent over the last 35 years.

The West has a wet season and a dry season and relies on wintertime snowpack for summertime water, so this could have drastic impacts on the region. Nick Siler, a climate scientist at Oregon State University and an author on the study, says Oregon could be hit particularly hard when this trend reverses because it tends to snow in Oregon when temperatures are close to freezing, not far below freezing. It wouldn’t take much warming to tip that snow to rain.

It’s important to note that this study looked at snowpack on April 1. Siler and his team also broke down snow seasonally, and as many skiers and snowboarders have noted, the snow seems to be coming later and later. But the snowpack present on April 1 is the snow that will get the West through the summer. April 1 snowpack declined in Oregon by an average of 14 percent across the study period — but Siler cautions the margin of error is so large that the decline isn’t statistically significant.

To figure out why the West’s snowpack stayed strong, Siler and his colleagues looked at how April 1 snowpack has changed since 1983, the first year for which there is good data. In the 35 years covered in the study, the western U.S. warmed by more than 1 degree Celsius, so it’s not as though climate change just passed the West by.

Siler and his colleagues then looked at sea surface temperatures in the Pacific, which can drive air currents and precipitation across the Western U.S. The pattern that they saw, a warmer Western Pacific and a cooler Eastern Pacific, is associated with La Niña-like conditions. La Niña generally means a cooler, wetter winter for the Pacific Northwest.

“Temperatures have been slightly cooler than they would have been, in the absence of these circulation trends,” says Siler, “but the bigger signal is in precipitation.”

Put simply, even if it’s a little bit warmer, as long as it stays below freezing, wetter years can bring more snow.

Siler says that when that masking effect goes away, “we could experience substantial declines in April 1 snowpack.”

Siler says it’s hard to know what it’ll look like when this weather trend ends, but it’s possible that total snowpack could decline very, very rapidly. Though, notes Siler, there will always be a lot of year-to-year variability.

“I don’t want to give the impression that we’re predicting an immediate shift into a regime where snowpack is going to become quite scarce. But my strong feeling is that in the last 35 years, the trends that we’ve seen are not a good predictor of the trends we’re likely to see over the next 35,” says Siler. “When exactly these significant declines will appear is impossible to say.”