4 key takeaways from Mayor Durkan's State of the City

The annual speech focused on students, ORCA cards and the "Seattle of the future." 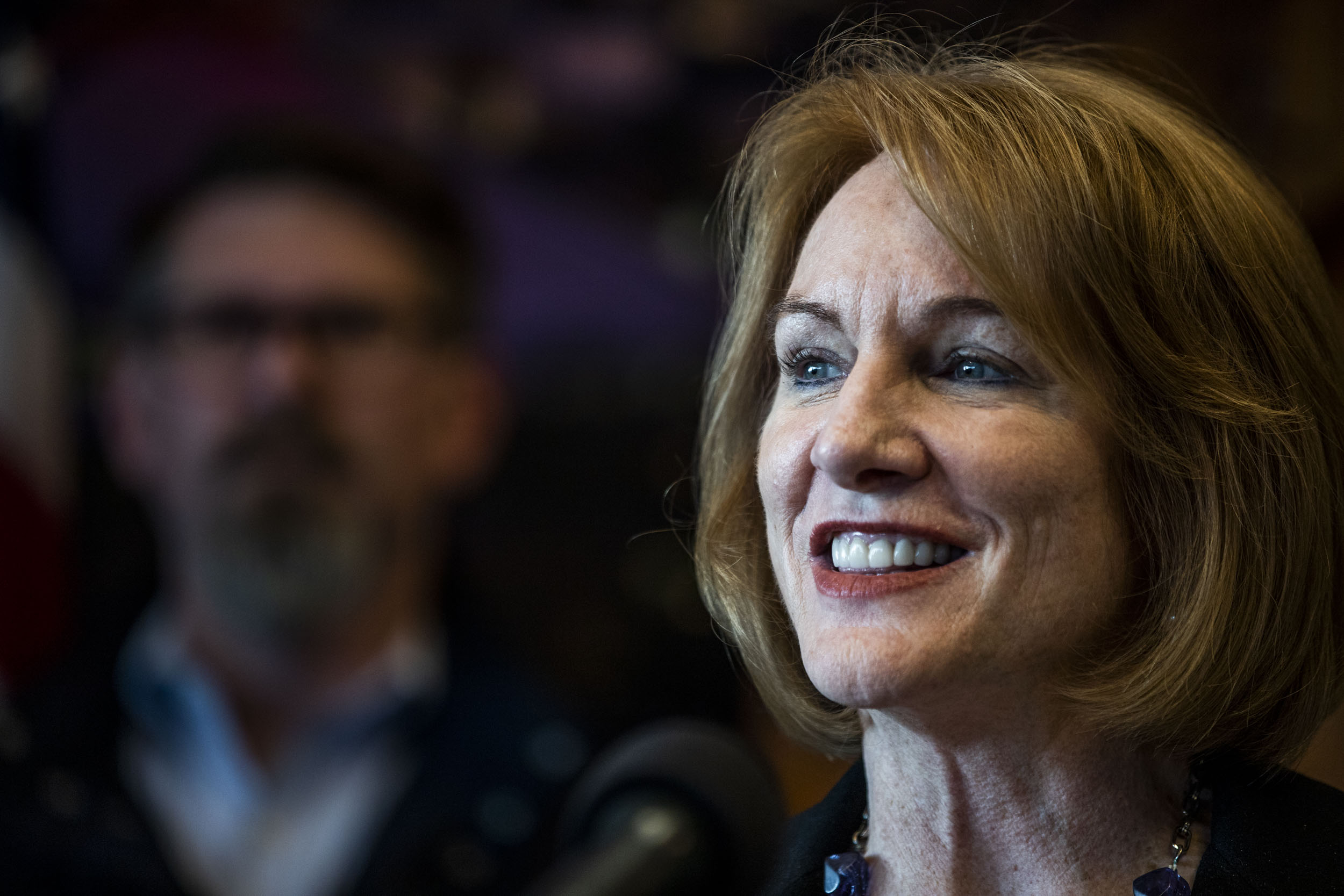 Echoing the aspirational rhetoric of her campaign stump speeches, Mayor Jenny Durkan used her second State of the City address to marvel at the city’s resilience over several weeks of highway closures and snowstorms; to again lay out her vision for Seattle’s future; to celebrate the achievements of her first year in office; and to drop several pieces of news along the way.

Durkan spoke Tuesday before members of her cabinet, members of the Seattle City Council, the press and invited guests in an intimate theater at North Seattle College — chosen as a way to draw attention to the “Seattle Promise” program, which recently expanded tuition-free community college to graduates of Seattle public schools.

In a speech that ran about 40 minutes, she unveiled several new initiatives: a scholarship for Seattle Promise participants to purchase school materials, as well as new paid internship opportunities; a partnership with the Seattle Housing Authority (SHA) to provide transit passes for low-income residents; and legislation to require electric vehicle charging stations in new construction.

Durkan also said she would sign an executive order later this week “to refocus our strategies to prevent displacement and gentrification.”

For the most part, Durkan’s speech was not anything close followers haven’t heard before — an optimistic and exceptionalist vision of the “Seattle of the future” that, despite all its challenges, can continue to be welcoming and diverse. She invited guests to imagine better transit, waterfront views and even more easily accessible Dick’s hamburger stands.

“Think about a city where all that is possible,” she said. “That’s where we’re headed, that’s where we have to go.”

Here are some of the big takeaways from the speech.

Unlike some of her predecessors’ traffic nightmares (see Nickels, Greg), Mayor Durkan appears to have emerged blameless from the dual headaches of the State Route 99 closure and Seattle’s largest snowstorm in 50 years. Seattle Times readers gave mostly good marks for her office's handling of it.

It’s no surprise, then, that the mayor was effusive in her praise for the city during her speech. “From the Seattle Squeeze to the Big Freeze — it was challenging,” she said, reading from  prepared remarks. “But Seattle rose to the occasion. So let’s not make that a ‘moment. Let’s keep doing those things that made us better.”

Polling continues to show homelessness and the cost of housing are the top priorities for Seattle voters — and the biggest thorn in the side of elected officials.

Durkan touted progress made over the last year, including large-scale regional investments into affordable housing, more 24/7 homeless shelters, and movement toward more interagency collaboration between the city, county, state and nonprofits.

But celebrating successes on this front is tenuous for all of the region’s elected officials, not just Durkan, because the problem remains monumental.

Apparently aware of this, Durkan repeatedly referred to the displacement of communities of color from Seattle. She said she would be signing an executive order to implement new strategies to prevent displacement, but her staff did not offer immediate details. In short: “We need more affordable housing.”

Durkan used her speech to strike an occasional urbanist-sounding tone — similar to that of some of her most ardent detractors. She endorsed the city’s plan for spot upzones across Seattle. She encouraged a faster path to light rail. She spoke highly of the new downtown streetcar she recommitted to last month after an extensive review. She promised to seek ways to reduce dependence on single-occupancy vehicles, including adding more transit and priority bus lanes. And she announced the partnership with SHA to provide unlimited ORCA cards to low-income residents.

At the same time, she celebrated the opening of the new downtown tunnel, a project transit advocates still oppose, even after its opening.

There’s a reason Durkan held her speech at North Seattle College. On no other issue is she prouder than efforts to expand education opportunities in the city — including two years of free community college for graduates of Seattle’s public schools and the expanding Seattle preschool program. Both got a major boost last fall when voters overwhelmingly approved a property tax increase to fund the programs.

Durkan celebrated the programs in her address, tapping one tuition recipient to introduce her. She also unveiled some companion pieces. Lower-income participants in the college tuition program may soon have access to $1,000 for school supplies. And the mayor also announced her intention to establish a new apprenticeship program for tuition recipients. Students could work in a range of corporate and blue-collar jobs to gain job skills.

"Just imagine, for a moment, what it might look like in just five years for students here at North Seattle College," said Durkan. "They may be the first in their family to go to college because of the Seattle promise program. They live in every neighborhood in the city. They have affordable housing. And they’re able to get to class using their free ORCA card.”