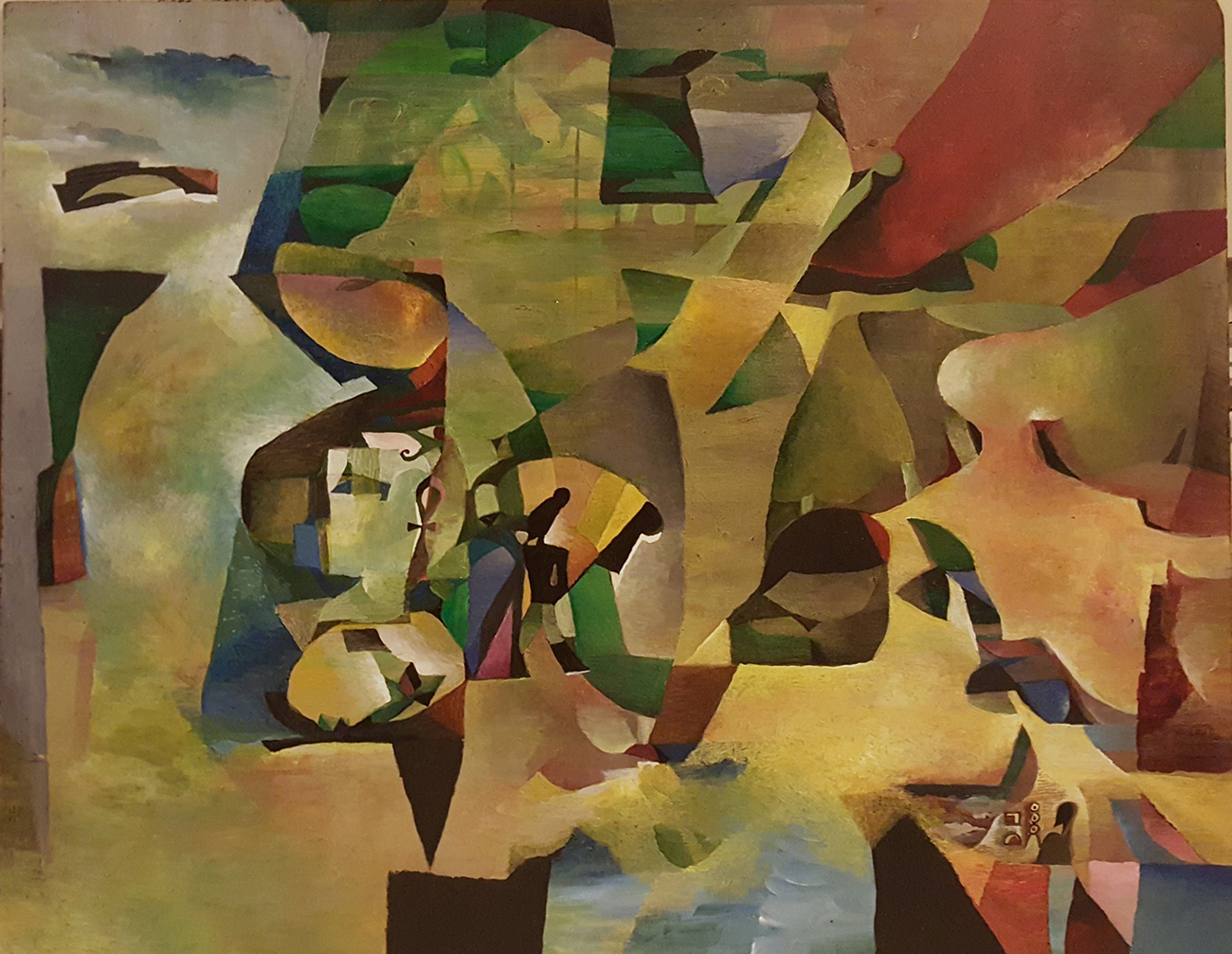 Basking in the glow of two Grammy wins last weekend, Seattle Symphony Orchestra presents a dramatic concert of 20th century music perfect for breaking our snow and slush siege. Ukrainian-born Sergei Prokofiev’s Symphony No. 7 (1952) was his last — an effort to regain his prestige (and income) after the Soviets condemned him for his previous work. Perhaps Prokofiev sensed the end (he died the next year), because the work is clean, happy in its simplicity and redolent with memories. Finnish composer Jean Sibelius’ Violin Concerto (1905) begins with a plaintive call — perhaps across an icy lake — but quickly becomes a supreme technical feat for the violinist (in this performance, Aleksey Semenenko), who trades Nordic song motifs with every section of the orchestra. An early reviewer described this powerful concerto as a “polonaise for polar bears,” and he meant that as a positive. –Stephen Hegg

How do plays written by deaf playwrights differ from those by hearing writers? How does a deaf actor use sign language to convey a character’s personality? ACTLab Theatre and local nonprofit Deaf Spotlight answer these and other questions in six 10-minute plays performed entirely in American Sign Language. The three-day Short Play Festival features works by deaf playwrights, performed by deaf artists and helmed by deaf directors. All performances have English captions available, but the plays aim to provide a space for the deaf community to tell their own stories and be supported by people who can hear, according to Deaf Spotlight Executive Director Patty Liang. The intersection of deaf culture and theater will be further discussed at a panel with Deaf Spotlight writers, actors and directors on Feb. 16. –Agueda Pacheco Flores

Ensconced beneath new corporate office towers in a formerly obscure part of the city — over near REI — Kremwerk is the thumping heart of Seattle’s fugitive artistic underground. The dark, industrial nightclub hosts truly avant garde burlesque, cabaret and drag, as well as all manner of heady techno and house-music dance parties, played by local heroes and worldwide names alike. This weekend, the venue celebrates its fifth birthday, the tenure something of a miracle in a city seemingly intent on dulling its own edge with corporate entertainment. Friday night features Berlin-based Machinedrum, who makes twitchy, glitchy techno for Generation Adderral, and Saturday night to Sunday morning is an all-night throwdown headlined by Patrick Russell, one of the new wave of Detroit DJs who pay homage to that city’s funk-infused past. -Jonathan Zwickel

Wanna test-drive the musical brilliance of Overton Berry before committing to his performance at the Swedish Club? Cue up his cover of “Hey Jude,” recorded live at Tukwila's DoubleTree Inn sometime in the early 1970s. This subtly funky jam tells you several things about Berry: He’s been playing jazz piano in the Seattle area for at least 40 years (in fact, more like 60). A crowd-pleaser, he’s savvy enough to focus all four minutes of his rendition on the original’s lovely sing-along coda. And lastly, man, what chops! At 80-something years old, Berry remains the consummate gentleman-performer, retaining a rich voice, nimble hands and charming demeanor. Go supper-club style with food from the Swedish Club's kitchen, or simply enjoy Berry’s piano in a mellow setting with fantastic views. –J.Z

Say, pal, you wanna see a picture show that’s hittin’ on all eight? SIFF’s annual Noir City Film Festival is for dames and cats who like movies best when somebody gets zotzed. Even the titles of this year’s lineup will have you calling a gumshoe: The File on Thelma Jordan, Killer’s Kiss, The Crimson Kimono, Death by Contract. In addition to the wealth of rarely screened and newly restored 1950s flicks, you can also catch classics such as City That Never Sleeps, A Kiss Before Dying and Touch of Evil. As always, all films are introduced by Seattle’s “czar of noir,” Eddie Muller. Only a sap would miss this joint. Just watch your back for hatchet men on your tail. –Brangien Davis

If you go: SIFF Cinema at The Egyptian Theater, Feb. 15-21. Times, prices and venues vary.

The novelist Marlon James won a Man Booker Prize in 2015 for his book, A Brief History of Seven Killings. That novel tells an epic and complicated story, springing from the attempted assassination of Bob Marley in 1976, about “petty street hustlers-turned-would-be-assassins.” It became a paperback bestseller. Now James, a professor of creative writing at Macalester College, is back, making good on a declaration he delivered after winning Britain’s prestigious literary prize. It was time, James told an interviewer then, “to geek the fuck out” and write an “African Game of Thrones.” Black Leopard, Red Wolf, the first installment of his Dark Star trilogy, was released earlier this month. The New Yorker’s Jia Tolentino reports: “The novel contains pitch-skinned witches haloed in bees, and vampires that turn your blood into blue lightning, and demons that come screeching across rooftops in the dark.” You have two chances to catch James in Seattle, but both readings will fill quickly. –Mason Bryan

Eva Stone is busy. The longtime local choreographer, who teaches dance at Pacific Northwest Ballet School and Spectrum Dance Theatre, recently added a groundbreaking, yearlong class to her instructor schedule at PNB that aims to right the gender imbalance in ballet choreography by teaching teen girls how to choreograph. She’s also the founder, curator and producer of Chop Shop: Bodies of Work, Bellevue’s annual festival of contemporary dance, which brings together innovative companies from all over. For those curious about trends in choreographic thinking (and dancing), the showcase serves as a handy sampler platter. This year’s lineup includes groups from New York (Javier Padilla, Julia Antinozzi, Margot Gelber), the San Francisco Bay Area (Natalya Shoaf, Julie Crothers) and right here, namely The Stone Dance Collective — oh, and Eva Stone leads that project too. –B.D.

According to the Chinese Zodiac, 2019 is the Year of the Pig. According to capricious restaurant trends, it’s also the year of Filipino cuisine. The former comes around every 12 years; the latter has been years in the making. Archipelago, a new, modernist Filipino restaurant, recently opened in Hillman City; soon to come are Pinoy-leaning Hood Famous Bakeshop in the Chinatown-International District and La Colonial, a Filipino tapas restaurant, in the Central District. These join a host of Filipino pop-ups that have been happening around Seattle for years. One of the best, Musang, hosted by talented young chef Melissa Miranda, returns to Bar Del Corso in Beacon Hill this weekend. Celebrating all the right things at just the right time, the menu celebrates the Year of the Pig. –J.Z.

What would jazz look like if translated into paint and canvas? Vibrant colors crashing into each other at jagged edges, smooth solo figures emerging from rich backgrounds, abstract landscapes that suggest the African diaspora. That's exactly what Los Angeles-based painter Ken Moore renders in captivating work that looks almost Cubist, almost collage, but is sung in his clear, individual voice. As a former owner of a jazz and coffee bistro, Moore organized countless concerts. But he left all that to focus on his lifelong love of painting, and we should be glad for it. His new exhibit in Pioneer Square, Conversations in Black Surreality, includes more than 25 paintings spanning 1973 to 2018. It's his first solo show in Seattle, and it'll have you hoping he returns soon. –B.D.

If you go: Frederick Holmes and Co., through March 9. (Free) 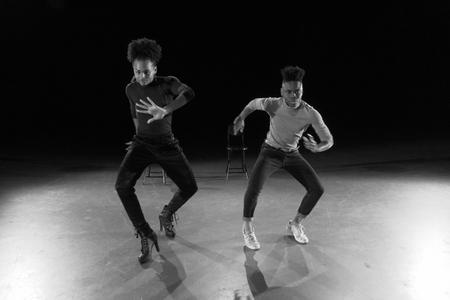 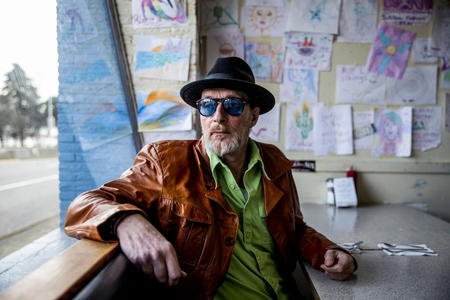