Can we define political centrism before it becomes meaningless? 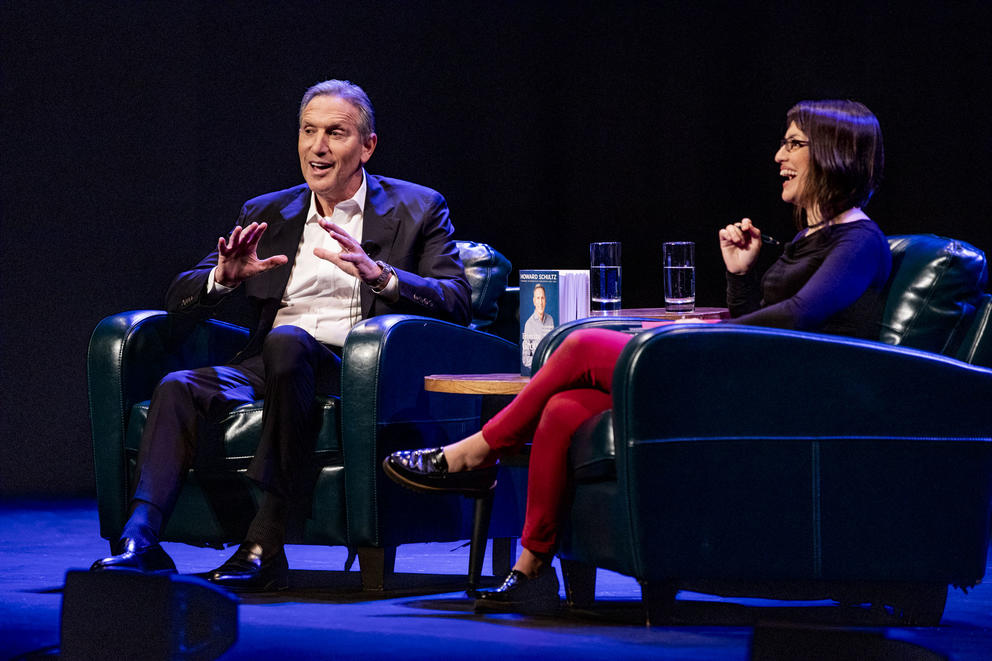 Former Starbucks CEO and Chairman Howard Schultz addresses the audience on stage during his "From the Ground Up" book tour at the Moore Theatre in Seattle on Jan. 31, 2019. (Photo by Dorothy Edwards/Crosscut)

True to the expression that the “center cannot hold,” the political center definitely is not staying in one place early in this 2020 campaign. There is so much jiggling that one wonders whether a coherent center exists at all. Driven by a desire to defeat Donald Trump, a number of Seattle commentators are weighing in on the location of the middle ground in American politics today.

Howard Schultz is taking a “plague on both houses” approach to his possible presidential campaign by claiming both parties are extreme and corrupt. He believes his kind of benevolent CEO centrism is what will bring Trump down. He seeks Never Trump GOPers afraid of Medicare-for-all socialism, Joe Lieberman Democrats and independent voters who don’t mind billionaires and their billions and who will do anything to restore sound paternal management practices to Washington, D.C.

Schultz has also offered to step aside in his exploratory run for the presidency if a “centrist” Democrat gets the nomination. That could be someone like fellow billionaire and Republican-turned-Democrat Michael Bloomberg, who just might be in the running. In his Feb. 19 post on Medium, Schultz emphasized his opportunity: “I firmly believe there is an unprecedented appetite for a centrist independent presidential candidate, and that there is a credible path for an independent to win more than the necessary 270 electoral votes — a key criteria in my consideration of whether to run.” He says he will begin revealing policy positions soon.

Chris Vance, the former state Republican Party chair, has bolted the GOP to promote the creation of a new party of independents who are frustrated by extremism in both major parties. He says, for example, that the right-wing GOP and far labor left are anti-free trade. Vance insists that his views haven’t changed since the days when Ronald Reagan was running things. He says the GOP left him, not the other way around. 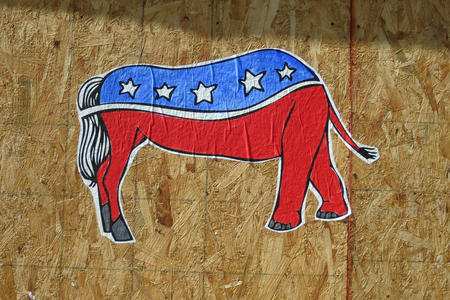 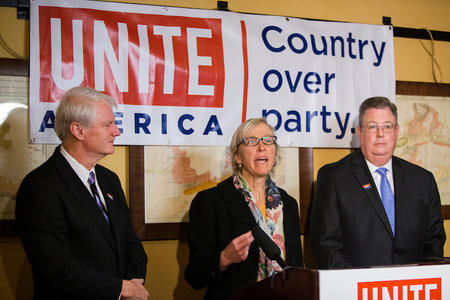 A new centrist group is endorsing a legislative candidate against a Republican in Eastern Washington. 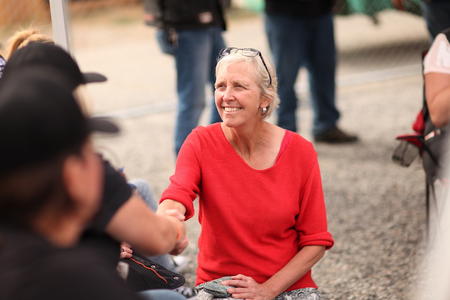 Candidate Ann Diamond is outperforming expectations but it may not be enough for a win.

Vance has a point. Although he has a nearly 90 percent approval rate among those who still identify as Republican, Trump really seems more from the post-Ross Perot Reform Party. That party’s nominee in 2000? Extreme conservative and let’s-save-civilization-from-brown-people Pat Buchanan, who was endorsed by white supremacist David Duke. At the time, Trump was flirting with the Reform Party, but even he, back then, thought it was too extreme. Now he seems to be using it as a template.

By the current GOP standard, Reaganism might seem centrist. But centrism is not free-market, trickle-down Republicanism that doesn’t hate immigrants. You can make a case that it was 1980s and ‘90s mainstream GOP conservatism, if you’d like. But it’s not centrist. In the 1960s and ‘70s it was considered pretty far right by Republicans like Richard Nixon, who, along with George McGovern, advocated a guaranteed minimum income for Americans as a reform to welfare.

Vance is astonished by his old party’s lunge into Trumpism, but also that Sens. Patty Murray and Maria Cantwell are now considered Democratic moderates. Vance is a fan of the Save American Movement, a national third-party effort that claims it will represent a new American “majority.” Schultz refers to his targets as a “silent majority,” perhaps intentionally echoing a Nixon phrase.

Vance believes in the emergence of something less wicked than the current Republican or Democratic parties — and that 2020 will be a year of political surprises. He feels the former Starbucks boss’ efforts vindicates his view, saying, “It shows what I’ve been saying for a couple of years: Something new is coming.”

Morton Kondracke, the Bainbridge Island-based political commentator — widely known as a longtime guest panelist on public television’s The McLaughlin Group — wrote a column for Real Clear Politics last spring encouraging Ohio’s former Gov. John Kasich to run as a “centrist” independent. Kasich is a lifelong Republican and, as he told Kondracke, “I am not a moderate. I am a conservative.” Still, Kondracke has argued that Kasich could address the issues of what Kasich calls “the great middle.”

Centrism is sometimes confused with bipartisanship, which is something else entirely. Maybe you think being able to come to agreement with people who disagree with you is centrist. It is not. It is good politics and public service. We see too little of it these days. Being centrist, some might conclude in these Trumptimes, is simply not acting destructively with shutdowns or undercutting the rule of law.

Nick Hanauer, a wealthy Seattle investor, has written that the U.S. is ready for a new kind of centrism. Hanauer has been a major advocate for the $15 minimum hourly wage and saner gun laws. But he is very worried about the fate of the middle class. Is worrying about the middle class a centrist position? Bill Clinton harped on the “forgotten middle class” and won the presidency. The middle class is not forgotten now. It is an endangered species, and the dismantling of its part of the American dream is a huge concern.

Last August, Hanauer argued in a commentary on Politico that Democrats needed to move the “center” to the left, arguing that the true political center is a “majoritarian” center where most of the people are.

Hanauer says he is a member of the 2 percent, the business and financial elite that owns 50 percent of all wealth in this country. He decries “pragmatic centrism,” which treats the interests of business and people as equal halves. He cites polling indicating a majority of the American people support a $15 minimum wage and Medicare that will deliver affordable health care to more than the 15 percent who get it now.

More recently, a Politico poll shows that 76 percent of voters polled “want the wealthy to pay more. Sixty one percent favor a Sen. Elizabeth Warren idea to raise taxes on those worth $50 million or more, and 45 percent like Rep. Alexandria Ocasio-Cortez’s idea of a 70 percent marginal tax rate on incomes of $10 million or more, according to Politico. Of painting Ocasio-Cortez’s ideas as “far left,” Hanauer says that “nothing could be further from the truth.”

It is not “centrist” to support policies that further economic inequality. In an email to me, Hanauer attacks Schultz’s so-called centrism without mincing words:

“[T]here is nothing ‘centrist’ or ‘moderate’ about supporting the same vicious, exploitive trickle-down policies that cut taxes for rich people and suppressed the wages for everyone else that have so savaged the middle class over the last 40 years. That version of centrism is a rich man’s grift, selling orthodoxy while defending the status quo.”

If centrism ranges from reheated Reaganism to Ocasio-Cortez progressivism to Schultzian what-I did-for-Starbucks-I-can-do-for-Americaism, we need to pin down its true definition before the term becomes utterly meaningless.

A new centrist group is endorsing a legislative candidate against a Republican in Eastern Washington.

Candidate Ann Diamond is outperforming expectations but it may not be enough for a win.