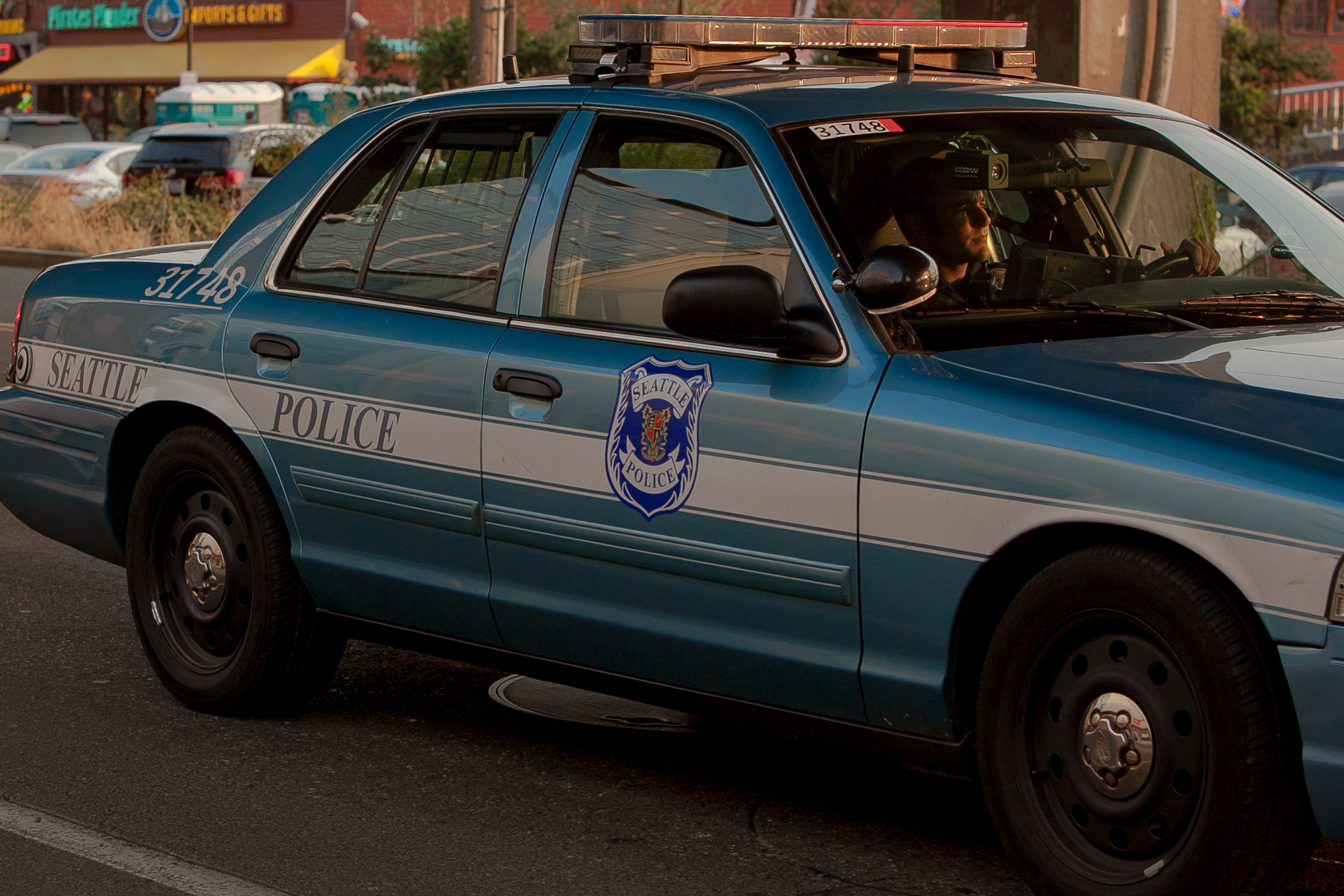 There’s a whiteboard hanging in the Seattle Police Department’s evidence unit on north Beacon Hill, where officers go to drop off crime-scene items they’ve collected. In the upper right hand corner of the board, someone has written “resignations since 1/1/18” with a tally beneath it. At last check, it was up to 90.

For an unscientific calculation, the whiteboard’s 2018 count was almost perfect: 92 fully trained officers left the department last year, according to a report sent to the Seattle City Council in late January. On top of that, 17 Seattle recruits left either the state police academy or field training prematurely — a combined total of 109 departures in 2018. That’s 30 more than left in 2017 and 42 more than in 2016.

This is precisely opposite the direction the city would like to go as Seattle's population booms. And faced with complaints from residents about slow response times, city officials, like former Mayor Ed Murray, also have talked about a need to create "more visibility" of police on the streets.

In June 2016, Murray announced he wanted to expand the department by 200 officers by 2019, which meant hiring nearly double that to outpace attrition. In her last budget, Mayor Jenny Durkan allocated funding in pursuit of this goal.

But while the department succeeded in growing the department in 2016 and 2017, 2018’s contraction means the city has made almost no progress over the past three years. And as the poor 2018 numbers have come into focus, City Hall has seen a flurry of activity in response.

Most significantly, the Seattle City Council last fall approved the first new contract since 2014 for officers, who will now be the best paid in the state.

But several additional items have been put into motion in recent weeks, specifically intended to make Seattle more attractive to well-trained and diverse candidates.

Last week, Durkan introduced legislation to offer a $15,000 signing bonus to entice fully trained officers from other departments to transfer to Seattle. The city also has decided to award additional civil-service exam points to recruits who speak multiple languages, similar to what is already awarded to veterans of military service. And Durkan also has told council members she will convene a workgroup made up of SPD officials, council and mayor’s office staff and others “to brainstorm and develop changes to improve department hiring.”

Even with these steps, however, the goalposts could soon move, and the mayor may back off that original goal. “The Mayor’s Office recognizes that there may be adjustments required to the sworn hiring targets,” said a letter from Deputy Mayor Mike Fong to Councilmember Lorena González, who chairs the council committee responsible for public safety.

Earlier in the year, both Durkan and department officials denied there was anything abnormal about the number of departures, but with this year-end report, reality is now laid out in stark terms. As complaints about slow response times rise, department officials are  requiring detectives to undergo retraining in case they need to be used on patrol, a job they may not have done for many years, as Crosscut reported last month.

The issue is rooted in a confluence of factors. Police officer applications are down across the country, a phenomenon some blame on increased scrutiny of officer conduct. Combined with a strong economy and historically low unemployment across all sectors, police departments are forced to compete directly with one another for quality employees. With its low pay and lack of incentives, Seattle has been losing that competition; neighboring departments offer as much as $16,000 to poach veteran officers from elsewhere.

At the same time, the city is near the peak of a retirement wave as officers hired in the 1990s under President Bill Clinton’s crime bill age out. Replacing those retiring officers has been hampered by the lower pay of SPD that came from the long-delayed contract.

While the pay issue has been addressed with the new contract, Durkan is transmitting legislation to offer $15,000 signing bonuses to so-called lateral hires — officers who move to SPD from another department. Lateral hires are highly valued because they don’t need the long and expensive training that recruits do.

Bellevue already offers lateral hires $16,000, paid in three installments. The department also no longer requires a college degree, and the ban on marijuana use only stretches back a year, down from three. According to Bellevue Officer Seth Tyler, the department is currently accepting only lateral hires, as it seeks to bring on 20 to 25 officers this year. Bellevue officials are hopeful they can meet their hiring needs for the year exclusively through the lateral hires. Before the Seattle contract went through, Bellevue received 12 applications from Seattle last year, Tyler said. All but three withdrew once the Seattle contract was approved.

Even with the cost of Bellevue’s sizable bonus, Tyler said, “It’s a better deal for the taxpayers,” who don’t have to foot the bill for training.

Seattle, meanwhile, made only nine lateral hires last year, compared with over 20 in each of the three previous years. In recent months, department officials have gone as far as Hawaii to persuade veteran officers to move.

In what appears to be coincidental timing, Seattle now will also offer recruits who speak multiple languages an advantage on their civil-service exams, following the example of the King County Sheriff’s Office. More than five years after officials began discussing the rule change, the city’s Public Safety Civil Service Commission recently signed off on it, which means multilingual applicants automatically receive extra points on their exams.

The hope is to create a diverse police force, but Councilmember Lisa Herbold said this new tool will also help recruitment. “If community members feel like they’re valued, they’re more likely to apply,” she said.

To search out additional strategies for recruitment, Durkan will soon convene the workgroup made up of city staff from across the city. “This workgroup will be tasked with looking at national best practices and studying SPD’s performance using data analytics, and then developing long-term strategies to improve,” wrote Fong in his letter. The group’s first meeting will be Wednesday.

Some of this work has already been done: In 2017, Seattle’s Community Police Commission submitted a report with nine recommendations that emphasize more connection with the community.

Herbold said she thinks the city should return to the recommendations in this report. “What often happens in city government is we do the same thing over and over again and sometimes we don’t even finish implementing the recommendations of the last study we did,” she said.