The survey was paid for by the Seattle Metropolitan Chamber of Commerce's political arm, which seeks dramatic change on the council in 2019. 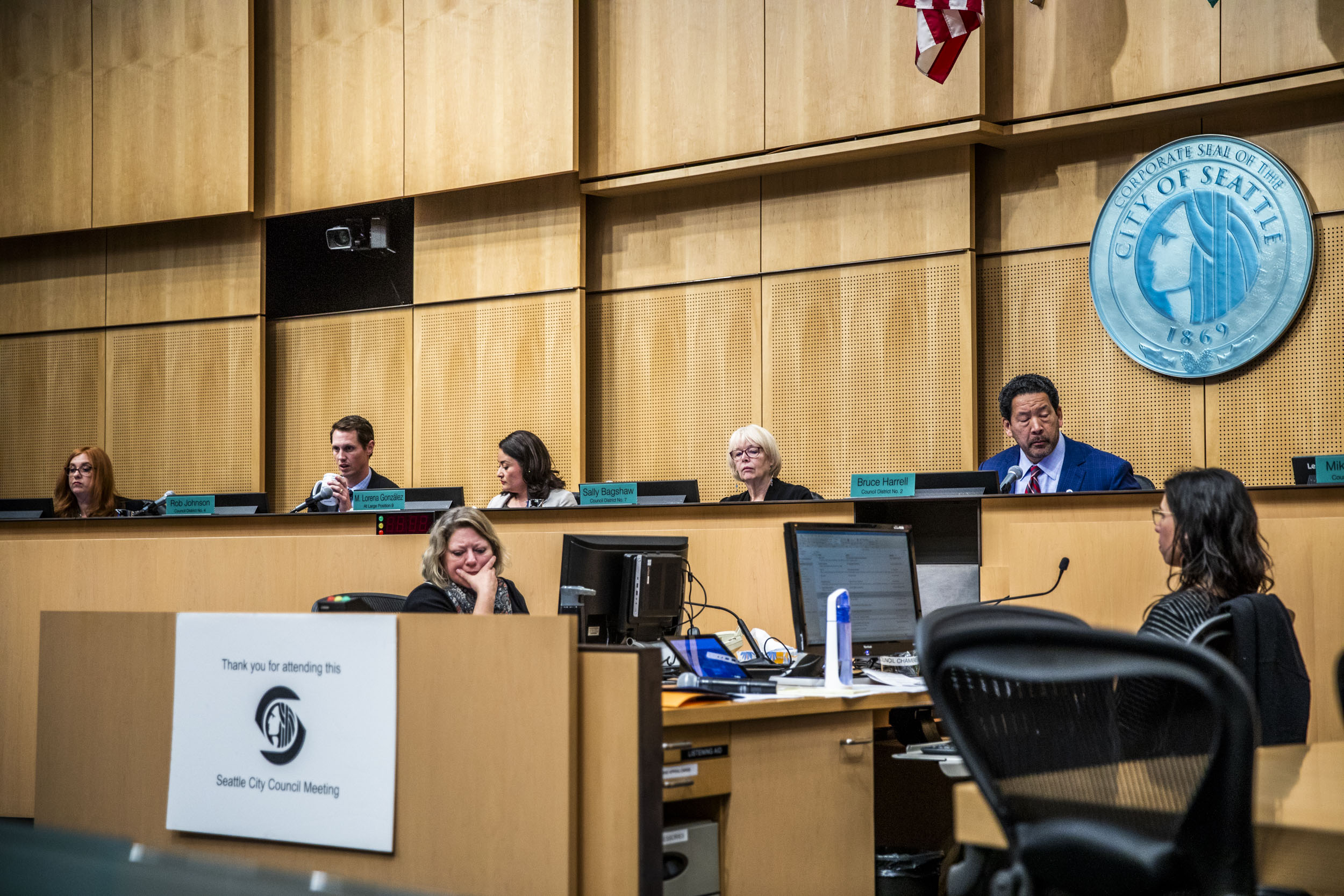 The Seattle residents most likely to vote in this year’s election generally disapprove of the city council’s performance, a new poll shows, but it’s hard to tell whether they think the council is too liberal, as some vocal critics have charged. Indeed, part of the poll seems to suggest that a good part of the electorate sees itself as just as liberal as the council.

More Seattle voters disapprove of the council’s performance than approve, according to the December poll, commissioned by the Seattle Metropolitan Chamber of Commerce’s political committee, which is hoping for dramatic change on the council in 2019. The results generally confirm what has become an assumed narrative of much of the past year — that the worsening homelessness crisis and affordability issues have not done the nine elected officials any favors, especially in the wake of a messy and ultimately doomed fight to tax large businesses.

But how that disapproval will show itself in the upcoming 2019 election is unclear. While some expect a swing toward the center, the polling suggests voters’ dissatisfaction is borne out of a lack of results and not necessarily based on perceived political ideology.

The poll, provided to Crosscut by an attendee of a Thursday meeting of the committee, surveyed 1,050 likely voters over two weeks in December — 150 per council district. The committee, called the Civic Alliance for a Sound Economy (CASE), paid EMC Research $47,025 to conduct the poll, according to filings with the Seattle Ethics and Elections Commission.

As has been typical in recent polling in the city and across the state, homelessness remains by far the top issue on voters’ minds, with 50 percent identifying it as a top priority in an open-ended question. Traffic and public transportation were second and affordable housing was third.

When given two ways to views the council’s performance, one negative and one positive, more voters agreed with the negative.

Fifty-two percent agreed with the statement, “The City Council has failed to make meaningful progress on too many critical issues. We need to change the makeup of the council to move our city forward.”

Just 39 percent agreed with the statement, “Challenges like homelessness, affordability, and traffic are not unique to Seattle and take time and money to address. The City Council deserves credit for the progress they have made.”

But a moderate backlash is far from assured in the upcoming 2019 elections as voters placed themselves similarly on the political spectrum to the council. When asked to rank the council on a scale of 1-7, one being liberal and seven being conservative, 65 percent said the council was between 1 and 3. Meanwhile, 62 percent of voters said the same about themselves.

Reached Friday, Markham McIntyre, executive director of CASE, confirmed the numbers were accurate. He said CASE wanted to test whether the fallout from the bitter fight last year over a tax on big businesses was still resonating. The committee opposed that tax, which was quickly repealed, and has lobbied to replace much of the council since then. “I think you’re seeing that the council has broken trust with the broader voting public and that was part of the reason for doing the poll,” he said.

Lisa Herbold, who’s running for re-election as council representative of District 1, said she’d be curious to see how the responses would change if voters were given more specific details on the barriers to solving issues, homelessness in particular. The numbers may have changed “if we had given them the affordability gap as a number, or broken down the number of people who earn under $50,000 in the city or even said how many hours at our $15 minimum wage you’d have to work to afford a median-priced rental in this city.”

Herbold is no friend of the chamber, which spent heavily against her in her 2015 campaign. When asked if she felt the poll was biased, she said, “It’s not so much the accuracy of information, but the questions being asked and how it’s going to be used.”

Still, she said she favored making the information public.

The polling is largely consistent with other surveys conducted over the past year. A poll conducted last summer by the local chapter of the Service Employees International Union placed the council’s approval at a similar 40 percent, the Stranger reported at the time. That poll was credited with spurring the council’s quick repeal of the tax on large businesses to fund housing and homeless services, even though SEIU supported the tax.

Crosscut has not seen any polling on specific candidates. Of the seven seats up for election, three incumbents are seeking another term, three have bowed out and one — Mike O’Brien — has not yet decided.

“I don't know if this is one of those situations where, similar to national polls, people don't like Congress and like their Congress members,” said Herbold. “We’ll find that out in the course of the campaign.”