The push by legislators comes after the state had four 'faithless electors' go rogue in 2016. 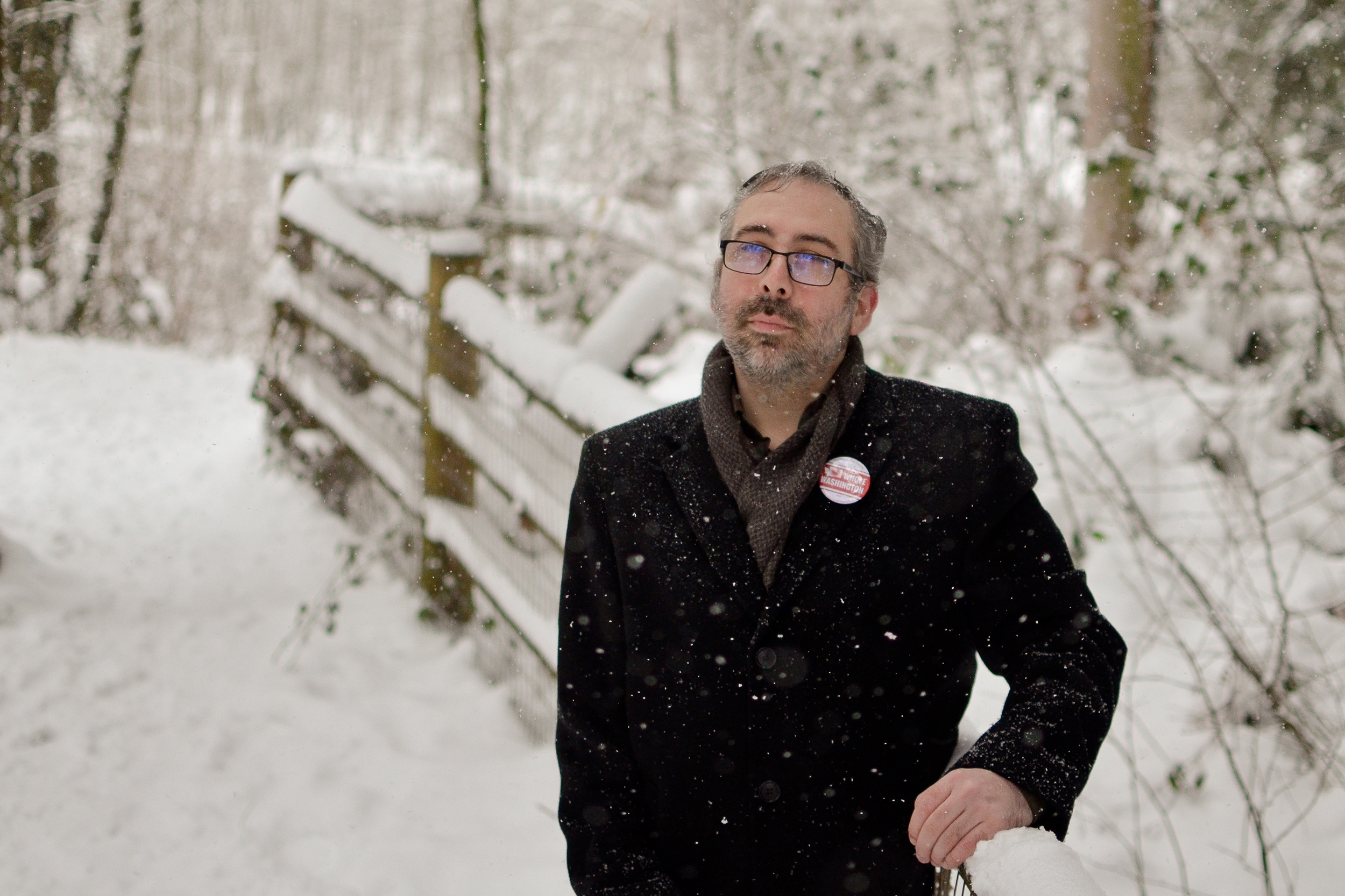 Bret Chiafalo is one of three so-called "Hamilton electors" who went rogue in 2016, casting electoral votes for Colin Powell in an attempt to stop Donald Trump. (Photo by Justine Walker for Crosscut)

For a brief window between November and December of 2016, a handful of presidential electors thought they might be able to change the course of history. Donald Trump had just won the presidential election, yet some members of the Electoral College still hoped to keep the brash Republican businessman out of the White House.

Although Democratic nominee Hillary Clinton won Washington state by 16 points that November, a few of the state's electors went rogue, backing an alternative candidate in an attempt to stop the Trump presidency.

Their revolt would fail, but it is still causing reverberations at the Washington State Capitol, where some Washington lawmakers want to prevent it from ever happening again.

A bill in the Legislature would call for replacing members of the Electoral College if they vote for someone other than their party's nominee for president.

"I think our votes should count," said state Sen. Patty Kuderer, D-Bellevue, the prime sponsor of Senate Bill 5074. "What I want to have happen with this bill is to ensure the will of the people is not disregarded again."

Unsurprisingly, Bret Chiafalo has a different take. The 40-year-old from Everett was one of three "faithless electors" from Washington state who, in a last-ditch bid to try to deny Trump the presidency, cast electoral votes for Colin Powell instead of Clinton in 2016.

Nationwide, a total of seven electors voted for someone other than their party's nominee in 2016 — the most ever.

When his fellow Democrats chose him as an elector, Chiafalo signed a pledge saying he would support the party's nominee. Yet he maintains the U.S. Constitution grants electors the right to change their vote if they believe doing so is in the best interest of the country.

"I believe all state laws that compel electors' votes are unconstitutional. I believe that in my soul," Chiafalo said this week.

While the "Hamilton electors" movement ultimately failed, Chiafalo maintains that any state attempt to clamp down on the federal rights of electors should be rejected.

That includes Kuderer's bill, he said.

The legislation would consider an elector’s seat vacant if he or she votes for a candidate that hasn’t been nominated by the elector's political party. The state would then be required to replace the defecting elector with a preselected alternate.

At the same time, the bill would eliminate the current statute that fines electors $1,000 if they break their pledge to vote for their party's nominee.

Chiafalo, along with two of his fellow "Hamilton electors" from 2016, is challenging the legality of that fine. Their case is pending before the state Supreme Court.

Kuderer said she doesn't think the $1,000 penalty is an effective deterrent. The Legislature initially instituted the fine after the state's first faithless elector, Mike Padden, cast his ballot for Ronald Reagan instead of then-President Gerald Ford in 1976.

Padden is now a Republican state senator from Spokane Valley. Through a spokesman, he declined to comment on Kuderer’s bill.

Notably, several of Padden’s fellow Republicans declined to support the measure when it was voted out of the Senate State Government, Tribal Relations and Elections Committee last week.

"I understand why some would want to move that direction, to bind the electors to vote consistent with the popular vote,” said Puyallup state Sen. Hans Zeiger, the committee's top Republican. "But as the ranking member, I know that there may be other perspectives within my caucus.”

State Sen. Jamie Pedersen, D-Seattle, said the legislation is part of a multistate effort to "come up with a constitutional solution" for electors who won't support their state's popular-vote winner.

"Since the Electoral College was formed, we’ve had a pretty dramatic transformation in how we view presidential elections," Pedersen said. "Now, there is a pretty strong expectation that each state will send electors who will vote according to the will of the people in each state."

Chiafalo thinks they all have it wrong.

"I believe a constitutional duty outweighs a pledge to the state party," he said.