One policy gives priority access to new affordable housing. Another requires developers to replace units they tear down. 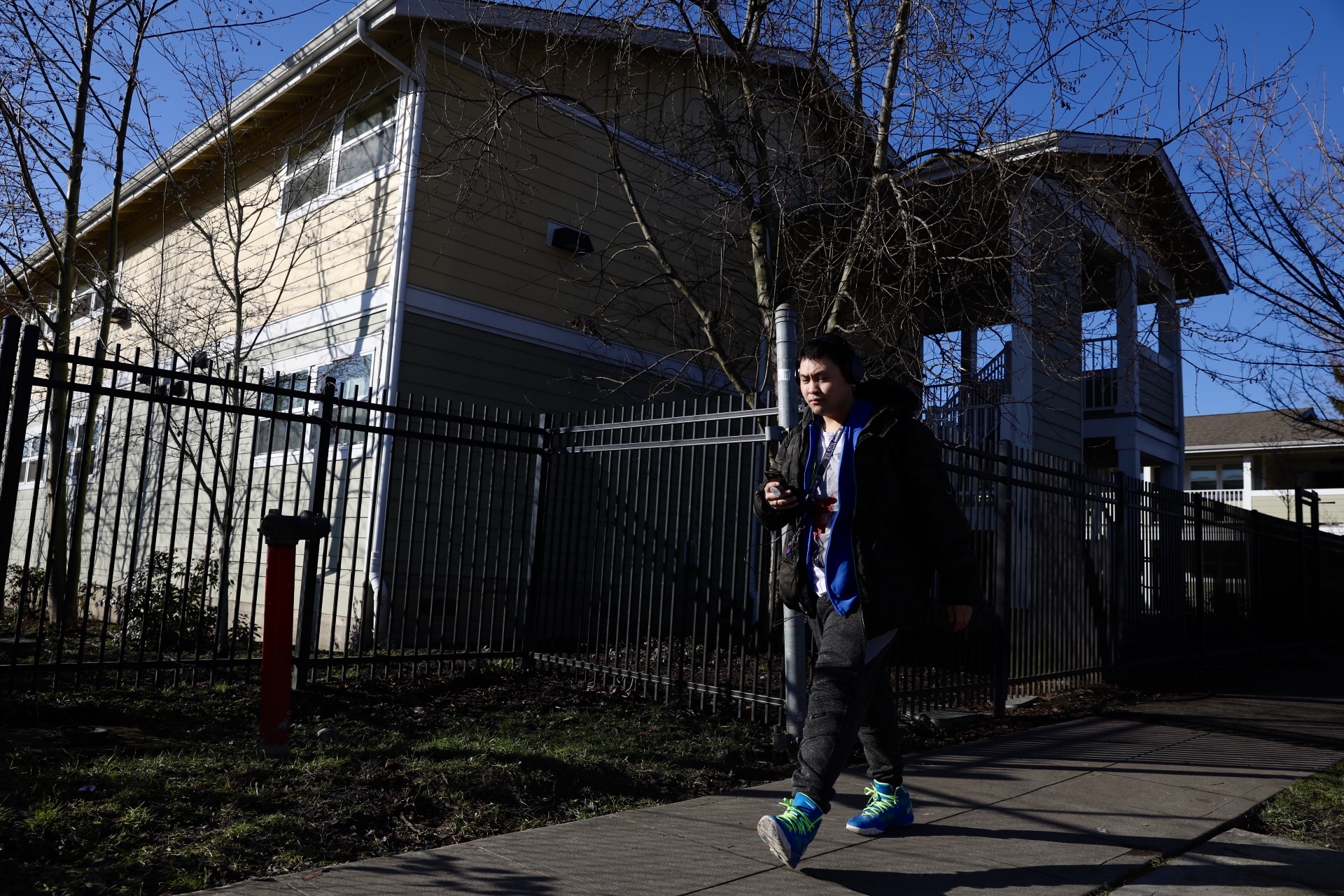 A man walks in the Rainier Beach neighborhood, one of several communities Councilmember Lisa Herbold is targeting with a new anti-displacement ordinance. (Photo by Matt M. McKnight/Crosscut)

Seattle’s Chinatown-International District is primed for gentrification and the displacement of existing residents that often comes with it. The neighborhood sits just south of downtown, has excellent transit and lots of restaurants and stores within walking distance — all major selling points for the wealthier tenants for-profit developers tend to target with new apartment projects.

Mayor Jenny Durkan and Councilmember Lisa Herbold want to change that with policies that might stem the displacement of Seattle’s low income residents that comes with new private and public development.

Surrounded by community advocates at Hirabayashi Place in Chinatown-International District on Wednesday, Mayor Durkan signed an executive order putting in motion a broad package of ideas, from funding the Equitable Development Initiative to collecting data on residential and commercial displacement from the city to lobbying Olympia for a larger housing trust fund. Much of the order extends or tweaks existing programs and ideas.

But at its heart is something new: the Community Preference Policy, which gives residents of certain low-income neighborhoods a greater chance to live in city-funded affordable housing that’s built in their community.

In a move meant to address for-profit developers' role in displacement, Councilmember Herbold is introducing a separate ordinance that would require developers to replace low-income housing that they demolish in so-called “high-risk, low-opportunity” neighborhoods around the city.

“Our region’s skyrocketing costs and rents have displaced far too many individuals and families,” said Durkan at Wednesday’s press conference. “We know we need to do more. … We have to create a city of the future and that means working together to protect community, to protect against gentrification and displacement as it happens.”

The Community Preference Policy would apply to city-funded affordable housing developments being built in neighborhoods with residents at a high risk of displacement, which typically means lower-income communities and communities of color. The policy would set aside a portion of the units in the new development for residents living in the neighborhood in which it is being built, and possibly even for former residents of the neighborhood already displaced by growth.

Those residents would still have to qualify financially for the affordable housing being built. But, Durkan said, “we want to make sure those people who would be the first to be pushed out by the development and growth will be the first on the list for the housing the city is investing in.”

New York City, San Francisco and Portland all have all implemented versions of such a policy. New York’s has been in place for more than 30 years. San Francisco and Portland’s were passed in 2016 and 2015, respectively. The details vary, but typically they apply only to affordable housing built with city funding and which set aside a certain percentage of units for low-income residents in the neighborhood and which select tenants based on a lottery. All walk a fine line to keep from violating federal housing discrimination laws.

Herbold said Wednesday that she started working on the Community Preference Policy in 2017 at the behest of advocates in Chinatown-International District and members of the Yesler Community Collaborative, an advocacy group for the Yesler Terrace community.

The ordinance Herbold announced at the press conference doesn’t institute a Community Preference Policy. But it is, in many ways, a companion to Durkan’s executive order, meant to address displacement from for-profit developments.

“We desperately need a tool to address the displacement that occurs when for-profit developers build,” Herbold said. “Displacement is a challenging issue and we need many, many tools to address it.”

If passed, Herbold’s ordinance would require for-profit developers who demolish existing affordable housing in high-risk, low-opportunity neighborhoods to replace the lost units or pay a fee into the city’s affordable housing fund.

In 2016, the city released a growth and equity analysis of each Seattle neighborhood based on residents’ risk of displacement and their access to opportunity, such as transit, jobs and other amenities. The analysis identifies Othello, Rainier Beach, South Park, Westwood-Highland Park and Bitter Lake Village as high-risk, low-opportunity communities.

The ordinance defines “affordable” as housing that families earning up to 80 percent of area median income can afford. For a two-person household, that’s an annual income of about $64,000. Developers would have to set the rents in their replacement units at a price affordable to a family earning up to 80 percent of median income. They would not have to reserve those units for the tenants of the building they demolished.

According to the Office of Housing, the Community Preference Policy could be in place within the next few months and start working later this year. Herbold plans to introduce her ordinance to the city council this week.

The show was meant to extend a hand to artistic tech workers. But to many in the Seattle arts community, it was a slap in the face.