Snowpocalypse left Seattle a gift and it's potholes

Calls for street repairs are up dramatically, but fixes won't come quickly. 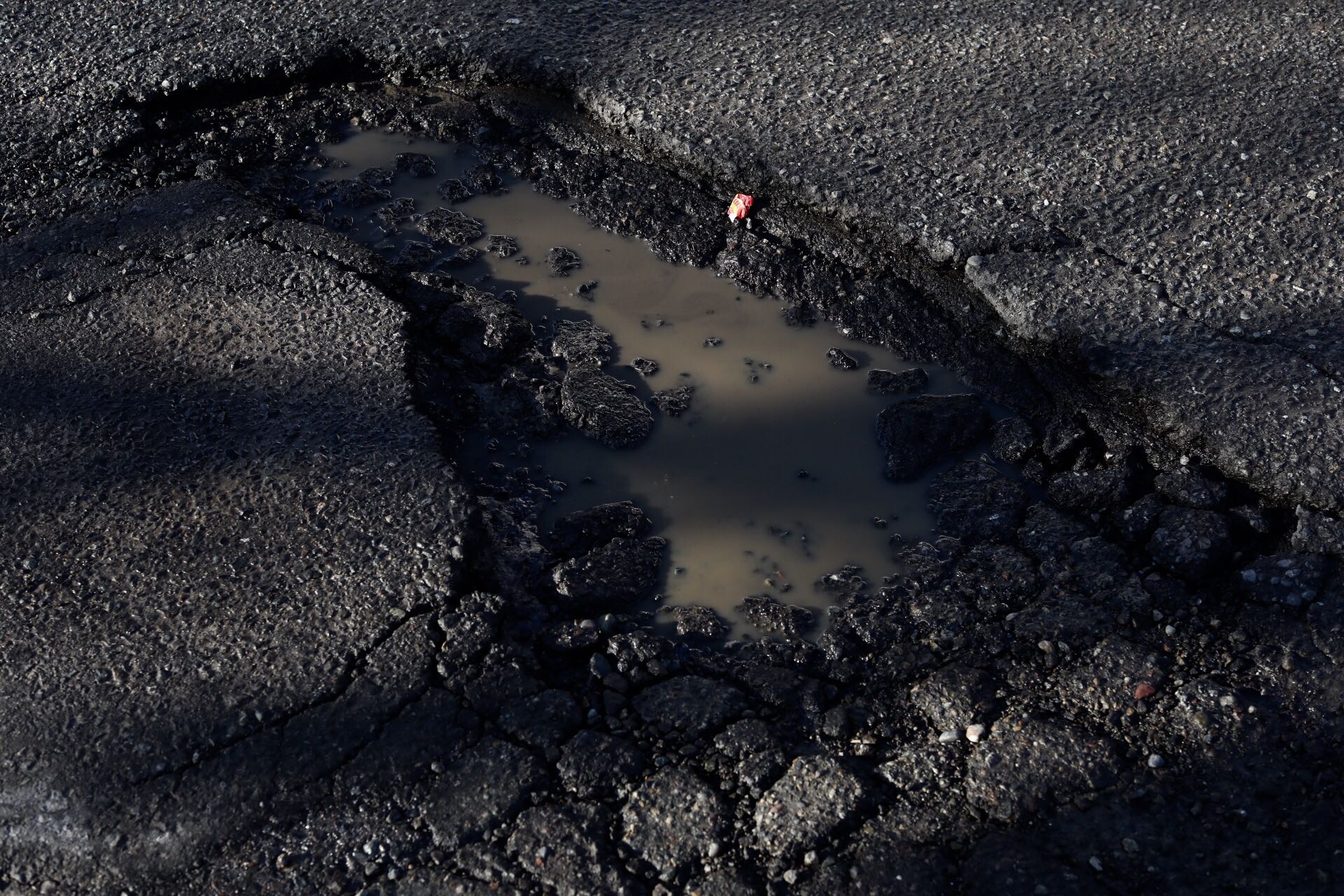 As the 50-year snow event of February has receded, potholes have proliferated on Seattle’s streets, often exposing the cobblestone base underneath the concrete.

To see the damage “all you have to do is drive around the city,” Donovan with Moss Alley Motors said. They’re seeing more flat tires at both Moss Alley Motors on Capitol Hill and at Les Schwab in West Seattle. And with the city struggling to fix roads, odds are that city mechanics will stay busy.

“The storm freeze-and-thaw process has caused damage to Seattle's roads,” Seattle Department of Transportation spokesperson Dawn Schellenberg said in an email. “As expected, after a historic snowstorm and the cold snap that's continuing through February, we've received an uptick in pothole requests.”

On a normal day, SDOT may create between 10 and 20 work orders to fill potholes around the city, she said. But on Tuesday, just as the last bits of snow seemed to finally be melting, SDOT created 135 new work orders to fix potholes — an increase of up to 1,250 percent. That’s closer to what SDOT typically receives in an entire week.

Potholes form every winter as water seeps into cracks and then freezes. But when there’s snow on the ground, it’s made worse by the use of tire chains, which can abrade on bare concrete.

Donovan, who asked that his last name not be used, blames the concrete laid on top of decades-old cobblestones, which can exacerbate the effects of the moisture. “These roads are just not built for this cold environment,” he said.

As long as winter sticks around, even temporary repairs are an uphill climb.

“Our goal is to fill potholes within three business days after they've been reported,” Schellenberg said. “However, we're still recovering and responding to last week's winter weather events and cannot use hot mix asphalt in significantly cold or wet weather. This means where we're able to respond this week, we're using cold mix — a temporary solution that will require us to return.”

Permanent repair work could be a long way off.

“This spring when we have a two or three week span of dry warmer weather, we plan on doing a blitz to get caught up,” Schellenberg said.

Another villain helped screw up road conditions: poorly applied tire chains. Scores of them were discarded on the streets, twisted like double helixes and shedding mini screws along the way.

Paul Howell, manager of the West Seattle Les Schwab, said he’s seeing more damage from people running over the scattered metal than because of the potholes. He especially saw damage while there was still snow on the ground: The squishy surface meant the screws could point directly upward and into passing tires.

So what’s a driver — or biker — to do in these rough conditions? The same as during the snowstorm: Drive slowly and be patient.