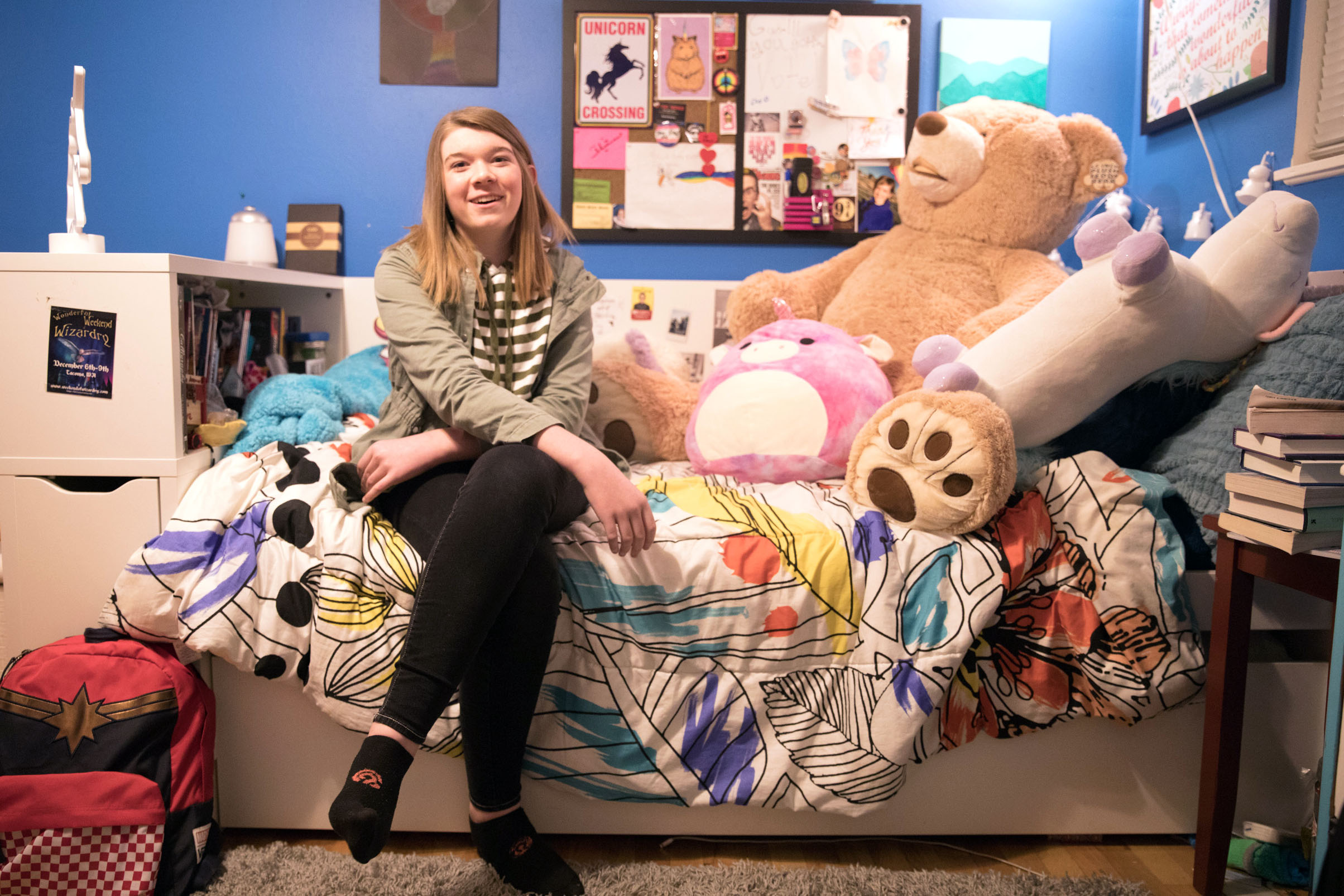 Stella Keating, 14, doesn’t believe in waiting around for the adults in her community to solve its most pressing issues. The way she sees it, young people are the future of civic leadership and also deserve a seat at the political table.

“It's important for me because it's not just adults living in the city — it's also youth,” said Keating, who regularly attends city council meetings and played a key role in organizing Tacoma Mayor Victoria Woodards’ Youth Engagement Task Force. “The people who are able to vote in our city don't just represent themselves — they represent everyone.”

During the all-day training on Jan. 26, the youth participated in a series of storytelling and listening activities designed to foster introspection, empathy, and cooperation. The workshop was inspired by conflicts surrounding politics on every level, ranging from national disputes over the continued commemoration of pro-slavery historical figures in the South to Tacoma’s own debate concerning a liquid natural gas (LNG) project.

Now, organizers of the Revive Civility and Respect Cities workshop hope the Tacoma participants will help lead the larger community in taking a solutions-oriented approach to political discourse going forward. The training came about thanks to a partnership between the city of Tacoma and the National Institute for Civil Discourse (NICD), a nonpartisan grassroots organization at the University of Arizona.

Woodards learned about the Revive Civility program at a 2018 Mayors Innovation Project meeting in Washington, D.C. NICD presented a model for tackling divisive issues, using the conflict over the removal of Confederate monuments in Richmond, Virginia, as a case study.

Woodards got to thinking about how polarizing matters like the creation of an LNG plant on Native American ancestral land were impacting her community back home in Tacoma. Supporters of the LNG project, for which construction began in 2016, argue that the plant’s touted “cleaner fuel alternative” to sulfur-emitting fuels will be an asset to the city. Opponents say the plant could increase the risks of water contamination and air pollution.

“Our community had lost a bit of its civility in that conversation,” Woodards said about the LNG debate. She first considered organizing a training for adults using the Revive Civility and Respect Cities approach. But she ultimately shifted the focus to youth, who will be voting and spearheading politics before long.

In regard to the initial training, Woodards said, “There was not a shortage of stories about how they feel civility plays a role in how they handle conversations. Some of our kids knew how to handle the situations better than some adults, including yours truly.”

Keating said she hopes to see this kind of training implemented on a bigger scale by schools throughout Tacoma.

“I think everyone there really enjoyed it,” she said. “I know that for my group, we had a super open conversation about a lot of issues that we see — not only in Tacoma, but in our entire nation as a whole.”

Tacoma is one of five cities to participate in a “deep-dive” pilot of the Revive Civility and Respect Cities program, which NICD launched in the wake of the contentious 2016 presidential race. Thirty-four other cities have passed civility proclamations under the initiative.

Interest in NICD, which was founded in 2011 in response to the attempted assassination of then-Congresswoman Gabrielle Giffords of Arizona, dramatically increased during the 2016 primary. Concerned citizens wanted to know how they could help alleviate the heightened political tension.

“People have a sense that things are worse and that’s supported by evidence,” said NICD Executive Director Keith Allred. “Voting in Congress is the most strict along partisan lines as it has ever been in 230 years.”

But the tensions, Allred said, have been building for decades: An approximately 40-year upward trend in congressional partisanship is at play.

Although polarization has existed for as long as politics have underpinned societies, the modern-day divide began to widen on the heels of civil rights reforms in the late 1960s, according to NICD. Then, in the early 1970s, disputes between Democrats and Republicans over issues such as gay rights and abortion compounded congressional division — or elite party polarization, as political scientists refer to it — and by extension, among constituents.

For this reason, NICD has created four main platforms, including Revive Civility and Respect Cities, that aim to foster greater respect and dignity in political conversations — not just between private citizens, but also in the media and among politicians themselves. The nonprofit also works with a network of political experts to research issues and approaches related to civil discourse.

A survey published in January by the Pew Research Center and conducted Jan. 9-14 amid the longest government shutdown in history found that about 71 percent of participants anticipated that Republicans and Democrats in Congress would be even less cooperative in 2019 than in years past. Approximately 21 percent predicted that the two parties would work together more than usual.

Allred asserts that while NICD’s findings validate the growing sense of division in American politics, they also indicate that mass polarization, or polarization on a societal scale, isn’t as extreme as we think it is. Rather, people largely hold more moderate political perspectives but tend to swing slightly to the left or to the right on certain issues based on their values.

There is also evidence that Americans generally find negative campaigning to be detrimental to U.S. politics and may become disillusioned with the electoral process as a result of seeing ill-mannered advertisements.

Given that candidates are mostly campaigning around caucuses and party primaries, however, moderates are often dismissed by their parties in favor of more ideologically “pure” candidates.

“Parties aren’t looking for broadly supported solutions, so we think the American people will be our saving grace,” Allred said. “If people have a chance to come together across those divides in a way that is structured, they genuinely find that there are good people on the other side. There can be respect and even friendship there.” 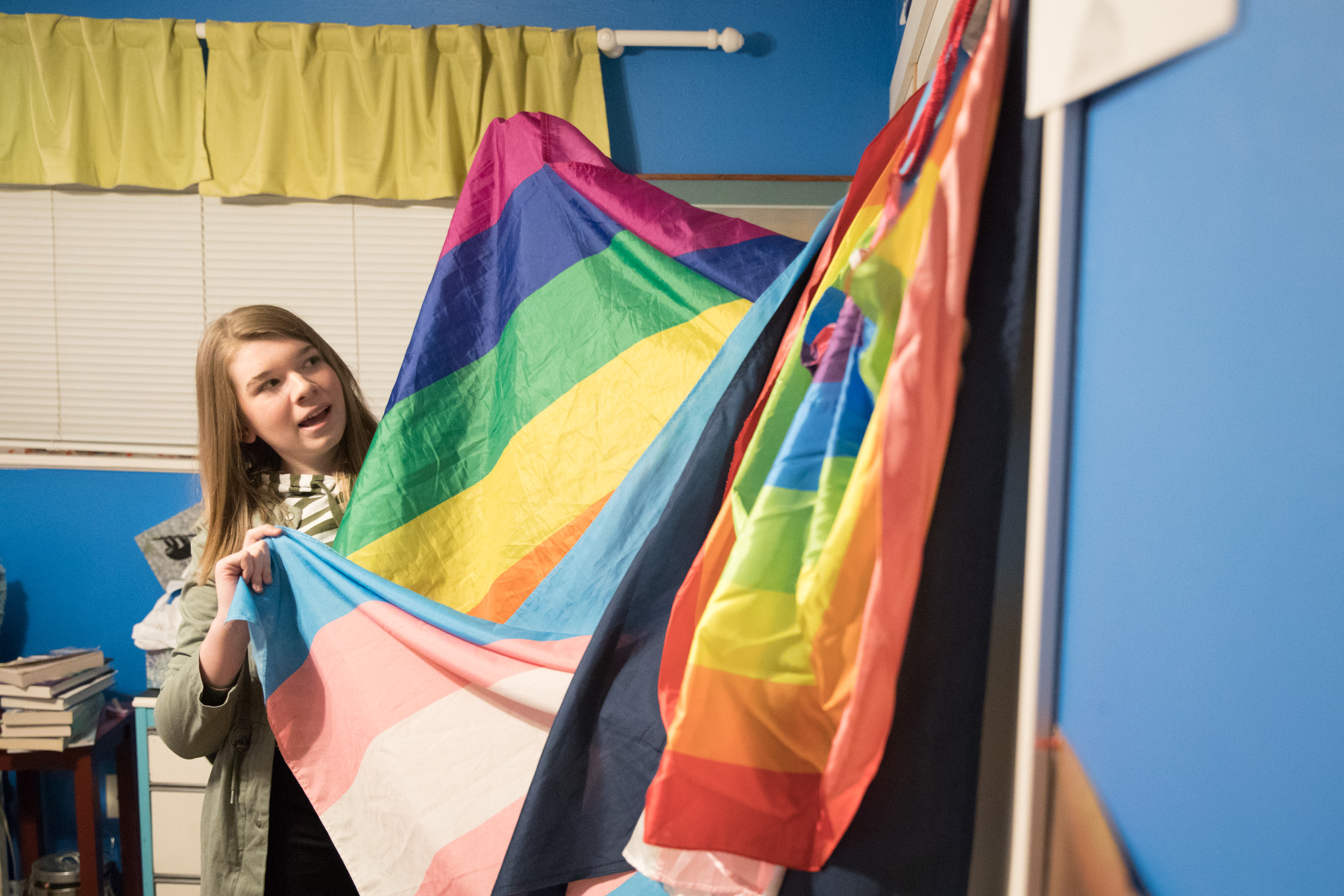 In her 2018 book Uncivil Agreement: How Politics Became Our Identity, Lilliana Mason, a University of Maryland politics and government professor, insists that partisanship has become something of a “mega-identity” for American citizens. In other words, one’s vote has become seemingly indivisible from other attributes, such as race, religion and geographic origin.

Mason also emphasizes that although partisanship could be viewed as an indication of consistency in one’s political attitude and therefore beneficial to democracy, this inflexibility suggests many voters no longer arrive at political positions through independent thought. Such groupthink, she argues, has contributed to the deterioration of civility in American politics.

But some experts have contended that the concept of “civility” in today’s political climate isn’t so cut-and-dried.

In a 2017 analysis of the use of the terms “civility” and “incivility” in political discourse, researchers from the universities of Pennsylvania and Arizona reckon that while “civility connotes a discourse that does not silence or derogate alternative views but instead evinces respect,” ultimately “condemnations of the ‘incivility’ of those holding [minority views] can function as a silencing mechanism or means of harassing a feared or subordinated group.”

Ellen Middaugh, professor of child and adolescent development at San José State University and a researcher of youth participation in civics, tends to agree. While Middaugh believes structured civil discourse education could greatly benefit younger generations, how it’s designed matters. And it’s important for people to realize, she said, that the notion of civility is contextual.

“The powerful and the elite set the norms for what is civil,” Middaugh said. “The peril with this is you end up silencing youth who have really strong and real social justice claims.”

Moreover, what constitutes bigotry or falsehood, for instance, and how it is addressed are not necessarily agreed upon.

Allred said he understands these concerns but maintains that NICD isn’t out to eliminate disagreements altogether.

“Engaging someone with civility doesn’t mean that you agree with them or can’t criticize them on the merit of the argument,” he said. “We’re not just going to sing ‘Kumbaya’ and pretend there are no differences. The point is to be able to do that in a way that is done with respect and listening — to not make assumptions that people have dark motives too quickly.”

Part of the organization’s goal, Allred said, is to provide people with balanced and objective information to help them come to more complete understandings of issues — especially in a digital age when the news cycle moves at breakneck speed, giving people little time to marinate on issues before a new one dominates the conversation. And now that virtually anyone can publish content online, misinformation is rampant.

Young people especially can be susceptible to several pitfalls of online participatory politics, in Middaugh’s estimation.

“There’s some power in youth getting their voices out there, but they need to be prepared for the potential downside,” Middaugh said. “When youth speak up politically, the risk online is that it’s easy to take what they say and use it in way beyond that is their control.”

It’s important, she added, for young people to be aware of their digital footprints and to understand that the things they post can be reappropriated. There is also the possibility of being exploited by extremists who target impressionable adolescents with propaganda. Moreover, Middaugh cites evidence that participating in digital communities increases one’s likelihood of encountering hate speech and stereotypes, which can be damaging to a teenager’s developing sense of self.

But despite her various caveats regarding youth participation in online civics, Middaugh’s research suggests that such engagement helps them, in part, to cultivate a sense of identity and purpose.

“There’s a lot of access and exposure to different ideas and opportunities to speak up without having to wait for a newspaper editorial board to decide your words are worth publishing,” she said.

For her part, Keating plans to keep exercising her voice to illuminate and find solutions to issues like homelessness, housing affordability, and creating more inclusive spaces for LGBTQ individuals.

“I definitely do want to work in the city as either a council member or the mayor,” she said about her vision for the future. “I know that my goal is to start at the bottom and work my way up to my higher goal, which is to become the first transgender president of the United States.”

More immediately, the Youth Engagement Task Force and Woodards are searching for ways to apply what they learned during the Revive Civility and Respect Cities in Tacoma at-large.