There is support for the change, but lawmakers aren't sure how to pay for it. 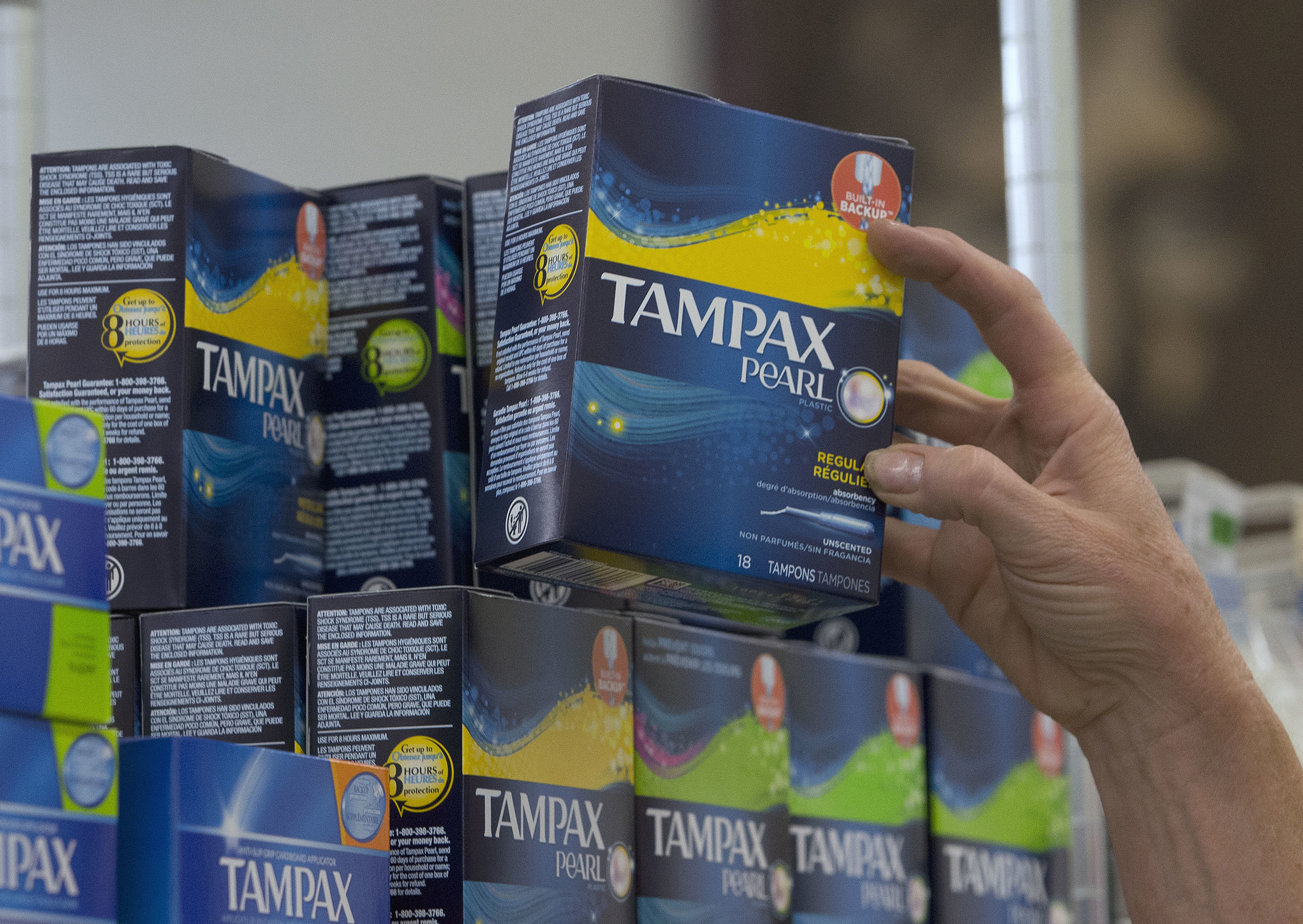 A clerk restocks tampons at Compton's Market, in Sacramento, California, on Sept. 13, 2016. (Photo by Rich Pedroncelli/AP)

Across the country, 10 U.S. states specifically exempt tampons and other menstrual hygiene products from sales taxes. Washington is not one of them, and that's something several state lawmakers want to change.

Three bills working their way through the state Legislature this year would eliminate the sales tax on feminine hygiene products, such as tampons, pads, sanitary napkins and menstrual cups.

"This may be a bold statement, but I would argue this is a very biased tax," said state Rep. Kristine Reeves, D-Federal Way, in a public hearing last month on the proposal she is sponsoring, House Bill 1053.

The idea of exempting feminine hygiene products from the state's 6.5 percent sales tax is one that has been floating around the state Capitol for years, and has routinely attracted bipartisan support.

The problem, proponents say, has always been with paying for it.

“While I think there are a lot of lawmakers supportive of this particular effort, this is not the number one thing everyone agrees will make world peace,” Reeves said in an interview this week.

Removing the sales tax from menstrual hygiene products is projected to cause the state to lose about $4 million of revenue per year, or about $8 million over the state's two-year budget cycle.

That’s less than 0.02 percent of what is expected to be a two-year spending plan that tops $51 billion.

Even so, with the Legislature under pressure to overhaul the state’s mental health system, finish a series of planned investments in K-12 schools and increase spending on colleges and special education, every last million comes into play, legislative budget writers say.

"For every $4 million a year that taxpayers save on feminine hygiene products, that is $4 million the state is not getting. So that is $4 million in a program I need to cut," said state Sen. Christine Rolfes, D-Bainbridge Island, the lead Senate budget writer.

Rolfes said “everyone knows that the sales tax is regressive,” meaning that it can lead to lower-income people paying a higher percentage of their income in taxes than the wealthy.

But she said her first priorities are "taking care of our education obligations, getting our mental heath system back on track, and addressing the opioid epidemic."

"Then we can consider tax credits," she said, adding, "They're all still in the mix."

State Sen. Lynda Wilson, R-Vancouver, argues that removing the sales tax on tampons and pads is also a public health issue. Trying to extend the life of tampons or menstrual cups by using them for too long can lead to infections, including, in rare cases, a life-threatening condition known as toxic shock syndrome.

For the past few years, Wilson has sponsored legislation to remove the sales tax on tampons and similar products. She said that while a tax of 6.5 cents per dollar may not seem like much to some, for those struggling to make ends meet, that kind of "pink tax" on tampons and pads can add up.

"When I calculated it, it was $350 over the course of the childbearing years of a woman using the products," Wilson said. "It isn’t a lot of money per month, but if you are a homeless person who needs to buy these products, that can make it exponentially more difficult.”

No one testified against Reeves’ bill during its hearing last month before the House Finance Committee. The other two proposals, Senate Bill 5206 and Senate Bill 5147, have been forwarded to the Senate's budget-writing committee, but have yet to be scheduled for public hearings. 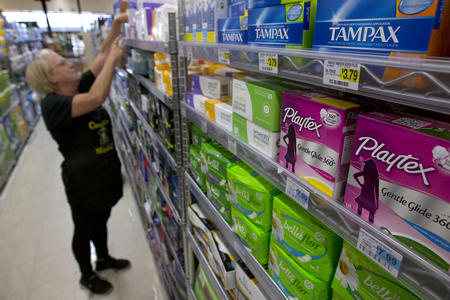 Nicole Kaeding, the director of federal projects at the conservative-leaning Tax Foundation, said there may be a danger in exempting certain products from the sales tax, especially if the goal is to fight regressive taxation. To keep revenue steady, she said, the overall tax rate might have to go up over time, increasing the tax burden people face when buying most other items.

A sales tax exemption for all feminine hygiene products also doesn't succeed at targeting the low-income people who might need it the most, she said.

Still, the chair of Washington's House Finance Committee, Rep. Gael Tarleton, D-Seattle, said she likes the policy and plans to pass it out of her committee next week.

The bill's ultimate fate will have to be worked out over the next few months as the Legislature develops its budget.

“We really want that," Tarleton said of the tampon tax exemption. "It is just how we find the right strategy for funding it."

Seattle City Councilmember Teresa Mosqueda also wants to explore whether the City of Seattle can remove the local sales tax it charges on feminine hygiene products, which is 3.6 cents on the dollar. Mosqueda is asking council staff to analyze the potential cost of the policy, as well as whether it is feasible to implement.