WA’s death penalty may be unconstitutional, but it’s not dead — yet

Capital punishment has been struck down before, but has always returned. This time could be different. 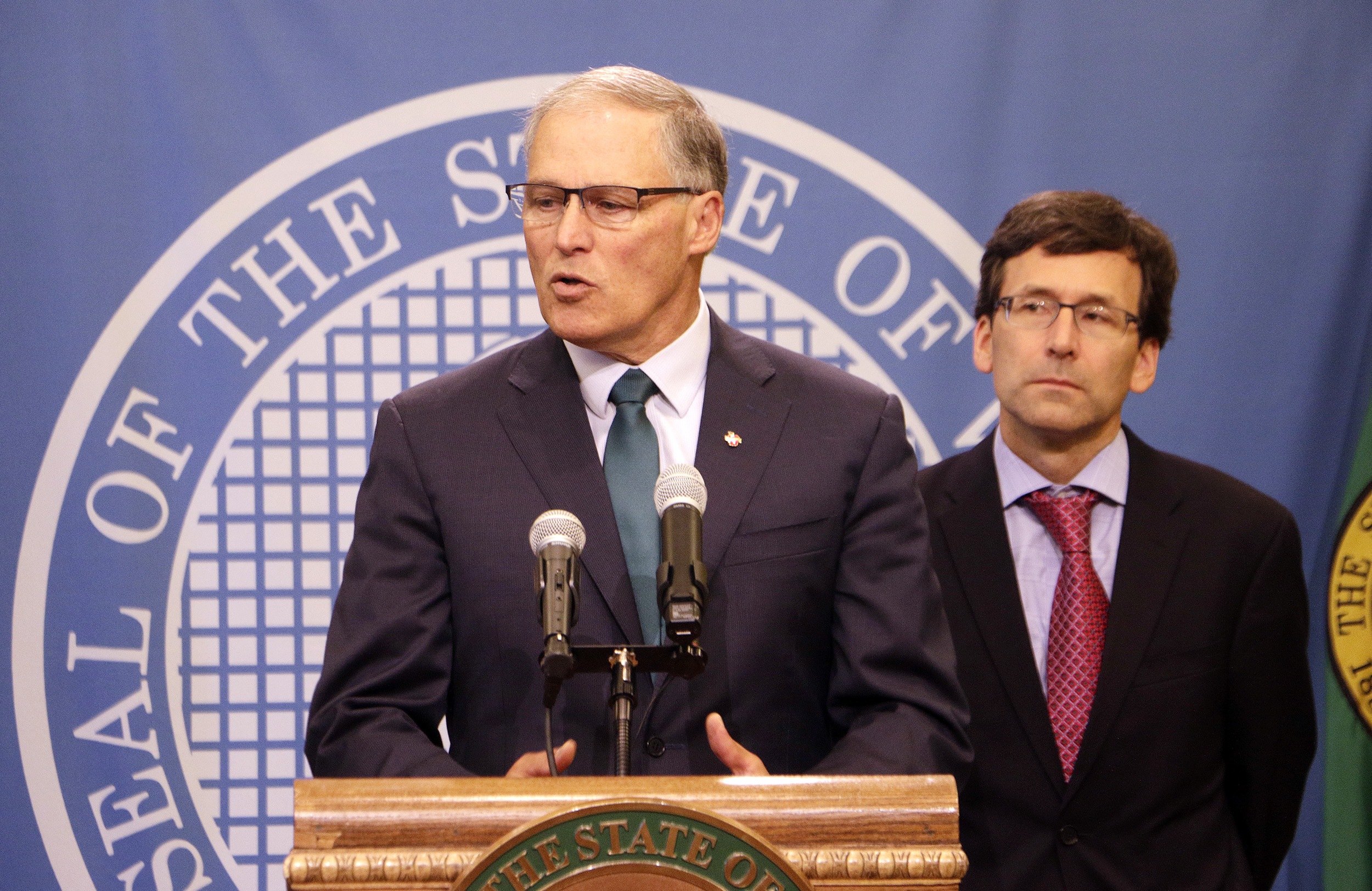 Yet the Washington state Legislature is in the midst of considering new legislation intended to eliminate the death penalty. On Friday, state senators passed Senate Bill 5339 by a 28-19 vote. The bill will head to the House next. Gov. Jay Inslee has already indicated he will sign the bill when and if it makes it to his desk.

But given the state Supreme Court’s decision, one might wonder why additional legislation is even necessary.

In January, at the request of Washington state Attorney General Bob Ferguson, Sen. Reuven Carlyle,  D-Seattle, introduced legislation that would remove the death penalty statute entirely. This is the third time Ferguson has proposed such legislation. The proposed bill specifies a particular punishment for aggravated first degree murder: life imprisonment without the possibility of release or parole.

Ferguson and other advocates of doing away with government-sponsored executions say new legislation is required because the state Supreme Court never ruled that the death penalty was inherently unconstitutional. It instead found that the way the death penalty was applied in the state was unconstitutional. Specifically, judges concluded it was “imposed in an arbitrary and racially based manner.”

Chief Justice Mary Fairhurst added, however: “We leave open the possibility that the Legislature may enact a ‘carefully drafted’ statute to impose capital punishment in this state, but it cannot create a system that offends constitutional rights.”

Joe Sprague is executive director of the Washington State Catholic Conference, the public policy arm of the Catholic Church in the state, which advocates for the “sanctity of human life.” He acknowledges that what the state Supreme Court did “was very powerful and nothing should take away from their action.” But, he says, “the underlying law that was found to be unconstitutional is still there.”

Sprague says he and many of the other approximately 800,000 Catholics in the state  don’t want to leave open the possibility that the death penalty law could be amended somehow to conform to the court’s demands.

Hugh Spitzer, a law professor at the University of Washington, says although it’s difficult to imagine how the death penalty could be applied in a racially unbiased way in today’s world, “the court’s decision was not absolute.”

“They probably just want to clean things up and put the nail in the coffin, so to speak,” Spitzer says.

If the state leaves the law on the books, there is a chance that those who believe in the death penalty could put an initiative on the ballot in an attempt to revive executions in the state. Or the practice could be revived through legislation, as was stated in the court’s decision.

A bill attempting to do just that had been introduced by Sen. Keith Wagoner, R-Sedro-Woolley. That bill specifies that a prisoner charged with aggravated first-degree murder could be sentenced to the death penalty. The bill is named after Jayme Biendl, a prison guard at the Monroe Correctional Complex, who was strangled in 2011 by an inmate serving a sentence of life in prison without the possibility of release or parole. The bill, however, is no longer under consideration.

There is at least one other way the death penalty could come back to life.

King County Prosecuting Attorney Dan Satterberg calls statutes that stay on the books after they’ve been found unconstitutional “Zombie Laws.” In a letter to the Senate earlier this month, Satterberg cited the example of state statutes that ban abortions, which still exist in 10 states, despite Roe v. Wade, the Supreme Court decision legalizing abortion.

So-called Zombie Laws, Statterberg notes, “could come back to life in the event that a later court reverses itself and finds the law constitutional.”

Significantly, advocates point out that this is the fourth time the court has found Washington’s death penalty law unconstitutional. Each time, the Legislature has revived the death penalty by attempting to address its problems.

The court ruled the death penalty unconstitutional in 1972 in the wake of a U.S. Supreme Court decision that found it was arbitrarily imposed, in 1979 after an initiative had reinstated the death penalty, and again in 1981, when the court pointed out defendants could escape the punishment simply by pleading guilty, violating “a defendant’s constitutional rights to plead not guilty and demand a jury trial.”

Death-penalty opponents say now is the time to vote for a “clean repeal” and end the “unproductive cycle.” 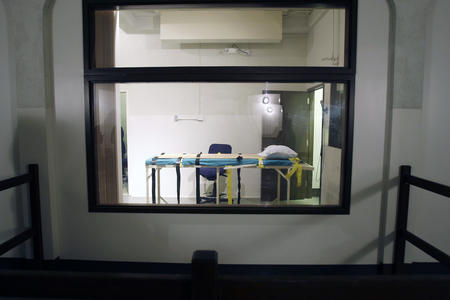 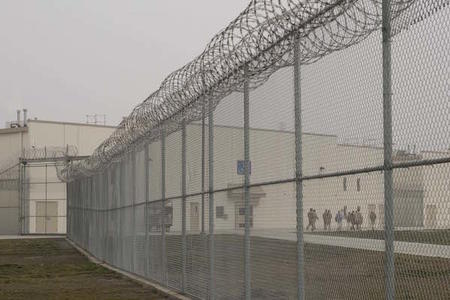 An initiative should restore the death penalty — no exceptions allowed — for those who murder children in particularly cruel manner. 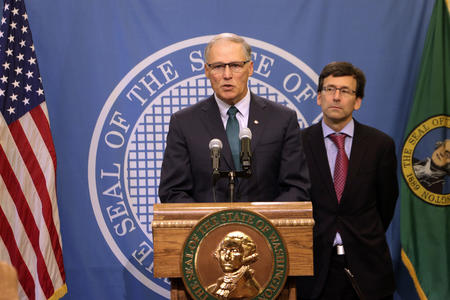 I support capital punishment in some cases, but the Supreme Court was right to deem it unconstitutional.

In addition to the Supreme Court’s actions, public support for the death penalty in Washington state has typically been weak. The last execution in Washington state was carried out in 2010. A lethal injection was used to kill Cal Coburn Brown for the 1991 murder of a Seattle woman. Four years later, Gov. Jay Inslee declared a moratorium on capital punishment.

Last year, the Northwest Progressive Institute unveiled a poll that showed a majority of Washingtonians would rather send convicted murderers to prison for life than execute them. In the survey, 69 percent of respondents surveyed said they preferred one of three life-in-prison alternatives to just 24 percent who said they preferred the death penalty. Eight percent said they were not sure.

Villeneuve also argues that getting rid of unenforceable laws is a habit legislators should embrace.

Although the path to abolishing the death penalty in Washington state might seem clumsy to some, other states have followed the same pattern. North Dakota and Rhode Island both passed legislation to repeal the death penalty after a court declared it unconstitutional.

“Now that the law is unenforceable, it serves no purpose other than to confuse Washingtonians about the state of the law,” Ferguson said. “Removing unconstitutional laws from the books shows proper respect for the judiciary and the rule of law. Letting unenforceable laws linger, especially on matters of such importance, will only serve to confuse the public.”

“I’m hopeful and optimistic that they'll be able to move it forward,” Sen. Carlyle says of the bill. “It is absolutely essential that we close this chapter.”

An initiative should restore the death penalty — no exceptions allowed — for those who murder children in particularly cruel manner.

I support capital punishment in some cases, but the Supreme Court was right to deem it unconstitutional.