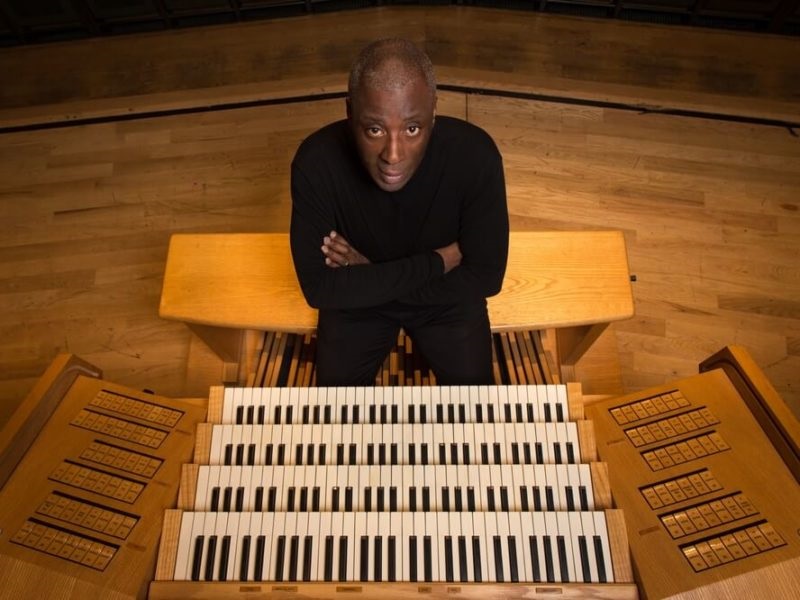 Organist Wayne Marshall will perform with the Seattle Symphony this week.

Delving into the conceptual overlap of art, tech, physics and philosophy, the University of Washington’s Center for Digital Arts and Experimental Media — aka DXArts — draws Ph.D.-level students and renowned instructors from around the world to pursue research projects that border on the science-fictional. On Thursday, a half-dozen students from this intriguing and little-understood program present performances spanning a wide array of mediums and disciplines, including “error-prone improvisational experiments, ritualistic and meditative compositions, contemporary dance with DIY electronics and an archival mosaic of the story behind the Good Shepherd Center.” Set inside the 100-year-old Good Shepherd Center, the Chapel, where the performances take place, is the most focused, distraction-free performance space in Seattle, an ideal place to engage with some very strange, heady art. –J.Z.

Lit Fix, a quarterly reading and performance occasion, celebrates its sixth anniversary Thursday. This time around, at Capitol Hill’s Vermillion, the ensemble of local readers and performers includes the poet Jane Wong, short-fiction writer Kirsten Sundberg Lunstrum, author Margot Kahn (who wrote a biography of a world-champion rodeo cowboy),acoustic-country-singing duo Joy Mills & Tom Parker and Crosscut’s very own Florangela Davila. The cabaret-style event has no thematic center, but its lasting power is a testament to the quality of writers and musicians brought in over the years by Lit Fix founder Mia Lipman Irwin. Heads up: Vermillion is small, so get there early. All proceeds go to local nonprofit Team Read, a group that teaches kids to read. –Mason Bryan

Seattle Symphony’s clever exploration of J.S. Bach starts with Leopold Stokowski’s lavish orchestral arrangement of Tocatta and Fugue in D Minor (as heard in Disney’s 1940 Fantasia opening), which was originally written for pipe organ. But for this performance, music director Ludovic Morlot saves Benaroya’s mighty Watjen concert organ for John Harbison’s "What do We Make of Bach? for Orchestra and Obbligato Organ," featuring multitalented musician Wayne Marshall at the console. It’s an organ symphony, co-commissioned by SSO. Also on the bill, Shostakovich’s Symphony No. 15, which was his last and one said to be inspired by Bach. Then again, what musician wasn’t? –Stephen Hegg

Carnival season ended three weeks ago, but the party never really dies in New Orleans, and on Thursday one of the Crescent City’s most potent musical ambassadors arrives. For more than 20 years, Galactic has both embodied and evolved the idea of New Orleans music, starting from the foundation of traditional-leaning funk and absorbing scuzzy rock ‘n’ roll, slick electronica, bounce music, hip-hop, Latin boogaloo and more. Its latest album, Already Ready Already, presents Galactic at its most concise and song-oriented, paring back their expansive jams into shamelessly catchy modern soul that aims at the dance floor. It’s yet another rebirth for the veteran sextet. Expect a few onstage collabs with longtime pal and opening MC Lyrics Born. –J.Z.

Another important cultural space opens in Seattle this weekend — the Liberty Bank Building. Located in the Central District on the historic site of the first Black-owned bank west of the Mississippi (in operation 1968-1988), this affordable-housing apartment complex pays homage to both Black history and contemporary Black art. A joint project of several community groups and nonprofits (the Africatown Community Land Trust, the Black Community Impact Alliance, Byrd Barr Place and Capitol Hill Housing), the newly constructed space boasts impressive work by local artists, including a multistory entrance mural by longtime Seattle artist Al Doggett, benches designed by multimedia sculptor Esther Ervin and a swirling indoor mural by up-and-comer artist Aramis O. Hamer. Stop by the ribbon-cutting festivities to see the clever use of building artifacts — safe-deposit doors and the original bank vault — which speak to the building’s essential place in Seattle history. – B.D.

The Seattle Office of Arts & Culture spent the past year sprucing up the vacant top floor of King Street Station, and this weekend it's throwing a party to show off the new digs. In addition to housing the department’s offices, the space is now home to ARTS at King Street Station, a community-oriented cultural space dedicated to presenting locally made art, with an emphasis on artists of color. The inaugural exhibit is yəhaw̓, a group show of nearly 300 pieces of work by indigenous creatives of all ages, representing more than 100 tribes. Aptly, the title comes from a Coast Salish story about tribes uniting around a common cause: lifting up the sky. In a gesture of radical acceptance, all pieces submitted by Native artists (based in Alaska through California) were accepted — which means a huge range of work, and for the curators, a whole lot of hammering. –B.D.

Longtime Seattle dancer/choreographer Peggy Piacenza is a master of mixing pathos with comedy, careful technique and goofy slapstick. She often employs outlandish costumes that accentuate the day-to-day absurdities of being human. For her new piece, Sweet, Rotten, Sweet, Piacenza trades the traditional stage for a visual arts setting: Bonfire Gallery, in the Chinatown-International District. Inside, an entrancing video installation features beloved Seattle dancer Wade Madsen in clown makeup, eating pink cotton candy in slow-motion — truly a thing to behold, thanks to his rubbery facial expressions and the way the moment simultaneously conveys the sweet pleasures of life and the sickly feeling of time passing too fast. A series of live performances (by Madsen, Ezra Dickinson, Kim Lusk and Amelia Reeber) further emphasize, with humor and horror, our puny role in the grand scheme. –B.D.

Wagner Education Center opens at the Center for Wooden Boats

We wouldn't have Seattle — or the Duwamish settlement that was here first — without boats. For more than 40 years, the Center for Wooden Boats has celebrated the area's long reliance on boats by maintaining maritime artifacts and, more important, getting people out on the water to experience boats for themselves. This weekend, CWB opens its $6 million Wagner Education Center in Lake Union Park, where all ages can learn about boat building and maritime heritage. Designed by Tom Kundig of Olson Kundig Architects, the wood-wrapped facility features huge windows and hanging boats, and is intended to be a hands-on working space rather than a hands-off museum. Grand opening festivities include free boat rides and canoe carving demonstrations by Säädüüts Robert Peele (Haida), CWB artist-in-residence. –B.D.

Carolyn Forché: What You Have Heard Is True: A Memoir of Witness and Resistance

If you haven’t ever read writer Carolyn Forché’s poem, “The Colonel,” stop what you’re doing, go to a quiet corner and read it now. (We’ll wait.) Penned in 1978, and written about an experience she had in El Salvador while working with Amnesty International, the poem is surely one of the most gripping and lasting examples of the form. A multiaward-winning, massive talent, Forché has published many poetry collections, but her visit to Seattle commemorates the release of her first prose book: What You Have Heard Is True: A Memoir of Witness and Resistance. In it, she chronicles her time spent in El Salvador, the perils and importance of human rights activism, the struggle to capture depth of experience on the page, and the still relevant, still raging fight to document truth. –B.D.

Riffing on the Smithsonian Institution’s archival Folkways imprint, Funkways is the ongoing project of itinerant man of mystery Lucky Brown, aka Joel Ricci, a soul-music worshipping composer, bandleader, singer, trumpeter and record label owner who also makes paper (actual paper) alongside his wife at their Port Angeles studio. On Thursday, Ricci, as Brown, celebrates the release of a new single — on 45 RPM vinyl, of course — with the Funkways band, which includes a who’s who of Northwest funk and soul musicians. Alongside peers like We Coast Records’ DJ Funkscribe, old-school soul band the True Loves, and Afrobeat experimentalists Polyrhythmics, Ricci uses the output of his West Sound Recording Co. to document the region’s talented, thriving, deep-soul scene; these discs regularly chart on vinyl hound and DJ lists across Europe and Japan. If you didn’t know before, you do now. –J.Z. 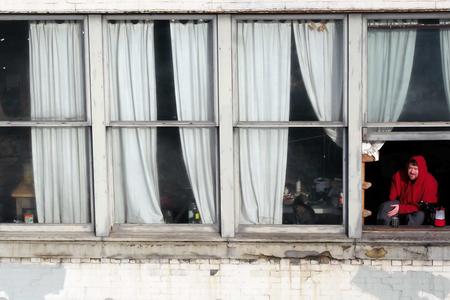 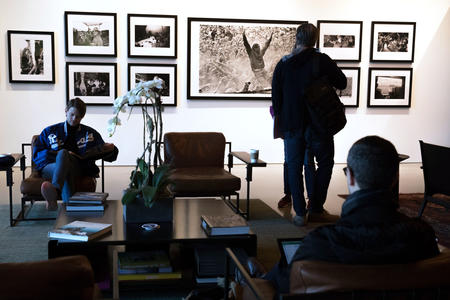 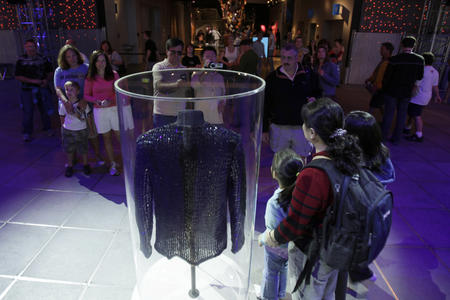 Like the rest of the world, Seattle is battling its own conscience regarding MJ in light of the Leaving Neverland documentary.

by / March 15
Article continues below

Like the rest of the world, Seattle is battling its own conscience regarding MJ in light of the Leaving Neverland documentary.