In just 30 seconds, the promotional video for a KOMO-TV special managed to cram in at least 10 invasive, voyeuristic and incendiary images of people in crisis on the streets of Seattle. After the requisite swooping scenes of tents and garbage along the freeway, it ended with the ominous title, “Seattle is Dying.”

Given that introduction, the one-hour special that aired March 16 on the local ABC affiliate owned by Sinclair Broadcast Group sounded like a must-miss, a sensationalized spree of fear and hate-mongering. I planned to avoid it. But on the Monday morning after it aired, I had a chance encounter with a colleague in a downtown crosswalk. She encouraged me to watch it because “it’s sooo bad.” When I watched it later that morning, I couldn’t help but yelp in frustration throughout the show.

When people complain about tents and garbage in Seattle, I wonder whether they’re more bothered by having to look at these visual signs of our community’s failure, or whether they actually care about the adults and children who live in those tents.

The KOMO special, by reporter Eric Johnson, definitely appeals to the “I don’t want to have to look at homelessness” viewer. It’s a call to punish, rather than help, people in need, and it seeks to divide them into “the real homeless” (or the “deserving poor”) and all the others. It’s all the more disappointing given Johnson’s reputation as a journalist.

But at a time when our region needs to come together on solutions, KOMO’s program is a drastic, distorted and divisive step backwards.

Here’s what I find most objectionable about it.

Johnson appears to have started with a foregone conclusion, then set out to find sources to confirm it. There are no interviews with city officials, nor with people in government who manage the homelessness system. He doesn’t talk to people working for nonprofits, who could have told him about proven programs like Housing First and permanent supportive housing.

The program conflates homelessness with drug use, mental illness and crime, and attempts to paint a few individuals as representative of our entire homeless population. For example, there’s a statistic that property crime is up, and Johnson insinuates, without proof, that it’s because of homelessness. There’s also an attempt to brand people who are homeless as violent. Crosscut’s David Kroman found that people who are homeless are disproportionately arrested and booked by the Seattle Police Department (according to Kroman's reporting, one in five jail bookings are of people experiencing homelessness). But the majority were for nonviolent crimes, including failure to appear in court. Conversely, Johnson profiles a man who assaulted a woman in SeaTac, an extreme example used as typical.

We already know we have a woeful lack of mental health services here. Drug addiction, which can be a cause or result of homelessness, is a nationwide epidemic, not a Seattle-only problem, and it affects people with homes, too.  Homelessness is decreasing nationally, but rising in cities where rents are too expensive.

But facts don’t matter in this program, because instead we hear lively stories from the two people with lived experience who talked to Johnson — the young man who uses meth and reacts delightedly to hearing that he’s on a list of most frequent offenders; the woman who says “100 percent” of people on the streets are addicted because everyone she knows is.

The program consistently dehumanizes people who are homeless, gratuitously and needlessly showing faces of those experiencing traumatic mental-health or medical crises in public, calling them “wretched souls,” “living like animals” in “filth and degradation.” It’s unconscionable. Language like this causes a physiological reaction that inhibits our humane response to people who are homeless. Johnson says he doesn’t seek to demonize people, yet he actually refers to one person as “consumed by demons.”

It suffers from the “everywhere else does it better than we do” syndrome. Johnson ignores our local progress, such as reducing family, youth and veteran homelessness. He and his team travel to Rhode Island to devote a long chunk of the show to the successful prison-based Medication Assisted Treatment program. Had he sent his drones over South Lake Union instead, he would have found permanent supportive housing programs like 1811 Eastlake, a national model for alcohol treatment. Had he looked toward Belltown, he might have found the respected Law Enforcement Assisted Diversion (LEAD) program, which diverts people involved in low-level drug offenses to services.

Johnson ignores the root causes of homelessness, both systemic and situational: the high cost of housing and wages that don’t keep pace; lack of health, mental health and addiction services; our regressive tax system; generations of racial discrimination; and long-term cuts in public housing, to name a few.

Johnson criminalizes homelessness. His solution to the problem is “enforcement and treatment,” which on the surface may sound logical. But make no mistake, he’s saying that the thousands of people who are homeless should be locked away, because he then suggests spending our region’s entire annual homelessness budget into turning McNeil Island — a remote confinement center for sex offenders — into a giant prison with drug treatment.

I live in the same beautiful city as Eric Johnson, but because I work on homelessness every day, I experience it differently. I have hope that though there’s still a lot of work to do, we can solve homelessness when business, academia, nonprofits, the faith community, funders, government and more come together. It’s discouraging that KOMO didn’t look hard enough to see that there’s more to the story than what’s visible on the streets of Seattle.

Catherine Hinrichsen will serve as moderator for Boomtowns: Affordability and Access for Communities on the Margins at Crosscut Festival on May 4 at Seattle University. 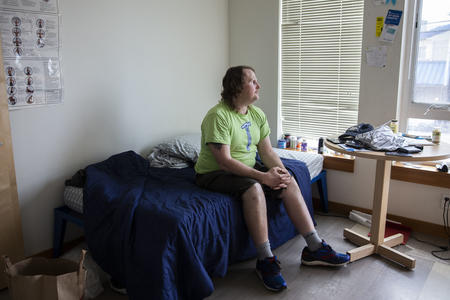 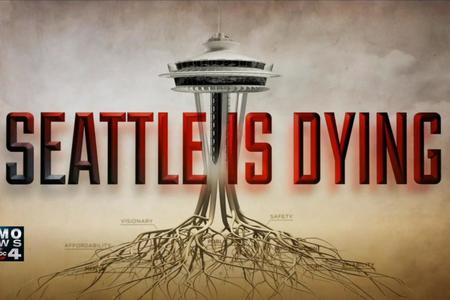 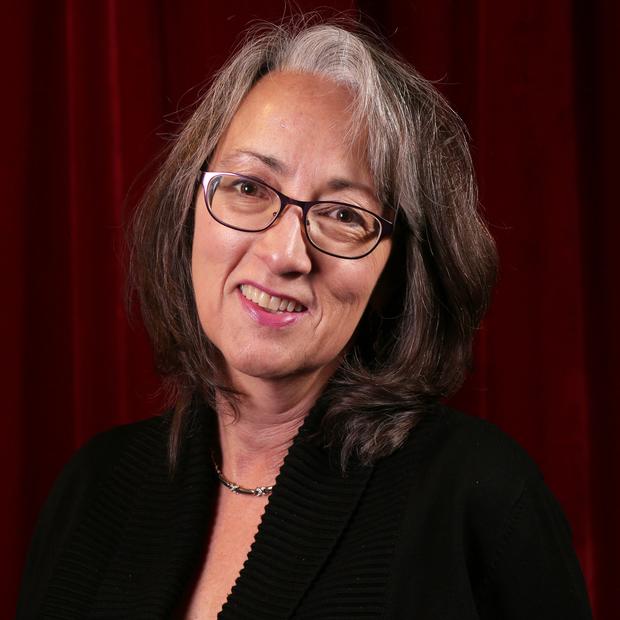