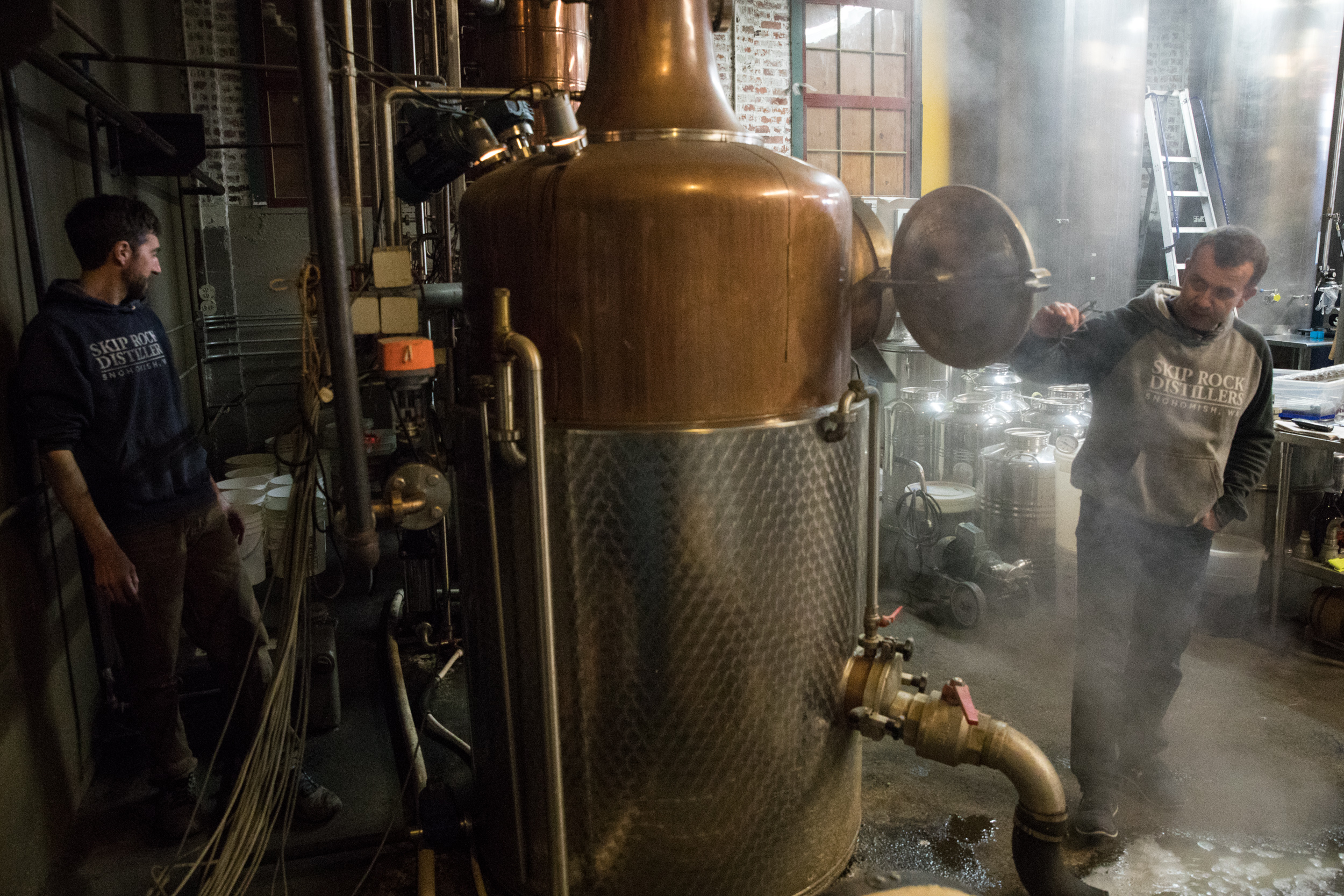 Ryan Hembree cradles a bottle of vodka in one palm, telling two customers about the 17 pounds of potatoes that went into it. The couple sits across from him, their stools pulled up to the bar Hembree and his cousin made from slabs of cedar.

Just a few feet away, the production floor of Skip Rock Distillers is piled high with pallets of local rye. Barrels of rye whiskey are stacked against the far wall, set aside to age. Lining the wall behind Hembree are bottles of his house-made raspberry liqueur, blackberry liqueur and nocino, a liqueur made from walnuts.

It’s all part of a movement craft distillers call “grain to glass” — the liquor version of “farm to table.” Like other craft distillers throughout the state, Hembree makes his spirits on site, primarily from raw materials grown locally in Washington.

But producers of Washington’s craft spirits say they’re not sure their industry has a future if they don’t get help from the state Legislature this year.

A proposal at the state Capitol would allow craft liquor distillers like Hembree to open two additional off-site tasting rooms, which they say would allow them to reach more customers. Unlike the single tasting room allowed under current rules, the two new tasting rooms would not be attached to a distillery’s main production center, allowing the business to expand to new locations.

Senate Bill 5549 also would allow craft distilleries more freedom to serve sample cocktails, so they can show customers how to use local spirits in mixed drinks at home.

The bill faces opposition from groups who worry about the growing number of places where people can access alcohol. In recent years, the Legislature has passed bills allowing alcohol to be served at movie theaters, farmers markets and nail salons, for instance.

Yet craft distillers say they need the changes if they are to compete with larger, out-of-state producers, whose bottles are more likely to be stocked by chain grocery stores.

“We all care about where our food comes from,” said Mhairi Voelsgen, president of the Washington Distillers Guild, which is supporting the legislation. “We should care just as much about where our spirits come from, and what’s in them.”

Josh Mayr, the co-owner and master distiller at Wishkah River Distillery in Aberdeen, says the ability to open off-site tasting rooms would be a huge benefit to his business. Like many distilleries across the state, Wishkah River is in an industrial area where there isn’t much foot traffic, he said.

In many communities, distillery location is by design: Distilling alcohol can involve the production of flammable liquids and gases, which cities and towns often don’t want next to commercial buildings and homes.

Yet because of those rules, having tasting rooms that could operate in busier commercial areas would be a big help, especially to distilleries located farther from big cities, Mayr said.  At his Aberdeen distillery, Mayr produces craft whiskey, gin, and vodka, a version of which is distilled from honey.

“It’s not so much that I’m pining to open up an establishment in downtown Seattle,” he said, “just to relocate in the downtown core of my own hometown.”

Not being able to serve cocktails and mixed drinks also hurts distillers’ ability to sell their products, Mayr said, because customers don’t necessarily know the best ways to prepare them.

“All of these things add up to greatly increased revenue that would allow this business to survive over the long term,” Mayr said.

Right now, the state’s craft liquor rules allow distilleries to serve half-ounce samples, which can be mixed with other spirits only if those, too, are produced on site. Under the bill, Washington’s craft distillers would be allowed to serve some craft spirits made by other local distilleries, expanding the variety of drink samples they can make.

Current law also sets a serving limit of 2 ounces of samples per person, per day. Senate Bill 5549 would keep that limit in place for straight alcohol, but abolish it for mixed drinks.

Between that and how the proposal would allow additional tasting rooms, some groups are concerned about how the measure would increase access to alcohol.

The Washington Association of Sheriffs and Police Chiefs opposed the bill during a public hearing last month, in part because the group sees a larger pattern of the Legislature increasing the number of places where alcohol and drugs are available. Steve Strachan, the group’s executive director, said he is particularly concerned about increasing the chance of people drinking and driving, which he said decreases the safety of Washington roads.

The Washington Association for Substance Abuse and Violence Prevention opposed the legislation on similar grounds.

“…We do not believe that there is too little access to alcohol and other drugs in this state,” the two groups wrote in a joint letter to lawmakers last month. “We are asking that we slow down on the incremental but steady increase of access, and that while we testify and indicate opposition to a steady and frequent introduction of ‘small’ bills increasing access, we all need to be mindful of the cumulative effect on our society and on our children.”

In Hembree’s tasting room, there is a play table in one corner for kids. Voelsgen, the president of the state distillers guild, said that’s the family-friendly atmosphere typical of most distillery tasting rooms. She said the bill would require distilleries to exercise the same precautions against overserving that apply to breweries and wineries. Those include having servers go through a state-mandated alcohol-training course, as well as banning serving alcohol to anyone who seems intoxicated.

State Sen. Marko Liias, the prime sponsor of the legislation, said he doesn’t think that people will flock to distillery tasting rooms to start abusing alcohol, especially given the price of most craft spirits.

“There’s a dive bar down the street people can go to if that’s their goal,” said Liias, D-Everett. “To me, this is about allowing a really great industry in Washington to have a few more locations and grow, and helping promote a local product.”

The Washington Hospitality Association also expressed concerns about the bill, saying it would allow distilleries to dodge licensing requirements that restaurants and nightclubs must meet. For restaurants, those include separating minors from the areas where alcohol is served, as well as requiring a menu with a wide variety of food.

Because the bill affects the state budget, it can potentially stay alive until the last days of the legislative session, when lawmakers usually finalize their two-year spending plan. Liias said he is hopeful the bill can pass before lawmakers adjourn in late April.

Back in his tasting room, Hembree tells the couple sitting at his bar about a cocktail he would like to make them, but can’t because of the state’s rules.

The pair walks out with a bottle of potato vodka. Hembree is convinced he could have sold them another bottle of liquor, if only he had been able to mix the cocktail he described: a combination of rye whiskey, raspberry liqueur, vermouth and orange juice.

He’s hoping that the Legislature will act soon, so he’ll finally get his chance.

“For us, it’s a chance to show what we do, our handiwork,” Hembree said. “Really, the key is letting people know about us, try our products – and letting that speak for itself.” 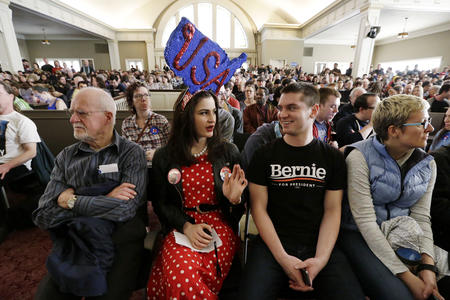 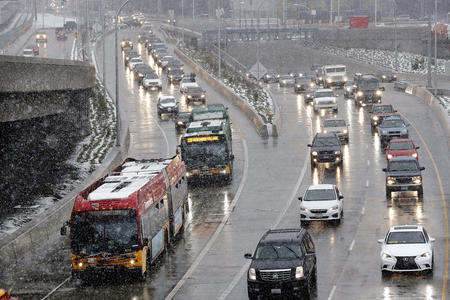 Plan would require driver education courses to teach merging — and test people on it, too.

Plan would require driver education courses to teach merging — and test people on it, too.