Seattle plans to redevelop Fort Lawton with 238 units of affordable housing and more than 20 acres of park space. 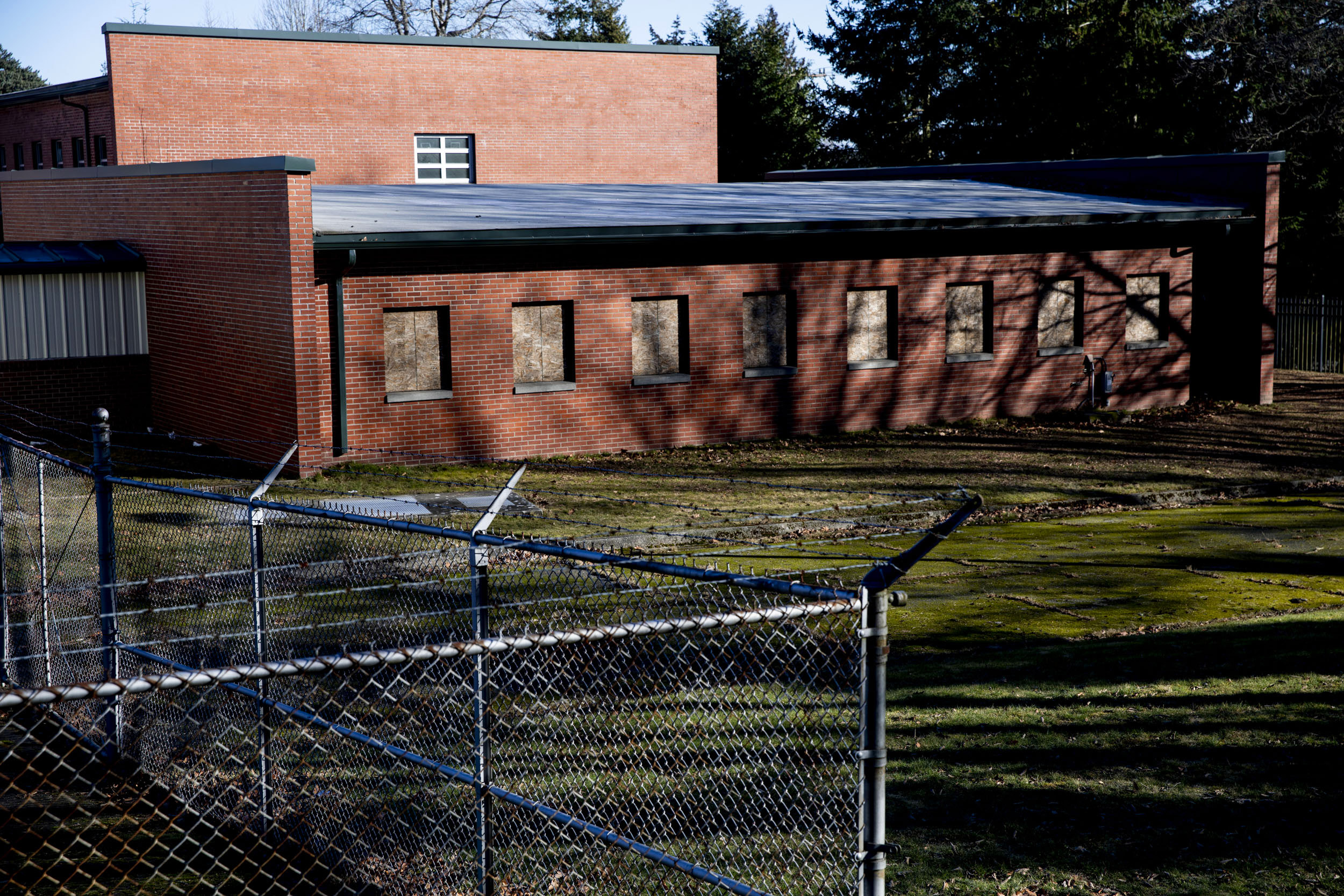 The city is proposing a development at the Fort Lawton site, seen here on March 5, 2019. Affordable housing is included in the plan. (Photo by Dorothy Edwards/Crosscut)

The idea to build affordable housing at a former military installation in Magnolia has been a source of neighborhood conflict for almost 13 years, was subject to two legal challenges and was likened to war by neighborhood activist Elizabeth Campbell less than two years ago. The project’s opponents have been digging in their heels and fighting to expand Discovery Park instead, successfully stopping construction in the process.

But if Fort Lawton was once the frontline of a war between some Magnolia residents and the city of Seattle, Monday night’s surprisingly civil open house for the proposed affordable housing development was perhaps a sign that armistice is coming. Somebody booed Councilmember Teresa Mosqueda as she stepped up to the microphone to explain why she supports the plan, and there was the occasional hiss or bout of derisive laughter from one side directed toward the other. But on the whole there was little drama among the 200 or so attendees, evidence that the city might finally move forward with its long-delayed effort to redevelop the 34-acre, former military site adjacent to Discovery Park.

About 22 acres of the 34-acre site will be managed by Seattle Department of Parks and Recreation. Five acres of that land are currently forested and will be added to Discovery Park. Roughly 13 acres will be used for passive recreation and 6 acres will be home to two new sports fields. One existing maintenance building on the north end of the site will be reused as a Parks Department maintenance facility.

All told, the housing will cost nearly $87 million, the bulk of which is the price of construction. It will be funded by a mix of local, state, federal and private sources. That is no small sum, but it comes at a considerable discount. Because the city is building low-income housing on the site, the federal government is almost giving away the land. Habitat for Humanity will, in fact, pay $0 for the land, Catholic Housing will pay a little over $1 million for acquisition.

“This is a once in a lifetime opportunity,” Emily Alvarado, policy and equitable development manager at the Office of Housing, told Crosscut. “In a growing city there are few locations where we can make significant investments like this and do it in a way where it’s complemented by community priorities like parks and open space.”

Monday night’s public meeting was one of the last steps Seattle’s Office of Housing needed to take before they finalize the plan and pass it along to the Seattle City Council. If the city is finally able to move forward with its plan, it will be a moment more than a decade in the making. The 34-acre Fort Lawton site was kept as an Army Reserve center after the rest of the former military installation was deeded to the city and converted into Discovery Park in 1972. In 2005, the Department of Defense began plans to decommission the center. The site’s six buildings, roads, parking lots and incinerator stack have sat unused since 2011, when the Army officially moved out.

Under the federal Base Realignment and Closure Act, Seattle was eligible to take ownership of the land for low to no cost if they redeveloped the site with homeless housing or as parkland. In 2008, the city proposed building a mix of homeless housing and market-rate apartments on the site. The Magnolia Neighborhood Planning Council sued the city, saying it had not sufficiently analyzed the environmental impact of the project. The King County Superior Court sided with the neighborhood group in 2009, as did the state Court of Appeals in 2010. By that point, the city had decided that because of the recession, the market-rate housing in their plan would no longer be feasible and the project was shelved.

Over the next eight years, the real estate market recovered while the city’s homeless population increased dramatically. In 2017, the city got the ball rolling again, but was shortly thereafter sued by Magnolia neighborhood activist Campbell and the Discovery Park Community Alliance. This time, however, a hearing examiner sided with the city, allowing the plan to move forward. 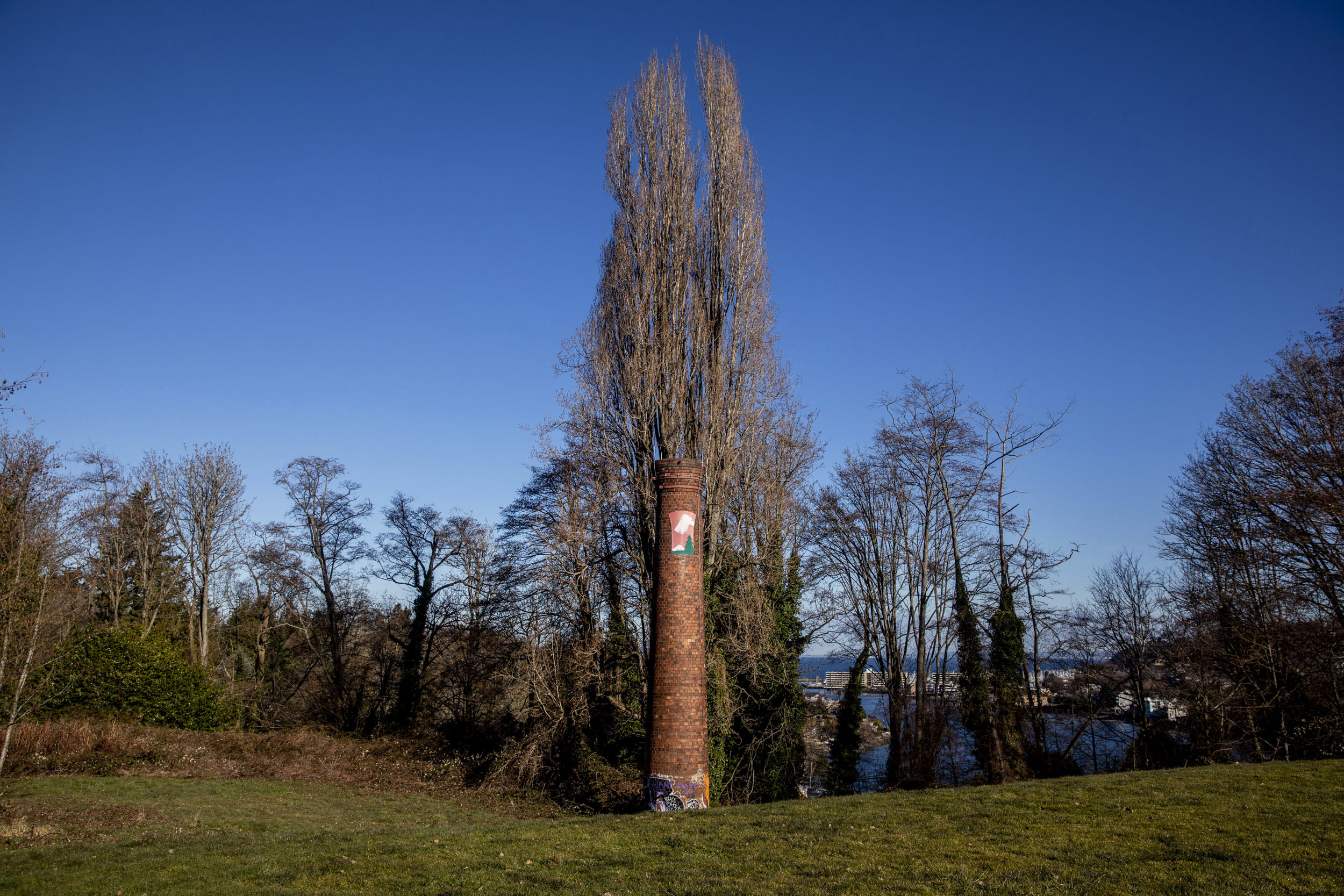 Of the 40 people who testified at Monday’s meeting, 19 fully supported the proposal; five voiced support but had some reservations.

“At this point in time we have senior citizens who are veterans with nowhere to live,” said Terry Cook, a Magnolia resident who lives near Fort Lawton. “We have to have priorities, and we should not trade their lives for new park space that’s not currently park space.”

“I remember when it was an army base at Fort Lawton. I am really excited about this project moving forward,” said Dan Cantrell, a Phinney Ridge resident who grew up in Magnolia. “It would’ve been nice if there was a little bit more [housing]. But I’m really glad to see my old neighborhood have affordable housing available for all kinds of people.”

The supporters with some reservations generally welcomed the proposed housing, but wanted to see all the nonhousing portions of the property converted to natural parkland instead of playfields, park maintenance buildings or parking lots. Some said they were worried about insufficient transit service to Fort Lawton. One man called for the city to get a firm commitment from King County Metro to increase service to the neighborhood. The Route 33 bus does stop at Fort Lawton and, according to Google Maps, takes about a half-hour to travel from there to downtown. The bus comes only once every 20 to 30 minutes.

Of the 16 people who spoke out against the housing development at Fort Lawton, nearly all called on the city to add the former military site to Discovery Park instead. Some were focused on the need for more park space in a rapidly growing city. Others worried that a new development adjacent to the park would degrade the quality of one of Seattle’s most popular natural spaces. Magnolia resident Neal Starkman said the park “is being threatened. … Does anyone truly believe that Discovery Park will remain the same?”

A few of the project’s opponents simply worried that having low-income housing would create safety issues and hurt property values.

“If you’re going to do this experiment in my park, we need more police down there in the area,” said lifelong Magnolia resident Doug Mackleroy, who lives just north of Fort Lawton. “This is not a little project you’re doing here. It’s a big one. And it plays a role in a very isolated part of the city that could have a whole lot of implications to all of us who live here.”

When asked about residents’ safety concerns, Flo Beaumon, assistant director at Catholic Housing’s sister organization Catholic Community Services, told Crosscut: “We want the people in the neighborhood to be safe. We want the people in our programs to be safe. People will have leases. They will have to be responsible to themselves and their community. We’ll have staff on site. We have a long history of being able to operate housing successfully for some real challenged populations.”

Though Monday’s meeting signaled the affordable housing project is moving forward, it’s still a long way from reality. The city council housing committee will take up the issue in April. Councilmember Mosqueda said she expects the final vote to take place in June, at which point the plan will be sent to the federal government for its approval. Construction would likely begin in 2021, with homes ready for move-in by 2024 or 2025. 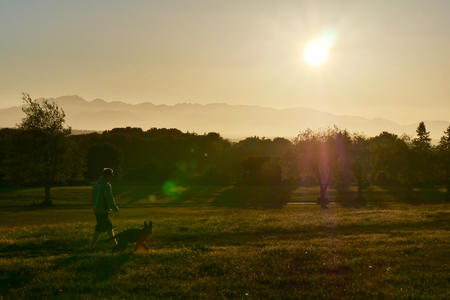 On a recent sunny weekend, I was standing in Discovery Park with two of the people most responsible for the existence of this gem of the Seattle park system.

by / June 15
Article continues below

On a recent sunny weekend, I was standing in Discovery Park with two of the people most responsible for the existence of this gem of the Seattle park system.