Plans to delist wolves will create controversy — but Washington wolves might be safe under state protections. 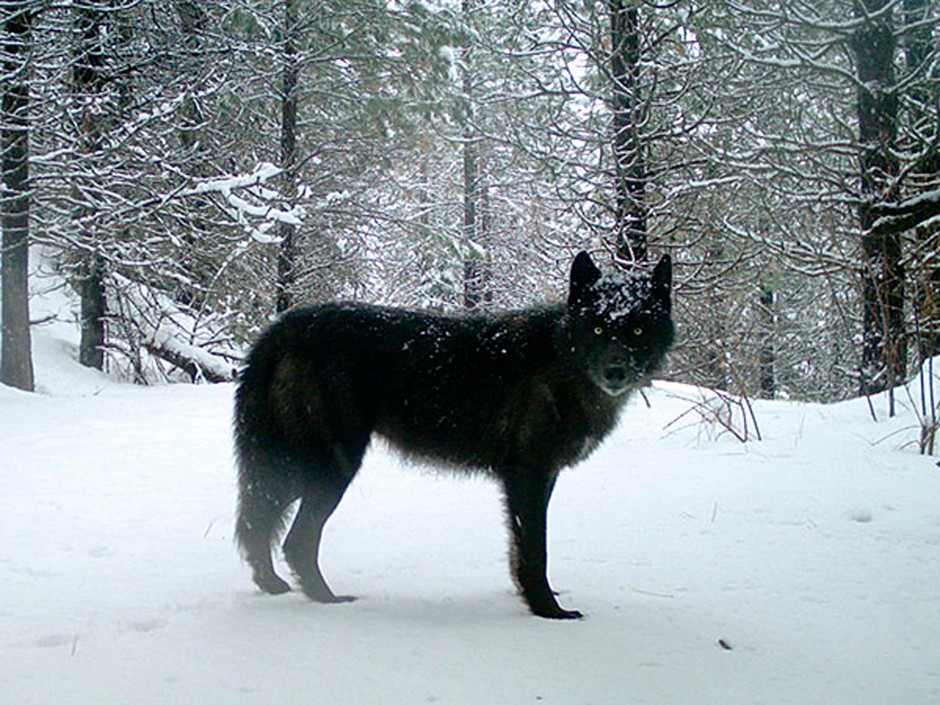 This February 2017 file photo provided by the Oregon Department of Fish and Wildlife shows a gray wolf of the Wenaha Pack captured on a remote camera on U.S. Forest Service land in Oregon's northern Wallowa County.

Acting Secretary of the Interior David Bernhardt made the announcement at a wildlife conference in Denver.

The move was quickly protested by conservation groups across the West, where wolf reintroduction has ignited controversies.

“This disgusting proposal would be a death sentence for gray wolves across the country,” said Collette Adkins, a senior attorney at the Center for Biological Diversity. “The Trump administration is dead set on appeasing special interests that want to kill wolves. We’re working hard to stop them.”

A separate conservation group, however, downplayed the change’s practical effects on wolf recovery in states where wolf numbers have rebounded. Chase Gunnell of Conservation Northwest said his group empathizes with concerns from colleagues in states like California and Colorado, where wolves have not yet recovered.

“However, given the quality of Washington’s wolf plan and investments in collaborative wolf conservation and management work here, we do not expect federal delisting to have a significant impact on wolves in our state,” Gunnell said. “Wolf recovery is progressing well in Washington and our wolves will remain a state endangered species until state recovery goals are met.”

Northwest ranching communities have voiced concerns about the loss of livestock to wolf depredations. Wildlife advocates have said gray wolf protections need to remain in place while they re-establish in their historic ranges.

Wolves were first protected under the Endangered Species Act in 1975. Efforts to re-establish wolves in the United States began in 1995, when wolves from Canada were brought to Yellowstone National Park and the mountains of central Idaho. Nationally, gray wolf numbers in the lower 48 have grown from about 1,000 — all in northern Minnesota — to more than 5,000 in the contiguous U.S.

This newest proposal would mean wolves in the western parts of both states would no longer receive federal Endangered Species Act protections. State protections would remain in place.

Oregon’s wolf plan is in the midst of a controversial update. Earlier this year several environmental groups withdrew from a stakeholders group working on the update. They said the plan was being tilted toward a ranchers’ goal: streamlining the process for getting approval to kill wolves suspected of preying on livestock.

Sarah Ryan, executive director of the Washington Cattlemen’s Association, said the work to delist gray wolves used “scientific and commercial data” that could pave the way for more loosening of wolf protections beyond those under the federal Endangered Species Act.

“In Washington state we have a collaborative group who helps set protocols for instances when wolves depredate or harass livestock; we appreciate the federal delisting as it puts the management of the wolves into state hands. Ultimately, we hope this action allows us to take a serious look at state delisting,” Ryan said in an emailed statement.

“The best available science shows that the gray wolf has successfully recovered from the danger of extinction and no longer requires federal protection,” Newhouse said in a statement. “We can see in Washington state that the wolf population is growing quickly while being effectively managed by the Washington Department of Fish & Wildlife in the eastern third of the state.

Newhouse had co-sponsored a bill seeking to remove Endangered Species Act protections for gray wolves, It passed the U.S. House last year, before Democrats took the majority from Republicans,

Trump is not the first president whose administration has sought the removal of endangered species protections for gray wolves. The George W. Bush and Barack Obama administrations made similar proposals. In both instances, conservation groups filed lawsuits and courts ruled against delisting gray wolves as proposed.