The district was called "tone deaf" after a school principal sent parents an email suggesting children not fast on standardized testing days. 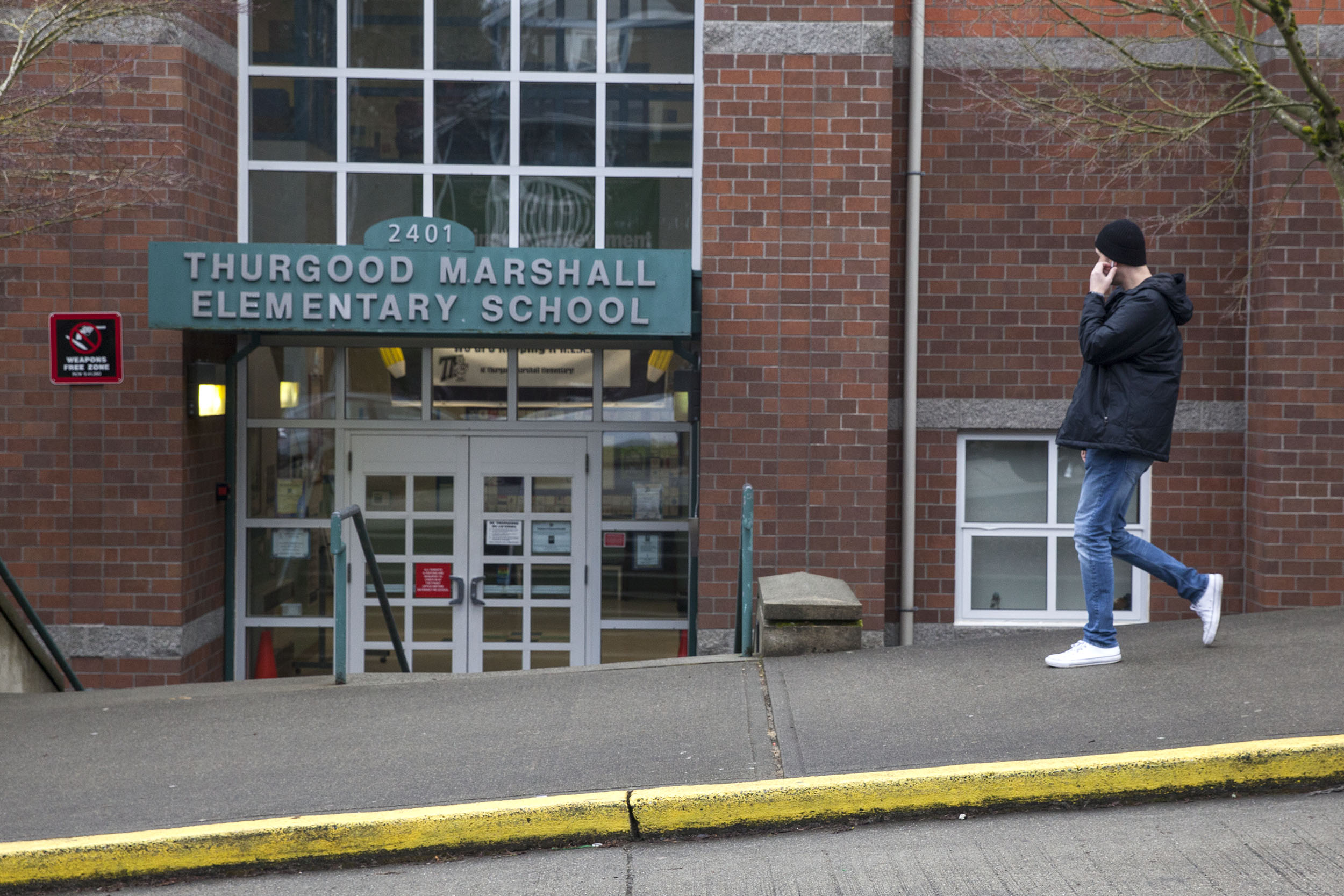 The social-media firestorm over the Seattle School District’s treatment of Ramadan, one of Islam’s holiest holidays, began almost immediately.

The public schools in Seattle need “to figure this out if it is to be truly equitable,” wrote one commentator on Facebook.

“This is 100 percent the same thing as making children take their test on Christmas or Easter. It would never happen,” wrote another.

Social-media users would soon start tagging the Council on American-Islamic Relations, asking the Muslim civil-rights organization to raise the alarm about an email sent on Monday by Katie May, the principal of Thurgood Marshall Elementary.

“Dear TM Family Member,” the email began before explaining two kinds of student testing on the schedule for the spring. “We realize that this year, a portion of the state testing window coincides with the observance of Ramadan.”

Then, according to many Muslims and non-Muslims alike, came the troubling part.

The email asked Muslim families observing Ramadan, a month of fasting from sunrise to sunset to commemorate the revelation of the Quran to Muhammad, to consider the following: “Allow your child to eat, or participate in partial-day fasting, on testing days.”

This is, Fouladi said, the school district “telling Muslim parents how to practice their faith.”

Fouladi said that although Muslims typically begin fasting around puberty, some choose to start earlier. The decision of exactly when to begin fasting should be left up to individual families — not the school district, Fouladi said.

The district said the email May sent was part of a wider effort.

The other, drafted by an internal team including a member who observes Ramadan, explained that some students may fast during the holiday and may have an easier time taking any necessary tests earlier rather than later. It also explained school leaders could “make a reasonable attempt”  to honor requests to have testing occur before the start of Ramadan.

When asked why some of these same points weren’t made in May's email, Robinson said the “suggested letter to parents was an overall communication that focused on strategies for success for students taking the tests.”

The email, Robinson said, wasn’t meant to get into details about what options Muslim students might have.

“The topic of a possible request to do testing outside Ramadan is a separate, singular issue,” Robinson said. “The intent is for school leaders to make consideration at each school level to maximize student success, not to ask families to accommodate testing and abandon a fundamental requirement of faith.”

But, for some, the latest email from the school district was part of a worrying pattern.

“This is a consistent issue with the Seattle public school system,” Fouladi said.

He said he had hoped for more from recently installed Superintendent Denise Juneau, the first Native American person in that role, but that the latest email “really fell flat.”

“If they are committed to making education equally accessible to all, then they need to be committed to honoring diverse religious practices in the community,” Fouladi said. “We’re hoping they acknowledge the mistake that they made and that they meet with communities of faith to see how they can do better going forward.”

Miri Cypers, director of the Anti-Defamation League for the Pacific Northwest, said in an email: “To create welcoming and respectful school environments for students of all faith backgrounds, diligent efforts should be made to accommodate religious observance so that students are not forced to choose between their religious observance and their academic responsibilities.”

Last year, for example, The Seattle Times editorial board called out the school district for scheduling the first day of kindergarten on the Jewish holy day of Rosh Hashana, the Jewish new year.

Aneelah Afzali, executive director of MAPS-AMEN (American Muslim Empowerment Network), said a lack of religious accommodations at schools is especially concerning because it has the potential to make “individual students feel like they are less than worthy.”

The Washington chapter of the Council on American-Islamic Relations has also posted a petition, demanding that the school district respect religious observances and retract what it referred to as an "insensitive email."

At least some of the parents at Thurgood Marshall Elementary agree.

“While there is a lot of talk of equity, the district has a long way to go in actually practicing it,” said Dionne Malatesta, a resident of Hillman City. Malatesta said she would have expected the school district’s race and equity team to facilitate better communication.

Cecilia Kingman, a minister at Edmonds Unitarian Universalist Church and a parent of twins at Thurgood Marshall Elementary, said that “as a person of faith I was pained by it,” referring to the email.

“I was really distressed to see that we would be dismissive and uncaring and exclusionary about a faith that a number of the families at Thurgood Marshall share,” Kingman said. “As a parent whose religious holidays are privileged by the school calendar I found it a hurtful stance by the district.”

Kingman said the school district had failed “to model an inclusive form of a democracy.”

“It is important to me that my children have the experience of learning to respect other religions and other cultures, and you really only get that in a public school system that does it well,” she added.

Rabbi David Basior, another parent at Thurgood Marshall, echoed those sentiments, noting that “the entire district calendar needs re-evaluation with regard to cultural, religious” traditions beyond Christianity.

Basior said the email could serve as “a little bit of a kick in the pant for all us ... for equity to flow” and to begin making systemic changes.

At a recent meeting, Seattle School Board director Zachary DeWolf acknowledged that he felt the district had made a serious error.

“What I am compelled to acknowledge, here publicly, is the supreme mistake our district has made. I want to reassure you, we have heard the feedback about our communications and lack of cultural awareness as it pertains to our students who observe Ramadan," DeWolf said at a Wednesday evening school board meeting.

"While the testing window is prescribed by the state, we apologize for the way our communications asked you to abandon your faith traditions and customs on your most holy and important holiday. We will do better and sincerely apologize for the harm done to you.”

If signed into law, a state Senate bill aimed at ensuring religious accommodations for postsecondary students will help solve some of the issues for college students.

Younger students, however, will continue to have to rely on the region’s school districts to properly recognize their faith.

The concerns go beyond the calendar. Zain Khaki, a sophomore at Mount Si High School, has been outspoken about the lack of accommodations for Muslims like him, such as the lack of a prayer space.

“I sound like a broken record because it’s not a new issue, obviously,” Khaki said.