Washington's urban and rural communities need one another 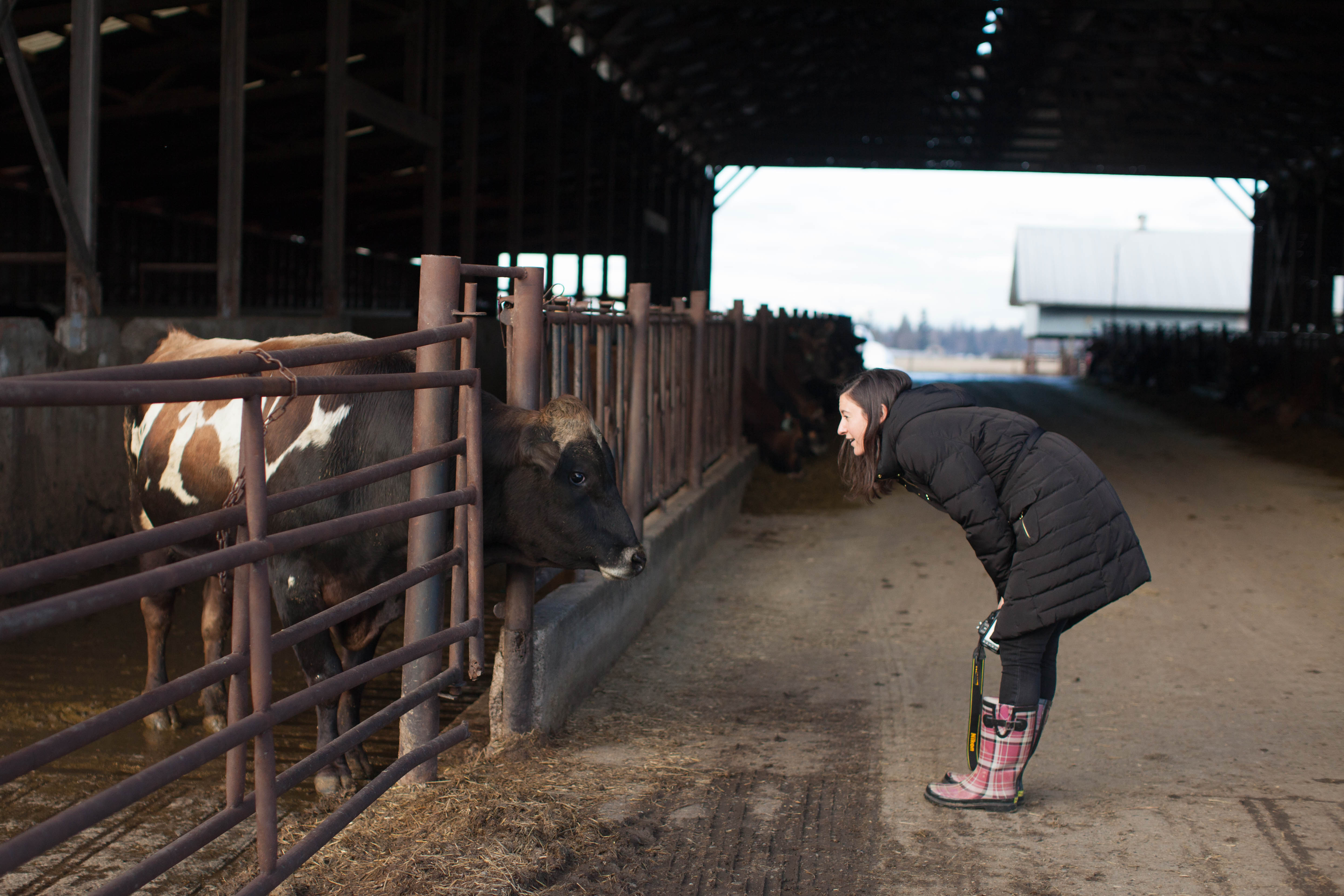 In the wake of last November’s midterm elections, the Washington state political map is more divided than ever. Democratic gains in legislative districts saw many suburban Republicans lose their seats. King County, for example, has no GOP representative from a legislative district wholly contained within the county.

Pollster Stuart Elway has pointed out that in his surveys of voter attitudes, the East-West Cascade divide is really more of a rural-urban divide. Eastern Washington cities like Spokane tend to vote more like Seattle, despite being in the middle of red rural areas. In Western Washington, many rural areas that used to vote Democratic have been leaning more Republican in recent years. Southwestern coastal Washington, for example, used to be a Democratic stronghold, but backed Donald Trump in 2016.

I have long thought that the urban-rural divide is exacerbated by the focus of our two political parties. Back in the 1960s and ’70s, the GOP in Seattle used to be a force for urbanization and reform. Republican politicians promoted mass transit, urban growth, open government and preservation of open space. It was two Republican members of the Seattle City Council, John Miller and Bruce Chapman, who created the P-Patch community gardening program. Republican politicians and voters are virtually nonexistent in Seattle today, in part because party priorities and bases have changed.

Likewise, the state used to have Democrats who represented rural areas. Two examples: From 1989 to 1995, the speaker of the U.S. House was Tom Foley, the Spokane Democrat who represented much of the eastern part of the state. In the mid-1990s, when now Gov. Jay Inslee was first elected to Congress, he represented Central Washington’s 4th District, incorporating what are now some of the state’s reddest counties. That is unthinkable today.

Much of the infrastructure of the state’s rural areas — electricity, irrigation, roads, bridges and dams — came about as the result of the New Deal and improvement projects pushed by Democrats.

Part of what’s going on today is the sorting of people. In the era of Donald Trump, Democrats have become the party of college-educated urban and suburban voters; by comparison, rural voters tend to be white and not college-educated. Rural voters, according to Elway, tend to see urban areas as sucking up too many resources. They hold this view even though urban dwellers generally contribute more in taxes in support of rural areas than they receive in return. For example, Puget Sound-area taxpayers are bearing the brunt of funding the McCleary education reforms that greatly benefit less affluent rural communities.

Fueling the current divide, I think, is the way the two parties have gravitated away from policies that benefit areas beyond where their respective support is. What are the GOP policies that benefit cities? Republicans are largely no-shows these days when it comes to urban development, sustainability, transportation and equity. And the Democrats, who dominate statewide offices and now control the state Legislature, have often neglected rural areas.

Yet urban, suburban and rural regions need each other if we’re going to have a well-run state. Prosperous urban areas have a responsibility to lift up our neighbors in cities and outside of city boundaries. Areas of common and bipartisan interest should include agriculture — buying local to support the farmers who sell at your neighborhood farmers market; paying more attention to the protection of ag lands; and backing balanced policies that can help farmers thrive, like those promoting foreign trade. 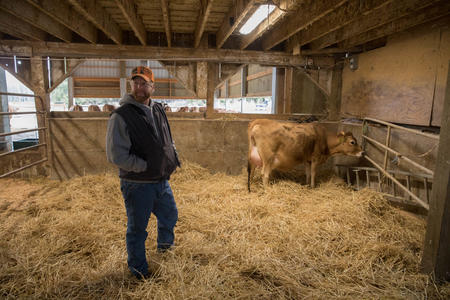 In Washington’s Whatcom County, farmers have much to say about the urban-rural divide. 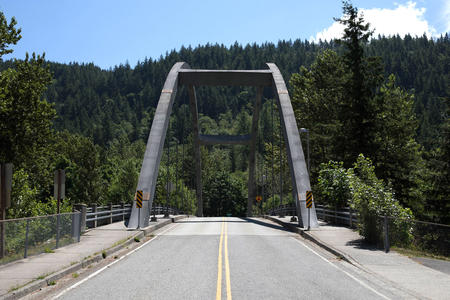 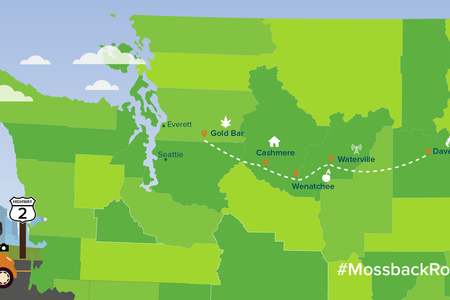 We sent Mossback columnist Knute Berger and photographer Matt Mills McKnight on a road trip along historic Highway 2 to reconnect with the state beyond Puget Sound.

More awareness of the connections between modern agriculture and technology is another area that could offer benefits to urban and rural dwellers. I’ve visited dairy farms in Whatcom County’s Nooksack Valley that have laser-guided milking machines for pasture-grazing cows. I’ve seen the amazing, high-speed sorting machines in the fruit-packing plants of Wenatchee. I think public awareness of what it takes — from innovation to investment — to keep us fed would help us get over the notion that agricultural work is outdated, when, in fact, many family farms are surviving because of technology. A tech town like Seattle should be more in touch with this.

In that vein, the state Legislature needs to make more progress on high-speed broadband internet access for all communities in rural Washington. According to state Sen. John McCoy, D-Tulalip, as many as 200,000 Washingtonians don’t have broadband access, and 400,000 have only a single provider. More access, especially public access, could be a game changer with statewide implications. This would allow for increased access to information, greater ability to market local products and businesses, improved health care delivery with virtual visits and more educational opportunities in areas where this access is rationed or limited by geography. It would expand opportunities for business location and help existing rural areas to redevelop Main Street business communities. It is moving forward, and Inslee is a booster. “Broadband is the single most important economic development tool we have …,” he says.

More funding for state tourism would be another benefit for rural residents. Washington is the only state that does not have a state-funded tourism program. More state tourism spending and coordination would benefit rural areas with scenic and recreational opportunities, boost agritourism with new infrastructure (signage, maps, hotels) and help tribal communities display their heritage, according to a five-year marketing plan proposed in 2018 by the Washington Tourism Alliance, a private nonprofit representing the tourism industry.

Urban and rural folks may disagree about guns, taxes and other issues, but our combined strengths are an asset. Bridging the partisan divide is a worthy goal if it has practical benefits for all, and the Democrats, being in the majority, have a real opportunity to construct that bridge.

Editor's note: This article originally appeared in the Feburary 2019 edition of Seattle Magazine.

In Washington’s Whatcom County, farmers have much to say about the urban-rural divide.

We sent Mossback columnist Knute Berger and photographer Matt Mills McKnight on a road trip along historic Highway 2 to reconnect with the state beyond Puget Sound.