Coal. It’s a word that evokes deeper emotional responses than one might expect from an inert chunk of old plant matter. And depending on who you are, or when you lived, it could mean different things. To some rural populations, it is a livelihood. To those concerned about climate change, it represents planetary death. The latter oppose coal trains, coal ports and the use of fossil fuels in Washington. They call for bans, divestments and eventually weaning ourselves off of the fossil fuel

That is the general discussion around coal in Seattle. Yet one thing is forgotten: Seattle used to be a major coal port — the biggest in the Pacific Northwest — and the biggest supplier of coal on the West Coast. You’ve likely heard that we made our reputation on timber, but in the late 19th century, coal was king in King County.

Coal was discovered in the region as far back as the Hudson’s Bay Company, and by the mid-19th century, deposits had been located around Centralia, eastern Pierce and King counties, Bellingham, Nanaimo on Vancouver Island and Roslyn in the Cascades. Enough to be commercially viable.

Those coal deposits got their start about 50 million years ago, geologists say, when our region was a flat, boggy place. The climate was subtropical and swampy, not unlike Central Florida, and what is now the Puget Sound area was a vast delta where plant materials were deposited, not unlike the Mississippi Delta. The result was a lot of organic material that over millions of years ended up buried underground, compressed and slowly turned into coal. Geologic forces uplifted some of this over more millions of years to be near the surface.

Starting in the 1860s here, efforts were made to get that coal out of the ground. A Seattle newspaper in the 1863 described the town as being struck with “coal fever,” long before the Klondike gold rush. Soon, Seattle became the chief supplier of coal to San Francisco. Coal shipped from Elliott Bay was used to power trains and steamships; it was turned into gas that could light cities and homes. 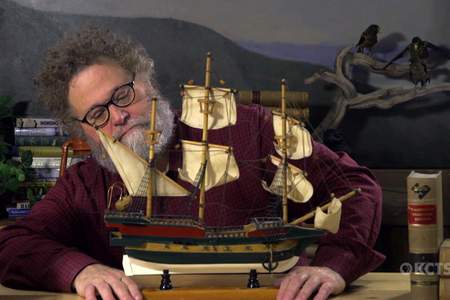 326-year-old beeswax is washing up on Oregon beaches

This ancient shipwreck may have caused the first-ever contact between Europeans and Northwest indigenous peoples. 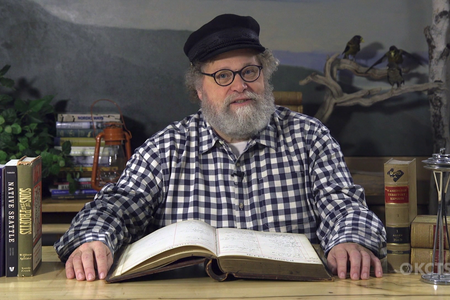 The adventures of Mark Twain in Seattle

The story of the famed American writer's only visit to the Pacific Northwest.

Moving coal from the mines — in the area around Issaquah and mining towns that became known by coal-related names like Black Diamond, Newcastle and Coal Creek — was tricky. With our hilly and water-filled terrain, coal had to be hauled to and across Lake Washington, then transferred to Lake Union overland at Montlake (this was before the ship canal and the Montlake cut), then hauled from South Lake Union to the waterfront near the foot of Pike Street for shipping. This was done with barges, horses, mules and manpower at first. But in the early 1870s, Seattle got its first train, a little narrow-gauge steam train that hauled coal in wooden cars to the docks. Seattle’s first locomotive was nicknamed “the Ant” for its small size and the tens of tons of coal that the little engine hauled.

There was a lot of coal and a big market for it. Between 1870 and 1880, the mines near Seattle exported more than 500,000 tons. Over their entire lifetimes, the mines would produce tens of millions of tons of coal.

As the coal moved, the city’s prosperity grew: the population increased and railroads expanded. Seattle’s first major rail line ran between Seattle and Renton to facilitate moving coal without the need for lake barges. Expanded networks of wagon roads followed, giving Seattle more access to the resources and agricultural potential of the Puget Sound region. Some boosters called the area the “Pennsylvania of the West.” Puget Sound towns like Everett, Kirkland and Tacoma aspired to be “Pittsburghs of the West,” hoping to generate steel in mills fueled with Cascade coal.

The coal boom lasted from roughly the 1870s into the 1920s, when declining demand for coal made the mines unprofitable. Diesel engines, gasoline and hydropower took their toll. Still, many homes in Seattle were heated by coal. My grandparents’ house, built in the 1920s in Mount Baker, had a giant coal room in the basement to feed the furnace. In some places coal mining lingered even into the 1960s. Today at least one company is interested in reopening a mine near Black Diamond.

There are reminders of King Coal all around us. The last major coal gas refinery was converted into a park — Gasworks Park — and some of its works were kept in place, a visible and landmark sculpture on the city’s skyline. An entire coal train being barged across Lake Washington in 1875 was caught in a January storm and sank. The still-filled coal cars sit deep down on the lake bottom off Mercer Island.

Coal mining could be a dangerous business. Brutal work conditions, underground explosions and mine collapses were an ongoing hazard and took many lives. Also labor strife and racial violence against black and Chinese workers took place, too. There was nothing easy about coal mining.

Seattle’s coal mining history is still with us. Though the mines are now shuttered and we long ago started the transition to cleaner fuels, the city that coal built remains. And so, too, do the unintended consequences of extracting and burning all that coal.

326-year-old beeswax is washing up on Oregon beaches

This ancient shipwreck may have caused the first-ever contact between Europeans and Northwest indigenous peoples.

The adventures of Mark Twain in Seattle

The story of the famed American writer's only visit to the Pacific Northwest.