Why it's wrong to lump Asian Americans with whites 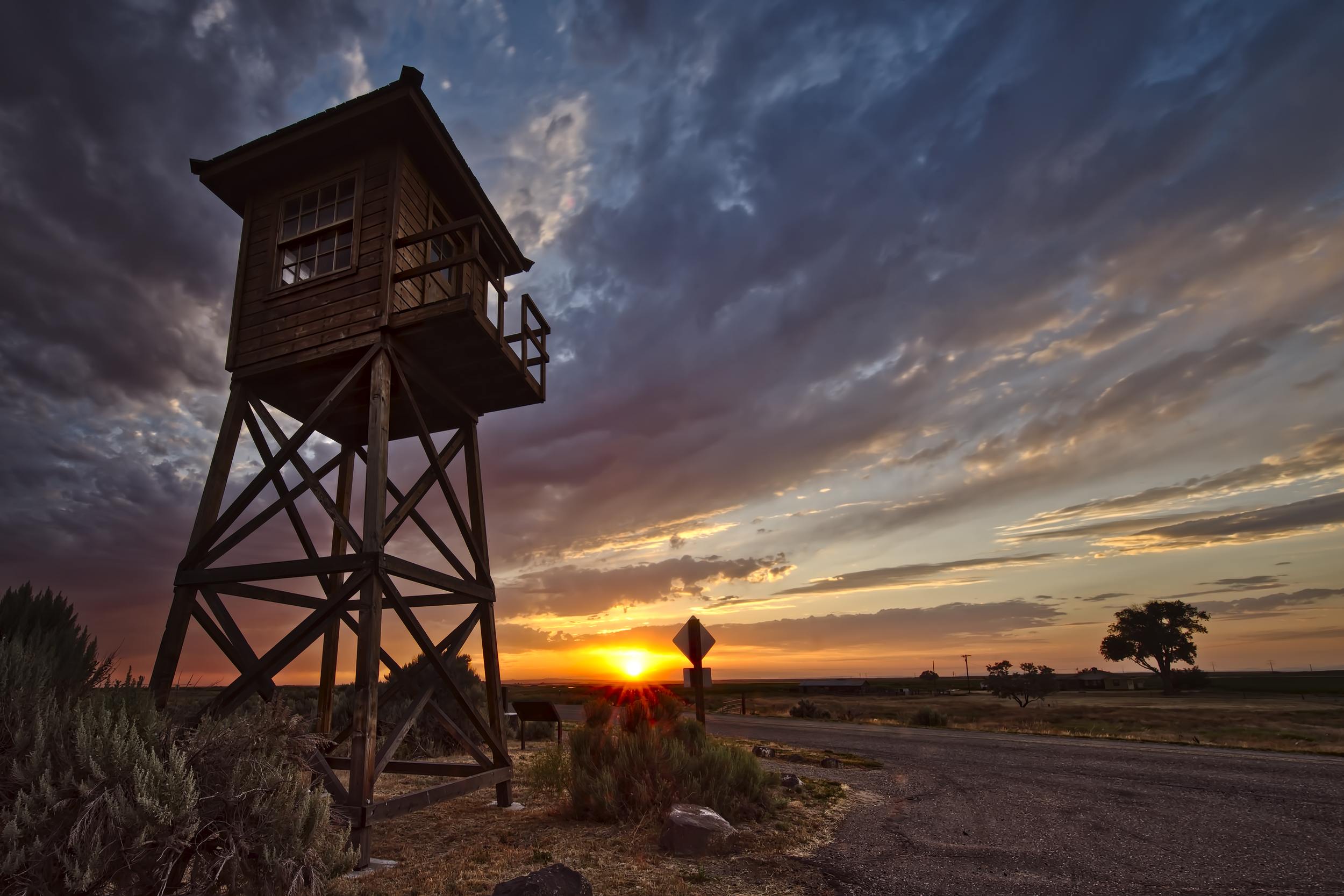 The sun sets on a guard tower at the Minidoka National Historic Site in Idaho, where a vast majority of people of Japanese descent were incarcerated during World War II. Many of those imprisoned were from Seattle. (Photo by Glenn Nelson)

In the late 1950s, Mike Ishii’s parents were one of the first nonwhite families to move into a previously all-white neighborhood near Sea-Tac Airport. They were as welcome as norovirus. Their neighbors plotted to drive them out. They found “Kill the Japs” spray-painted on the street in front of their house, and their windows were shot out with BB guns.

On Saturday, Ishii will be in Dilley, about 100 miles south of San Antonio, to join other Japanese Americans in a protest at the South Texas Family Residential Center, where mostly Central American women and children seeking political asylum are being detained. Ishii, who now lives in New York City, recently has worked against the separation of migrant families, as well as against the Trump-proposed Muslim ban. His efforts have been fueled by the history of his own family, which was forcibly removed at the outbreak of World War II to the Japanese concentration camp at Minidoka, in a desolate corner of south-central Idaho.

Given his picked-upon past and activist present, Ishii would not claim social, political or economic alignment with this country’s white mainstream. Then again, he is not surprised that other races see him and other Asian Americans that way.

“Asians are not from white cultures and we have experienced horrific racism by any standards, especially when viewed globally,” Ishii wrote in an email. “But we are often viewed as privileged servants and allies to white society.” This dynamic is used to create disunity among minority groups as a way of maintaining the status quo of white-dominated society, Ishii added.

Maybe because, like Ishii, I am a Japanese American who grew up in Seattle, I’m taken aback by the debate over whether the "Japs," "chinks," "flips" and "gooks" of this country’s ugly racial history — a “Yellow Peril” now also flavored by South Asians — should be considered people of color, lumped in with Blacks, Latinx and Native Americans. I was flabbergasted while watching the national Showtime talk show, Desus and Mero, turn into a discussion of an inevitable race war in the U.S. While interviewing the rapper Vince Staples, co-host Desus Nice, who is Jamaican American, dropped this: “ … push come to shove, people pick their allegiances very quickly.  And the Asians already was, ‘Yo, we banging with the white people.’ ”

This declaration was made, and agreed upon, as casually and assumedly on point as if they were proffering that bananas were yellow on the outside but white on the inside. It filled me with the kind of dread that churned my stomach when I viewed Crazy Rich Asians, a film for which I had high hopes but to which I could not much relate. I worried that everyone would see us that way; Asian Americans have the highest median income of any racial group in the U.S., including whites, but also has the largest income disparity, with the top 10 percent making 10.7 times the income of the bottom 10 percent of Asian Americans.

The whitening of Asian America is not racial or cultural, of course, but economically based. Asian Americans, for example, recently have been lumped with whites in high-profile, reverse-discrimination suits against Harvard University and Google. Still, the mantle of “model minority” has felt more like an albatross to many of us. Although triggered to a point by culture, assimilation has been as much a defense mechanism for  Japanese Americans in response to the World War II concentration camps and for other Asian groups reacting to immigration bans and other mistreatment. My own perspective is colored by an entire lifetime in Seattle spent south of the Chinatown-International District, where the people and experiences have been decidedly multiracial.

“It's time for Asians to also understand and own up to the role that we have often been offered and bribed to play in exchange for access in white society,” Ishii said. “When we don't align our interests with all other people of color being targeted by racism and instead accept privilege and opportunities not available to other communities of color — this is a form of internalized racism and opportunism. This dynamic often overshadows our experiences of racism in the eyes of the Black and Brown communities.”

Having lived on the East Coast for decades, Ishii has been exposed to the pervasive perspective of race in this country — as Black vs. white — that often is missing in Seattle. Erin Shigaki, whose family was also incarcerated at Minidoka, is a socially active artist here whose causes include #BlackLivesMatter. She says she identifies as a person of color, but when she was working for a nonprofit in Washington, D.C., during the 1990s, a Black co-worker made a comment about white people, then added, “No offense, though, Erin.”

“I was stunned, floored,” said Shigaki, who helped design posters for this weekend’s Dilley protest. “Didn't say a word. But stewed about it, and obviously still remember the feeling — outrage, embarrassment, and also confusion.”

Stanley Shikuma serves on the board of the Seattle chapter of the Japanese American Citizens League (JACL) and helped organize a multicity Tsuru (crane) for Solidarity origami folding event to support the Dilley protest. Seattle participants alone sent more than 10,000 cranes to protest organizers. Shikuma is a third-generation Japanese American whose family was incarcerated during the war. But he also grew up in Watsonville, California, and says Seattleites often overlook the role of demographics in shaping the multiracial alliances and viewpoints here.

“Seattle has a history of being a very white town with a strong streak of racism,” Shikuma wrote in an email. “Having small [communities of color], it made sense to band together. This is different than some places where one group (Blacks in Chicago, Latinos in Los Angeles) had enough numbers that they could push issues on their own.”

This weekend, Mike Ishii and many other Japanese Americans will begin their Texas visit in Crystal City, where some 4,000 were held during the war at the Enemy Alien Detention Center. Because of the camp experience, Japanese Americans across the country are assuming some primacy in the outrage over bans, mass detention and separation of migrant Black and Brown families. The slogans of this ongoing protest are echoes from our past: #NeverAgainIsNow and #StopRepeatingHistory.

I might add one more, because Desus Nice just might be correct about having to choose sides, albeit, I would assert, in a different, race-based war — the one against inequity, historic oppression and pitting us against each other: #WeAintBangingWithWhiteSupremacy.