A last-minute attempt to pull funding from agencies that run safe-injection sites is complicating things in Olympia. 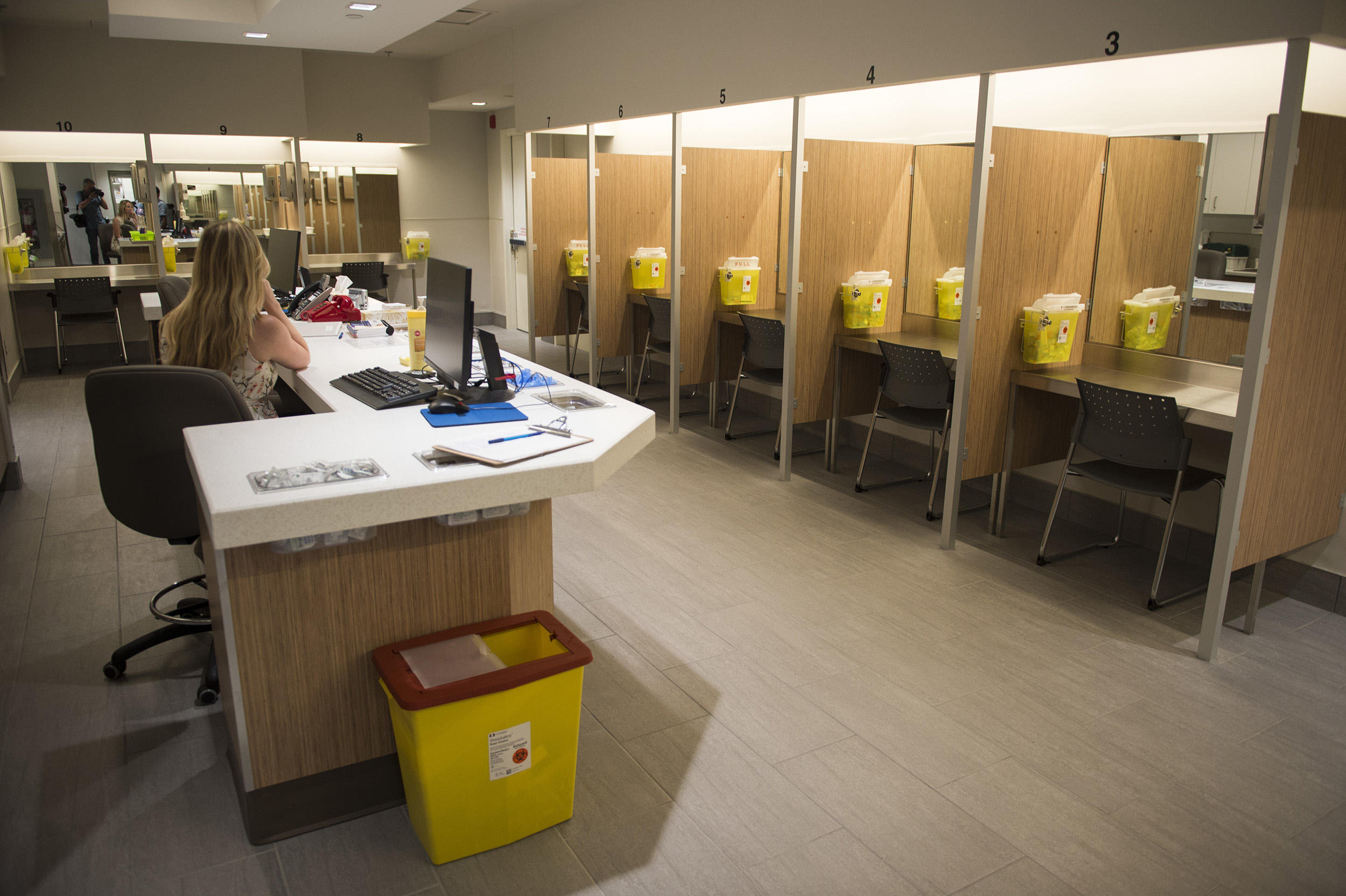 A plan to improve opioid treatment throughout Washington state has suddenly become more controversial. After being amended on the House floor this week, the legislation — long sought by Gov. Jay Inslee — would threaten public-health funding for agencies that open supervised injection sites for the use of illegal drugs.

The Republican-sponsored amendment appears specifically targeted at Seattle, which has budgeted $1.5 million so far to open an injection site.

The new language in the bill could pose a political challenge for Democrats in swing districts, essentially forcing them to take a position on the operations, also known as safe consumption sites, which have proven contentious in recent years. Should the amended language remain in the bill, Inslee could also face pressure to veto that section — an action that could be seen as his signaling support for safe injection sites as he actively campaigns for president.

The amendment to the legislation, which a third of House Democrats supported, now heads back to the state Senate for final approval.

State Rep. Drew Stokesbary, R-Auburn, said he proposed the change to get his colleagues to finally address the issue of whether safe injection sites are good policy or not.

“If it’s true that these really are a necessary part of an opioid response plan, then it should be easy for these amendments to be voted down,” Stokesbary said Monday, the day before his amendment passed on the House floor. “But we’ve got to have the debate on whether they are a good idea or not in the first place.”

Democrats working on the bill, however, have a different take on what Stokesbary's amendment was really about.

“We know it was a political thing to just try to get their next hit piece for the campaign trail,” said state Rep. Eileen Cody, D-Seattle, who chairs the House Health Care & Wellness Committee.

Alternatively, “What he’s basically trying to do is stop them from doing a safe injection site,” Cody said, referring to the plans in Seattle.

Even debating the issue of safe consumption sites has proved challenging for Washington lawmakers in the past. A similar opioid bill sought by Inslee’s office didn’t advance last year. Part of that was because of the threat of a safe-injection site amendment being tacked onto it, which could have prompted legislators to have to go on the record about how they feel about the sites — or at least forced a prolonged debate, which could have derailed other priority legislation.

In 2016, leaders from King County and Seattle were the first representatives of a major U.S. metropolitan area to formally recommend opening safe consumption sites. The cities of Federal Way, Bellevue, Renton, Kent and Auburn have responded by passing ordinances banning such facilities. But even amid a threat of a lawsuit, some Seattle officials have said they plan to forge ahead with one.

Senate Bill 5380, the governor’s opioid bill, includes several policy changes, including measures to encourage more medication-assisted treatment options to address opioid addiction. As amended by the House on Tuesday, however, it now also specifies the state Health Care Authority “may not partner with any agency that supervises the injection of illicit drugs."

Should Seattle or King County move forward with a supervised injection site, that language would endanger some of the public-health funding those jurisdictions receive, Cody said.

As of Thursday, it remained unclear exactly how much funding could be at risk. The governor’s office, the Health Care Authority and Public Health – Seattle & King County all said they were still analyzing the potential effects of the amendment.

Until Tuesday’s floor amendment, Cody said the original legislation had "been a totally bipartisan bill, and we worked together on it.”

Stokesbary agreed that the bill contains good policies that he and his GOP colleagues think are important. He said his goal is to ensure that, as the state addresses the opioid crisis, "all resources go toward treatment, instead of some toward treatment and some toward injection sites."

In recent years, Republican legislative candidates or their supporters often have criticized safe-injection sites as an extreme policy coming out of Seattle. Efforts to link Democrats from other districts to the city and safe-injection sites have been known to pop up on the campaign trail, along with criticism of Seattle's socialist City Council member, Kshama Sawant.

Democrats control both chambers of the Legislature. But even in the House, where Democrats have a comfortable 57-41 majority, Stokesbary's amendment stuck after receiving 19 Democratic votes.

So what’s next? Cody said she expects the bill will go to a conference committee for further negotiations, during which she hopes to have the safe-injection site amendment stripped out.

If that doesn’t work and the Senate ends up approving Stokesbary’s amendment, Cody said she will ask Inslee to veto that section of the bill.

Jaime Smith, a spokeswoman for the governor's office, said Inslee hasn't thoroughly reviewed the amendment yet. She said she couldn't speculate what action the governor might take if the amended version of the bill reaches his desk.

Lawmakers don’t have much time to work out their differences. The current 105-day legislative session is scheduled to adjourn April 28, a little over a week from now.

If lawmakers don't convene an overtime session, they aren’t expected to return to Olympia until January.