This interview has been lightly edited for clarity.

I was born in Nairobi, Kenya. The electrical grid was not very reliable. The power used to go off quite a bit. And I remember visiting my relatives — up country, especially when I was not in the city — there was no electricity there. So we'd use batteries for [flashlights], just to get light. I'd have light in my grandma's [home] in a little village, in my little room where I was sleeping at night. It was sad to see all the bad batteries die and finally it was pitch black, and I’m like, dang it, you know?

Being a city kid, being in these places where once the sun was down, it was pitch black. It used to trip me out. So I'd bring these batteries with me from the city with little bulbs in them, just to create light. That's kind of where my passion for it originated from.

I had a very engineering, mechanical brain. I was constantly curious about how things worked. Like if something had moving parts, I was trying to look at gears. I was constantly trying to open things up to see like, hey, where's this sound coming from?

My first experience with solar was from small digital calculators, which have a solar panel in them. As a child, it was always intriguing for me that the charge — that it was actually functioning, making this little piece of equipment work.

Being one of those kids who was always tinkering with my mom's radio, bicycles, I was very hands-on. I used to try and pull those little solar panels off calculators and string them together to try and charge batteries. I acquired maybe an old car battery ... or just regular batteries, and I'd power them up together to get more power out of them, and hook up the wires to try and run radios and stuff like that. Just from that hustle of ... trying to keep the lights on, I learned about it. And because it's very community-oriented there, it was very common for my mom to send me up country to help my grandparents at their farm.

In the main town there was a radio repair guy who had a solar panel. People would bring their car batteries on bicycles from miles and miles away and he'd charge them with the solar panel, and then they'd take them back.

Fast forward, in the States, I worked with electricity. I worked with the city of Seattle, got some skills from it and pretty much just ventured out into the field installing solar panels.

The city of Seattle employed me for maintaining mechanical bridges, draw bridges [for the Department of Transportation]. It wasn't what I studied in university — originally, I was a communications student. With the city of Seattle, they put me through the training, and I got exposed to a lot of high voltage power and mechanical gears. I'd also worked for a general contractor prior to that. So there was a lot of great mentorship from that in terms of using tools, building and being able to build a house and running electrical wires.

About five years into working for the city, on the side I was still doing solar projects on weekends on my friends' houses. That's what I started with. It was my last couple years with the city of Seattle, about eight years ago, [doing solar projects in] really small backyards — I have panels in my yard, I have like, my emergency backup system so I have some car batteries plugged in.

I had my big realization once I was hands-on doing it, project after project, running my own crew like a project lead. I was physically up on the roofs doing all the work, and I realized that we're solar powering homes in Seattle, Washington. It was just this big realization like, “Hey, I need to get on this.”

Then, when I quit my job,  I felt like it was just time that I was the captain of my own pirate ship. And Sphere Solar Energy has been in business for four years now, based out of Lake City. We do specialized and residential solar and commercial solar. I have probably three different crews of electricians that install systems and each crew can be about three to four people. I do a lot of system designs, proposals for customers, site assessments and designing — [which] entails seeing what the home's energy consumption is, assessing the roof site to determine if it's a good location for solar, designing a suitable system to be installed on there, and giving those instructions to the project manager.

What we're mostly doing with [our nonprofit] division is training and education. We brought in some kids from the Lake City Young Leaders program to job shadow because I strongly feel that there's a lot of future in our solar energy. If kids in the community can get a little bit of exposure to how solar works, how to work with it, I feel it could be possible as a promising future career for them. I realize for the most part, the information is not there. People are not quite educated on how solar works here. 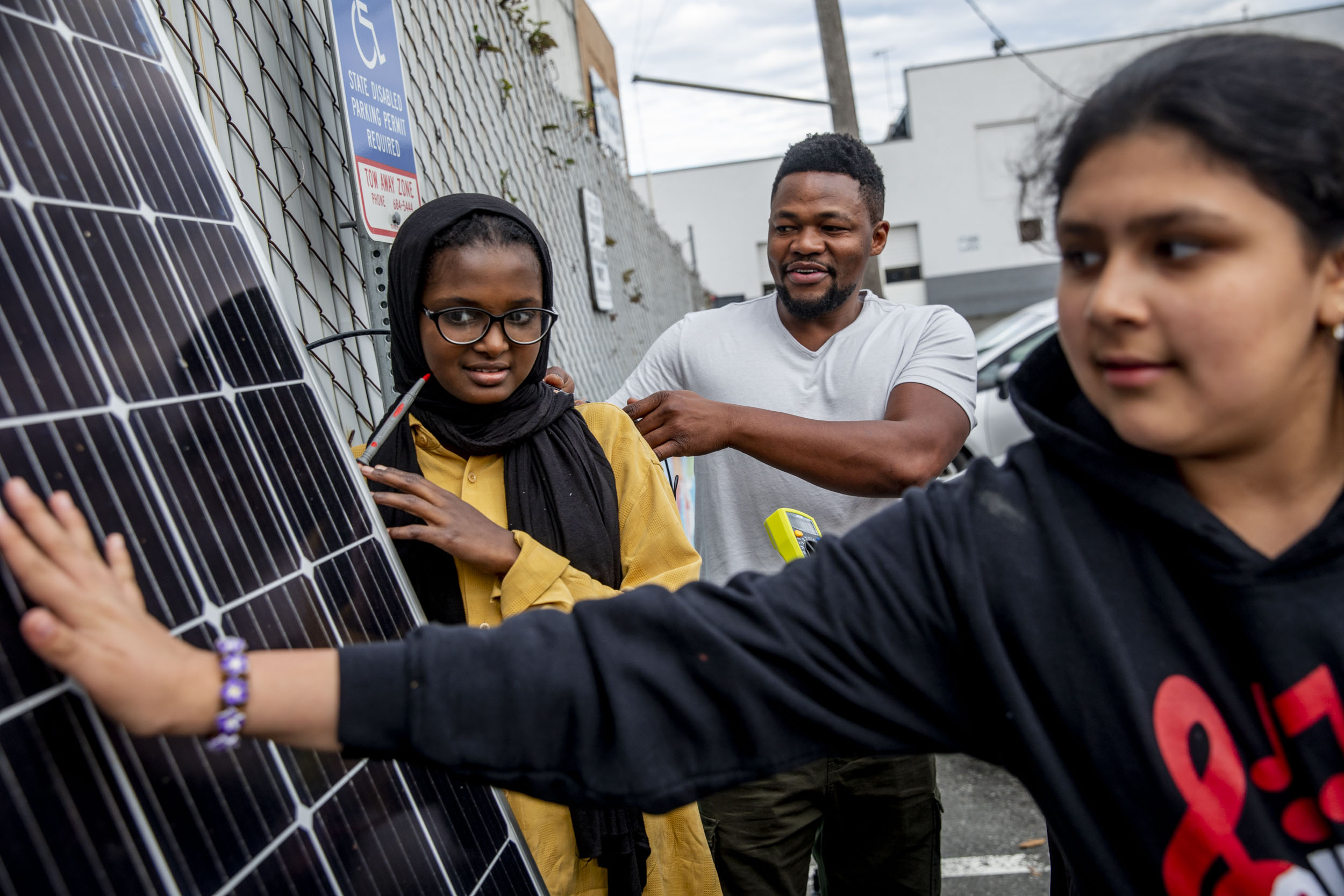 Edwin Ngugi Wanji, center, teaches a group of kids from the Lake City Young Leaders program about how to work a solar panel, at the Lake City Community Center on April 1. (Photo by Dorothy Edwards/Crosscut)

Edwin Ngugi Wanji, center, teaches a group of kids from the Lake City Young Leaders program about how to work a solar panel, at the Lake City Community Center on April 1. (Photo by Dorothy Edwards/Crosscut)

We have three [international] projects that we're looking at. One is in Kenya, and that's for pumping water from a river to a boarding school. Then we've got a school in Haiti, an elementary school that I'd love to put a solar system on. And I'm working with another group in Haiti, this space in Port-au-Prince where young entrepreneurs can meet and have access to computers, networks, whatever. Again due to the power outages there, we're trying to get something set up for them. And then, of course, there's the Puerto Rico project, which I'm working on with [my partner in Solarize Puerto Rico] Mark Mendez. We're actually going there in May. That's on a school.

For a lot of this, we're focusing on resilience. If there is another hurricane, these places can be not only just a school, but a relief center where they can have power for communication. We're trying to make these places where we’re implementing solar so that not only is it going to help one individual, but the school at large and the parents and the community at large, and the parents can use the spaces during outages.

Having been on the other side of things, being able to actually do something even as a very small company made me make it a point that once a year we need to be able to give back to our communities in a way that is resilient and renewable and going a long way.

I think there's a lot of work to be done with solar accessibility. You look at how much of it has been deployed, yet we're still a ways [to go]. Solar's always been looked at as this expensive, unknown product, you know? I think it’s been huge for me to try to make it accessible and affordable, and getting the information out there, even to folks with homes who are lower income, that it is still a viable option. It's an investment, yes, but it has its paybacks.

Solar is very reliable — it hardly ever breaks down. We've got panels around from the ’70s still working, so you can imagine. There are no moving parts — with wind turbines, you have to grease them, and it might not be a windy day. With solar, you're almost guaranteed that there will be daylight the next morning. So there's that to it. And it's super passive: We already have sitting, idle roofs, why not make them do something? And the fact that there are no emissions to it, I think that's huge. So I think the reliability and low-maintenance aspect of it makes it a really sound form of energy.

Solar in Seattle is a great option. You look at the top two leaders in technology, the first is Germany. Germany's cloudier than Seattle. We have such long spring, summer and fall days. In the summer, those three months, the sun is out and not down until after 8. The way most systems work is during those three seasons,they generate more power than the business or the home actually needs. So that excess from those times in the year is stored in the grid where [homes and businesses] can use it come December and January.

We have homes that are fully solar powered in Seattle. Electricity does not like heat, so there's more resistance to how electricity travels in hotter climates than in a cool climate. [On] a clear winter day here, although it's 20 degrees but sunny, a solar panel could get more power than a 120-degree day in Arizona. Cool is good for electricity.

There's a lot of desire for solar energy in Kenya [now], mostly out of sheer energy savings. I think in some of these countries, the cost for electricity is still very high. This is definitely more accessible and also you're talking about the equator, where you've got really good sunlight, so you're seeing a lot more desire for it.

For a lot of communities there, it's a far-out, out-of-pocket cost. But always, I feel like more education can always be applied there to enable people with information and let them know this is an option.

That's always kind of part of why I've opted to work more with schools. I feel like more children, if they see that, “Oh, our school used to run on solar,” most likely by the time they own their own house or own their own business, it becomes common practice. Like, “Hey, it's there, it worked, so why can't I use it when I'm building a house?” For that generation, it'll be easier to adapt to it versus an older generation, for which certain other sources of energy became the norm: “This is how we do things, and we're sticking with it.” 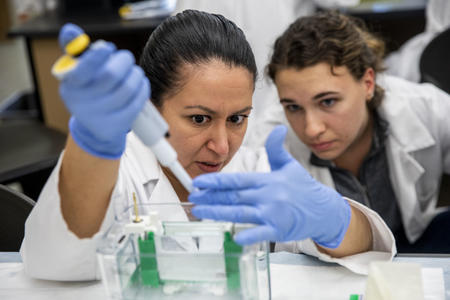 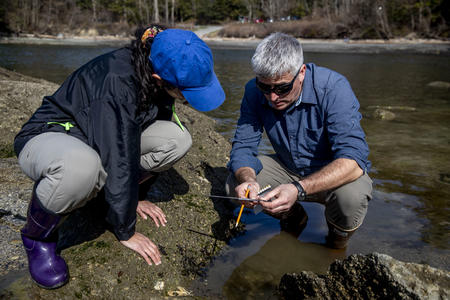 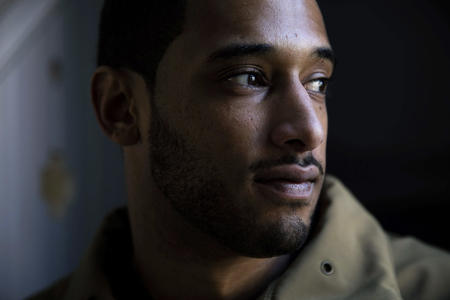 by / March 19
Article continues below