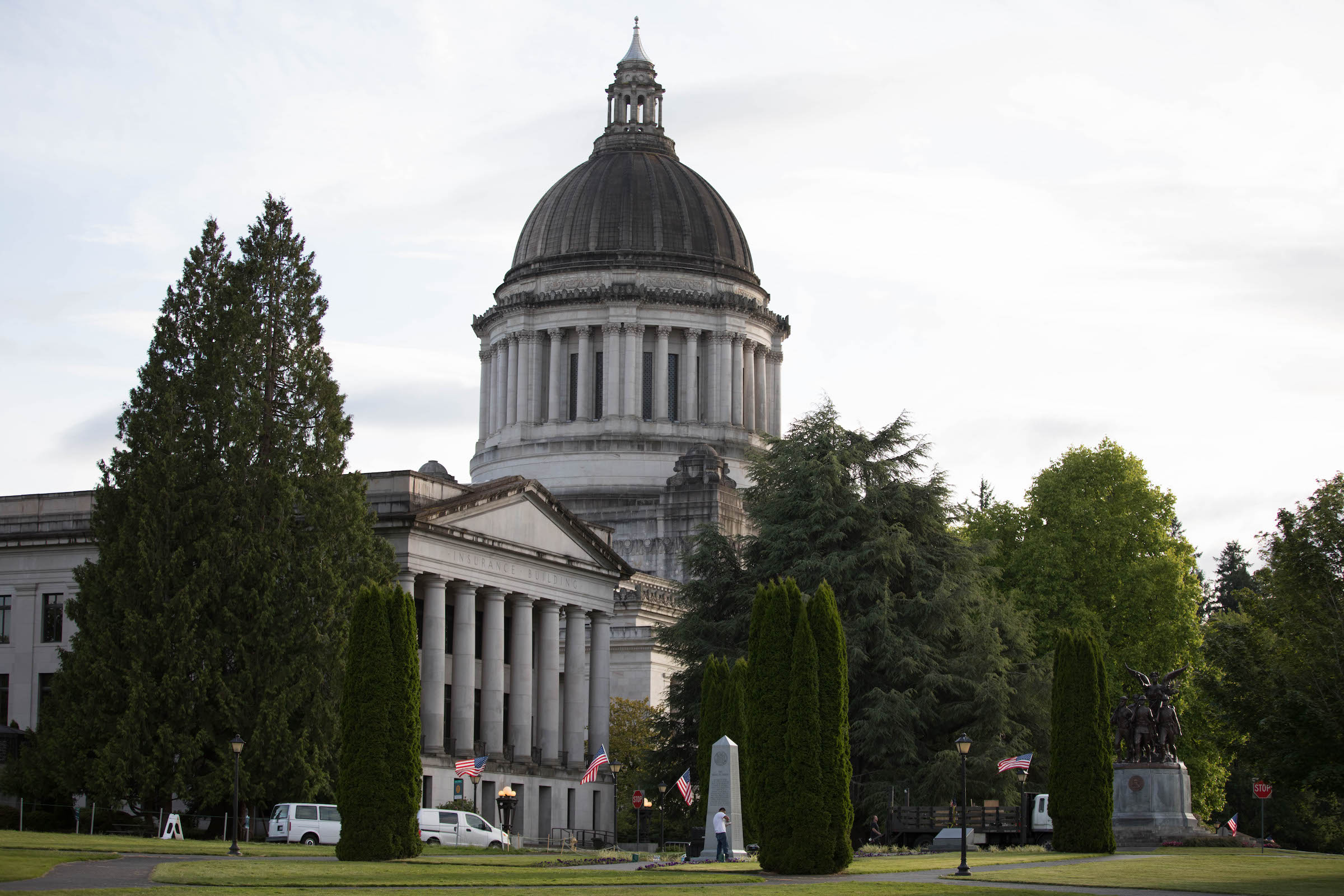 Have you ever heard one of your liberal friends complain about government greed? I haven’t. Corporate greed, yes. After all, a business wants to grow, sometimes at the expense of other values. A strong government is necessary to keep that from happening.

But in the world beyond textbooks, businesses and governments exist first and foremost to serve their customers. For businesses, it’s the people who buy their products or services. If that happens, they make profits that satisfy their investors and shareholders. If they don’t serve their customers, then profits don’t happen, and eventually the business stops happening.

For government, however, when it comes to setting policy, the recipient of a government service is usually not the customer (witness how Seattle spends its money on “homeless policy”). Nor is it the taxpayer. The ultimate customers are usually the interest groups that subsidize campaigns of elected officials and then lobby for their agenda.

Here’s a quick example: public schools. They exist to educate children. If students and their parents were the customer in Olympia, there would be no K-12 teacher tenure, teachers would not be paid largely by seniority, and individual merit would be part of their compensation.

How do I know this? Show me a successful private school, no matter how progressive, that makes it next to impossible to terminate a substandard teacher after three years and pays strictly by seniority. There isn’t one, because it would produce an inferior product. Parents would choose a different school. The school would lose its real customers. In Olympia, priorities are largely shaped by the state teachers union, the Washington Education Association. Different customer; very different priorities.

So what happens when a string of organizations with an interest in more spending and higher taxes team up and successfully elect a clear majority of candidates to office? We are now finding out.

In the past six years, state spending has already soared more than 45 percent — about three times the combined growth of inflation and population. Our much-maligned tax system has generated record tax revenues ­— enough to allow government to grow another 13 percent in the next two years — again, three times the anticipated growth in population and inflation.

But somehow that’s not enough. Democrats controlling the majority demand even higher budgets and expanded programs, all to be financed by additional taxes. Not one tax, but, especially in the House, half a dozen, maybe more.

There will be, if present trends continue, higher taxes on businesses, on home sales, on investment income and up to four separate additional taxes and regulations that drive up the price of gasoline. Plus, possibly authorizing higher local property taxes after the Legislature — at the prompting of the state Supreme Court — slammed the door on that idea just a year ago.

When the government (1) grabs all the unexpected additional money on the table and demands more, (2) creates new taxes and raises existing ones to fatten additional revenue streams and (3) shows virtually zero concern for taxpayers, this is greed. That’s Olympia right now.

The counter to all this, of course, is that the Democrats are building out government only to meet additional demands — demands for more mental health spending, more aid for the developmentally disabled, more special-education spending, more counselors in schools, more money to rebuild hundreds of millions of dollars’ worth of fish culverts because state Attorney General Bob Ferguson came up short at the U.S. Supreme Court, etc.

But there are always demands for more spending. When they happen at the household level and incomes aren’t rising, we usually trim spending in other places. Has anyone in the majority party suggested scrubbing the existing $44.7 billion budget? That is a purely rhetorical question because everyone knows the answer is no.

So here is a question for all good liberals everywhere: How much does the government have to take before you call it greedy?

The immediate response is that the wealthy should pay more because our tax system is unfair to middle class and poor people. That’s why the governor is pushing a capital-gains tax on investments (9.9 percent on investment income over $100,000 per person, hitting about 14,000 people to start). OK, got it. So what tax is he lowering for working-class people as part of this package? None. That’s not reform, it’s an add-on. Seattle played that same game in 2017 when the city passed a progressive income tax in the name of shrinking the tax gap between rich and nonrich households. No tax break for the poor and middle class. Just a hike on the rich. The state Senate budget proposal imposes the same tax as the House, but at least uses part of it to reduce people’s tax burden.

But both versions are as unconstitutional as the Seattle income tax, which similarly argued that it wasn’t a tax on income; it was “really” an excise tax (a sale on a transaction). No dice, ruled Superior Court Judge John Ruhl.  And yet legislators are now reading that same script, comparing a tax on one’s income from the sale of securities or dividends to the sale of a home.

Now, let’s say you buy $500,000 in stock in a company and sell it 15 years later for $2 million. You will be accessed a tax on $1.5 million — the difference between the purchase price and the sales price, which represents income. Small wonder that the Internal Revenue Service has stipulated in writing that a capital-gains tax is “an income tax.”  Jason Mercier of the Washington Policy Center (disclosure: I’m a co-founder and former president) pointed out in last Sunday’s Seattle Times that every state with a capital-gains tax refers to it as an income tax. The state constitution pointedly says such income must be uniformly applied, which neither bill comes close to doing.

So why do the Democratic majorities in both houses press ahead? It’s because they are serving their customers. Some customers, such as unions, want higher taxes for economic reasons. Other customers want them to satisfy political agendas. Legislators will use whatever creative interpretation of the law they can muster, combined with the political muscle required to push them through. They’ll call it leadership.