The tower is an intimidating and unwelcome addition to Rainier Valley, one of the city's most diverse neighborhoods. 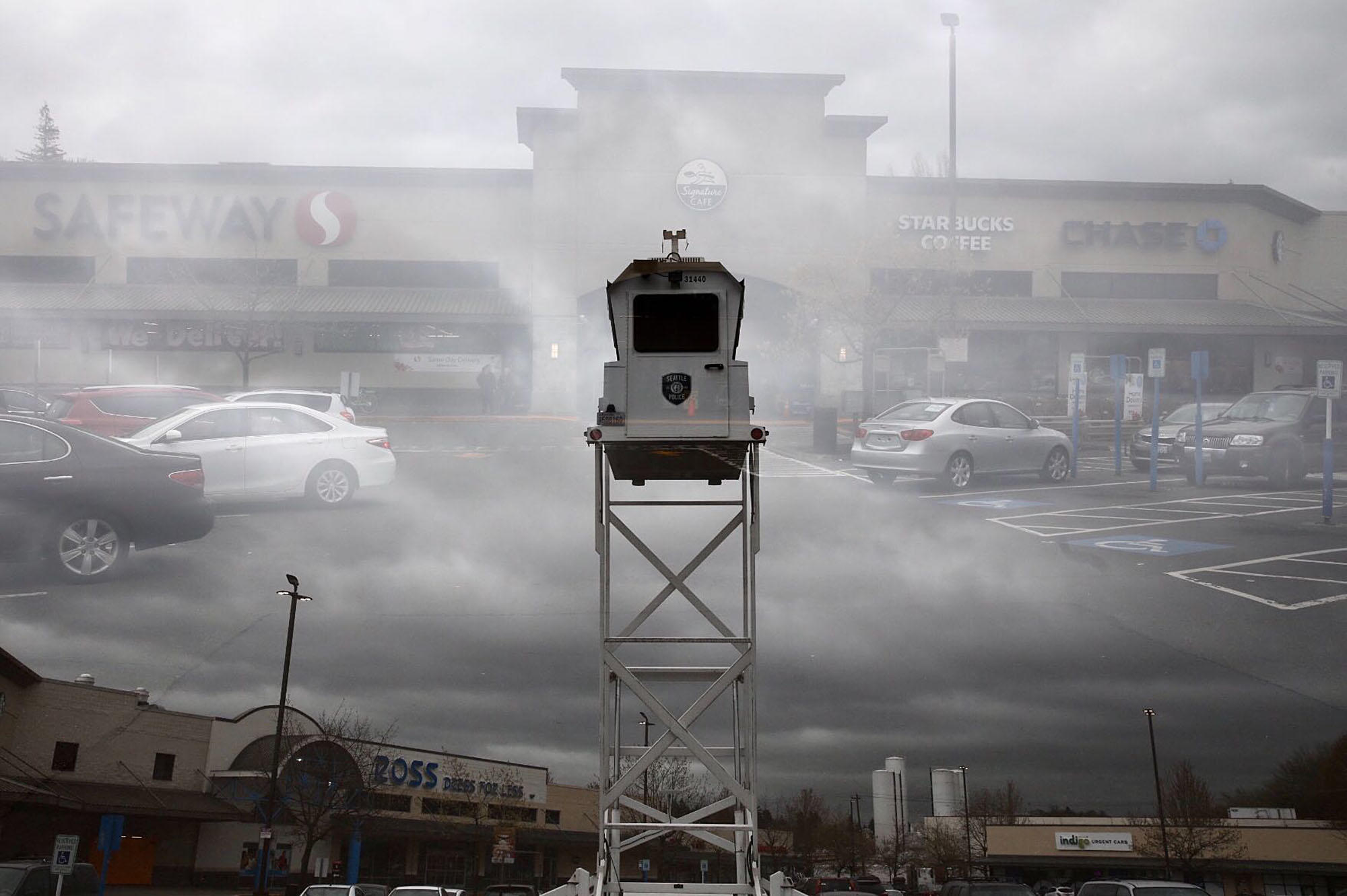 The thing, a steel white cube hoisted two stories into the sky, seems as if it hails from one of the settlements in “The Walking Dead,” the popular zombie apocalypse series. It has all manner of doodads – loudspeakers, cameras, lights – extending from its top. And its windows are tinted in such a way that make you wonder if there is a control panel inside, to which one can Bluetooth a playlist.

The first time I saw anything like it was a month ago in New York City, where such towers have been used by police since 2007. They are becoming as much a  part of the Big Apple milieu as skyscrapers and honking horns. The one I saw, however, was a wooden facsimile in a harrowing piece at the New Museum called “T.P. Reign Bow.” Nari Ward, a Jamaican-born sculptor, had meant it as a commentary about the uneasy relationship between institutions of authority and communities of color in places like Harlem.

The first time I saw one in Seattle was two days ago. It made my heart skip.

It rises above the parking lot in front of Safeway on Rainier Avenue South, near Genesee, at the foot of Columbia City. I lived for years just a few blocks away, by Hawthorne Elementary, which my oldest daughter attended. I thought of the kids there and the signal this sends them.

But that was after thinking immediately about a group of friends in the nearby Mount Baker neighborhood with whom I traveled last summer to the Japanese World War II concentration camp in Tule Lake, California. They all are Japanese Americans whose families were incarcerated during the war, and this tower evokes the ones that loomed over them, machine guns at ready.

Stanley Shikuma, a board member of the Japanese American Citizens League’s Seattle chapter, says the tower at Safeway sends a clear message: “You are being watched. We have you in our sights. And like [at] the camps, the intent is to intimidate rather than protect.”

Sgt. Sean Whitcomb of the Seattle Police Department said the department already is taking such a perspective “very much to heart.” It wants the community to understand why the department’s lone Skywatch Tower is there, starting with, “not to intimidate.”

Police data showed that such activities were under assault at this location. The Safeway at 3820 Rainier Avenue S. ranked No. 1 in the South Precinct in repeat service or 911 calls and No. 9 citywide, Whitcomb said. Most of the calls are for property damage, then shoplifting or robbery. The Safeway had 74 incidents all of last year, according to Whitcomb, and to date this year is up to 123.

The view from the ground doesn’t much differ, according to a very unscientific survey I conducted near the tower yesterday. I talked to 12 people, all but two of them Black, reflecting the flow of customers at the time. A healthy majority (eight) said they liked the increased police presence. Eva Edwards, who had lived in the area for many years, said her old neighborhood “was going to pot.” Elaine McMillon said the tower made her feel “a little safer.” A frequent visitor to this Safeway, she says, "I see things."

Abdul Bayo has lived in the neighborhood for 19 years and offers a dissenting viewpoint, calling the tower “stupid.”

“It’s not that unsafe here,” Bayo said. He and others speculated whether the tower unit was even inhabited; its windows are so heavily obscured, it’s impossible to tell. Whitcomb confirmed that the ambiguity of occupancy was intentional, so the tower could still serve as a deterrent when occasionally unmanned.

Purchased in 2010, the tower is part of a focus on a high-crime area that “has been on our radar for some time,” Whitcomb said. The Skywatch will be supplemented by an increased presence of uniformed and undercover police officers. The object is to reverse the rapidly escalating crime rate at this complex, which also is anchored by a Ross Dress for Less and includes several small businesses.

“So it’s about protecting corporate property and profits, not really about protecting the community,” Shikuma said. “It seems like a tone-deaf response by a police department that has had issues with overpolicing communities of color and racial bias in enforcement.”

In my daily dealings about race, I like to argue that optics are critical. They shape our perspectives and biases, even against ourselves. And the Skywatch tower struggles to pass the eye test.

In the inner city, a tower like this conveys control and surveillance, and a shortcut that bypasses root causes of crime and their difficult solutions. It triggers past traumas for Japanese Americans and other domestic sufferers of mass incarceration, including Blacks and Latinx, as well as the large refugee communities in Southeast Seattle. In a place like New York, towers are thought to avoid a legacy of street-level tension between communities of color and the police, which doesn’t seem as relevant in a place like Seattle, where human collaboration and beat presence don’t have a deep history in battling crime.

Deterrence in a vastly nonwhite part of this city tastes more to me like the Silver Fork Restaurant, which used to be within shouting distance of where the SPD’s dark eye in the sky now sits. The Silver Fork was a place to get hot links, grits, a middling cup of coffee and the company, mostly Black, of your neighbors and community leaders. It made the space feel activated, vibrant and safe, the kind of place you wouldn’t mess with because it was familial.

But Safeway replaced the restaurant with a gas station and convenience kiosk. Several years later, its need for crime-fighting reinforcement seems rather poetic.

With $30M at stake, the mayor and the city council struggle to see eye to eye on where public safety dollars should go.