U.S. Attorney Brian Moran said his office would not allow the sites in Seattle, but at least two city council members want to proceed. 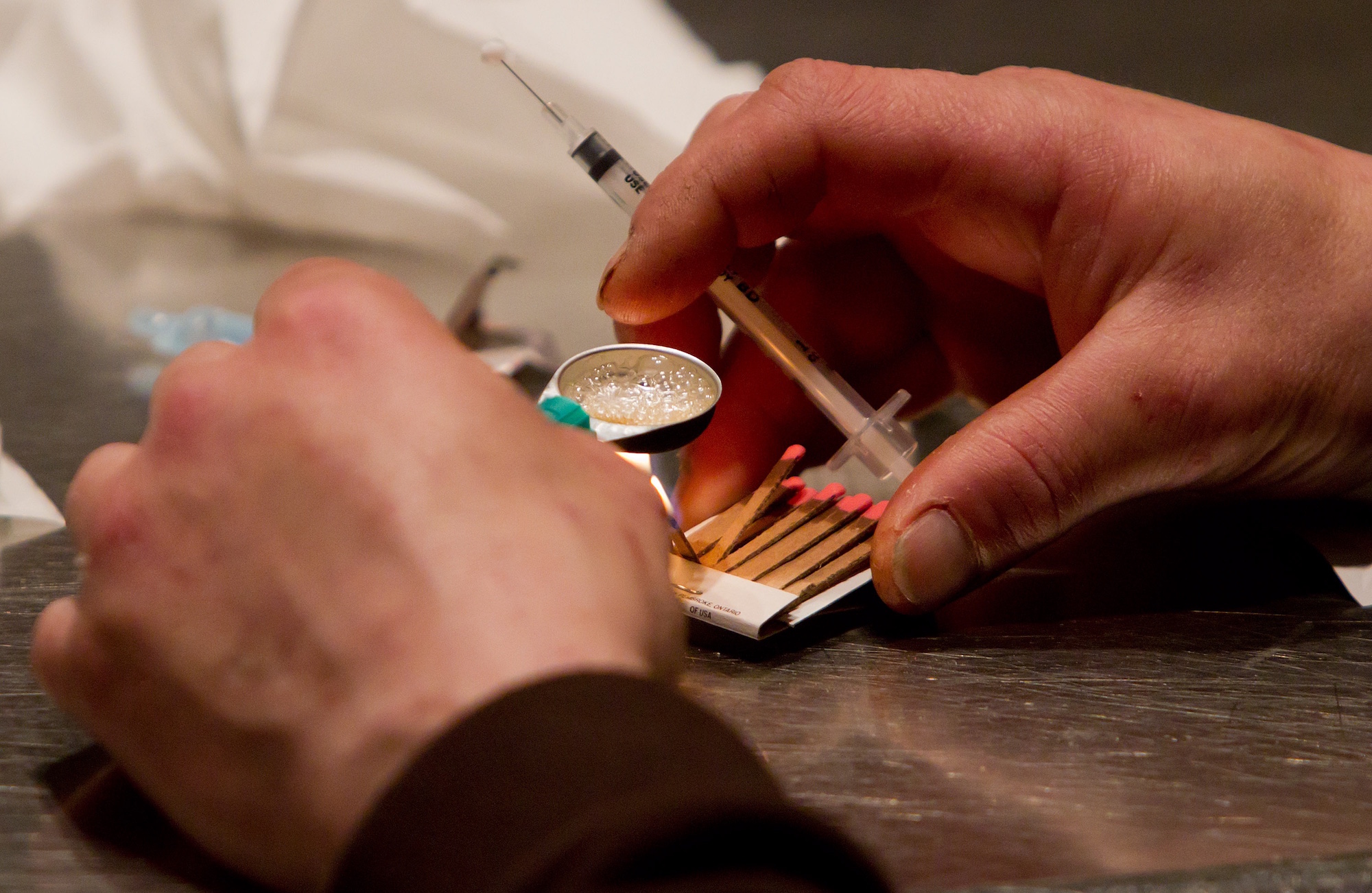 Richard Chenery prepares heroin he bought on the street to be injected at the Insite safe injection clinic in Vancouver, B.C., on May 11, 2011. (Photo by Darryl Dyck/The Canadian Press/Associated Press)

Despite threats of a lawsuit from the new U.S. attorney for Western Washington, at least two members of the Seattle City Council say the city should not abandon its pursuit of a so-called safe consumption site, where people can use illegal drugs under observation.

Councilmember Lorena González echoed her colleague. “The reality is we often times at the city of Seattle push on innovative, progressive, cutting-edge policies, and I don’t think this one is an exception,” she said.

U.S. Attorney Brian Moran — who was nominated last year by President Donald Trump and sworn into office in January — told KUOW on Wednesday that his Seattle-bassed office would not support the city opening a safe consumption site. He drew a parallel to Philadelphia, where the Department of Justice recently sued to stop a nonprofit organization from opening a site.

“I know what the U.S. attorney did in Philadelphia and I think that would be a pretty logical path that we would pursue,” Moran told KUOW.

In the United States, establishing a space for people to use illicit substances, such as heroin, methamphetamine, crack cocaine or even alcohol is the most controversial response to a rising number of drug overdose deaths across the country. In Seattle, those deaths are driven in large part by opioid and methamphetamine use. Last year, there were 398 such deaths in King County.

Although there are more than 100 consumption sites in Europe and Canada, none has been opened in the United States. In 2016, executives from Seattle and King County were the first representatives of a major U.S. metropolitan area to formally recommend opening safe consumption sites. Seattle so far has budgeted $1.5 million to open a site. A specific location hasn’t been proposed.

The cities of Federal Way, Bellevue, Renton, Kent and Auburn have all passed ordinances banning such facilities.

Proponents argue such sites provide a space for people to use drugs in a safer environment. The site or sites would be staffed by people who can offer medical help when necessary and offer resources to people looking to stop using. Studies have shown that overdose deaths largely don't occur inside such facilities.

But opponents have pushed back, saying such sites enable illegal and harmful behavior. “I just don’t believe the federal government should be overseeing injections of substances that we know kill people. That is a bridge too far,” Moran said in the radio interview.

In an interview Thursday, Seattle City Attorney Pete Holmes said he continues to believe the opioid epidemic should be treated as a public health issue and not a criminal justice one. He said experts have said safe consumption sites are part of that strategy.

But he said his role is only to advise on legal strategies and not to decide whether the city should continue to pursue opening a site. “It’s just not my call,” he said. “My job is to try and advise on all of the legal risks.” Holmes declined to say what he would advise the city to do, citing attorney-client privilege.

On the city’s legislative side, however, the response to the U.S. attorney’s remarks were clear.

“From a policymaker’s perspective, I think we need to stay committed to supporting the safe consumption sites,” González said.

Mosqueda and González both added they hoped Moran would change his mind.

“If he studies the issue what he’ll see is that research shows that this approach saves lives. … I hope that this was just an initial reaction from him and that he’ll actually read the studies,” Mosqueda said.

Holmes said the Philadelphia lawsuit will likely dictate how other cities, including Seattle, might move forward on such sites.

Mosqueda said if opening a safe consumption site continues to drag on she’d consider proposing to repurpose the $1.5 million toward other drug prevention efforts. But at the moment, she believes Moran’s statements are “not reason enough to walk away from a proven public health policy.”