Seattle went big on its new $210M power station — but did it need to? 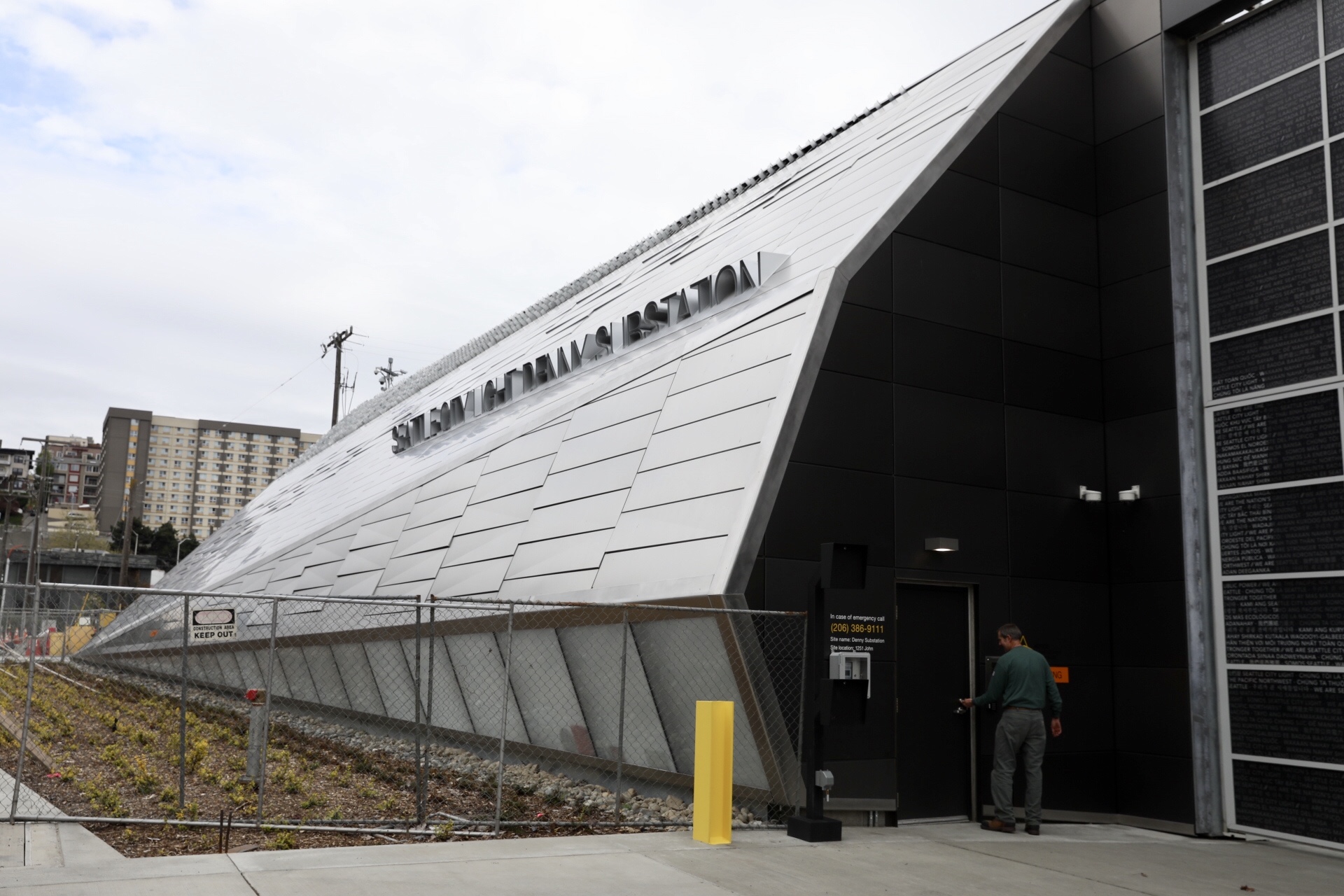 It was 2011 and Seattle officials had to answer a question: How will the city provide enough electricity to South Lake Union, then a burgeoning technology hub in the midst historic growth?

After presenting several options, a North Carolina-based consultant, Quanta Technology, ultimately recommended Seattle City Light continue with a plan to build a new substation off Denny Street, on a former Greyhound property now owned by the city. South Lake Union was growing immensely and “because of the magnitude of recent new construction and active building plans, this trend is expected to continue,” concluded Qanta’s analysis, obtained by Crosscut.

There was one risk, however: that the predicted growth and the attendant electrical load would not materialize. The odds of this were low, the report said, but if it were to occur, “then this option would result in an underutilized asset and no increased revenue.”

The new Denny Substation is now almost complete — $100 million more expensive than originally forecast, at a total cost of $210 million — and is being widely celebrated for its modern architecture and open public space.

But the reality is that South Lake Union is not nearly as energy hungry as it was predicted to be in 2011. City Light officials don't say the identified risk has come to pass, but efficient buildings, canceled projects and a scuttled upzoning plan all mean the Denny Substation is forecast to function at just a third of its capacity into the foreseeable future. That’s between 40 and 50 percent less than what was predicted in 2011.

When asked whether the load was, in fact, not materializing, City Light spokesperson Julie Moore said in an email, “One could say the load is not materializing as fast (emphasis Moore’s) as we initially predicted.”

Moore, however, said there’s more value to the substation than simply its capacity — namely that it provides reliability and flexibility in the rest of the utility’s system. “This is the first new substation we have built in decades; considering we will not likely build another one for quite some time, we wanted to ensure it could support growing needs in a city and neighborhood that has experienced unprecedented growth,” she said.

“Given that,” she said later, “its value and purpose should not be interpreted solely based on localized impacts and/or short-term focus.”

Still, the substation’s construction is an example of the challenges that come with planning infrastructure for parts of a city that aren’t yet built.

It’s also indicative of a larger existential problem for Seattle City Light: As buildings and customers become more efficient — something City Light itself encourages — its revenue is drying up. This has caused “alarm bells” to go off in City Light’s citizen review panel, which predicted in a letter last year a 0.4 percent decline in energy sales over the next 20 years. Already, City Light collected $118 million less over the past five years than it predicted, the review panel said in the letter, leading to $100 million more in debt.

This is expected to push up residential rates by an average of $20 a month by 2020, with $2 of that covering the cost of the substation. Mayor Jenny Durkan has sought to keep rates as low as possible, which means continued shortfalls could require the department to shift funds from elsewhere.

Conversations about the electrical needs of a potential new tech hub began at City Hall in 2003, picking up steam as Amazon began moving from the Beacon Hill neighborhood to South Lake Union. The city purchased the Greyhound property in 2009 with the intention of moving forward on a new substation. But progress halted during the Great Recession.

When officials returned to the question in 2011, they were presented with four options.

Two of the options — doing nothing or rerouting electrical loads to other substations — involved little capital investment. But neither of these options was preferred as customers were complaining about sags in voltage and reliability.

That left either building a new substation or reinforcing the Broad Street substation near Seattle Center. Initial estimates put the cost of the former at $114 million, while reinforcing Broad Street would cost at least $20.7 million and up to $30 million, if it became necessary to purchase new property.

The utility ultimately rejected the cheaper option for fear of concentrating so much of the city’s electrical load — as much as 25% — in one location. A new station would best accommodate the growing neighborhood, they concluded.

Officials at the time estimated the electrical load of the South Lake Union and Denny Triangle neighborhoods would rise to between 98 and 117 megawatts. According to the report, the estimate was developed using a 2003 model that “through 2010, had been doing reasonably well at tracking the SLU load growth.”

The Denny Substation was built with a capacity of 180 megawatts.

But between 2011 and 2018, things changed. For one, Amazon and Vulcan initially said they intended to construct a three-building complex in South Lake Union containing data centers, an operation that would require enormous energy and would be running 24/7. But those developments were not built in Seattle.

Additionally, officials expected at the time that all of South Lake Union would be rezoned for buildings above 250 feet. That also did not occur. While the neighborhood has some tall buildings, zoning in parts of the neighborhood is capped at 65 feet.

At the same time, new buildings are far more energy efficient and often collect energy from solar panels or storage batteries, rather than the electrical grid.

As a result, City Light’s 2018 load forecast for the new Denny Substation, provided to Crosscut through a public records request, projects the neighborhood’s electricity needs to grow to just 60 megawatts by 2027 and then flatline into the foreseeable future — nearly half of the utility’s higher-end estimate from 2011.

“Their assumptions were old,” said one knowledgeable City Light employee, who is not authorized to speak to media. “Their assumptions about how important energy efficiency is was underestimated. I don’t think they understood just how efficient the buildings were going to become.”

This was not just a City Light problem, said the employee. “It was an industrywide problem.”

Since 2011, the utility has indeed upgraded its forecasting models. “We have hired consultants and purchased new software to assist us with small-area load forecasting,” said Moore. In general, she said, City Light and the industry have undergone a “paradigm shift.”

Moore reiterated that the utility does not see the diminished forecast as a problem “because the substation is and will continue to be an asset in the area both for system operational flexibility and any eventual load that materializes. It is clear that such an asset would likely be impossible to secure in or around that area in the future, given the way the area is developing.”

Since its initial $114 million cost estimate, the substation project has ballooned to $210 million, in part because of additions to make it more accessible to the public, including a dog park. At the same time, expenses for nearly every large capital project in the region have grown as the cost of land and materials has increased. The ultimate cost is likely to rise further as peripheral projects come online.

The substation's open space, including the dog park and a walkway, is slated to open this spring. The distribution of power across the network is expected to begin this summer.