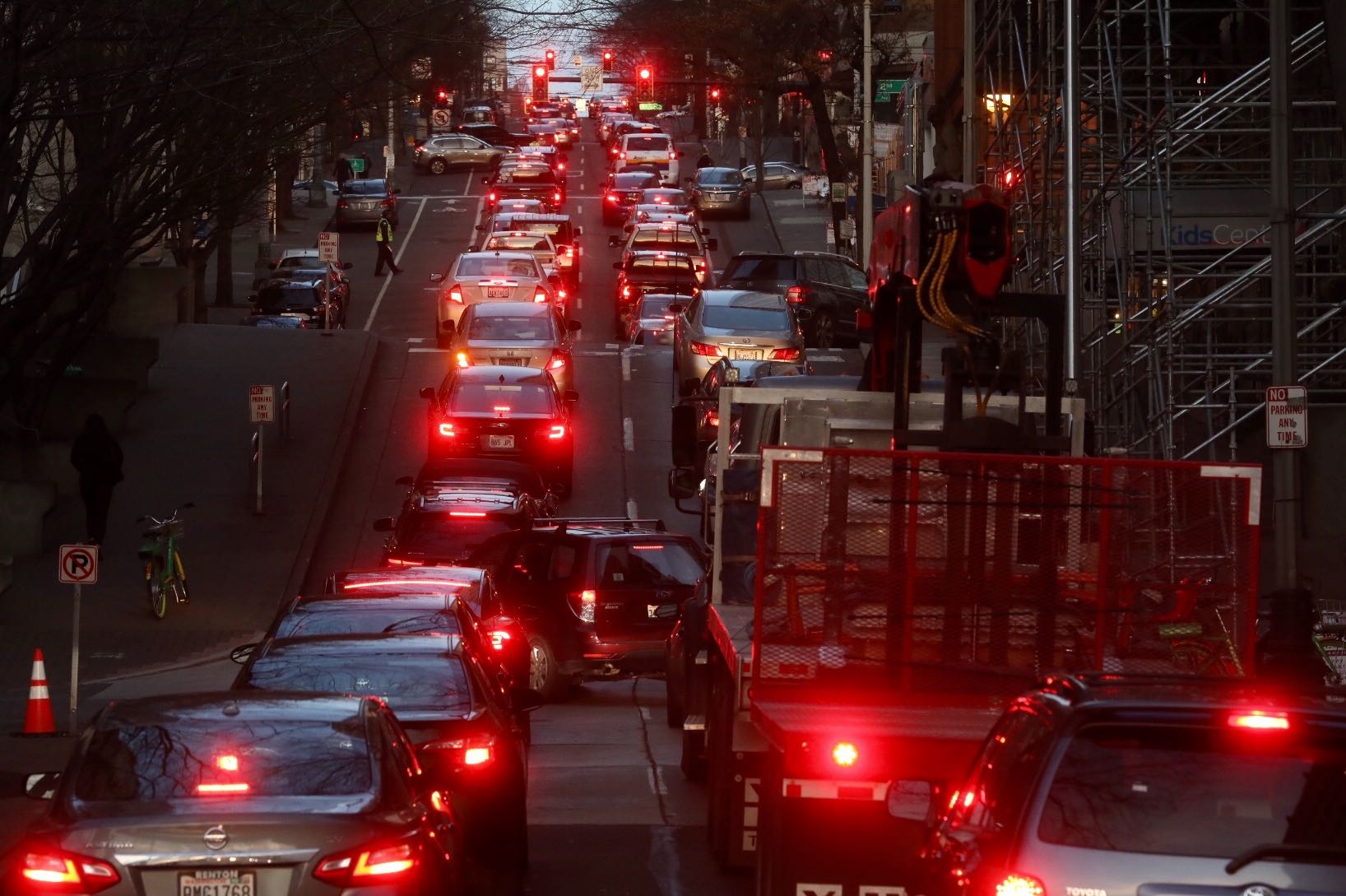 There’s a low rumble as long-haul trucks pull into Vintner’s Logistics on the southwest edge of Kennewick, Washington. Caseloads of wine are piled on storage shelves, waiting to be shipped from what owner Robert Thompson calls “the heart of Washington wine country.”

For 12 years, Thompson has ushered trucks up and down this well-traveled road, sending wine along the West Coast.

“We’re truly from vineyard to table for the wine industry,” he said.

One major expense: fuel, Thompson said. The company has about 20 trucks and 40 trailers.

He’s worried a proposal by state lawmakers in Olympia that aims to limit greenhouse gas emissions could drastically increase those fuel costs, like rising costs he’s noticed in California.

“We manage things very tightly. We have real-time fuel data, so I can tell exactly what fuel mileage each truck is getting right then and there,” Thompson said.

Washington lawmakers are developing a low-carbon fuels standard. If signed into law, new rules would limit the amount of carbon coming out of car and truck tailpipes. Backers say it’s necessary to combat climate change. Critics say it will increase the price at the pump, although some lawmakers say dramatic price increases are not certain.

It would allow companies to use any technology that best fits their needs to reach carbon reduction goals – from biodiesel to fuel made from pulp mill waste to natural gas from dairy digesters.

Lobbyists for the trucking industry said there are already efforts in place to reduce pollutants from semitrucks.

“We basically talk within the industry that the exhaust coming out of the truck is actually cleaner than the air that went into it,” Thompson said. 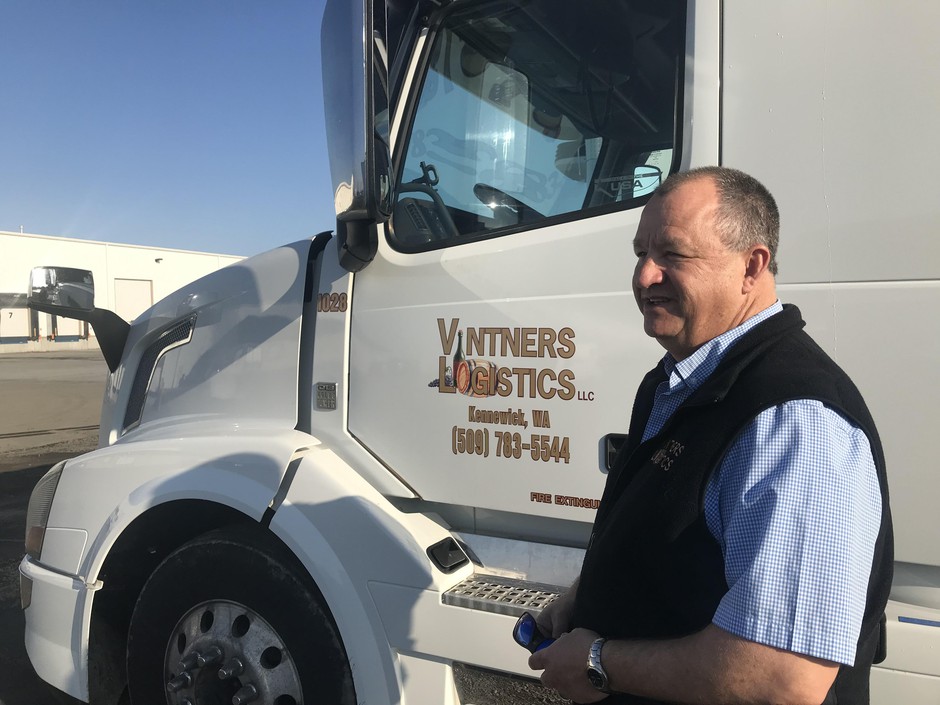 It’s About the Carbon

But reducing toxic substances in the air isn’t the primary goal behind clean-fuels standards like the one being pushed in Washington. It’s about reducing the carbon dioxide from gasoline- and diesel-burning engines.

Burning fossil fuels, such as gasoline and coal, releases heat-trapping carbon dioxide molecules into the air. That process is increasing average temperatures around the globe. In the Northwest, climate change is reducing snowpack, as more precipitation falls as rain, and increasing the severity and length of wildfire season. And the release of more carbon into the atmosphere is changing the Pacific Ocean’s chemistry, acidifying the water and threatening shell-building creatures like oysters.

Stu Clark, air quality program manager at the Washington Department of Ecology, said transportation is the biggest source of greenhouse gas emissions and “traditional” air pollutants, like gasoline vapors and nitrous oxides, in the state.

“Transportation is a little under 45 percent of the total of the greenhouse gas emissions. So you really have to address it if you’re going to make any substantive differences,” Clark said.

If the low carbon fuels standard becomes law, Washington would be the last state or province along the West Coast to implement one. California, British Columbia and Oregon all have clean-fuels standards in place.

Oregon started its clean-fuels program in 2016. There, the goal is to cut the intensity of its carbon emissions to 10 percent below 2015 levels by 2025.

Wind said the entire West Coast would benefit if her neighbor to the north would adopt a similar policy.

“Transportation fuels are a regional economy,” Wind said. “So to have all three states participate is important for the market, as well as for the producers and the providers of the lower carbon fuels.”

British Columbia has had a clean-fuel program for nearly a decade. Ian Thompson, with Advanced Biofuels Canada, said the province hasn’t seen a drastic increase in fuel costs.

He said Washington lawmakers have the benefit of hindsight with this bill.

“It was to Washington state’s benefit to have waited – to let the jurisdictions show what can be done. Demonstrate that you won’t blow up the economy. Show people that the fuels work,” he said. 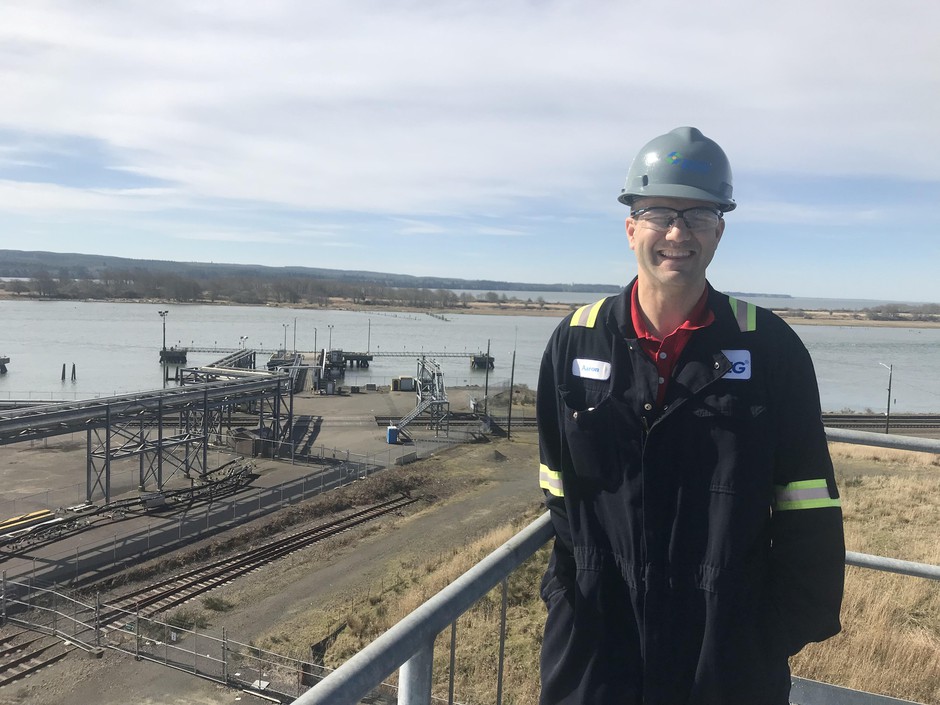 Aaron Leatherman is the plant manager at the REG-Grays Harbor biorefinery. He says a low-carbon fuel standard could help expand this plant and provide more jobs for people in Grays Harbor. (Photo by Courtney Flatt)

Aaron Leatherman is the plant manager at the REG-Grays Harbor biorefinery. He says a low-carbon fuel standard could help expand this plant and provide more jobs for people in Grays Harbor. (Photo by Courtney Flatt)

Don’t Blow Up the Economy

“Any policy will be the right one if you answer four questions,” Reheis-Boyd said. “Does it protect the environment? Does it protect the economy, deal with those issues? Is it the right energy mix? And can it be sustainable such that communities still have upward mobility and chances to have good quality of life? And in that is, you’ve got to have an affordable, reliable fuel.”

Rep. Joe Fitzgibbon, D-Burien, sponsored Washington’s bill, the second time he’s proposed a low-carbon fuels standard. He said the economic concerns haven’t been borne out in other states. For example, he said, Oregon’s fuel costs have increased less than a penny per gallon.

Fitzgibbon said he thinks there is a “path to success” for this bill.

“We now have a lot of evidence to back up [the benefits] from California, Oregon and British Columbia. It helps that we’re not really treading new ground with this bill. I think that helps with the comfort level with legislators,” Fitzgibbon said.

The bill has passed the state House and is in a Senate committee.

One benefit of a low-carbon fuels standard, Fitzgibbon said, is it helps diversify Washington’s fuel mix – and help biorefineries in the state keep resources closer to home.

“We also have rural communities in Washington that need job growth and that are really well suited to produce these kinds of fuels,” he said. 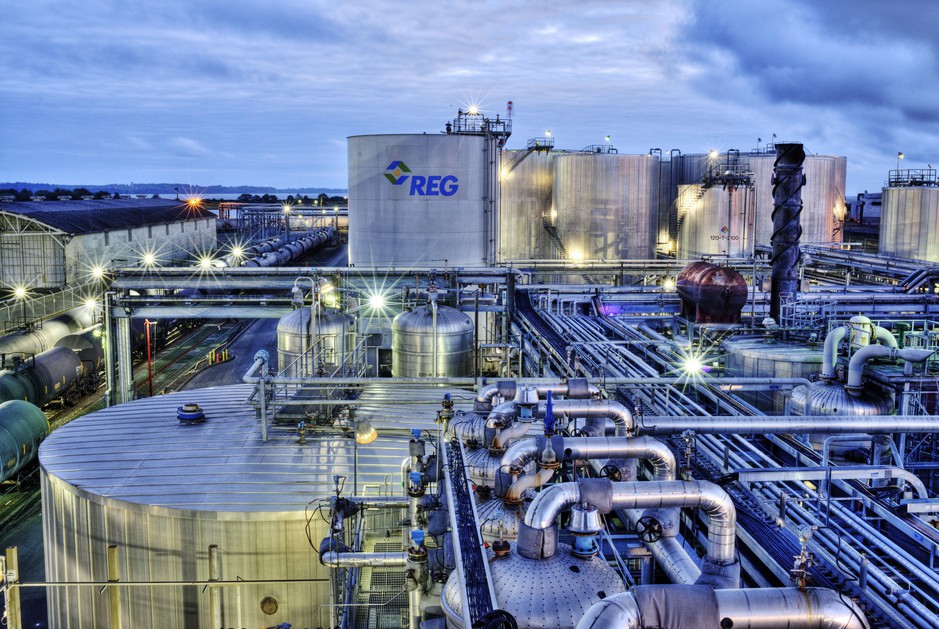 Like Grays Harbor County: On the banks of Grays Harbor in Hoquiam, Washington, is the biggest biorefinery on the West Coast.

Right now, about 90 percent of the biodiesel produced at REG-Grays Harbor is shipped to states with low-carbon fuels standards on the books. With this law, that could all change, said plant manager Aaron Leatherman.

Leatherman walks through the biorefinery he helped develop. For him, it all started with his father, who worked at Shell Oil. After watching one of his father’s projects in the Canadian Tar Sands region of Alberta, Leatherman decided he wanted to do something different.

The biorefinery was built 12 years ago, about as long as Vintners Logistics has been in business. It produces about 300,000 gallons of biodiesel each day, primarily from canola feedstock, and ships the fuel mostly to Oregon and British Columbia.

Leatherman said this bill could allow his facility to expand, build more offices, more fuel storage. It could help the facility upgrade its pretreatment process to allow it to use a lower carbon intensity of the feedstock it processes. That would improve greenhouse gas emissions at the plant.

“You gotta keep moving forward,” Leatherman said. “We’ve got a lot of work to do. It’s awesome to think that with a lot of hard work, you can actually change the world.”

Austin Jenkins contributed to this report from Olympia.