Teens who send nude selfies will no longer face felony sex charges that carry a requirement to register as a sex offender. 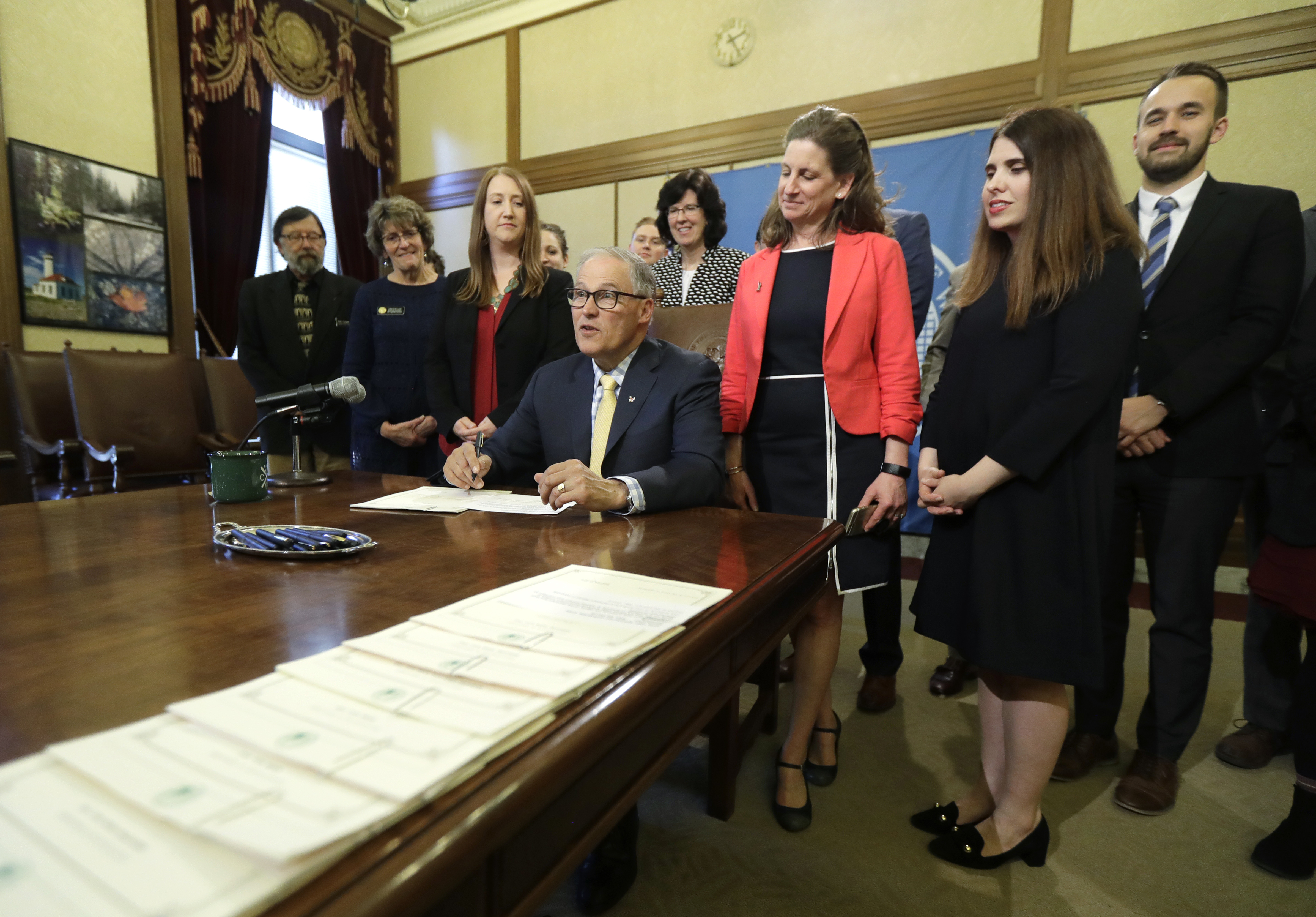 Soon, teenagers in Washington state will no longer risk felony charges when they take and send nude selfies on their cellphones. On Wednesday, Gov. Jay Inslee signed into law a bill that will decriminalize sexting among teenagers ages 13 to 17.

The measure, House Bill 1742, also will ease penalties for teens who distribute naked photos of other teens who are within in the same age group. In most cases, those offenses will become misdemeanors or gross misdemeanors, rather than felony sex crimes that carry a requirement to register as a sex offender.

For the mother of a teenager who was prosecuted under the old law, the bill’s signing Wednesday came as welcome news. Crosscut previously reported on the case of Nicole, who was convicted of possessing and distributing child pornography after she was emailed nude photos of a high school classmate. Nicole swore she never opened the images she received.

Crosscut is not naming Nicole or her mother, since Nicole was a minor when the charges were filed. Nicole's first name has been changed to protect the family’s privacy.

“Every time I thought about it, I just thought, 'How many kids are going to have their lives ruined, and how many more families are going to have to go through something like this?'” Nicole’s mother said Wednesday, shortly before the bill was signed. “It’s a relief to me, even though I don’t have children who are the age that they would have go through that anymore.”

Ultimately, Nicole's convictions on the child pornography charges were vacated and dismissed, but only after a court battle that lasted about three years. Nicole's mother said the fight cost the family $60,000 in legal fees.

State Rep. Noel Frame, D-Seattle, said the law needed to be changed because it treated teenagers who exchange nude photos with other teens as harshly as adults who deal in child pornography.

Frame, the sponsor of the legislation, said even for children who shared nude photos of other teens, the previous law punished them too harshly.

“The law that has been intended to protect these children is actually hurting them because the children are being penalized as if they are adult pornographers, when they are not,” Frame said. “They are children making mistakes, sharing images with peers.”

The new law also addresses a state Supreme Court ruling from 2017, which affirmed that teenagers can be convicted of felony sex offenses for sending photos of their own bodies. The ruling upheld the child pornography conviction of a 17-year-old who sent a photo of his penis to an adult woman.

In its majority opinion, the court said legislators should change the law, if those type of outcomes weren’t their intention.

“I wish it would have been done years ago to save us the trouble that we went through,” Nicole’s mother said.

The new law will take effect in July. It will still allow for felony charges against teens who take or distribute nude photos of other children under 13, or who sell photos of other teens.

Teens who use nude photos to harass or blackmail other teens could still face criminal charges under other statutes, supporters of the new law said.