Why Mount Rainier was once called Mount Tacoma

Starting from the days of frontier settlement, the towns and cities surrounding Puget Sound have been engaged in competition, vying to be the most important commercial center: Olympia, Tacoma, Seattle, Everett, Bellingham, even Port Townsend.

But the greatest rivalry belongs to Seattle and Tacoma — a centurieslong competition that has played itself out in many an arena. It has even touched the region’s most conspicuous geographic landmark, Mount Rainier. Or should it be Mount Tacoma?

You might have heard that some people believe that Mount Rainier is not an appropriate name for our great mountain. It was named in 1792 by the British explorer George Vancouver, the first known European to explore what we now call Puget Sound.

He named the mountain for his friend, Peter Rainier, a captain and later admiral in the Royal Navy. Among other accomplishments, he did the British Empire much service in expanding its influence in the East Indies. He also was on the British side during the American Revolution and thus an enemy of the United States.

The name stuck, like other features named by Vancouver, including Mount Baker, Mount St. Helens and Puget Sound.

As American settlers poured into the region, no one complained about the British origin of the region’s landmarks. Much of the early settlement here was by Britain’s Hudson’s Bay Company, and the Pacific Northwest was part of territory claimed by England, after all.

Alongside the mountains and sound, the settlers built towns, among them the frontier settlements of Seattle and Tacoma. The two cities had great ambitions — Seattle set its hat on being “New York Alki,” meaning New York, eventually. Tacoma took on the moniker of “The City of Destiny.”

The two towns each sought to connect by land with the rest of the country, each hoping to be the western terminus of the transcontinental railroad that would bring prosperity and more settlers with it.

Tacoma won that fight, and in 1883 the Northern Pacific railroad, having picked Tacoma as its terminus, announced that it would henceforth refer to Mount Rainier as Mount Tacoma.

Tacoma was feeling pretty cocky at this point. Tacomans predicted that grass would grow in Seattle’s streets. An eccentric Tacoma booster gloated, “Seattle! Seattle! Death rattle! Death rattle!” In the meantime, Seattle launched an effort to build its own railroad to the east, launching what became a byword for the city’s can-do initiative: “The Seattle Spirit.”

But as the two cities competed, the mountain’s name became an intense focus of Tacoma’s boosters. What could be better than having a mountain with the same name as the city? It launched what historian Lewis McArthur in 1927 called “the most acute geographic name controversy in the history of the country.” Historian Genevieve McCoy has described the Mount Rainier-Tacoma debate as part of “fiercely pursued economic stakes” for both cities, determining which town had “won economic dominance in the region.”

The case for officially naming the mountain Tacoma, or a more euphonious variation, Tahoma, was rooted in reports that some indigenous people had called the mountain that name. A young American writer named Theodore Winthrop, who traveled through the country in the 1850s by canoe and saddle, mentioned that the Indians he met called the mountain Tacoma, which was applied to other snowy peaks as well. In 1868, Tacoma, originally named Commencement City, renamed itself after this version of the mountain that looms so compellingly on its horizon. In the eyes of Tacomans, officially renaming the mountain would be a great exercise in urban branding — a city and mountain worthy of each other.

Decades of lobbying by Tacoma followed, mainly pushed not by the grassroots of the city, but by its business boosters. They objected to the name of Mount Rainier National Park when it was created. They lobbied newspaper editors across the country to support the name change. They went to the state Legislature in Olympia. They demanded the Congress act. Hearings were held. The business community formed a “Justice for the Mountain committee” to push the cause.

Seattle resisted. preferring Rainier — or simply preferring not to give Tacoma any PR advantage. One argument to justify Rainier was that the so-called discoverer of the mountain, the explorer Vancouver, had the right to name it and because no one had objected for nearly a century, Rainier was a done deal. Plus not many called it Tacoma except, well, people promoting Tacoma. And scholars debate what the native peoples actually called the mountain. It was not entirely clear. Some had other names for it.

The fight went on for the next 40 years.

Finally, the federal board of geographic names put its foot down and said “no” to Tacoma. The state names board said it would not reconsider either. Rainier it would stay. And it has.

But … here in the 21st century renaming Mount Rainier still comes up. In 2010, Robert Satiacum, a Puyallup native activist, proposed renaming Rainier Ti’Swaq’ as part of an effort to reclaim the geographic names for indigenous peoples. When the federal government changed the name of Alaska’s Mount McKinley to Denali in 2015, it did just that. The adoption of the indigenous name for the tallest peak in the United State was largely approved in Alaska and inspired some to reconsider the name of Rainier. The editorial board at the Tacoma News Tribune took note and encouraged reconsidering Tacoma or Tahoma as the mountain’s name. The Seattle Times editorial board even encouraged such discussion — something that would have been unheard of a century ago in the days of intense regional rivalry.

Like Mount Rainier, the old volcano name controversy could erupt again at any time. 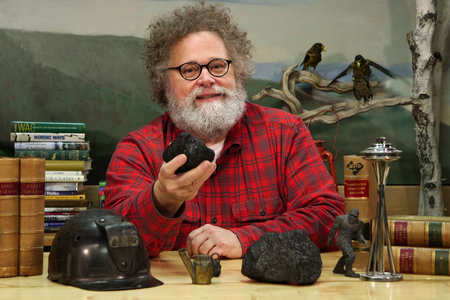 by / February 19
Article continues below