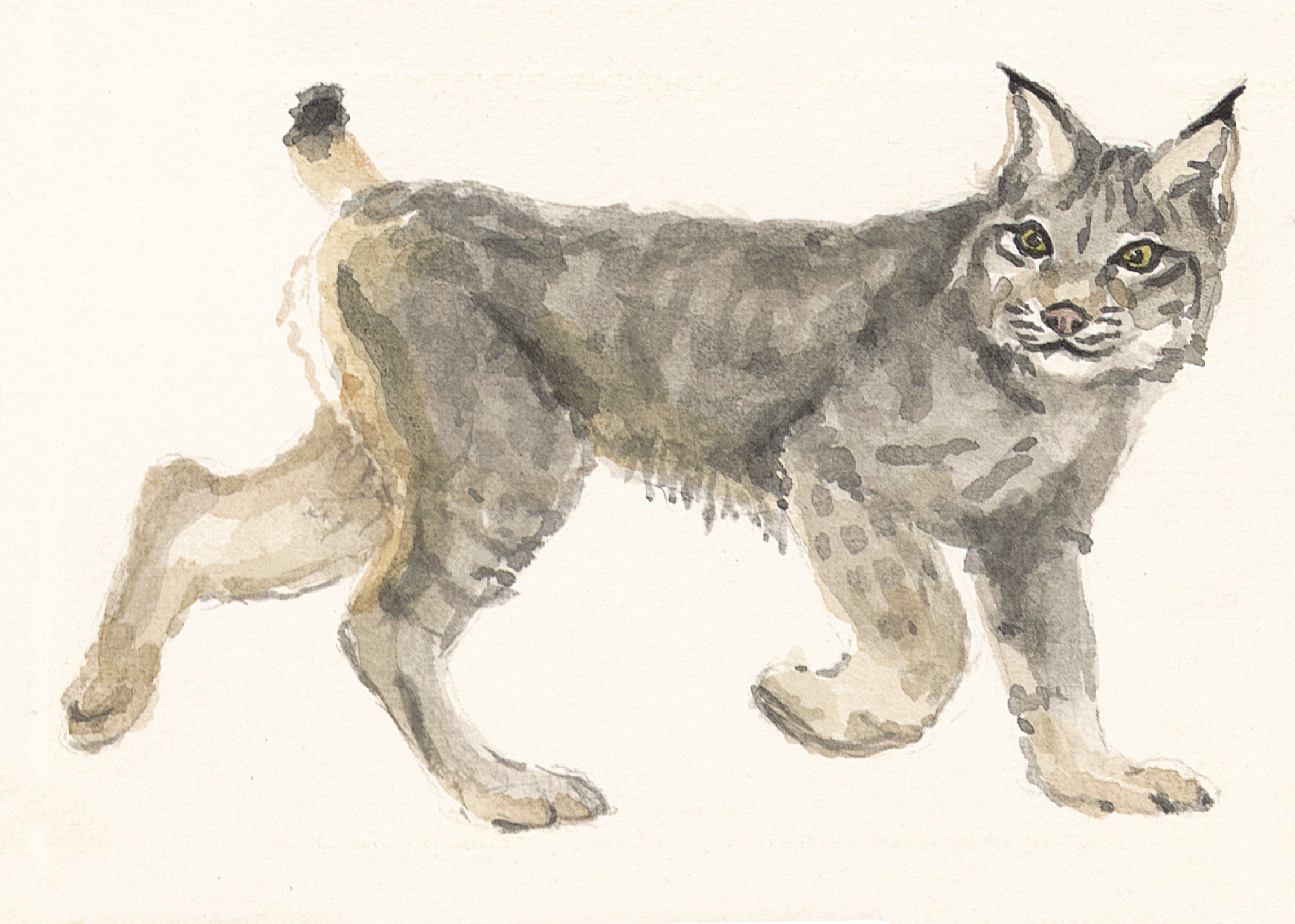 Lynx by Michael Alm. A whole host of Washington state critters are on display now at Ghost Gallery.

Michael Alm: The Mammals of Washington

Did you know 141 mammals make their home in Washington? The little brown myotis bat, the white-tailed jack rabbit, the gray-tailed vole, red fox and black right whale — these and 136 others (including humans) all share quarters within the state boundary. (Well, the oceanic crowd kind of sidles up next to it.) Seattle artist Michael Alm has spent two years painting all 141, “as a reminder of what we need to conserve,” he says. The small, watercolor portraits are realistic captures, with the gentle filter of soft brush strokes. Seen all together, as they are currently displayed at Ghost Gallery in Chophouse Row on Capitol Hill, it feels like a buzzy gathering of neighbors with surprising guests (we have wolverines?) and old friends (marmots!). –B.D.

If you go: Ghost Gallery through June 9. (Free)

The 45th annual Seattle International Film Festival is here, so limber up those eyeballs and get ready to sink into independent cinema. As usual, the lineup is both tantalizing (films from 90 countries you might never see elsewhere) and tormenting (because you can’t be sitting in more than one theater at a time). Hometown favorite Lynn Shelton kicks off the festivities at the opening night gala with her new film, Sword of Trust (read our story). The Northwest Connections lineup, featuring films made in or about our region, is especially rich in documentaries this year. Consider: Artifishal, about the dangers of salmon farming; Fight Fam, about a Washington family of MMA fighters; Patrinell: The Total Experience, about Seattle’s legendary gospel choir leader; and Ski Bum: The Warren Miller Story. Whether you pick one film or all 400, SIFF reminds us that seeing a movie the way the director intended — on the big screen, with a roomful of humanity — is really something special. –B.D.

If you go: Seattle International Film Festival, May 16 - June 9, venues and prices vary.

Thanks to the indomitable tides of urban sprawl and the rising cost of living, Everett is now basically another Seattle neighborhood, making the sixth incarnation of Fisherman's Village Music Festival less a staycation sojourn than a simple exploratory jaunt. The three-day fest sets up shop in Everett's compact, walkable downtown, where outdoor venues host a mainstage for headlining acts and a night market til evening; nearby Scuttlebutt Brewery will host bands late. Wolf Parade, the unrepentantly dramatic art-rock band hyped a couple short months ago by this writer, are this year's heavy hitters, supported by an impressive undercard that includes alt-rocker Laura Viers, underdog champion rapper Travis Thompson, Atlanta punk trio the Coathangers, Seattle soul saviors Pickwick, experimental beat conductor Chong the Nomad and dozens more local and national acts. Organizers keep ticket prices blessedly affordable for the amount of music they offer. Plus Everett retains some of its blue-collar grit, meaning the vintage shopping is superb. –J.Z.

If you go: Fisherman's Village Music Festival, May 16-18, times and venues vary. (Wristbands start at $15)

For anyone who still thinks arts are isolated from current affairs, consider the case of Ligia Lewis. The performance artist and choreographer — born in the Dominican Republic, raised in the U.S. and based in Berlin — flew a dancer to Seattle to perform the piece Sorrow Swag, specifically written for a male solo dancer. After arriving at Seattle-Tacoma International Airport, however, that dancer was detained by U.S. customs agents, questioned, and put on a plane to Dubai with his visa denied. According to a press release from On the Boards, “The artist in question has performed all over the world, in this and other works.” All the necessary paperwork for international performance had been completed, but “U.S. Customs & Border Protection questioned the artist’s starring/critical roles, and sufficient recognition of their achievements.” (OTB is keeping the artist’s name private in hopes of reducing further turmoil for him.) Accordingly, Ligia Lewis is reworking the piece, which she will now perform along with her brother, George Lewis Jr., who goes by Twin Shadow. As originally intended, the piece is awash in blue light, and a blue mood. It uses gesture and speech to convey cultural norms — what’s expected and what’s allowed, according to race and gender. While the choreography will be wholly reinvented (now for a Black female and male duo), one suspects the messages about race, gender and other borders will ring even louder, and feel more blue. Also during the weekend, Portland artist Keyon Gaskin performs another Lewis piece, minor matter, and screenings of the original Sorrow Swag will happen prior to each performance. –B.D.

For the very adventuresome showgoer and gourmand, this mash-up of the 14/48 Theater Festival and Café Nordo is like a cross between Chopped and a play workshop. Basically, you are invited to put your trust and appetite in the hands of a group of culinary and theatrical improvisers. Here’s the setup: Four playwrights are paired each week with four chefs. They’re given a common (edible) ingredient and a common theme (chosen randomly). And with a batch of actors, designers and sous chefs, they have four days to write, rehearse and whip up a quartet of short plays “interwoven” with a four-course supper. If you’re game, so are they.  Each meal/show is presented twice over a single weekend.–M.B.

The intrepid young site-specific troupe The Horse in Motion takes on this obscure but fascinating Max Frisch play, which the Swiss-born Frisch began writing in the late 1940s as Czechoslovakia was being overtaken by the Soviet Union. Whether you ponder it as an allegory for that political upheaval, or as an absurdist parable of the rise of Nazism in the 1930s, this tale of a town besieged by arsonists (who pose as door-to-door salesmen) and their all too passive victims (who literally make a deal with devils) is ironic and incendiary. It’s also a warning about the failure to nip fascism in the bud, and who doesn’t need that reminder? –M.B.

This a capella male “vocal band” has been a class act for three decades. Their blended vocals are still as smooth as glass, whether they’re layering their own jazzy/pop arrangements on a gospel tune, a standard like “Stand by Me” or “The Star Spangled Banner.” Their most recent album, Iconic, is a beauty, and at Jazz Alley you can expect (or request) to hear some of the songs from that 2018 disc — like a gorgeous version of El DeBarge’s “All This Love” and their grooving riff on the Beatles’ “Got to Get You into My Life.” –M.B.

Seattle is rich in choral ensembles, and fans have two excellent chances to hear voices lifted in song this weekend. The Esoterics, a long-standing and award-winning choral ensemble devoted to contemporary a cappella compositions from around the world, performs Inclusivity: The Power of Togetherness. (Remember togetherness?) The mixed bill — all pieces composed since 2007, sung in English, Hebrew, Indonesian, Mandarin, Quechua and Spanish — is in advocacy of a concept called philoxenia: “the desire to show hospitality and acceptance of strangers.” Seattle Pro Musica, another long-running, hugely talented local choir, closes its season with Passion and Resurrection, a similarly contemporary bill, featuring a tale sung from the perspective of Mary Magdalene, and a world premiere written specifically to take advantage of the St. James Cathedral’s acoustics. Also exciting: for this concert, the group will be joined by special guest soprano Estlelí Gomez of the Grammy-winning and unbelievably cool vocal ensemble Roomful of Teeth. –B.D.

Because hashtag activism isn't enough to get things done, Vera Project, Seattle's bastion of age-limitless live music and community organizing, presents this daylong workshop/fair oriented around art, music and social causes. By day, get learned on radical consent, zine-making, wheat pasting, direct action, voter rights, bicycle maintenance and more with Seattle's mightiest nonprofit groups as funk outfit High Pulp performs with a slew of DJs inside and out of Vera's Seattle Center venue. By night, Rhode Island politico-punk powerhouse Downtown Boys take the stage, with local hip-hop heroes Gabriel Teodros and RA Scion opening, plus other musical performers. There was a time not long ago when Seattle was known for crashing rather than coddling neoliberal capitalism. Here's to bringing back a little bit of the riots — albeit in a much more constructive space. –J.Z.

For nearly two years, Town Hall Seattle has been undergoing a multimillion dollar renovation of its historic First Hill building (erected 1916-1922). During the closure, the programming slate went nomadic, with readings, concerts and discussions taking place at venues across the city. At long last, the updated building is ready to reopen, with new art installations, high-tech HVAC and speaker systems, a thoroughly revamped downstairs space and (especially exciting to some) a fresh fleet of bathrooms — built in the 21st century! Town Hall debuts its shiny new space with a solo concert by Seattle’s own Joshua Roman, who made his own debut at the venue as a cellist wunderkind in 2006. –B.D.

Poet Jericho Brown has all the the credentials an artist dreams of: Guggenheim, NEA and Harvard fellowships, an American Book Award, poems in The New Yorker and the New York Times, the list goes on. But what draws people to his work again and again is his blend of frankness and beauty when detailing his perspective — on family, race, sexuality, violence and religion — as a gay Black man in America. His new collection, The Tradition, is published by Washington’s own Copper Canyon Press. “Aster. Nasturtium. Delphinium. We thought/ Fingers in dirt meant it was our dirt,” begins the titular poem, which despite being only 14-lines long manages to evoke slavery, global warming and police shootings of Black men and boys — the last of which bloom with blood like flowers on pavement. –B.D. 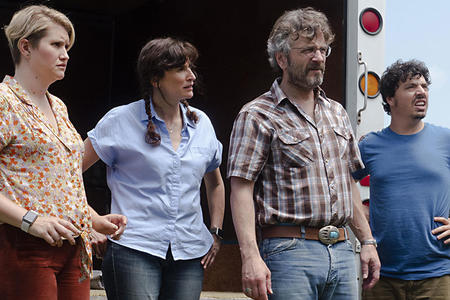 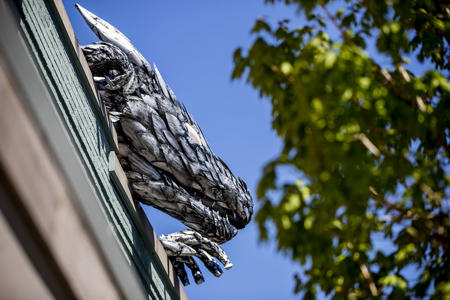 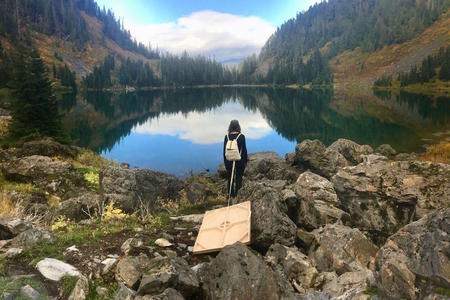