Rise Up Belltown rallies to secure a historic music venue. 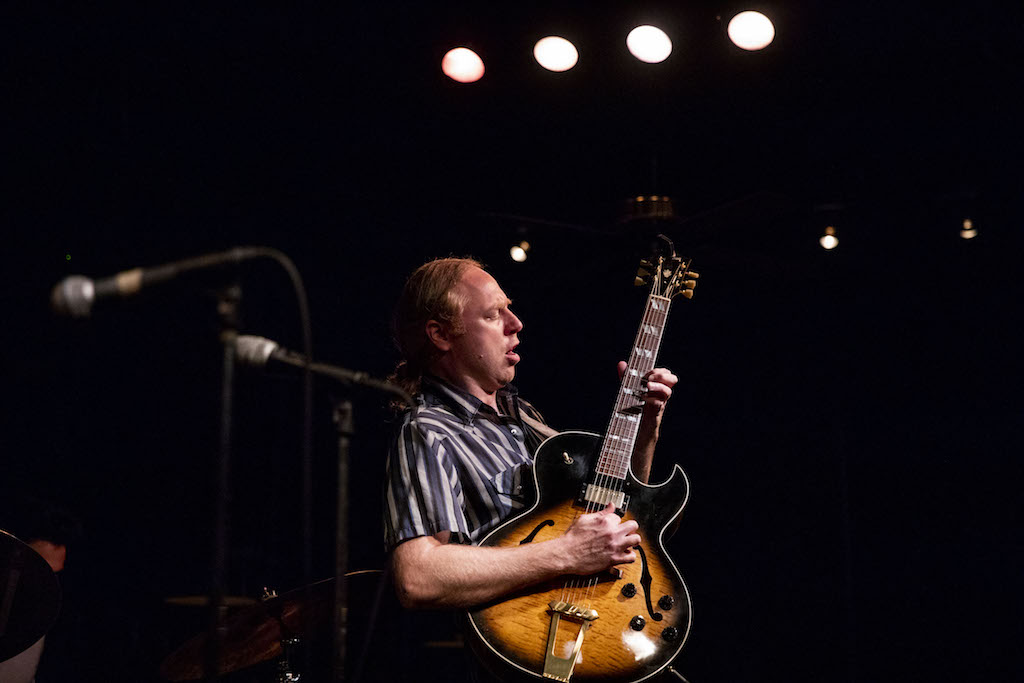 Built in 1919 as an auto mechanics shop, Tula’s Restaurant and Jazz Club became the velvet-curtained bandstand it is now in 1994, when proprietor Mack Waldron sought to create a place in Seattle full of the camaraderie he felt as a trombonist in a U.S. Navy band.

In the past 26 years, Tula’s — named for Waldron’s wife — has become every bit the vital community hub for local jazz that Waldron envisioned. The Belltown venue employs local jazz musicians six nights a week, fosters future jazz talent and harbors some of Seattle’s most prized jazz history — including the iconic sign from the now-closed Bud’s Jazz Records and an urn of the ashes of Bud himself.

“You know, it’s a grassroots thing here, as far as the relationship we built with the musicians and the community,” said Jason Moore, who is in his eighth year as general manager of the club.

But Tula’s has been on a month-to-month lease for the past four years, scraping by as the city’s rapid growth makes keeping its space increasingly untenable.

It became more urgent in January, when a developer, HB Management, announced plans for an eight-story high-rise on the block where Tula’s sits. Other businesses affected by possible redevelopment include a host of bars: Rocco’s, Lava Lounge, Neon Boots, Shorty’s, Rabbit Hole and Mr. Darcy’s.

The proposed construction plan sparked concern from some in the neighborhood and brought up a familiar question for contemporary Seattleites: How do we preserve cultural hubs throughout the city while also meeting the demand for growth?

Belltown has contended with this question for some time. This same block narrowly escaped demolition in 2015 after the community successfully rallied to landmark 2226 Second Ave. — The Wayne Apartment building, built in 1890, which houses Rocco’s, Lava Lounge and Neon Boots.

According to the Seattle Daily Journal of Commerce, the current owner of The Wayne, an investment group that purchased the apartment building in 1998, cited financial hardship and appealed the landmark status early last year. That made the development of the entire block accessible once again — leaving some business owners and patrons feeling vulnerable.

“[Developers] are essentially trying to rip the heart out of the last small neighborhood where everyone knows each other — and there’s a huge art community here,” said Joey Nix, owner of the nearby Jupiter Bar in Belltown. “No one’s going to want to [come to] Belltown when they gut [its] center.”

In response, a community grassroots group called Rise Up Belltown is working to protect Tula’s and the rest of the block by piloting a new sort of partnership with developers, the community and the city. Rise Up Belltown calls its alternative growth strategy proposal Seattle Community and Affordability Network (#SeattleCAN) and says it has the potential to protect cultural centers and impact the nature of all city growth long term.

“The core premise of the #SeattleCAN proposal is that at the same time that we’re saving parts of the city for community and affordability, we are also building the rest of the city more densely,” said community organizer and Belltown resident Evan Clifthorne, who founded Rise Up Belltown last year. “I think Belltown is a microcosm of what’s going on in the rest of Seattle. Gentrification doesn’t look the same everywhere, but people are losing their homes, their livelihoods and their ability to connect with each other nearby.”

Though Rise Up Belltown generally favored the Mandatory Housing Authority (MHA) rezoning strategy for affordable housing that the Seattle City Council passed in March, the group also argues the city needs to better address the preservation of community and cultural spaces. #SeattleCAN, for instance, takes that extra step by vying to rezone the city to preserve community spaces and address a chorus among some that Seattle’s arts scene is “dying” from a lack of space.

“Because Amazon moved all the creatives out [of South Lake Union], we are seeing in real time what happens when you have no arts and culture in a neighborhood — restaurants and bars are empty after everyone leaves work,” said Nate Omdal, a local jazz bassist and lead organizer with the Musician’s Association of Seattle Local 76-493. “Encouraging businesses like Tula’s keeps people and their money in a neighborhood, which drives the economy.”

#SeattleCAN plans to generate revenue for the preservation of their affordable zones by upzoning most of the city by one story and selling off the “transferable development rights,” which Clifthorne had his 9-year old nephew explain in a Lego video. In other words, property owners could sell the right to develop the air space above their pre-existing structure and move that development capacity elsewhere in the area. That would preserve the existing affordable housing and neighborhood hubs where most of Seattle’s artists, renters, and minimum-wage workers live, find work and cultivate community, Rise Up Belltown argues.

And while several other neighborhood and citywide programs, like 4Culture and Capitol Hill Arts District, are doing similar cultural advocacy work, #SeattleCAN targets more space for cultural preservation into a larger plan for rezoning the entire city. The plan aims to preserve cultural hubs before they are threatened in the first place.

Still, Rise Up Belltown has yet to release any official endorsements or partnerships with other neighborhood advocacy groups, but the effort has attracted notice from some preservationists.

“Evan’s creative,” said Eugenia Woo, director of Preservation at Historic Seattle. “Transferrable development rights — it’s a good suggestion in theory, but in practice it hasn’t been used as much ... but I think it’s worth a shot and it doesn’t hurt to open up the conversation with the developer.”

That conversation has begun. Said Ed Hewsen, one of the two principals at HB Management: “Evan and I have been talking at a high conceptual level about the logistics of how [#SeattleCAN] could work, and I’ve been very willing to be his developer sounding-board on the ideas that he’s coming up with, on whether developers would embrace some of the concepts that they’ve come up with.”

Hewsen, a lifelong Seattleite, said he cares about preserving the culture of Belltown, an area he considers “his roots,” and he said he’d like HB Management to be an example of a way to develop the city a little bit differently.

“This is totally not typical for developers to be open and want to do more than just sit down and go through the checklist process,” he said in an interview. “For me, I want to talk to the people in Belltown or any of the communities we’re in about what matters to them because at the end of the day, I want to build projects that are going to fit into the community and that long term are going to be positive building blocks to make the neighborhoods better.”

As for the city’s would-be role in all this, officials declined to comment.

Both Hewsen and Rise Up Belltown’s say their ability to work together on the fate of this business —and the rest of the Second Avenue block — can serve as an example of the broader opportunity that #Seattle CAN affords.

Rise Up Belltown chose Tula’s as an initial focus because the club inhabits one of the oldest buildings on the block, making it more likely to receive landmark protection if it decides to enter a bid, and because it is a vital part of one of Seattle’s more long-term communities: Seattle jazz musicians and educators.

Tula’s proprietor Waldron and general manager Jason Moore say they would be wholly supportive of a bid to landmark the building, which would protect the architecture of the building, along with any other effort than can help them remain in their location. After all, as Moore said, they’ve seen firsthand the impact Tula’s leaves on the greater Seattle community.

“I mean, last night we had Northwest School here, high school kids opening up for other [established] local artists,” said Moore. “We have high school and middle school bands in here on a regular basis, and often somebody performs here in high school, goes off to college, comes back and brings a date here and says, ‘Hey, when I was 13 years old I played music on that bandstand,’” Moore said.

Moreover, they point out that Tula’s is one of the last privately owned jazz clubs in the city employing local musicians and offering an up close and personal listening experience.

“We’re in a generation now when it’s so easy to just lose yourself looking at your phone or your tablet. And there’s a real draw for those who get interested in jazz to see something that spontaneous happening right in front of you,” said Greta Matassa, a jazz singer in Seattle for more than 20 years. “There are a lot of really great internationally talented musicians living here and that room offers you the chance to get an intimate experience [with them]. I’ve toured all over the world — there’s nothing like Tula’s.”

Moore likes to stress, too, that Tula’s is more than the building it inhabits. As much as the building has funky charm, it’s also in dire need of retrofitting and other updates. With that in mind, Moore thinks a mixed-use high rise could be the answer — a development that invites businesses on the ground floor.

“That, to us, makes sense because the developers can still get what they want and we could get what we wanted,” Moore said.

Hewsen is amenable to that idea, though nothing has been finalized.  “I’ve been open with the Rise Up Belltown guys that in the current framework, the best possible outcome would be that we build places where those buildings can come back in and operate again for a long, long time,” he said.

That said, Waldron and Moore asserted that if forced to vacate and find another location they may have to close their doors for good. Waldron balks at the astronomical rent increases any other live music-appropriate space in the city would likely require. And though they’ve floated the idea of moving to the suburbs, the jazz community fears that would hurt Tula’s growing relevance.

“I’ve really enjoyed watching the demographic in that room change in the last four or five years,” Matassa said of the jazz audience she’s seen at the club. “That’s what makes it so tragic — I see kids in there [in their 20s] just digging the hell out of it. And it’s like — well, shouldn’t we hold on to it?” 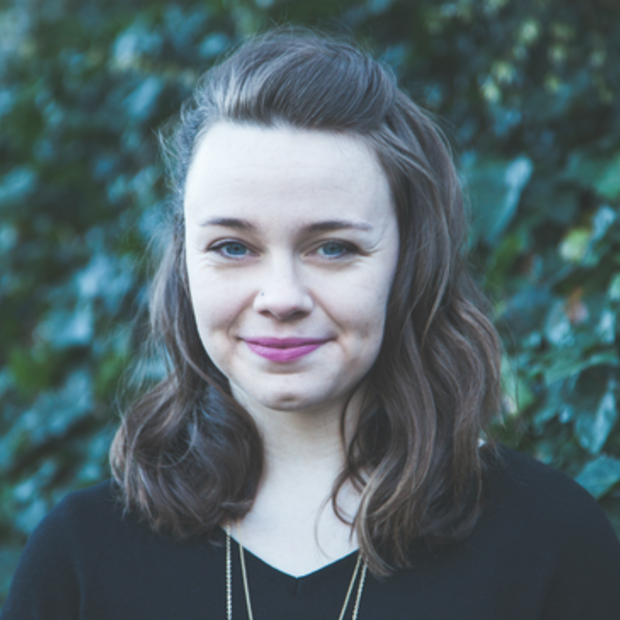