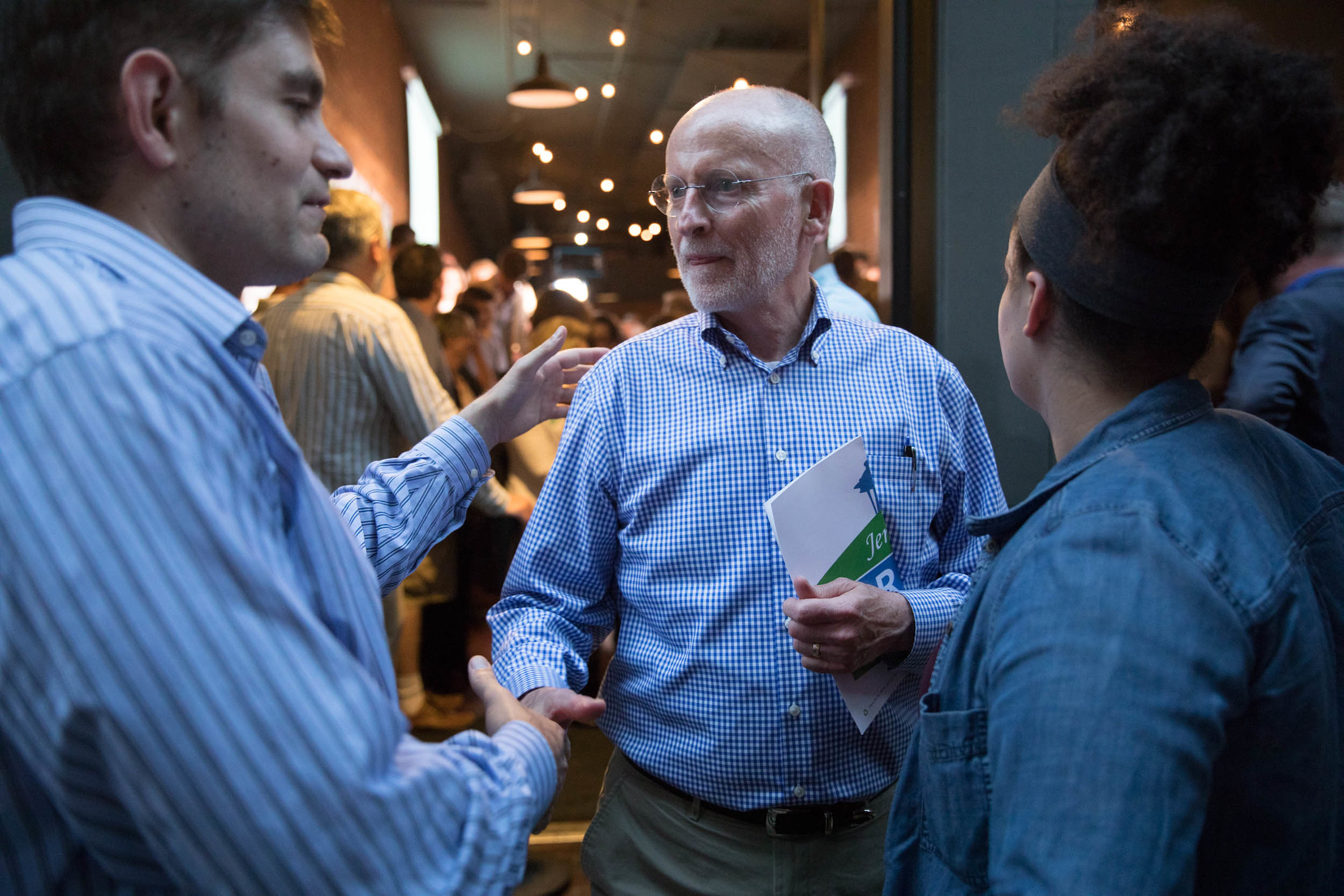 In the past two weeks, a new independent political action committee, led in part by former Seattle City Councilmember and interim Mayor Tim Burgess, raised $120,000 toward its mission to elect a “good governance” slate of city council members.

The committee, People for Seattle, is yet another front against City Hall’s embattled legislative branch and brings together a who’s who of Seattle’s more moderate political wing — a coalition of business, nonprofit and neighborhood leaders who are more likely to align with Mayor Jenny Durkan and rebuke socialist Councilmember Kshama Sawant.

“It's to help support city council candidates that will restore good governance, accountability and transparency to the city council,” said Taylor Hoang, committee member and owner of the Pho Cyclo Café chain. “We feel like there's a lot of frustration, there's a lot of folks that want to be involved and feel frustrated with the way that our city has been progressing.”

The new PAC has not yet endorsed specific candidates, but Burgess told Crosscut that it would likely begin interviewing some candidates in the coming weeks.

Burgess said the new committee has been met with enthusiasm. Much of the $120,000 was raised in the first five days, he said: “To me that was a signal to all of us that, wow, there is a lot of pent-up angst or opportunity or whatever, because it just flowed in.”

People for Seattle shares similarities with other efforts to push back on the city council’s most progressive tendencies. It will certainly draw comparisons to Seattle’s most powerful independent political committee, Civic Alliance for a Sound Economy (CASE) — which is affiliated with the Seattle Metropolitan Chamber of Commerce.

The group also includes some of the same faces who led a referendum last year against a tax on big business after it was unanimously passed by the city council. That referendum effort was so successful that the council repealed the tax a month later. Burgess staunchly opposed such a tax during his 10 years as a city council member and 74 days as interim mayor.

Yet Hoang and Burgess said this new PAC is different and noted that, unlike the referendum effort and CASE, People for Seattle is made up almost exclusively of individuals, not businesses or corporations.

“This is not about the head tax,” said Hoang. “It's about bringing good governance back to city council.”

The approval rating of the city council was waning even before the business tax fight. And in its aftermath, private polling has shown the council’s overall favorability rating to be consistently underwater. With seven seats up for election and four incumbents opting out, the races have attracted a swarm of 56 would-be council members. People for Seattle is currently conducting polling of its own.

The new PAC is hoping to capitalize on the perceived vulnerability. Neither Hoang nor Burgess mentioned Sawant’s name, but there is little doubt that their effort will stand in opposition to the socialist council member. Their criticisms of a council that is inaccessible and uncompromising are complaints often leveled at Sawant.

Sawant for her part has always cast her uncompromising values as a positive attribute, even relishing criticisms from political players she views as being influenced by corporate interests.

Independent expenditures, like those from People of Seattle, have steadily increased in recent election cycles. While individuals may donate only $500 each directly to a candidate, there is no limit to how much can be given to an outside committee — thanks to the U.S. Supreme Court’s Citizens United decision, which barred such caps.

The spike in spending also has correlated with the city’s recent switch to district elections, although it’s unclear if that’s a causal relationship.

Candidates may not coordinate with the committees, but the PACs are often set up on behalf of specific candidates, such as “People for Jenny Durkan” in 2017 or “People for Rob” in 2015, on behalf of former Councilmember Rob Johnson.

Whether election spending this year breaks records remains to be seen, but it so far appears on pace to do so — and easily. What’s more, the independent expenditures have been mostly one-sided, in favor of doing away with Seattle’s more liberal brand of politics.

The Seattle firefighters union has its own PAC, which has thrown its weight around in recent years and has begun raising money this year.

The committee Seattle Hospitality for Progress, which has created some overlap with CASE by soliciting donations from Tom Douglas Restaurants and the tourism group Visit Seattle, has raised over $40,000 this cycle, in addition to the $45,000 it had on hand.

Independent expenditures have so far not favored the more progressive candidates either, a trend that has carried over from past elections. However, individual progressive candidates have done quite well fundraising. Sawant has raised over $100,000, more than any other candidate. Shaun Scott, also a socialist, has raised around $75,000, the third most so far, in large part through the city’s Democracy Voucher program. And Tammy Morales of District 2 is right behind him with close to $75,000 as well.

Asked why he helped to launch a PAC, rather than just encourage people to donate their maximum $250, Burgess said a PAC can make appeals citywide. It also has more staying power. “The advantage of a PAC is we're ongoing,” he said. “We're not just about this city council election.”

This story has been updated with the correct spelling of Stephan Blanford's name.