The amendment was approved following a false story told by Sen. Tim Sheldon of an abduction in Mexico, implicating financial disclosure forms. 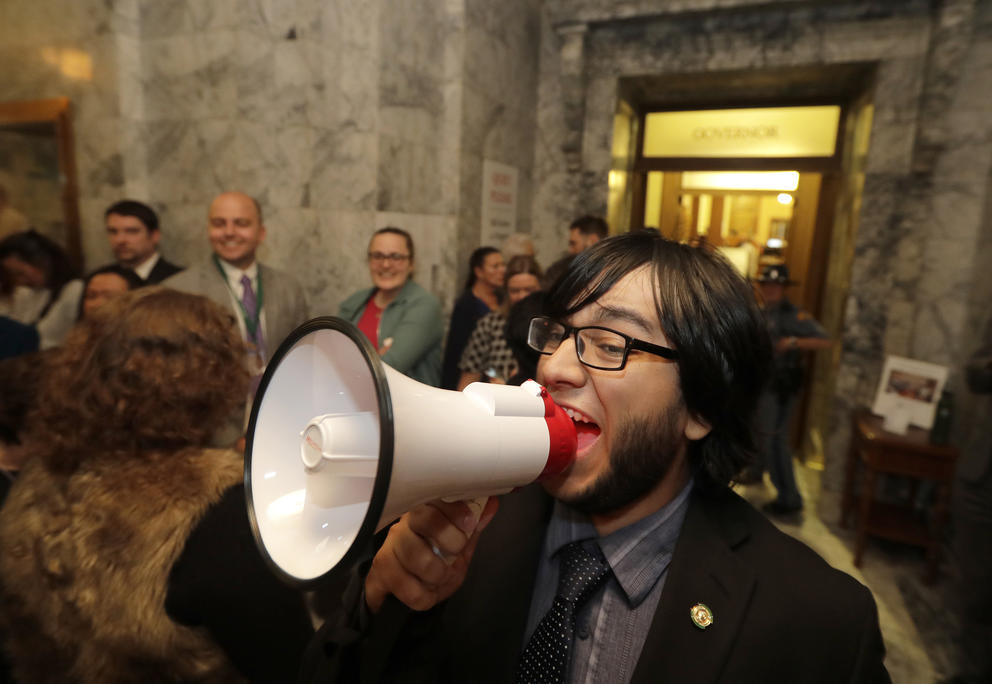 A larger-than-life tale of ransom and kidnapping recently prompted Washington lawmakers to block their personal financial reports from being posted on the internet. While the story turned out to be fake, the effect was real: Legislators in both chambers voted to ban putting their financial-affairs statements online, after state Sen Tim Sheldon shared a story of how a local elected official’s wife was kidnapped using that kind of information. (She wasn’t.)

This week, however, Gov. Jay Inslee stepped in. On Tuesday, the Democratic governor vetoed Sheldon’s amendment to House Bill 1195, which would have prevented politicians’ personal financial disclosure forms from becoming available online.

The forms, known as F1s, are designed to disclose politicians’ potential financial conflicts of interest, and are filled out by all elected leaders, from city council members to statewide officeholders.

In vetoing the amendment, Inslee said keeping such information off the internet would be “contrary to the interests of transparency and public disclosure.”

Most of the rest of the legislation, which included several other changes to campaign-finance laws, will still go into effect.

Right now, the required financial statements from politicians are the only campaign-finance reports the state Public Disclosure Commission doesn’t post online. Instead, members of the public have to submit a public records request to access that information about their elected officials.

The PDC, which is the state’s independent campaign-finance watchdog, thinks that should change — so much so that the commission requested that Inslee veto that part of the bill.

Had Inslee not done so, the commission would have been unable to move forward with its plans to start posting the forms online.

“We live in 2019 — easily accessible has long meant being on the internet,” said PDC Commissioner Russell Lehman. “It should be as easy as possible for the public to access that information.”

Reached by phone Tuesday, Sheldon said he misspoke on the Senate floor when he talked about F1 forms in the same breath as an alleged kidnapping of a utility commissioner’s wife.

“That was my mistake,” said Sheldon, a Democrat from Potlatch who caucuses with Senate Republicans. He said he didn’t mean to imply the commissioner’s wife was kidnapped, and that he should have chosen his words more carefully.

Still, the story was a key reason Sen. Sam Hunt, D-Olympia, said he urged his Senate colleagues to pass the ban on putting the forms online. In a voice message after the vote, Hunt repeated the kidnapping story in detail while explaining his support.

However, when asked by Crosscut last month, the utility commissioner in question said his wife was never kidnapped in Mexico, nor did he know of any crimes being committed using information from an F1 form.

“That’s part of why I’m not surprised the governor vetoed that section,” Hudgins said Tuesday.

“I think it looks bad when people tell stories on the floor of the House and the Senate that are difficult to corroborate,” he said.

Jaime Smith, a spokeswoman for Inslee, said the governor is not worried about the safety of elected officials — including his own — being compromised if the financial disclosure forms go online.

“While the unfortunate story created a lot of conversation, the governor does not fear transparency or believe it will cause him harm,” Smith wrote in an email.

The PDC lets elected officials omit certain information, such as their home addresses, from the required financial reports if there is evidence that disclosing those details could pose a security risk.

The veto did result in some additional consequences. Because Washington’s governor can generally only veto sections of a bill, not specific line items, his veto of the financial disclosure provision also removed certain guidelines that the PDC already follows, such as the requirement to maintain a website and post reports in a timely manner.
Partly out of concern for what would be stripped from the bill, Hudgins, Hunt and state Rep. Mia Gregerson, D-SeaTac, wrote a letter opposing the veto.

But in a letter asking Inslee for the partial veto, PDC Chair Anne Levinson said the Commission will continue its past practices uninterrupted. The Commission will then come back to legislators next year and ask them to reinstate those parts of the law, Levinson wrote.

Tuesday wasn't the first time Inslee has invoked his veto power over government-transparency concerns. Last year, he blocked an attempt by legislators to exempt themselves from the state's Public Records Act.  Lawmakers passed that legislation about a month after a trial-court judge ruled they were flouting the law by withholding government documents.

About 20,000 citizens contacted Inslee's office last year requesting that he veto that bill. 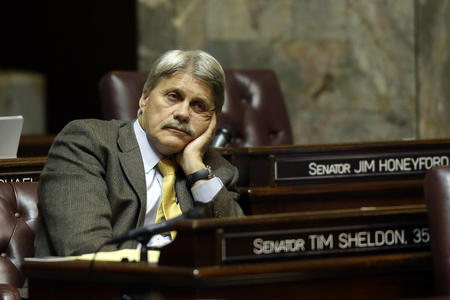 by / April 18
Article continues below