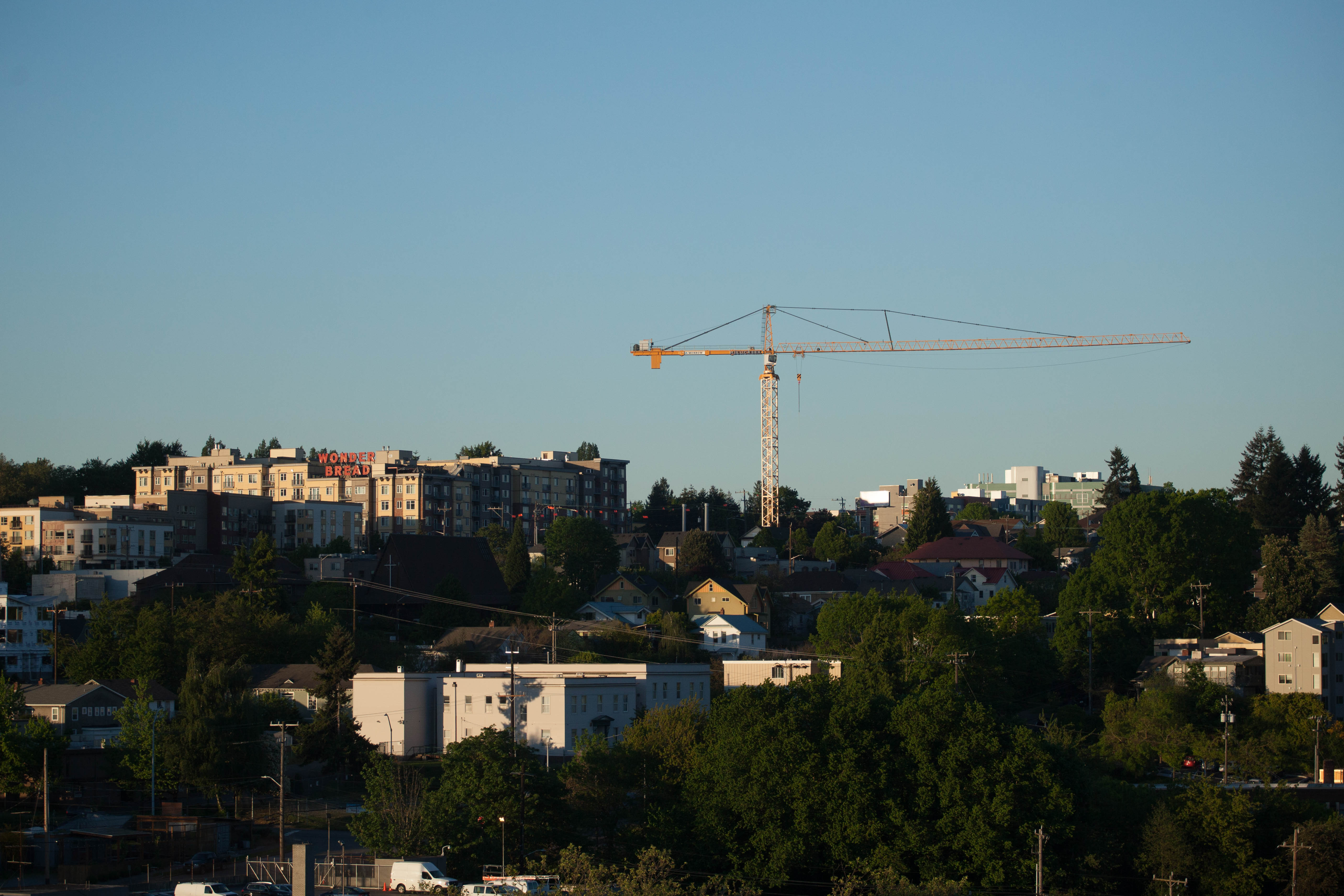 Seattle’s affordable housing shortage gets a lot of airtime, but the city isn’t alone in having one.

It’s an issue just about every state legislator is hearing about from their constituents, said Rep. Joe Fitzgibbon, D-Seattle.

“We have a pretty serious housing crisis in the state,” he explained. “It’s most acute in the central Puget Sound region. But as we talked about housing this session, we also heard about housing shortages even in rural parts of the state.”

Part of the problem is that wages have not kept up with housing cost increases. Median rents in Washington state rose 18 percent between 2011 and 2015, while mean incomes stagnated. Part of the problem is simply not enough housing is being built, which the state’s Affordable Housing Advisory Board attributes to a lack of funding, restrictive zoning and other regulatory barriers.

Last week, Gov. Jay Inslee signed into law a wide-ranging set of housing reforms sponsored by Fitzgibbon. The representative hopes the measures will address some of those key barriers to housing. The new laws will offer a financial carrot for cities to allow more density, loosen regulations to reduce the cost of constructing subsidized affordable housing, limit opportunities for legal challenges against new development, bar discriminatory bans on supportive housing for people exiting homelessness and more.

“I’ve been interested for a long time in finding legislative strategies to remove barriers to get housing built,” said Fitzgibbon. “I particularly want to promote infill development and transit-oriented development in the places where we have the infrastructure to support that. This felt like the right year to make that push, given how much we’re talking about housing affordability.”

Some of the new law is mandatory, especially the pieces related to subsidized affordable housing. The push for more density, however, is not. Rather, Fitzgibbon is hoping that by offering incentives for using certain tools, the state can move the needle on creating more housing supply to meet the demand.

The centerpiece of the bill is a “menu” of 12 things cities can do to promote increased density. They include allowing backyard cottages and basement apartments in all single-family zones; allowing duplexes, triplexes and courtyard apartments in single-family zones; allowing at least 50 units of housing per acre in areas near commuter train or light rail stations; and allowing 25 units per acre near high frequency bus stops.

In exchange for doing two of those menu items, cities will be eligible for a $100,000 planning grant from the state. That’s not a huge windfall, but “smaller cities tend to be pretty strapped for cash for planning work,” said Dan Bertolet, senior researcher at the think tank Sightline Institute, which supported the bill.

In addition, if cities take action on the menu items before April 1, 2021, they will be protected from legal appeals under the State Environmental Protection Act (SEPA). Development opponents often use SEPA appeals to delay or block cities’ attempts to change zoning regulations. They also can be used to block individual projects.

In Seattle, SEPA appeals have been used to delay reforms to ADU regulations, and have played a part in holding up the implementation of the Mandatory Housing Affordability program and the construction of affordable housing near Discovery Park, among many other examples.

“We don’t take losing SEPA lightly, but the housing crisis is a crisis,” said Bryce Yadon, state policy director at Futurewise, an environmental nonprofit that focuses on urban and rural land use. “We have a lot of homeless people and we need to provide housing for everyone. [This is] a short-term action to get cities to jump-start and approve greater density.”

An earlier version of Fitzgibbon’s bill would have made it mandatory for cities to do two items from the menu, but that was a nonstarter for the Association of Washington Cities, which typically opposes attempts by the state to preempt local control.

“Local governments want to maintain local decision-making authority,” said Carl Schroeder, Association of Washington Cities’ government relations advocate. “We agreed with the premise of the need for more housing stock. … But, fundamentally it’s about the complexity of the local housing environment, and the challenge it was always going to be for the state to step in and have it be relevant to all the communities around the state.”

Sightline’s Bertolet thinks the state will need to play a bigger role in this sort of land use work in the future, in large part because local communities often oppose exactly the sort of housing construction that will help them meet demand. “We see this bill as kind of trailblazer in getting the legislature to think about the state’s role in affordability challenges,” Bertolet said.

Though Fitzgibbon said he would’ve loved to see more mandates in his legislation, he still thinks the carrot approach will have an impact.

“For those cities on the fence about whether they should upzone where transit is in place or other infrastructure is in place, I hope this law tips the balance in favor of taking bold action to grow the housing supply. I know how hard those fights can be for city councils,” said Fitzgibbon.

Beyond offering incentives for the construction of market-rate housing, the new law takes several steps to make it more feasible to build subsidized affordable housing. Typically, zoning codes require developers to build a certain number of off-street parking spaces per unit of housing. The law now exempts housing developments for low-income seniors and people with disabilities from such requirements when they are built near transit stations, saving scant affordable housing construction dollars for housing people rather than cars. In Seattle, off-street parking can add $25,000 to $35,000 per parking space to the total project cost, according to a report from Victoria Transport Policy Institute.

The new law also bans cities from preventing the construction of permanently supportive housing in any location where other multifamily apartment buildings are permitted. Supportive housing is low-income housing with built-in counseling, rehabilitation and other services and programs meant to help people with addiction or mental health problems and often serves people exiting homelessness.

“There can be NIMBY pushback out of fear of low-income people and people with disabilities,” said Michele Thomas, Washington Low Income Housing Alliance’s policy and advocacy director.

The new law also adds a $2.50 recording fee to documents filed with county auditors. The revenue will be used for ongoing maintenance and operations of subsidized low-income housing projects around the state. Low-income housing providers often struggle to raise funds necessary for such maintenance. “By definition it’s very low-rent housing,” said Thomas. “This creates the first fund source for maintenance and operations, which is really critical.”

The Washington Low Income Housing Alliance worked on Fitzgibbon’s bill in part to push for specific affordable housing pieces. But it was also out of concern that a supply-side housing solution done in a vacuum can negatively impact low-income communities. Thomas explained, “A density conversation without emphasis on affordable housing can lead to gentrification and displacement.”

Fitzgibbon said that because the bill's density piece is voluntary, it is impossible to calculate how much housing will get built as a result. But he admits it probably won’t make a massive dent.

“I don’t have any illusion that this will change everything, but I do think in a number of places with opportunities to build more homes, this will tip the city council in favor of doing that.” In addition, Fitzgibbon thinks that his bill, coupled with the Legislature’s boost of Housing Trust Fund money and passage of other housing bills, Washington could “start to bend the curve on the housing shortage.”

Though the impact of the bill could be relatively light in terms of new housing built, many of its supporters see it as a new baseline for how the Legislature thinks about and acts on housing issues in the future.

“People who say the bill doesn’t do much really don’t understand that this is a glacier that now started moving in a different direction,” said Marco Lowe, government affairs director with the Master Builders Association of King and Snohomish Counties. “This bill is really the first step since the Growth Management Act passed in the early ’90s to say that what happens inside the urban growth area is absolutely the state’s business.”