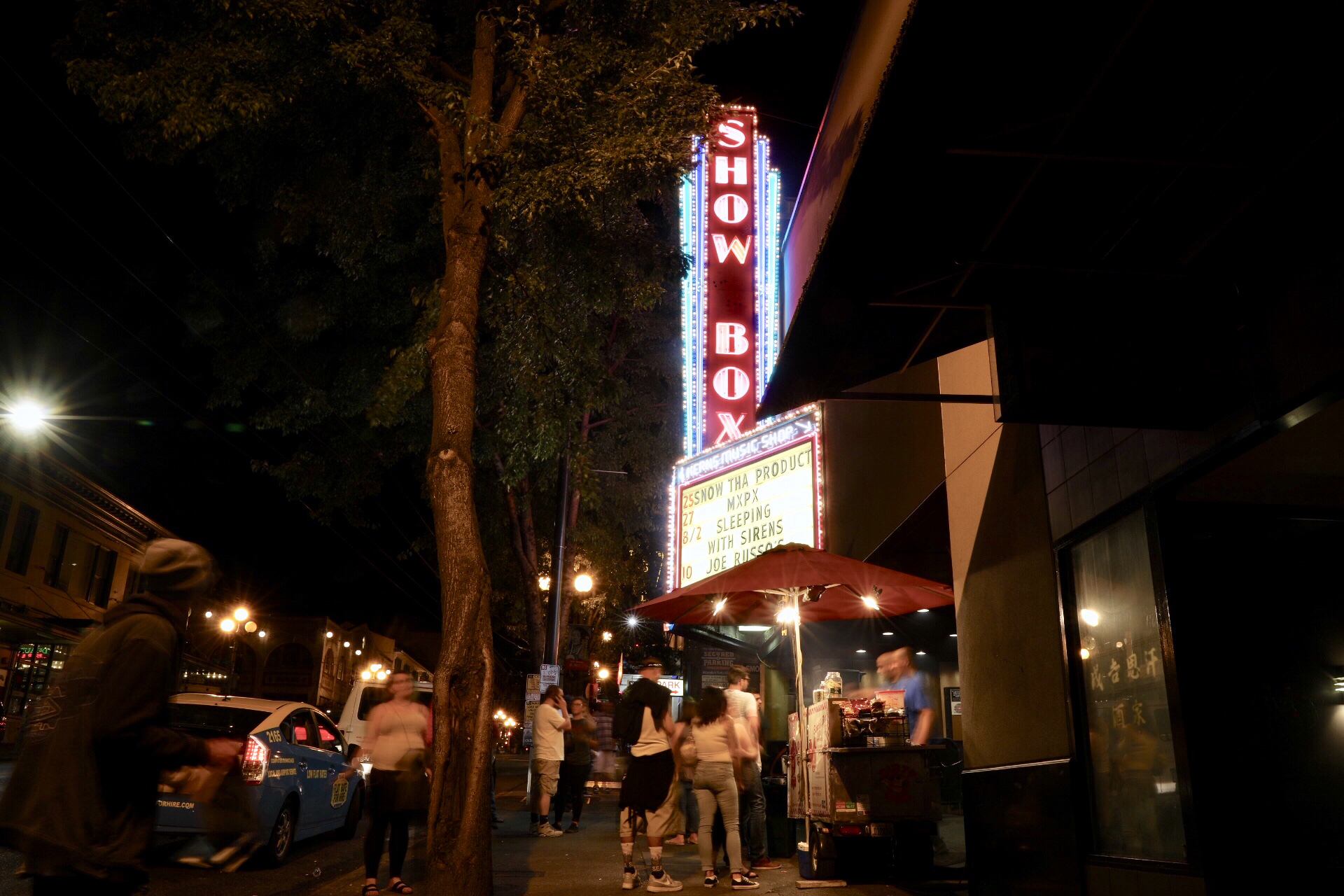 Seattle City Councilmember Lisa Herbold introduced legislation Monday to extend temporary protections of the Showbox for six more months as the city continues to cast around for a path to permanently preserve both the theater's space and its use as a music venue.

At the same time, Herbold also accused attorneys for the building’s owner of “changing the terms of negotiation” around a possible stay in ongoing litigation. Last month, Herbold told Crosscut that the attorneys had approached the city about a possible detente in the lawsuit surrounding the Showbox and its host building. The stay, Herbold said at the time, would provide breathing room for the city to continue its search for a potential buyer. Herbold said she believed the stay would be filed in court within weeks. The attorneys did not respond at the time to Herbold’s characterization of the negotiations.

But in an email Monday, John Tondini, attorney for building owner Roger Forbes, said, “we do not believe we are ‘nearing a temporary legal détente.’ … We are proceeding with the litigation and do not see a ‘grand bargain’ as near or likely. We have not seen real enough progress towards a buyer group emerging. The city has talked since August of last year about finding a buyer group, but nothing concrete has come together.”

In a statement Monday, Herbold said she was disappointed that the attorneys were “moving the bar to require the identification of a buyer’s group and sources of funding before we’ve even signed a standstill agreement. Again, the structure of the standstill agreement, as originally proposed by representatives of the owners, was a temporary settlement of the lawsuit, with the intention first taking 3 months to develop preservation options by using the standstill agreement as a way to pull together stakeholder interests.”

The fight over the Showbox began last summer after news broke that a development group from British Columbia intended to redevelop the First Avenue space into a residential high-rise building.

Responding to the outcry that followed, the city council opted to temporarily extend the boundaries of the Pike Place Market Historical District to include the Showbox, thereby imposing strict regulations on any changes to the space. The preservation strategy was intended to last for 10 months while the city explored alternatives to redevelopment, including a permanent expansion of the district’s boundaries or finding a new buyer that would keep the theater as is. That timeline is set to expire in July.

The district’s expansion led attorneys for Forbes, the building’s owner, to sue the city. He claimed, among other things, that the preservation strategy was an illegal taking of property and an illegal zoning change. He demanded $40 million in lost future income.

A judge last fall threw out much of the lawsuit, but allowed the zoning claims to move forward. Forbes’ attorneys have argued that the decision to include the Showbox in the market’s boundaries was essentially a downzone of the property and should have been considered in a quasi-judicial setting — meaning city council members would be required to stay neutral. The hearings surrounding the Showbox were decidedly not neutral, with Councilmember Kshama Sawant rallying supporters with “Save the Showbox” signs.

The city council will likely begin considering Herbold’s six-month extension this week. In the meantime, the city is still waiting on a consultant’s report on the neighborhood impact of a permanent expansion of the Pike Place Market district to include the Showbox. In an email, a spokesperson for the city's Department of Neighborhoods said the report is expected in June.

The Seattle Landmarks Preservation Board also has scheduled a hearing on the Showbox in early June. However, attaining landmark status is a porous protection, as it cannot mandate use of a given building and can be circumnavigated if the designation is seen as financially onerous to the building’s owner.